All roads led to Telford (no relation). Jeremy Corbyn chose the obscure Shropshire town to launch the Labour Party’s general election campaign. Boris Johnson was there to present the Conservative Party manifesto. Why Telford?

The politicians were there, of course, because the constituency is a key marginal, having swung between the two main parties by less than a thousand votes in the last three general elections.

Both men uttered the usual platitudes about the National Health Service. It is what they didn’t say that seems to me to be obscene. They ignored the inconvenient fact that Telford is the site of the worst maternity scandal ever to hit the NHS, with dozens of babies, plus three mothers, having died from medical incompetence over many years, and a further 50 babies having suffered needless brain damage.

These shocking figures were leaked to the online Independent newspaper from an interim report by midwife Donna Ockenden, who was commissioned in 2017 by the then Health Secretary, Jeremy Hunt, to investigate the scandal at the Shrewbury and Telford NHS Trust.

Initially she was asked to examine 23 reported cases of neglect over a number of years: the figure has now risen to over 800 after Ms Ockenden invited parents who believed their babies had died or suffered ill-treatment at the hospital to come forward. She would now like to consider cases going back nearly 40 years, but accepts that NHS records from that time may have been destroyed.

According to her leaked interim report, staff at the trust routinely dismissed parents’ concerns, were unkind, got dead babies’ names wrong and, in one instance, referred to a baby who died as “it”.

A report commissioned in 2013 by NHS managers at the trust had concluded that maternity services at the hospital were “safe” and of “good quality” and gave a glowing account of the care provided to mothers and babies. It was written by Dr Josh Dixey, a rheumatologist who is now High Sheriff of Shropshire.

Sources within the NHS Trust who commissioned the report now say that it had been “proven to be wrong, inaccurate and come to the wrong conclusions and recommendation,” though they stressed that it was based on information provided by the trust at the time. Until now, Morecambe Bay, which saw the avoidable deaths of 11 babies and one mother at Cumbria’s Furness General Hospital between 2004 and 2013, was the worst ever maternity scandal in the history of the NHS.

Telford has clearly superseded that dismal record. And the crisis isn’t over. Only this week inspectors from the Care Quality Commission have warned that mothers in Telford and Shrewsbury are still at risk. There are said to be desperate staff shortages and a lack of equipment used to monitor women in labour.

Yet the election campaign goes blithely on, with all parties vying with each other to pay tribute to “best health service in the world” and no politician daring to mention the elephant in the room – that the NHS is plagued with systemic failures and no amount of money will solve them all.

It all goes to show how shallow and superficial Britain’s politics have become. By this time next weekend, however, the political landscape may have shifted dramatically. Or will it? The truth is that nobody knows and, until the result has been declared, I see no point in speculating about it.

Is Joe the right leader?

England’s cricket performance in New Zealand – one humiliating defeat and one draw – is not encouraging for the new head coach, Chris Silverwood. He was previously the bowling coach, which is where the main Test match problems appear to lie.

James Anderson and Stuart Broad are nearing the end of their great careers and Jofra Archer still has much to learn about bowling in overseas conditions. The sad early death of Bob Willis highlights the failings of the current pace attack. In addition to that, England have no quality spin bowler.

Experiments are being made with the batting, with Dominick Sibley, Ollie Pope and Zak Crawley under hopeful scrutiny. It may be time to take a risk with some young bowling talent.

And I retain the belief that Joe Root, despite his overdue return to form with the bat, is not the ideal captain.

Who is Ruja Ignatova? Perhaps more important, where is Ruja Ignatova? The striking brunette appears to have disappeared in 2017 after boarding plane in Athens, having launched a new so-called cryptocurrency called One Coin. Latest reports suggest she may be hiding in Frankfurt under a new name.

Everyone has heard of Bitcoin. But what is One Coin? According to its critics, who are mounting in a number in countries across the world, it is a scam, a Ponzi scheme, a way of attracting investors while providing no guarantee of any return. It is known to have raised £4bn, possibly more, from investors,

Dr Ignatova appears to have well-sourced academic credentials from Oxford and Koblenz universities. A Romanian whose family moved to Germany when she was ten, she has worked for McKinsey’s and spoken at a conference sponsored by The Economist. In 2016 she made glitzy presentation for One Coin at Wembley Arena.

Rightly or wrongly, it is being assumed that she has run off with the £4bn that people had invested in the scheme. Another version is that she freaked out when One Coin raised far bigger sums than she had ever envisaged and attracted the interest of East European criminal gangs.

Two things amaze me about this story. One is that the One Coin website is still active, despite serious warnings from countries as widely dispersed as Bulgaria, Finland, Norway, Sweden, Latvia, Italy, Hong Kong, Vietnam, Hungary, Belize and Samoa. The other is that it has attracted very little publicity, despite a BBC documentary.

The Crypto Queen who vanished with £4bn: what more could any reader want? 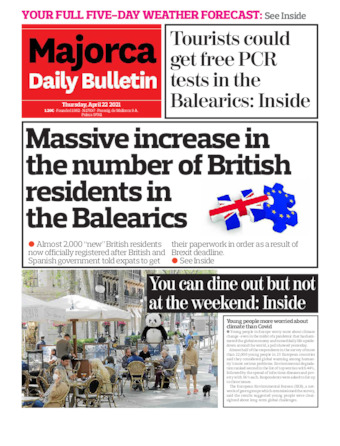