One's clock is ticking, as of tomorrow Harry and Megs will no longer be senior working royals. As of tomorrow and having escaped from Canada, on yet another private jet, they have hardly been given a grand welcome to the USA, not from the boss Trump anyway.

They slipped out of Canada and their 10 million dollar “borrowed” spread as quickly as possible before the country closed its borders because of coronavirus and are now due to set up home in Los Angeles where Megs has apparently found a job and can be closer to mum.

But, what is Harry going to do? He would have been busy with this year’s Invictus Games, but that has been cancelled and that would have come as a double blow. Apart from giving him something to do, it would have provided him with an opportunity to have clawed back some of the respect he has lost from the general public and, more importantly, the armed forces with many veterans no longer considering him “one of them” after his short service in the military.

I doubt they are strapped for cash, but they are going to have to start paying for their own private security, not to mention every day living. They may be able to cash in on the fact they are “royals”, well Harry is, in a country which seems to be royal family crazy. That said, within three years, Harry will have to decide whether he wants to become a US citizen or not.

Oh dear. In my humble opinion, Harry has been manipulated big style. He has given up everything for Meghan - his family, friends, home, job, lifestyle and income. I´m afraid he is going to regret this pretty soon. Harry has a sensitive disposition and was deeply affected by his mother´s death. Now he has been influenced by this strong minded woman. Big mistake Harry. Stay safe. 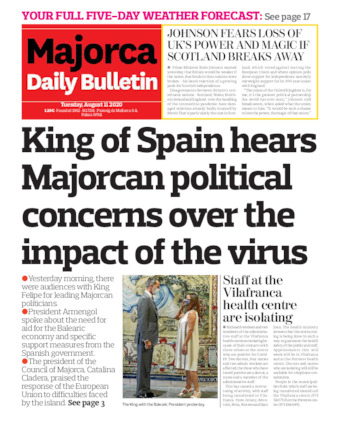