I survived, dried off and got right back on that rock face again

Rock climbing with Sa Foradada in the back ground. | Jeff Harter

I grew up in Boulder, Colorado which is small university town nestled on the foothills of the Rocky Mountains. High above Boulder are towering, jagged sandstone rock faces known as the Flatirons. There are hundreds of world class routes here with a huge variety of terrain and levels of difficulty.

This is where my friends and I learned to climb. Our only problem was that we didn’t have money to buy the necessary climbing equipment and our parents didn’t want us to climb so we did what today is known as free-soloing. We were in our late teens and had no fear. The great thing about the Flatirons was that they had super long climbs at a very easy level. You just had to make sure you didn’t fall and none of us ever did. Later on some friend's final got a rope and a couple harnesses and a few quick draws so we started climbing sport routes like most normal climbers. The year was 1980.

Jump forward 30 years. My wife and I moved to Majorca in 2007. I get a job on a sailing yacht after being here for only one month. But of coarse I took noticed of the gigantic, colorful limestone rock faces all over the island. I wondered if there were sport climbing routes set up on those big, beautiful crags. I arrive back on the island 6 months later and to my delight I found that Majorca was a world-class climbing destination. I didn’t know any climbers yet but on my sailing around the island I saw the huge cliffs above the water so I set out in search of climbing areas above the water. 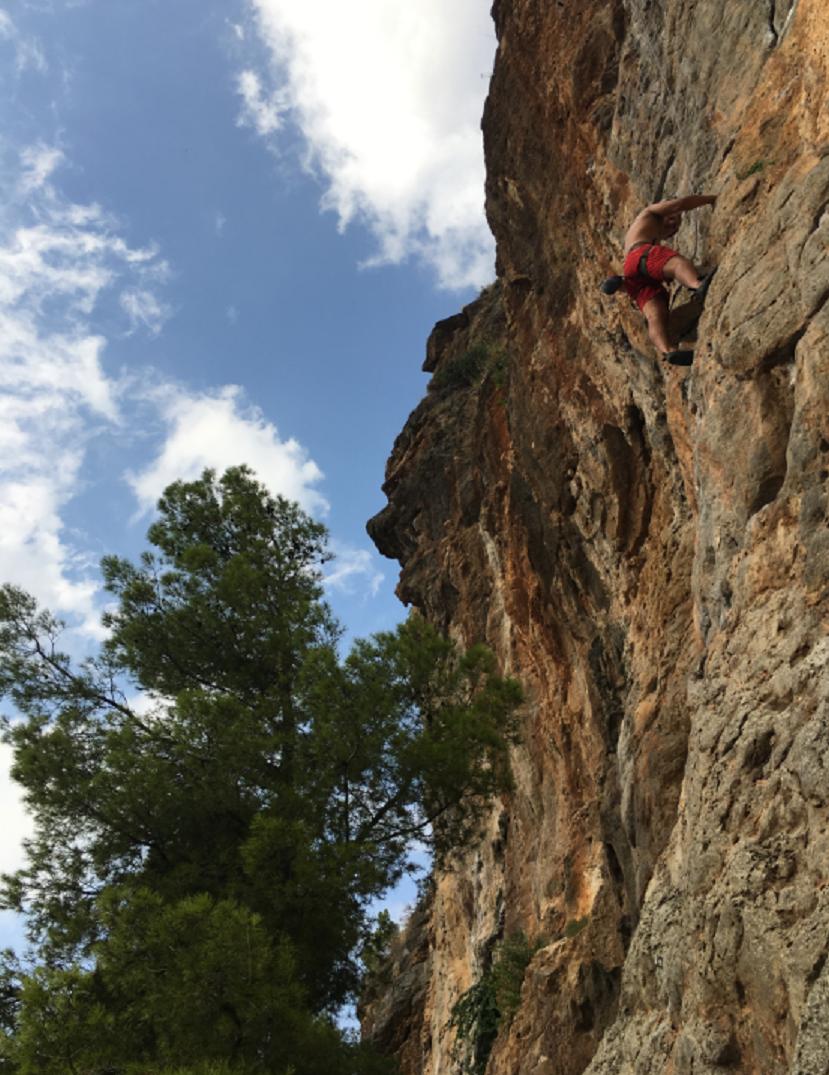 I found places I could climb above the water around Puerto Soller and Banyalbufar. I went on-line and found out this is called Deep Water Soloing. I then bought a local climbing book that lists all the Deep Water Soloing routes on the island. 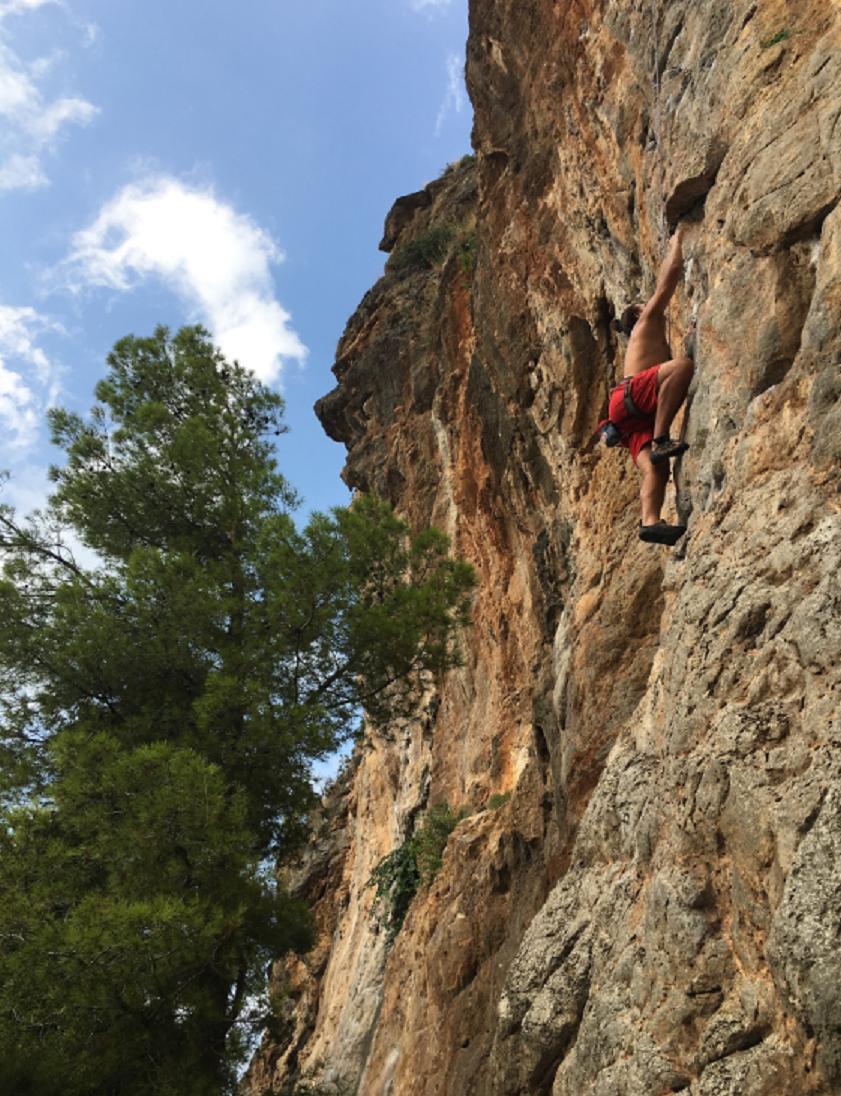 My favorite spot being Cala Barques. This spot is loaded with plenty of amazing challenging routes above the blue Mediterranean waters. Climbers come from around the world to climb this sacred spot. I fell pretty hard here once. I was at the top of a 7a route and going for a big move and didn’t quite make it and fell about 15 metres right onto my back. That water stung a bit but the funniest thing was coming up and seeing the expressions on the faces of the onlookers.

I survived, dried off and got right back on that rock face again.

I started meeting people and making new friends and finally met some climbers so I had my climbing buddies. Two brothers from Argentina and one guy from Norway. Lars from Norway was a very experienced climber and taught me a lot. We climbed mostly in the Andratx area where there are a large variety of sport climbing routes from easy 4a to difficult 8a. We would also climb in the canyon of Sa Gubia with its pristine limestone faces. It is a climber´s paradise with juggy tufas, overhanging roofs, steep slab walls and several awesome multi-pitches.

There are many other areas to climb in Majorca such as Cala Magraner located on the Eastern side of the island with the routes close to the water. So after working up a sweat climbing you can jump into the refreshing sea. Again a spot with plenty of routes for all different levels of climbers.

What I love about climbing is that as I get older (58 years old) I can still get out there and spend the day climbing with a friend, get a good workout, be in the wilderness and get that rush of adrenaline flowing through my veins that I so desperately need. And there is no better place to do that than on this incredible island of Majorca.