It was not alone among Mallorcan municipalities in having been declared a “vila” by King Jaume II at the turn of the fourteenth century, but Capdepera makes the most of this mediaeval connection by holding an annual Mediaeval Market.

First held in 2000, and so 700 hundred years after becoming a vila, the market - the term is fairly loosely applied - has become a major and hugely popular event on the annual calendar. Whereas others have dabbled with mediaeval markets, Capdepera goes the whole hog and turns the clock back to the days of Vikings and goodness knows what else.

From the time it gets under way, the village will create an atmosphere of several centuries before. The whole weekend features weird and wonderful mediaeval characters - barbarians, tribal dancers, jugglers - with numerous processions and more. For visitors in Capdepera’s coastal resorts, special transport is laid on to and from Capdepera village.

There are bus services from Saturday to Sunday and Friday to Saturday evening. See times below. 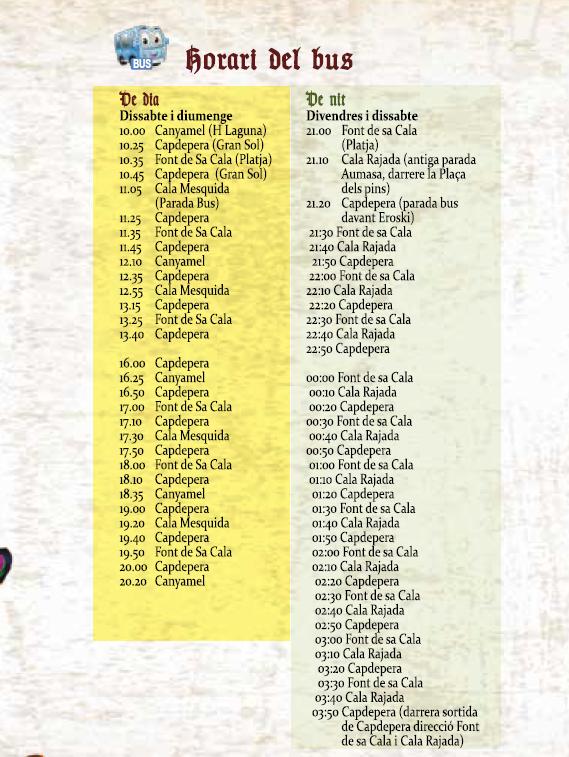 Also there is a train service from Capdepera (in front of Eroski) and Cala Ratjada (Plaça dels Pins). See below times. 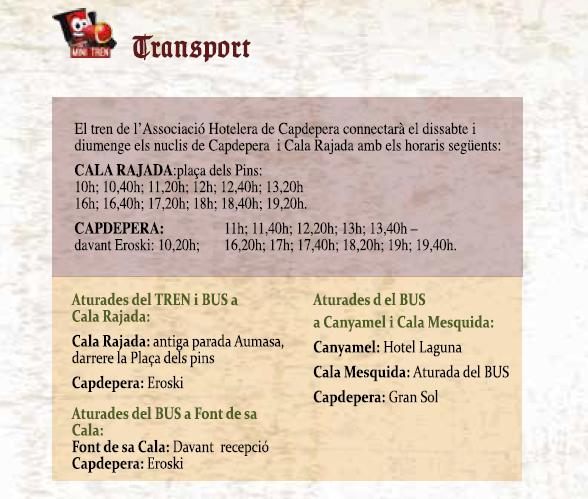 There are public toilets in Plaça del Sitjar and Plaça Constitucio. Free parking at the Poligono, Can Roncero and Sports Centre.