A popular lunchtime venue, partly because of their splendid €16.50 menú del día

The salt cod suprême with chips and veggies. | Andrew Valente

A couple of week’s ago some friends who move in quite different circles, told me they had heard that Casa Gallega wasn’t as good as it used to be, that portions were small and there was a general drop in standards.

I immediately told them that sounded like the biggest piece of fake news I had ever heard. Casa Gallega is Palma’s greatest ever success story and since it opened several years ago it has been playing to full houses for lunch and dinner every day of the week.

They are so popular as a lunchtime venue, partly because of their splendid €16.50 menú del día, that they have two set sessions for lunch. When you phone to make a reservation, you are asked if you want to 1.30 sitting or the 3.30. I know of no other restaurant that does two sittings.

A lowering of standards at Casa Gallega? They are so well organised and highly professional I am sure that would never happen. But checking up was a good excuse for having another menú del día, my first since June of last year. So how are things at Casa Gallega? I can reply in three little words: better than ever…even although some of the prices have gone up a little. Just over two years ago, the menú del día was costing €15.50, so in that time it has increased by €1, a rather modest amount over a two-year period.

But the fact is we are getting so much more for that €1, including a more varied choice of starters and mains, some of them in the à la carte class. For starters you could have had gazpacho, caprese salad, spaghetti marinera, black rice with cuttlefish and gambas, canelones stuffed with Iberian ham or a fish and seafood salad called salpicón, among others.

For main courses they had mixed grill of fish, a fillet of pez de San Pedro (John Dory) with deep-fried crisp onions, a grilled salmon suprême with a mustard and dill sauce, fresh sardinas a la plancha, a breaded escalope of chicken with rice and a curry sauce and roast suckling pig, among others.
I don’t know of any restaurant doing a menú del día with so many up-market choices. At the very few places that put roast suckling pig on their menú del día, there is always a supplement of at last €4. But not at Casa Gallega.

Another innovation was that the menú del día includes a bottle of still or fizzy mineral water, plus a glass of wine, caña or soft drink.

At the end of the meal, as sometimes happens, the waiter asked if I wanted a digestif on the house, one of them an orujo, Galicia’s famous eau-de-vie that is transparent like gin and vodka.
It’s as strong as all of the other spirits and I took little sips and used the fizzy mineral water as a chaser. In the end I poured half of the orujo into the glass of mineral water and it added a lovely taste.
I gave a 10 rating to something that had nothing to do with management, the kitchen or the waitresses, but which is always very much in evidence when we eat at a restaurant.
When I went to Casa Gallega on June 4 two years ago, it was my first meal out after some of the pandemic restrictions were lifted.

Capacity was reduced by half so there were fewer tables and chairs in the rather large Casa Gallega dining room. I wrote at the time: “That means a more tranquil and quieter dining room and you can converse without having to shout at each other.” 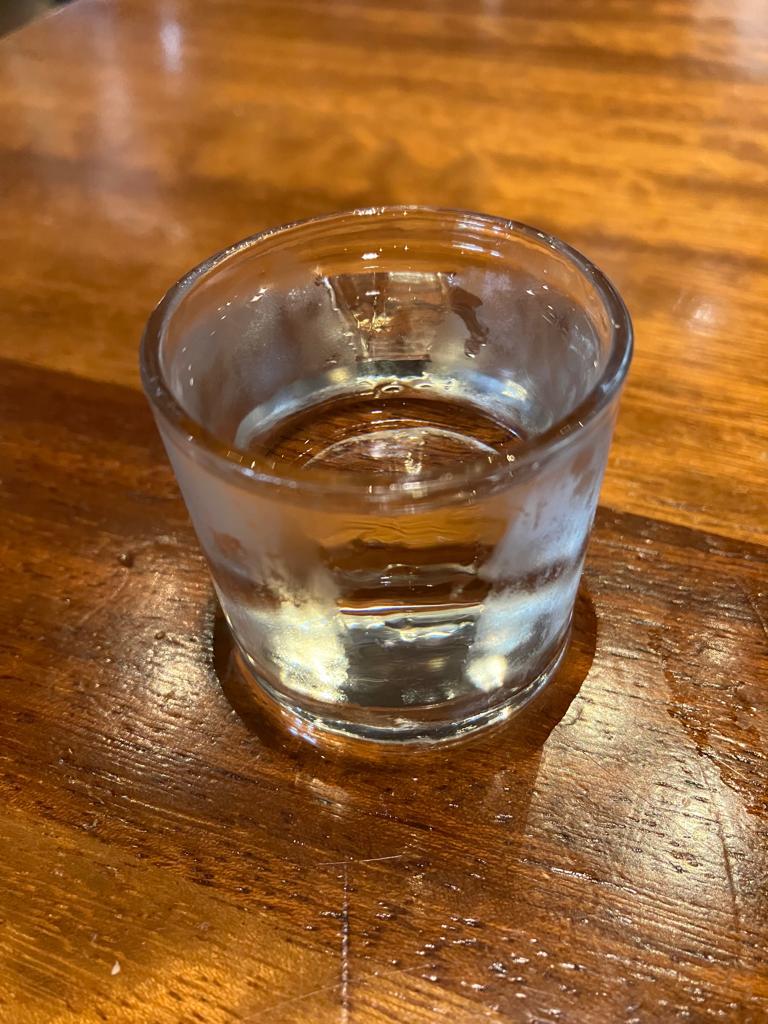 At Casa Gallega they are back to their usual numbers of tables, chairs and customers. But on Monday there wasn’t a single person at any of the tables speaking above a normal conversational voice. If I listened I could hear what the people at the nearest table were saying, but if I concentrated on what I was reading, their voices were just murmurs in the background.

Spaniards are always extremely voluble and the din they can create in a restaurant dining room (or anywhere else) has to be heard to be believed. But on Monday all diners kept their voices down to normal conversational level and that helped to make the meal a most pleasant one. That’s why all those soft-spoken clients were awarded a 10 rating.

Eating at Casa Gallega is always a pleasure partly because they have such a large choice of up-market starters and mains. I know of no other place with such a varied menú del día and one in which cooking standards are so high and portions so generous. The cooks also have such an interest in their work that they find time to ring up a few changes in everyday dishes. This time they had a new take on calamares a la romana: the rings of squid were done in a batter that contained some of the squid ink. That meant the squid rings were black instead of a golden colour. The dish looked a bit of a mess but it had a great taste. A suprême of bacalao (salt cod) is seldom seen on a menú del día because salt cod is so expensive. But Casa Gallega served a large piece with veggies in a white sauce plus the biggest chips I’ve ever seen. The salt cod was cooked slightly more than I prefer but it would have been to most other people’s liking. The menú del día dessert was a lovely jam-filled spongecake served with ice cream and nuggets of fresh pineapple and flavourful watermelon. The à la carte dessert of thick batter-fried apple rings on a custard base and with vanilla ice-cream cost €6.90 and was worth every centimo. It all added up to a 10-rated menú del día.

Casa Gallega’s €16.50 menú del día, with its large selection of up-market starters and mains, is the best one I know of. The à la carte dishes are also worth looking at.

Restaurante Casa Gallega Avenidas, Avda Conde de Sallent 15, Palma. Tel:871-948115. This place fills up very easily, so don’t go without a reservation. For a lunchtime booking you will be asked if you want the 1.30 or the 3.30 sitting.