“A cosy, casual dining restaurant serving the best of British food with some little Mallorcan twists”.

Coming to this restaurant, in Palma's trendy Santa Catalina neighbourhood, the first thing I noticed was their green-shuttered windows decorated in autumn leaves, quinces and small pumpkins. Autumn was in the air (despite the persistent summer temperatures), and a wave of nostalgia washed over me... As I walked in, and explained to Amber that my “date” stood me up, but I would still like to eat and have a table for one, Rob piped up from behind the counter that he “would come and sit with me should I feel lonely”! I laughed and instantly felt as if I was at one of my cheeky cousins’, somewhere familiar, warm and welcome. 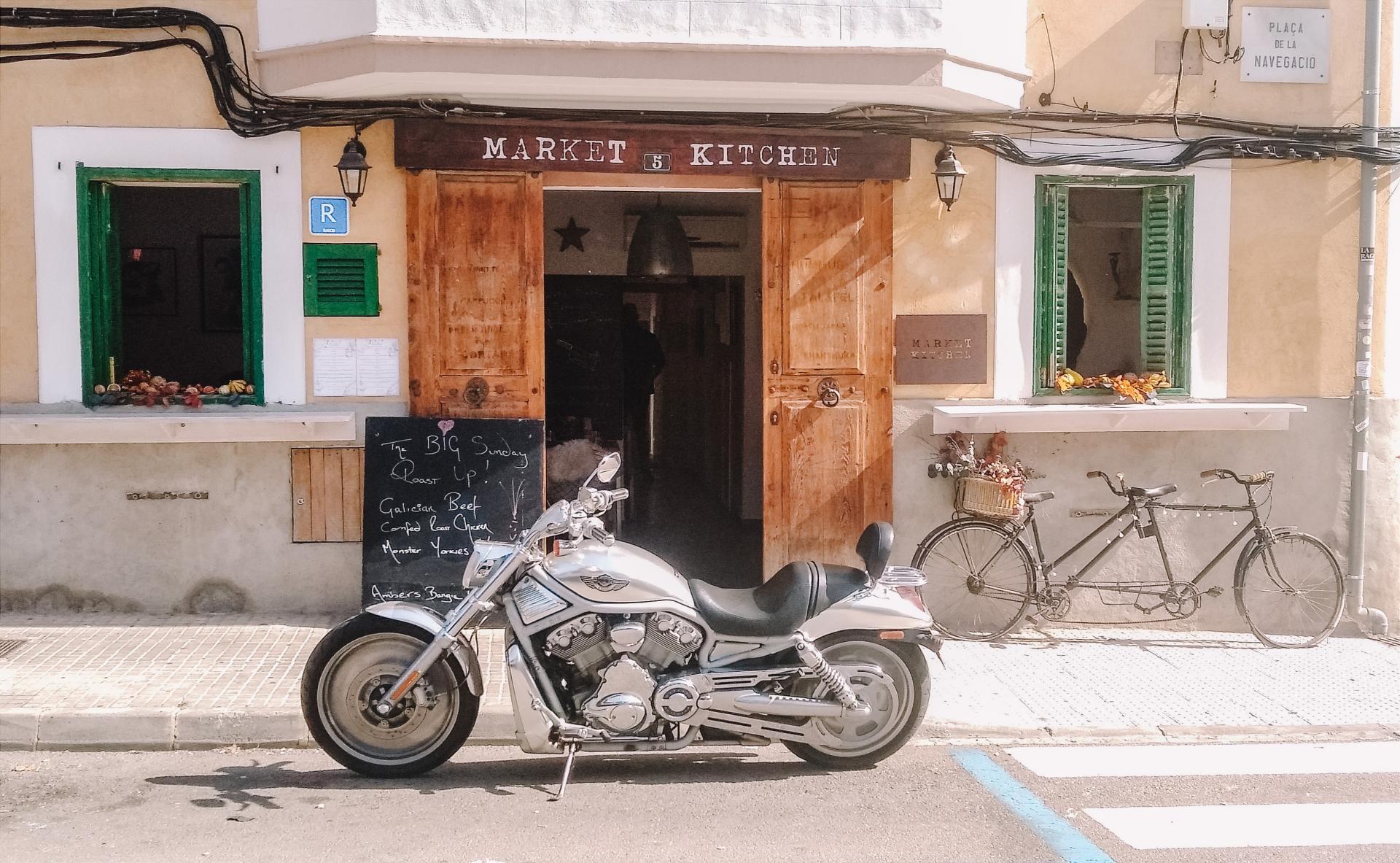 In their own words, Market Kitchen is a “cosy, casual dining restaurant serving the best of British food with some little Mallorcan twists”. It is owned by Rob and Amber Kirby, a husband and wife “team”. Rob has been a chef for over 40 years; he is a regular contributor on BBC TV and an award winning author of 3 cookbooks. He cooked for the British Royal Family and is a fellow of the Royal Academy of Culinary Arts.

As I sat down and ordered, with no one to talk to except my phone, I started noticing the décor. The typical Mallorcan colourful and intricately patterned floor tiles were contrasted with white walls full of British pop art. There was even a drawing by Tracy Emin. I chuckled at a framed £10 note where the Queen's head was replaced with Diana's. In the far corner there was a bookshelf with Rob´s books and a cheeky scrawling on the wall saying: Chef's Ego. I loved this place! 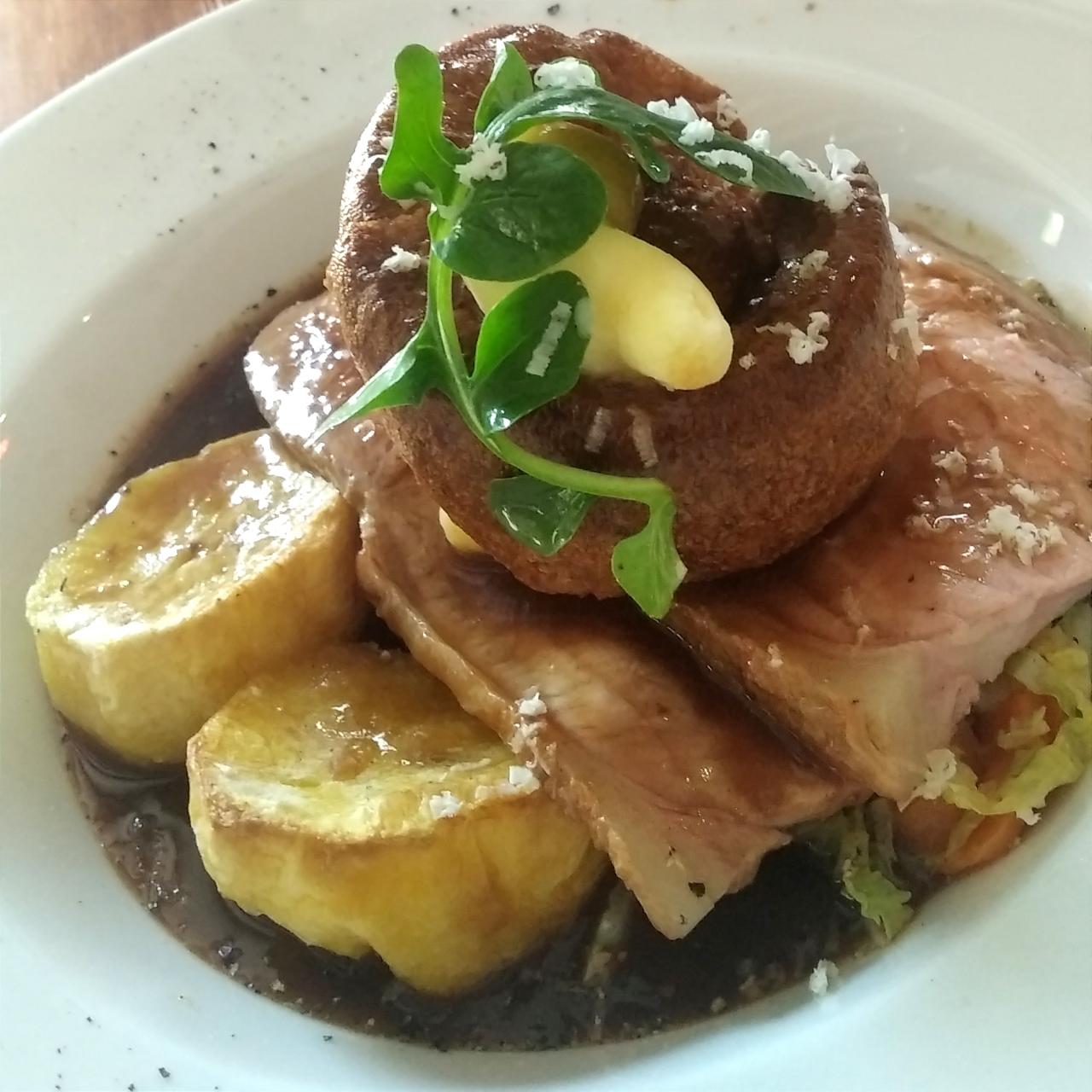 I was thinking about a pork roast (my usual meat of choice), but decided to go for beef instead. The portion was huge and beautifully presented. The two generous slices of Sirloin, with just enough fat on the edges not to be dry, were up there with the best beef I have had on the island. Each bite melted in my mouth. The greens had a pleasant crunch, just as I like them. There was a liberal splash of gravy over it all, but not too much to make the meal soggy. The Yorkshire pudding was also nice, and I enjoyed the last bites of it on their own, at the end of the meal.

The only things that I was not a huge fan of on this plentiful plate of home cooking were the roast potatoes. Then again, this might be entirely down to the fact that I am a bit of a potato snob. Being from Lika, a part of Croatia whose floury potatoes are on the register of protected designations of origin and protected geographical indications in the EU, I very rarely come across potatoes that are as good as “back home”. However, several of my English friends who have eaten at Market Kitchen before and after me assured me that the potatoes here were just fine, even very good.

The service at Market Kitchen was incredible! I have rarely experienced such a genuine care for and interest in their customers on this island. Both Amber and Rob, as well as the two waitresses whose names I have shamefully forgotten, are treating everyone as their best friends, checking how was the food and cracking jokes between the serious business of cooking and serving. I noticed that Amber knew many people by their first name, so there were clearly many repeat customers in the crowd. 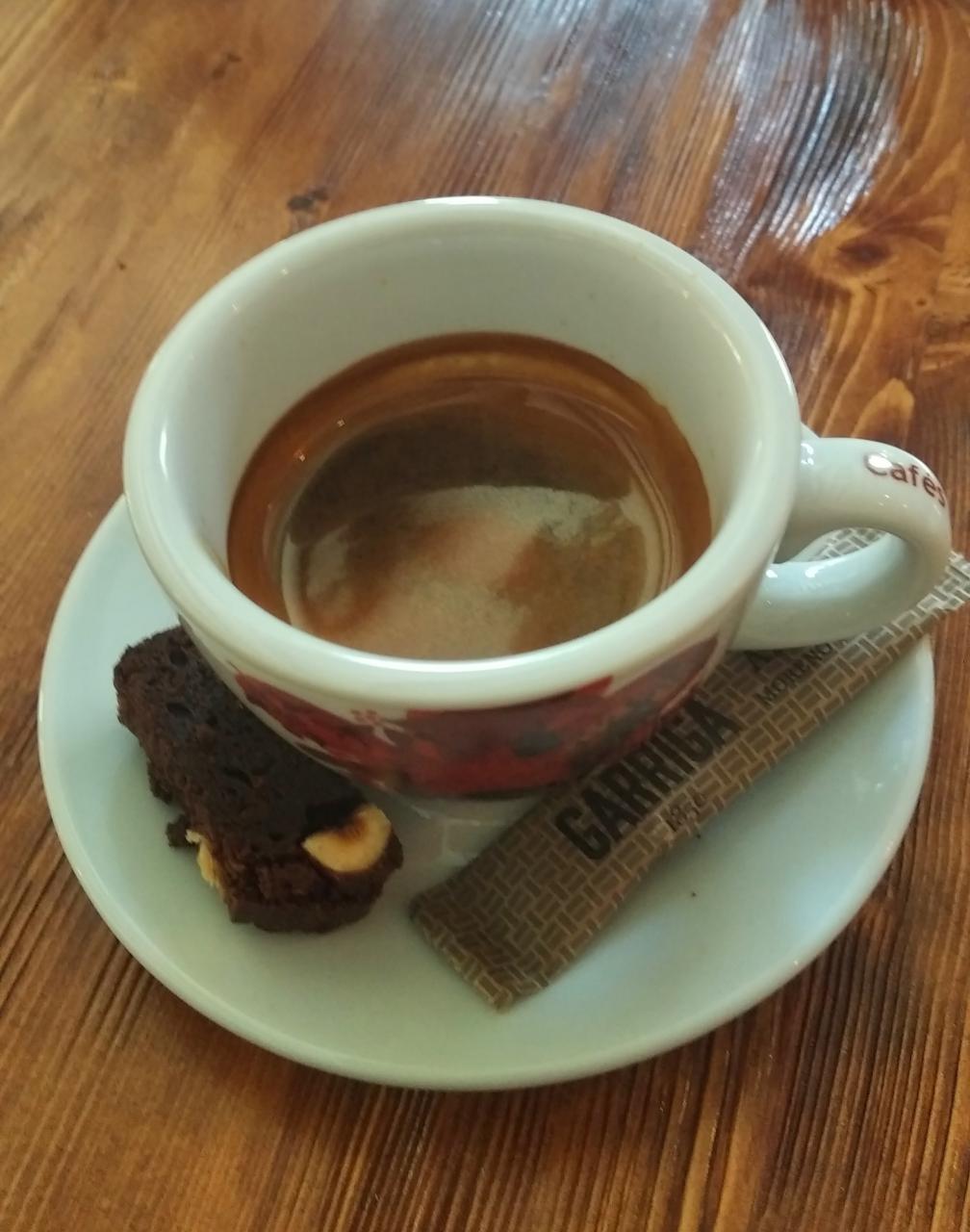 And what about the crowd? On the Sunday I went, there was a real mixture of “three generations of families” coming to eat out together, some “London lads”, a couple possibly on their first date and even some fathers out with their children.

Overall, I really enjoyed the dinner. As I almost cleared off my plate, there was definitely no room for a pudding, but I did have a cup of a coffee. It was Garriga, a Barcelona based brand with a 160 year old tradition of roasting coffee. As commercial coffees go, this was very good. My double espresso was served with a tiny cube of a delicious brownie. Any place that serves a little treat with their coffee gets a big” thumbs up” from me!

As I was there by muself, with no conversational distractions, I could really enjoy every mouthful of my food and soak up the great atmosphere. I might do this solo dining business more often! And I will definitely be back to Market Kitchen - even if I have to take Rob up on his offer to sit with me!