Being at the edge of Santa Catalina, Spot Mallorca is one of those places that is easy to walk past if you don't know where to look for it. Yet, since I started writing this column, several of my friends have asked me have I eaten there and what I thought about it. So, here goes…

The first thing that grabbed my attention, as I walked into the restaurant, was a about a metre high blown up photograph of a wolf staring right at me! I am not sure whether I feel more fear or admiration for these wild animals, but they certainly remind me of cold winters in the mountains back home. In any case, this wolf is here as a nod to the name of a group of restaurants, En Compañía de Lobos (In Wolves' Company) of which Spot is a part. 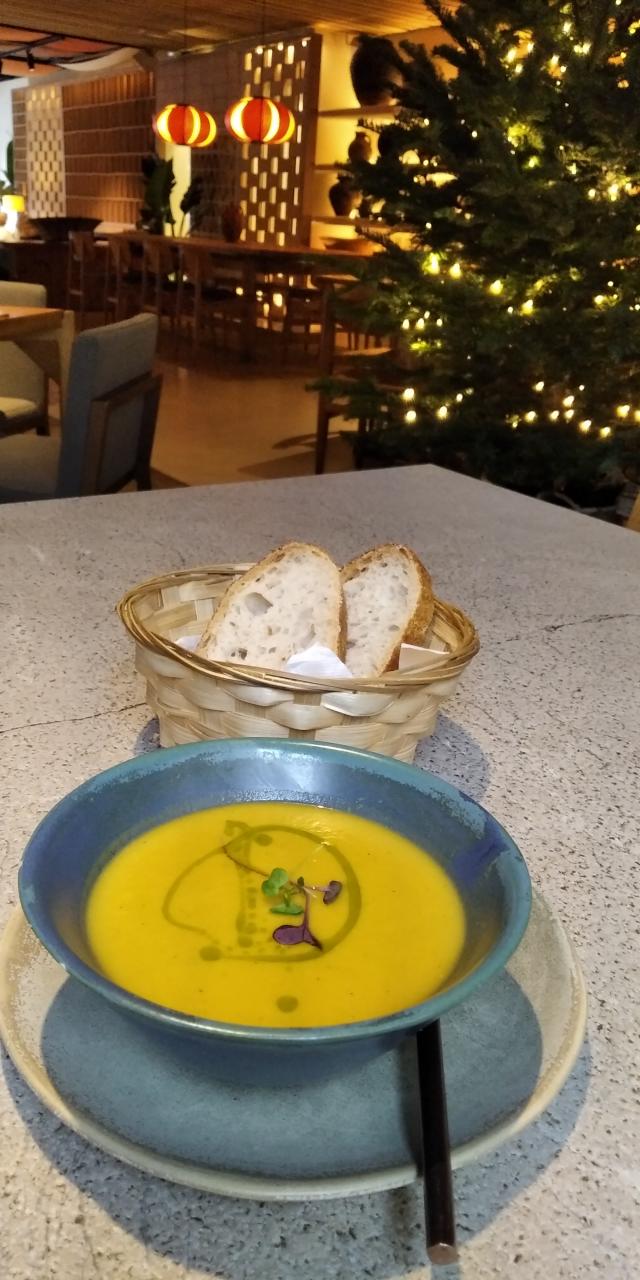 There are several restaurants in each Madrid and Barcelona, and one - Spot - here in Mallorca. The man behind brand, Tomas Tarruella, created all these restaurants with the same essence in mind: “spaces with character, quality interior design and gastronomy, with an avant-garde ambience”. They are inspired by “his personal interests and life experiences, his travels and his curiosity for other cultures”.

I was impressed with the spacious and stylish interior here and I particularly liked the space around the bar, where solo diners could either dine uninterrupted, without feeling alone, or chat with the fellow diners to either side of them if they feel like it. That was pretty cool! It was the tail end of the lunchtime and the restaurant was only half occupied, but the bar dining area was full and pretty lively.

As for the food, I followed my usual brief and went for the Menu del dia. It included three courses, bread with alioli, a drink and a coffee at the end. I began with a green vegetable soup, which came in a pastel coloured bowl, drizzled with a splash of oil and served with some extra bread. I am usually not a fan of creamy soups, I prefer to see the chunks of whatever vegetables go in, but I really enjoyed this cream soup here today. It was tasty, filling and perfectly seasoned.

For the main dish I went with tuna marmitaco. The waitress told me that this dish was typical of Asturia, Cantabria or the Basque Country. It was essentially something like a beef stew, rich and flavourful, but with chunks of tuna instead. Unusual, but very, very appetising! I was not too keen on the fact that it was served with fries; I would have preferred it with mash or even a baked potato, but I scoffed the whole thing down nevertheless. 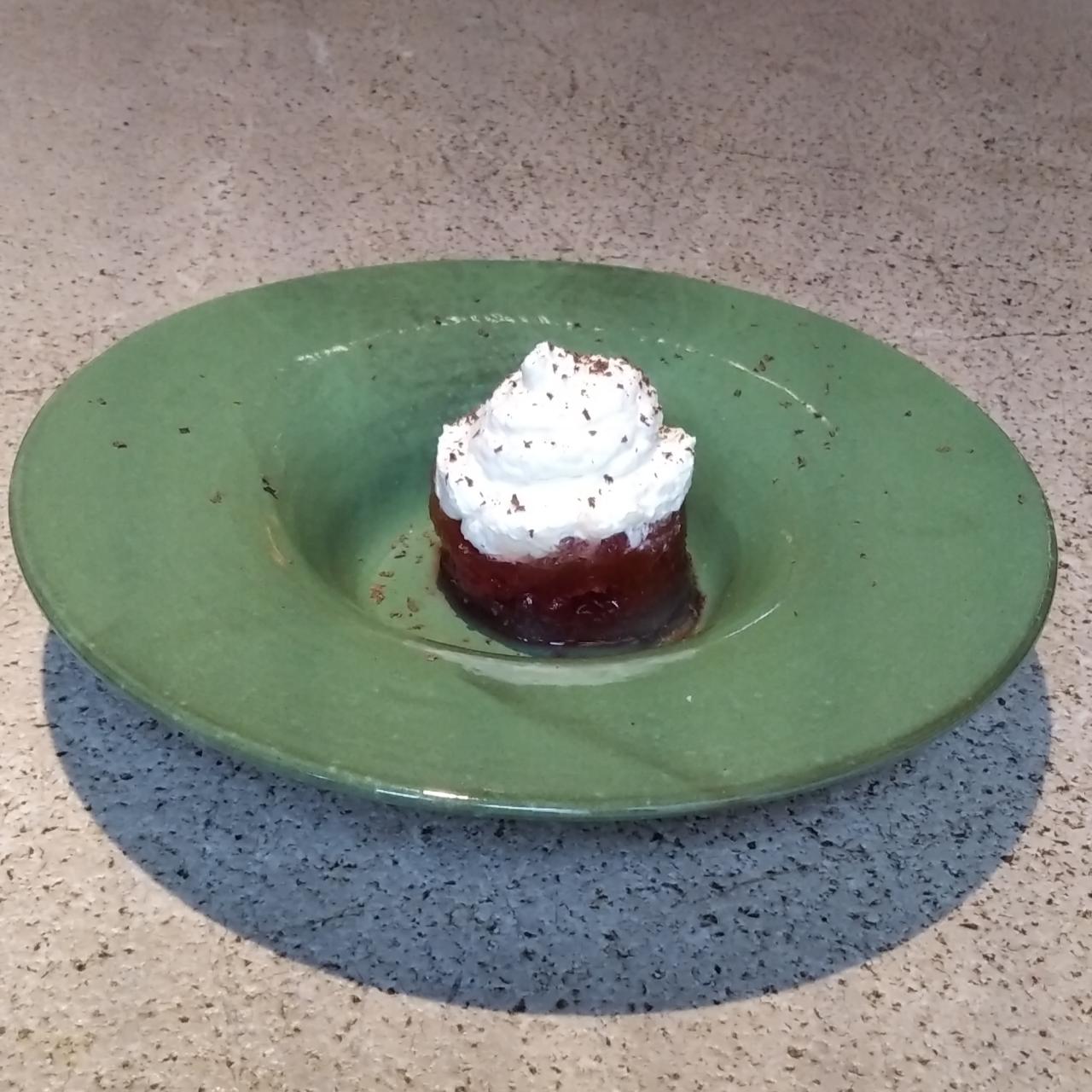 I understood that the desert was going to be a white chocolate and forest fruit mousse, but it turned out to be more like a trifle, with just the shavings of white chocolate on top of the whipped cream. Even though it was not what I had in mind when reading the description, it was totally scrumptious! I finished it all, bar the last spoonful.

I ended the meal with a decent cup of cortado coffee and made a note to come back in a while to try some of the appealing dishes from the regular menu. A friend told me that evenings here were quite fun and lively, so I will definitely return at night.

Doing background research for this column, I stumbled upon Tomas Tarruella's quote that said: “I don't want places that are fashionable or that become fashionable. I just want people to like them!" Judging by Spot Mallorca, I would say that he succeeded in his mission!