An original and exclusive “hidden" bar in Palma!

Even once you are inside the Morokko restaurant; it is quite easy to miss its original and exclusive bar, “hidden” behind one of the side doors. This little gem is found in a small street in Jaime lll neighbourhood. It forms a part of Hotel Riad and has a reputation for great food as well as innovative cocktails, just like the rest of Tast Group it belongs to. I read some great reviews of their Moroccan/Mediterranean/Oriental fusion cuisine, but we are going to focus on drinks this time. 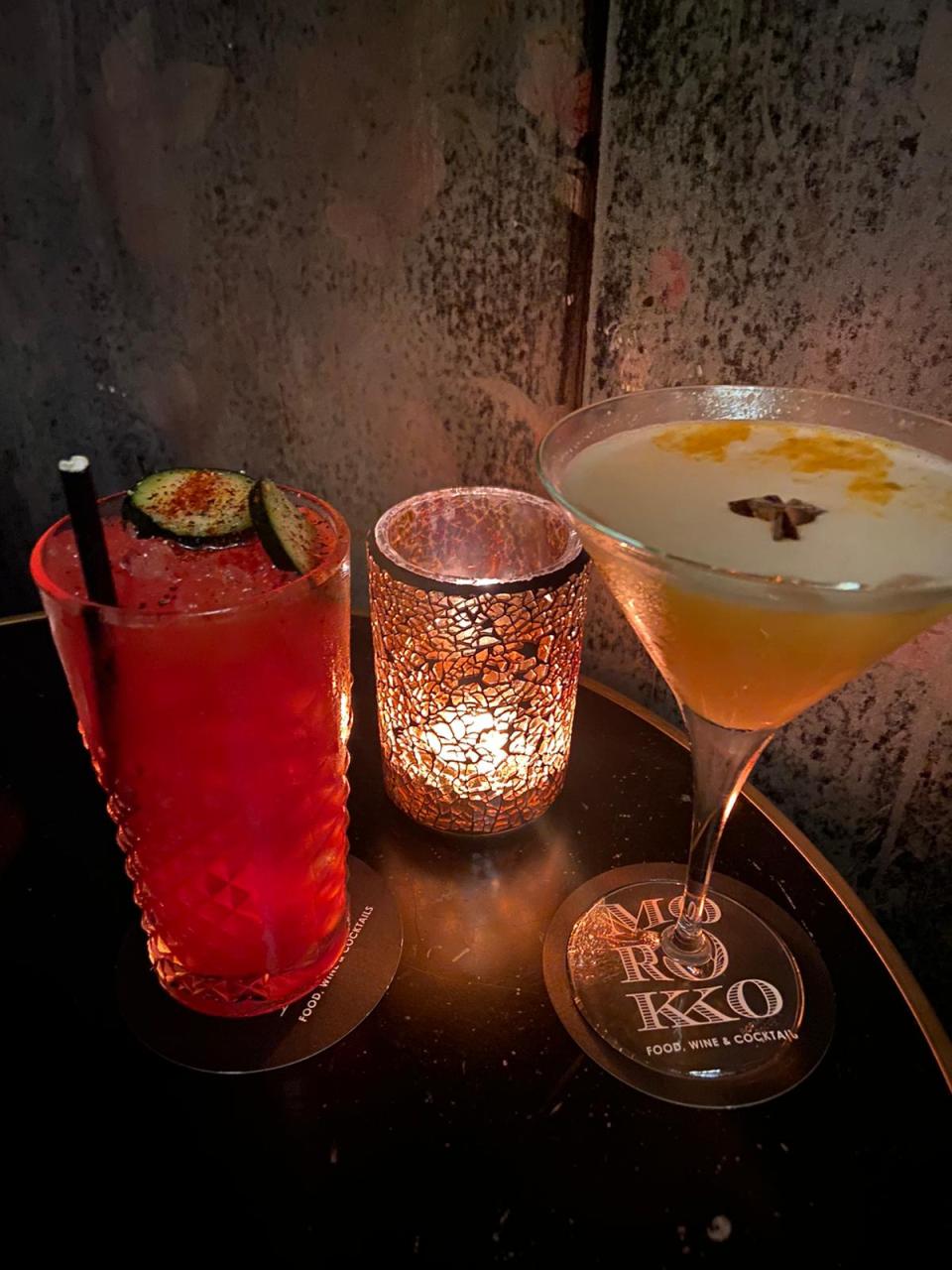 A friend decided to start with a Bloody Mary while I went for the signature Riad cocktail. A bit of history lesson here, in case you never knew… Bloody Mary was apparently invented a hundred years ago by a French bartender named Fernand Petiotin at the New York Bar in Paris. This later became Harry's New York Bar, a frequent Paris hangout for Ernest Hemingway and other American migrants. Now, two Balkan migrants tried this Bloody Mary here in Palma and neither of us were hugely impressed.

The cocktail was served in a pretty, tall rock glass. The taste was good, with just the right amount of spices, including cayenne pepper for a warm kick, but there was way too much crushed ice and the texture was watery, not quite thick enough. 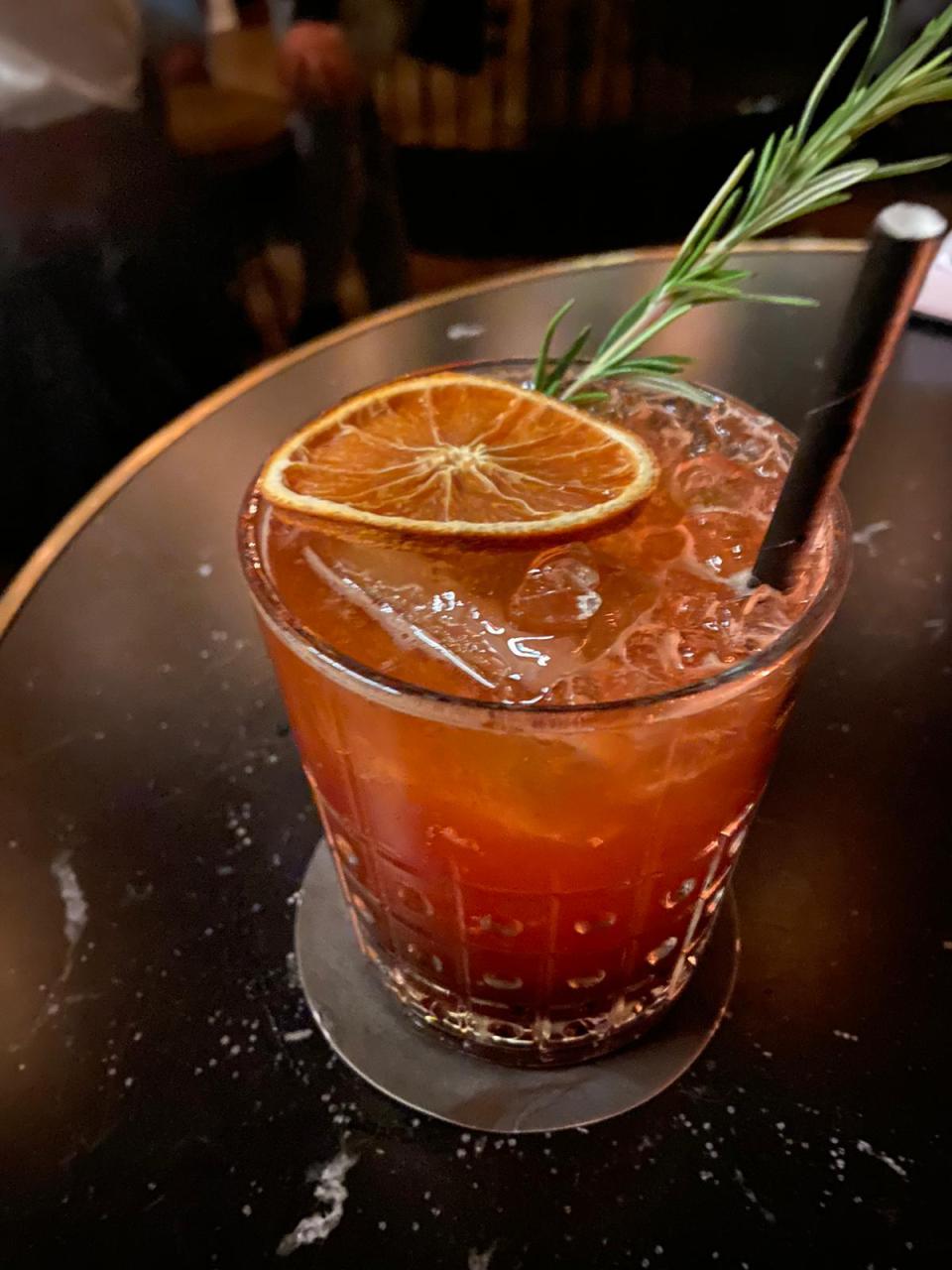 Morokko's signature cocktail, Riad, was a vast improvement! Served in a classic martini glass, it both tasted and smelled fantastic – fresh, fruity, really citrusy and slightly anisey. I would have happily taken one more of those, but for the purposes of research needed to try something else.

The last cocktail we tasted was Tramuntana, served in a short rock glass, over a single large cube of ice, which I thought was pretty cool. This was another light and fresh cocktail, beautifully garnished with a dehydrated orange slice and a tiny brunch of rosemary. 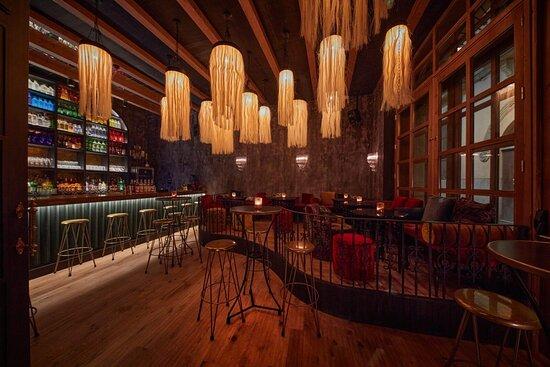 Both my friend and I loved the dark interior and an interesting mix of guests here. Lighting fixtures were particularly eye-catching, and I found out that the long “light shades” were made of synthetic hair. That was pretty unique! In fact, this whole place was pretty unique and I will definitely be back to try some more cocktails soon…

Till next time – cheers!