The basic sponge was so versatile

Even when you simply scratch the surface of gastronomy’s history, you cannot fail to be amazed at how creative the early cooks were. Look at how they mixed water and flour and eventually gave us bread and baking.

Cooks much later showed how clever they were by combining flour, eggs, honey and yeast to make the sponge cake. They then showed how versatile and inventive they were by turning out all kinds of cakes based on this basic mixture.

In Spanish cooking alone, this original sponge, called ‘bizcocho’, eventually led to many variations on the theme all over the country.

As suppliers diversify as much as possible in a move to maximise their profits, some of this rich heritage of the original sponge cake is widely available here. The big supermarkets produce their own kinds of sponges and there is plenty to choose from.

At El Corte Inglés you will frequently see variations on the sponge theme brought over from the mainland. Look around and you will find some tempting buys at very good prices.
A Catalán sponge called ‘pa de pessic’, a speciality in Vic, is one I see from time to time at El Corte Inglés. It is made with eggs, icing sugar, butter, baking powder and a mixture of three parts potato flour to one of plain flour. It is baked in a round mould, cut into wedges, and traditionally served with a glass of sweet wine.

‘Bizcochos’ are often made in rectangular shapes and then cut into squares which are soaked in rum, sweet sherry or liqueur. They are known as ‘borrachos’ (drunks) because of the alcohol they have imbibed. 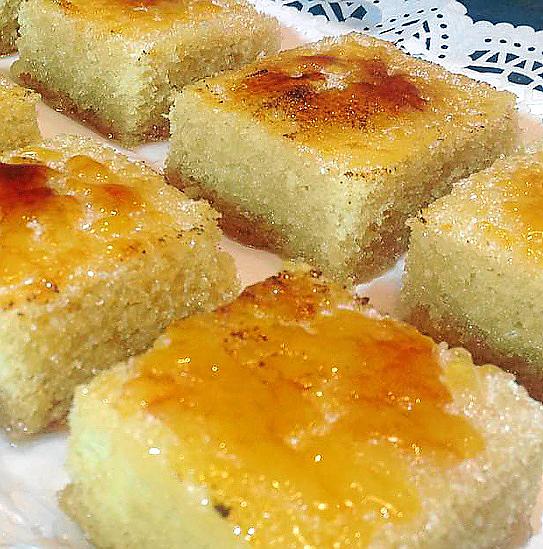 A small rectangular ‘bizcocho’ called ‘sobao pasiego’ is a famous one from Cantabria that is available at most supermarkets in own-make versions. But the best ones are those from Cantabria.

They are easy to make at home and the basic recipe contains 250 grs each of flour, sugar and butter, 3 eggs, 1 tbsp of rum, grated lemon rind to taste, salt and 2 tsps of baking powder.

They are baked at 180C in a preheated oven for about 15 minutes. They should be of a deep golden colour on the outside but with nicely moist interiors. They must never dry out. For many Spaniards they are a favourite breakfast bun with a café con leche. 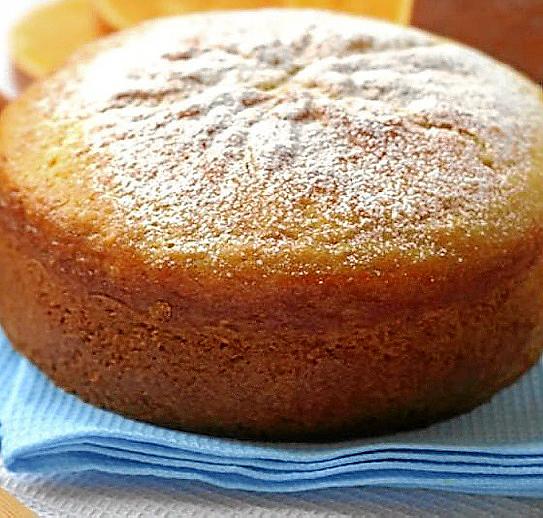 A speciality in Aragón is called ‘bizcocho de Calatayud’ which is especially light and airy. They don’t use butter and include icing sugar as well as granulated. For 200 grs of flour you need 2 tsps of baking powder, 3 tbsps granulated sugar, 125 grs icing sugar, six eggs and a little oil.

Beat the eggs yolks with the icing sugar in a deepish bowl until you have a nice frothy mixture. Beat the eggs whites separately until they hold snowy peaks. Mix the baking powder with the sifted flour and add it to the egg yolks and mix well. Then fold in the beaten eggs whites. Finally incorporate the granulated sugar.

Oil rectangular paper containers and fill them with the prepared mixture. Bake them in a preheated medium oven for about 20 minutes.

Extramadura is famous for a rectangular ‘bizcocho’ that is cut in half and then filled with thick jam. The top is covered with slivers of almonds and the paste is made with flour, eggs and sugar.

Walnuts crop up in another Cantabrian ‘bizcocho’ but this time in the middle of the paste before it is baked. A 24 cms mould is half filled with paste, the roughly chopped nuts are spread over the surface and the mould is filed with the rest of the paste. It is baked in a medium-hot oven for about 30 minutes.

In a round Cantabrian version, a 24 cms mould is filled with paste and thinly sliced apples are placed over the surface in a neat circular pattern and it is baked in a preheated medium-hot oven for 30 minutes. When taken from the oven the surface is spread with 100 grs of apricot jam heated with two tablespoons of water and one of sugar.
Majorca’s many forms of ‘coca dulce’ are variations on the ‘bizcocho’ theme and there are delicious ones worth trying. The one we all love is that made with a topping of fresh apricots. 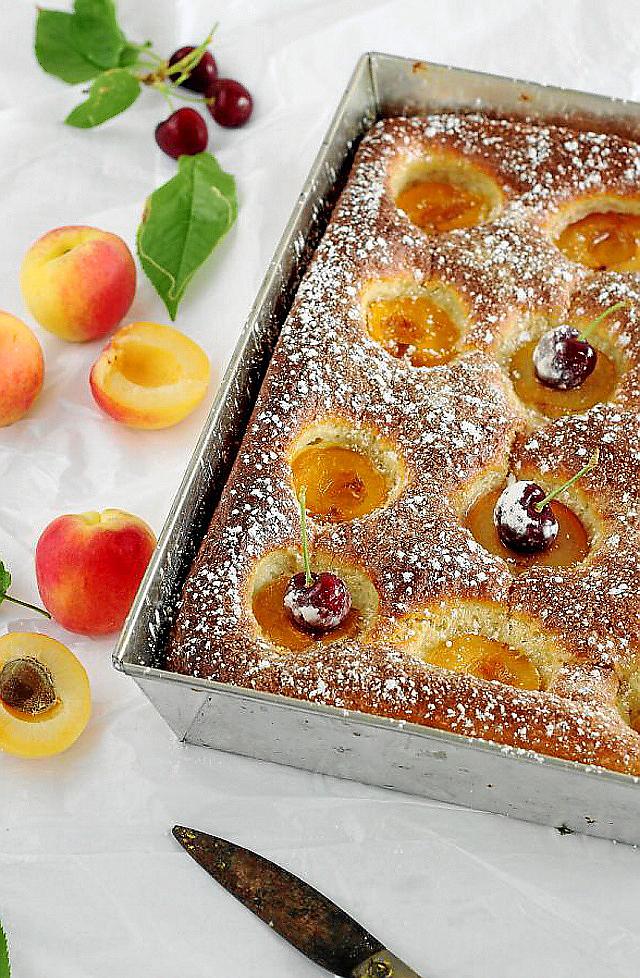 This is the best time of year to try it and you’ll see it at pastelerías and supermarkets all over the island. If you come across those made with fresh figs be sure to try a piece because they are very special.

Another variation on this theme is Majorca’s individual ‘coca de patata’ in which mashed boiled potatoes are mixed into the flour. Valldemosa is renowned for its ‘coca de patata’ and you can get them at some up-market shops in Palma.

The ‘bizcocho’ has a very long pedigree. There are references to it in bas reliefs found in the tomb of Rameses III which dates back to th 10th century BC. In those days honey was used as a sweetener until Alexander the Great introduced cane sugar in 327AD.

‘Bizcocho’ was a popular and essential food for soldiers and seamen because it was dry and could be safely stored for a long periods of time. The cake was baked twice to ensure it contained not a drop of moisture, a process known by the Latin term ‘bis coctus’. This gives us the word ‘bizcocho’ as well as the English word biscuit.

Nowadays ’bizcochos’ and biscuits are baked only once. In the case of biscuits, special low temperatures are used to ensure every molecule of moisture evaporates.

However, there is at least one sponge cake that is still baked twice: a speciality in Rheims, the centre of France’s champagne region. This very dry light spongecake is traditionally eaten with a glass of champagne.

Spain’s small individual sponge cake called the ‘magdalena’ is yet another variation on the original ‘bizcocho’ recipe. It came from France and is the ‘madeleine’ that made Marcel Proust remember things past when he ate one after dunking it into a cup of tea.
He thus helped to immortalise it, although it was already well established long before he was born and would still be remembered today even without his help. 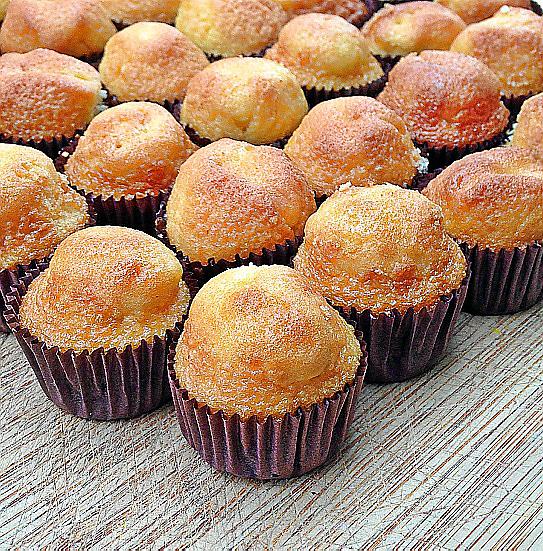 Spanish cooks make excellent ‘magdalenas’ and they are popular all over the country as a breakfast nibble, for elevenses and with an afternoon cup of coffee.

There are plenty of stories about the origin of the ‘madeleine’, some of them obviously wrong or apocryphal. The Oxford Dictionary surprisingly errs badly by saying it is named after Madeleine Paulmier, a 19th century French pastry cook: the madeleine was popular long before the 19th century. 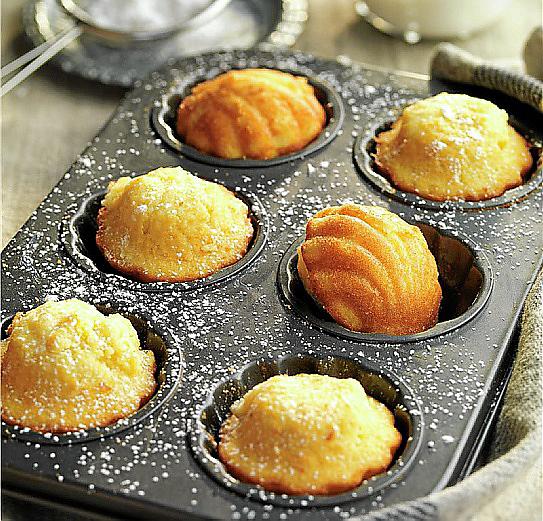 One story is that King Stanislas of Poland, the father-in-law of France’s Louis XV (1710-74), sent his daughter a new cup cake and suggested it be called ‘queen cake’. As there was already one called ‘bouche de la reine’, it was decided to name the cake after the Polish king’s pastry cook who was called Madeleine.

Another story, the most apocryphal of the lot, says a beautiful young girl used to sell the cakes in the gardens of the Palais Royal in Versailles, singing out that it was the beautiful Madeleine who was selling these freshly baked cakes. “Give yourself one, they’re the joy of the people,” she used to sing. According to this story, the cakes became so closely associated with this young girl the public began to call them ‘madeleines’ and the name stuck.

A more authentic theory doesn’t account for the origin of the name, but dates the cakes to the Middle Ages in Illiers, which was on one of the French routes for the pilgrimage to Santiago de Compostela.

These little cakes in Illiers were in the shape of the scallop shell that is carried by pilgrims on their way to Santiago de Compostela, and is even marked with grooves like those on the shell.

The madeleine is certainly the kind of cake that was popular in convents and monasteries so it could easily date from the Middle Ages. I’ve seen scalloped shaped ‘magdalenas’ complete with grooves at El Corte Inglés in Jaime III.

There are even more recipes for ‘magdalenas’ than there are stories about their origin. I like this one from Aragón because it uses honey as a sweetener rather than sugar, thereby adding taste with sweetness. You will need: 150 grs flour, 150 grs liquid honey, 75 grs butter, 2 eggs, 1 tbsp orange blossom water.

Separate the egg yolks and the whites. In a deep bowl mix the yolks and the honey, add the melted butter and the orange blossom water. Add the sifted flour in small amount until you have a smooth paste without any lumps.

Whisk the egg whites until they hold snowy peaks and fold them carefully into the mixture, until it has a sponge-like consistency. Fill paper moulds with the paste and put them into a preheated moderate oven for about 35 minutes.

You are best to avoid the very cheap magdalenas at supermarkets and go for the more expensive ones. And you should always try those at bakeries and pastry shops that bake their own.

Balearics tourism recovery one of the strongest in the world