Picking a dish is such a big gamble

The Angus steak with the superb chips. They were cut from potatoes that were probably parboiled in their jackets and then sliced into thin wedges. | Andrew Valente

Like everything in today’s world, the restaurant business is nothing like it used to be and it is changing all the time — in recent years, frequently for the worse than the better.
A family opened a restaurant in the old days because one of the members was a good cook. If the dishes were traditional and the family got everything right, the restaurant prospered and was passed on the next generation.

I know of only three restaurants in Palma opened in the 1950s that are like that although one of them, recently in the hands of the young generation, is showing serious signs of the aches and pains of old age.

New restaurants nowadays are opened by people (most of them are not cooks) who have jumped on the bandwagon hoping to make a killing now that eating out has become so fashionable.

Over the past 20 years or so, 50 per cent of restaurants in New York City do not get to celebrate their first anniversary. Palma restaurants are also heading in that direction. Sometimes places I rated as pretty good closed after only three months.

Palma’s entrepreneurs, those who go into the business because they hope to get rich quickly, are opening up all over town, sometimes spending a good deal of money in giving old premises a new look. Then they cut corners an save money by buying in prepared dishes that only have to be deep-fried or popped into the oven.

There are several dishes I never order because they could easily have been made on an industrial estate. In some cases they are actually very good — but I want something made on the premises by the cooks.

Among those dishes I now avoid are gourmet croquettes, ox cheeks in wine-based sauces and just about anything that comes in fancy flavours because so many of them are from bottles and jars produced for the restaurant trade by big multinational suppliers. Ordering a dish can be a bit of a gamble and I now cut my losses by avoiding anything I suspect of having been bought in. In the end I often order only those dishes that have to be made to order.

At today’s place I went for that old stalwart — an Angus steak with chips and a so-called chimichurri sauce that was completely unnecessary with meat as excellent as this. The steak was nicely scorched on the surface and getting on for rare on the inside — just as requested. The distinct Angus flavour was right up-front and as I gently chewed, the palate was flooded with scrummy juices. It was a winner from start to finish.

This was one of those occasions when two dishes chosen after careful thought added up to a very nice meal. The calamares, longish strips instead of the usual rings, were done in the true ‘andaluza’ style — with chickpea flour which doesn’t burn as easily as white, so the oil remains cleaner for longer. 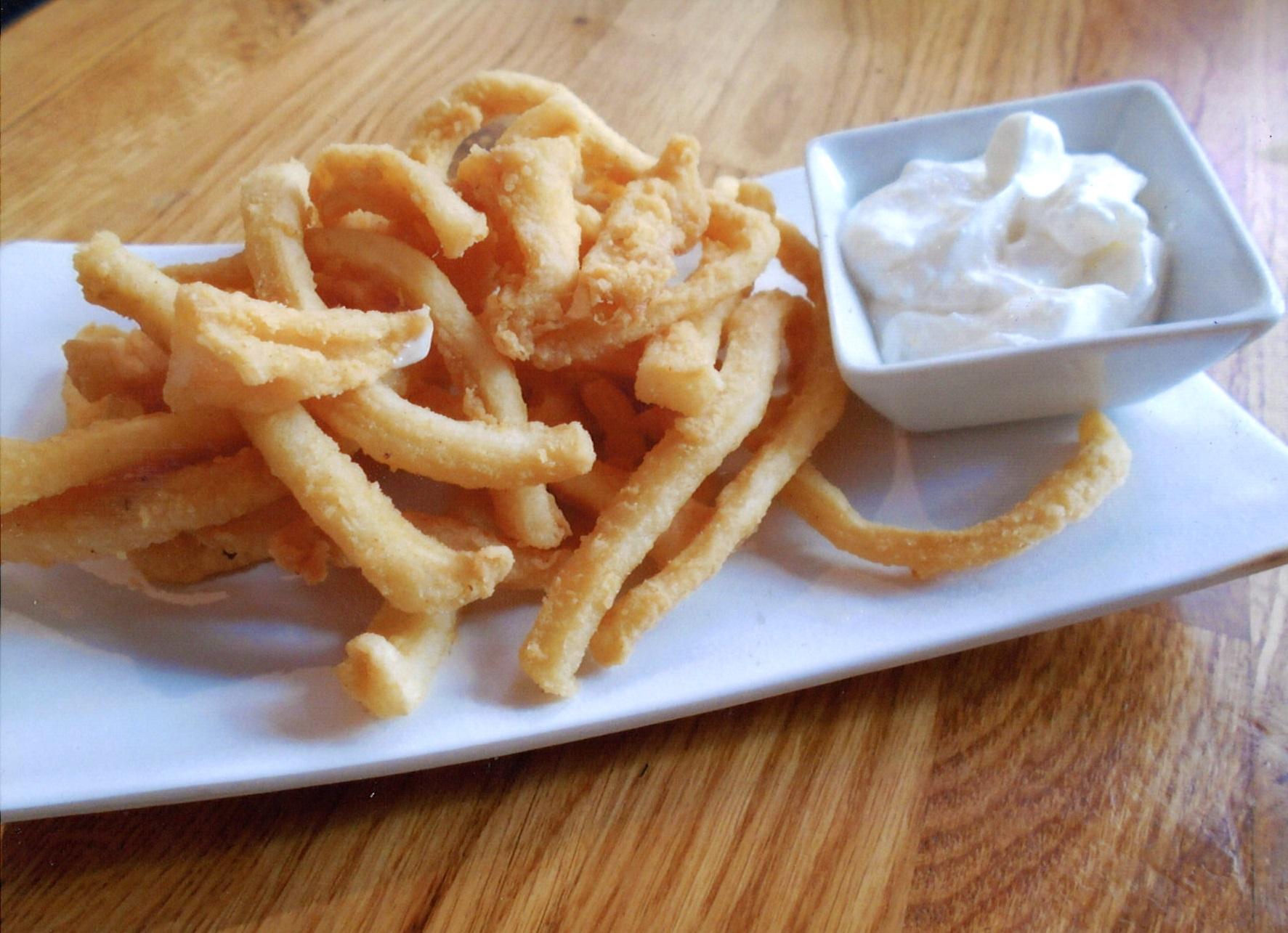 The Angus steak was a beauty and grilled exactly as requested: to a rich pink colour. The chimichurri wasn’t a traditional one (easy to make and get right) and I think it probably came from a jar. However, with a fine Angus you don’t need sauces of any kind.

Restaurante Fervor, Calle del Hostals 4, Palma. This street runs parallel to the start of Calle Sindicato and is just around the corner from Plaza Coll. Tel: 971:209546. Closed on Sundays.