The pizza was ultra soft at the centre. | Andrew Valente

We all know that Italians like their pasta al dente. And most of us are also aware that in Italian restaurants, when we ask for the pasta to be done a little less al dente, the cooks never pay the slightest attention — and we get it alla italiana. And that’s much too hard for me.

Over the years I’ve put up with the Italian sense of al dente and I’ve come to accept it when it’s spaghetti or some other long thin pasta.

But when short pasta is undercooked in the Italian way then the dish is spoiled for me. I’ve had macaroni so underdone it had a floury half-cooked taste. However, I solved that problem the easy way: I no longer order short pasta in Italian restaurants.

During the past year, however, there were three occasions when the cook heeded my request for a softer finish and the spaghetti was served less than al dente — including the spaghetti frutti di mare at Il Tano. 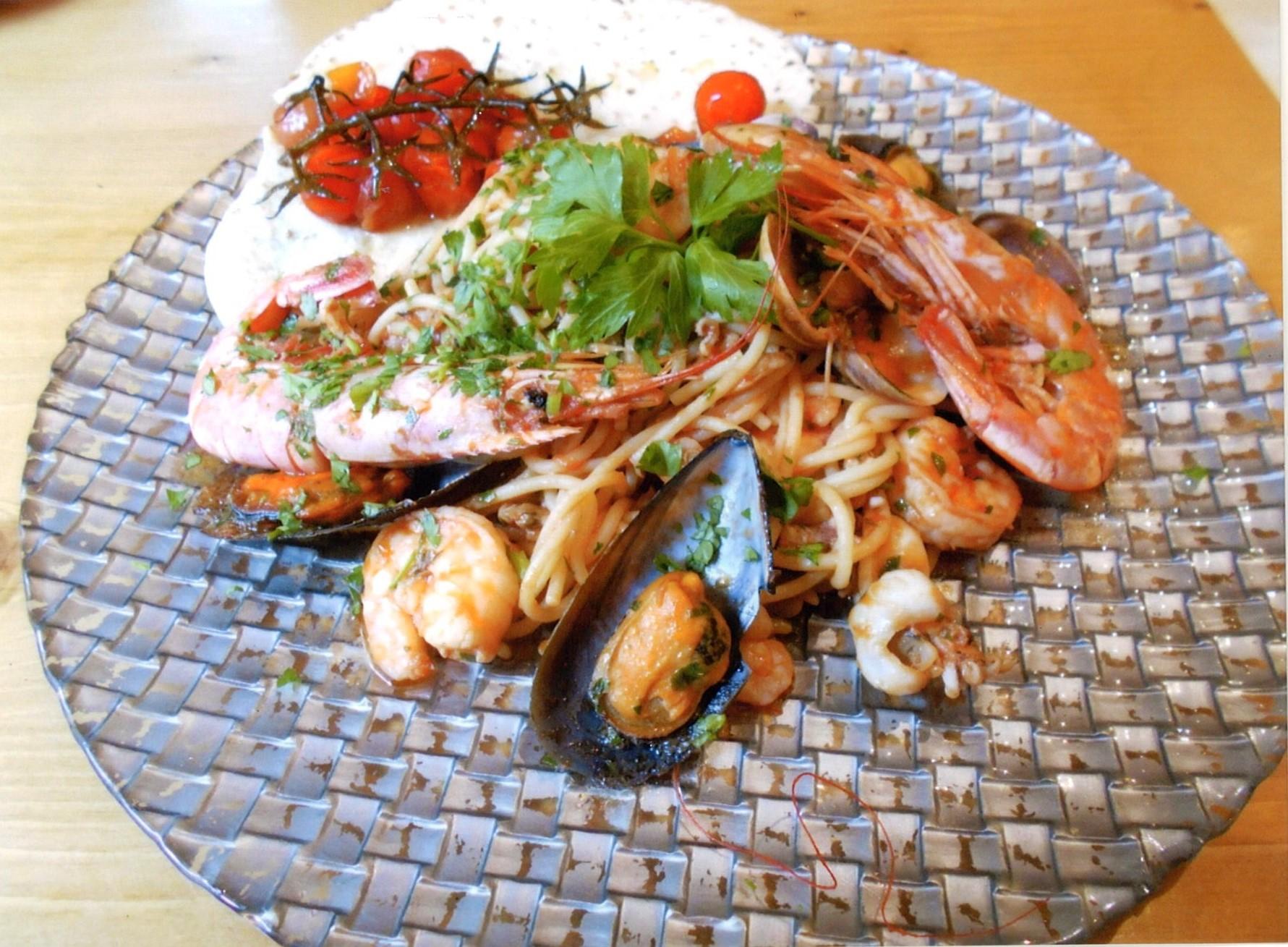 This was spaghetti as I do it at home and the fact that it has happened three times this year suggests that perhaps Italian cooks are beginning to realise they should allow for others preferring their pasta less al dente. When in Rome, we don’t always have to do as the Romans do.

But it wasn’t just the pasta that was nicely cooked, everything was spot on — well, except for one little faux pas that was actually quite serious and need never have happened.
First the good news. Those big langostinos in the picture are usually so overcooked in paellas and frutti di mare dishes that the flesh sticks to the shells. But they were done just right and the shells peeled off easily and cleanly. And that way they tasted better.

The shelled langostinos had a lovely terse texture and the mussels, which can shrivel up so easily, were plump and juicy. The clams shrank a little bit but they were extremely tasty.

I adore whole cherry tomatoes in pasta dishes and if they are lusciously soft and on the vine, then so much the better. But this is where the not-so-little faux pas put in an appearance.

The cherry tomatoes look truly splendid, but the picture doesn’t tell us is that they were put on the plate straight from the fridge. And that is the bad news.

It’s so easy to place them into a hot oven or a microwave to take the chill off that I can only assume that’s what they normally do, but someone forgot. The tomatoes are sitting atop a piece of ‘pane carasau’, the Sardinian wafer-thin crispbread that provided a nice contrast of textures.

The Il Tano premises were originally an old Santa Catalina bakery and the dining room was right in front of the original wood-fired oven. It was all very claustrophobic but the food was good and Il Tano became very popular. But a couple of weeks ago I noticed they had completely revamped the place and it is now a most attractive high-ceilinged space with two pizza ovens well in the background. The interior designer had the good taste to take three of the old cast-iron oven doors and build them into one of the walls. A nice little tribute to the old bakery. And prices are still reasonable at the new Il Tano.

Pizzeria Il Tano, Calle Pursiana 10, Palma. Tel:971-105210. Open every day for lunch and dinner. This restaurant can fill up very easily so it’s best to book a table, especially on Fridays, Saturdays and Sundays.