A Pioneer Of Excursions In Majorca

In Llucmajor last Friday, tributes were paid to Maria Antònia Salvà. Born in Palma in 1869, most of her life was spent as a resident of Llucmajor. She died on 29 January, 1958, leaving behind her the legacy of her contribution to Catalan poetry. She has in fact been described as the foremost modern female Catalan poet.

The natural and rural worlds informed her work, as indeed did the language of Majorca’s rural communities. This work was to come to prominence towards the end of the nineteenth century and was greatly assisted by a friendship with the Pollensa priest and poet Miquel Costa i Llobera and his family. The association with Costa i Llobera meant that Maria Antònia was part of what has been called the Majorcan School. 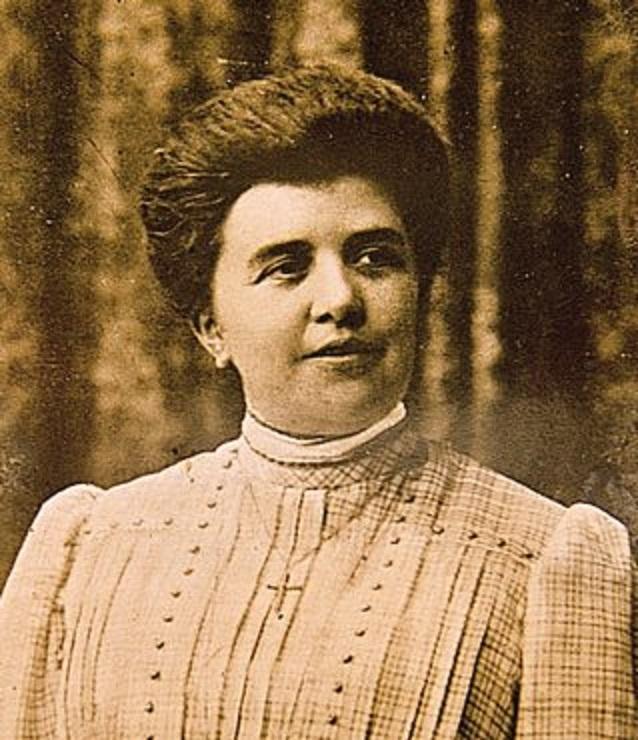 In celebrating the 150th anniversary of her birth, a paper was published in the Llucmajor Journal of Local Studies. Many municipalities in Majorca have such journals. They appear periodically - in some cases annually - and they are largely dedicated to historical research. The paper in question was entitled “Maria Antònia Salvà, incitació al viatge” - invitation to travel.

The author was historian Jaume Bernat Adrover. He wanted to set out to convey a new image of Maria Antònia, that of a woman who was courageous and innovative, and to counter a stereotyping and somewhat “boring” image. In this respect, being boring, she was perhaps not much different to other poets of her time. Costa i Llobera, while revered as one of Majorca’s all-time great poets, was representative of an image of highly skilled literary capability but which was also sober. He was a priest after all, and there were other priestly poets linked to the Majorcan school of poetry around the start of the twentieth century.

There is one particular graphic image, a bizarre one at that, which helps to convey this alternative image of Maria Antònia. It shows her in an open single-wing plane. She is seated at the back behind two men and three women; one of the men looks as if he’s hanging in the air. The plane itself is shown over sea with a yacht and land in the background. The image is not to scale; the plane has been superimposed. It was apparently created in 1920 and was for a book entitled “Viatge a Orient”. This wasn’t Orient as in the hamlet in the Tramuntana Mountains; this was the East, or the Holy Land at any rate.

The book was about a pilgrimage she made with others in 1907. It wasn’t solely a book of her impressions of the Holy Land. There were also reflections on the roles of women in different societies and cultures. It would seem that the book was not published at the time. It came out in 1998, and this was thanks to Lluïsa Julià, a Catalan writer who is a leading expert on Maria Antònia and who gave a presentation in Llucmajor last Friday.

Her trip to the Holy Land was apparently the fourth of a series of pilgrimages undertaken by Catalan writers and speakers; Costa i Llobera was another who made this pilgrimage. This journey convinced Jaume Bernat Adrover that Maria Antònia was a very different woman to how she had been stereotyped. The boring image was of a woman closeted away in a rural part of Llucmajor who dedicated her life solely to poetry and never left Llucmajor.
It wasn’t only the pilgrimage which challenged this image. Adrover’s study also looks at her journeys in Majorca. She had, he says, a great knowledge of the island. She made pilgrimages to Lluc; she went to Pollensa to see Costa i Llobera; she visited Palma - the Cathedral, Bellver Castle; she went to Soller, Valldemossa, the Raixa finca in Bunyola; she took the steam ship to Barcelona.

You are possibly wondering what was so remarkable about this. Nowadays there is obviously nothing remarkable. But Adrover’s point is that hardly anyone made these sorts of “excursions” at the start of the twentieth century. Those who did were typically foreigners. The overwhelming majority of Majorcans never went anywhere, except to make the trips to markets or annual fairs.

For Adrover, therefore, Maria Antònia was part of the tradition of the romantic traveller and discoverer in Majorca from the later part of the nineteenth century. In this regard, she stands alongside the likes of the Archduke Louis Salvador, a foreigner of course. These excursions helped to shape her poetry and eventually her memoirs that were published in 1955 - “Entre el record i l’añoranca” (Between Memory and Nostalgia).

Far from having been a poet who never set foot outside Llucmajor, she was, in Adrover’s words, a pioneer for making excursions in getting to know Majorca; an intellectual, dynamic and independent woman.