'Get out of the car!’ ordered the short, pot-bellied policeman. It was the same policeman that our driver, Alex, had duped back at Geneva airport. With the wrong permit for collecting passengers in Switzerland, Alex had waited until the coast was clear before stepping on the gas and fleeing the parking area. We made it 11km from the airport but were pulled over again at the French border. ‘Routine stop.’ Alex reassured us, tipping the brow of his cap over his eyes.

I sat in the back seat, trying to translate the broken French murmurs of the border control officers. After twenty minutes of uncertainty surrounding Alex’s fate, the same blue-uniformed airport police officer peered his fuming head over the driver’s door window.
‘You win back at se airport…’ he conceded in a thick French-Swiss accent, ‘but now, I win.’

Alex was placed in handcuffs and we were told to make alternative travel arrangements to Chamonix. Bag by bag we hauled our luggage out of the boot and marched across the border into France. My good friend and groom-to-be, Christian, was still blindfolded, wearing a one-piece racoon outfit with a furry striped tail, a big black nose and pointed ears. Boozy breath steamed into the cold crisp air. Jagged snow-capped peaks cut the clear blue sky. Our stag weekend of snow sports and debauchery was off to a wild start. It was all down hill from there.

For those of us who overcame the hangover and made the early gondola up Mont Blanc, the snow crunched under our boots and the sun’s warm rays reflected off the wide silvery slopes. Beneath the gondola, swarms of fluorescent ski suits carved fresh swerving tracks and we joined the droves of weekend skiers funnelling onto the chairlift; each body delivered to the top, only to ski back down again. We happily repeated this process the entire morning.

Skiing didn’t start out as a repetitive recreational sport. As with bicycles, skis were first invented as a practical tool for getting around more efficiently. Eurasian Stone Age hunters followed reindeer and elk herds using skis covered in fur. Rock paintings in Northern China and Russia show that they were used at least 5,000 years ago. Skis came into regular use again in the Middle Ages, employed by Scandinavian farmers, hunters and warriors. The word “ski” actually comes from the Old Norse word skíð, which means, “cleft wood”.

By the 18th century, units of the Swedish Army trained and competed on skis and it was at this time that skiing began its evolution as a recreational sport in the neighbouring Telemark region of Norway. Narrower and lighter ski designs focused on making turning easier and runs faster. In 1868, mountain resorts became commercially viable when city-dwellers could reach them in winter by train. Finally, with the introduction of the first chairlift at Sun Valley, Idaho, in 1936, skiing’s evolution to recreational pastime was complete.

Shivering at the top of the first chairlift, I wondered: ‘why did people go to such great lengths to arrive at the top of an icy mountain in the middle of winter?’ Skiing and snowboarding are full body workouts. Carving into the snow, our bodyweight shifts from side to side. Thighs, hamstrings, calves, glutes, knees and ankles are flexed and made to work as we cruise down the slopes. On skis, flat runs demand regular cross-country arm work too, pushing on ski poles against the snow. Snowboarders also employ their arms to climb up from the floor after every short rest or fall.

My cousin, Josh, unzipped his jacket and the steam rose from his sweating body. I was surprised he had the energy. Working on a sleep deficit and a hangover, his brain advised against any ‘unnecessary’ energy expenditure. On every chairlift, he draped his arms over the railing like a tranquilised sloth. But as soon as the friction between board and snow melted away, Josh was flying down the slopes- energised and alert.

Why was his body suddenly willing to exercise and expend all that energy? 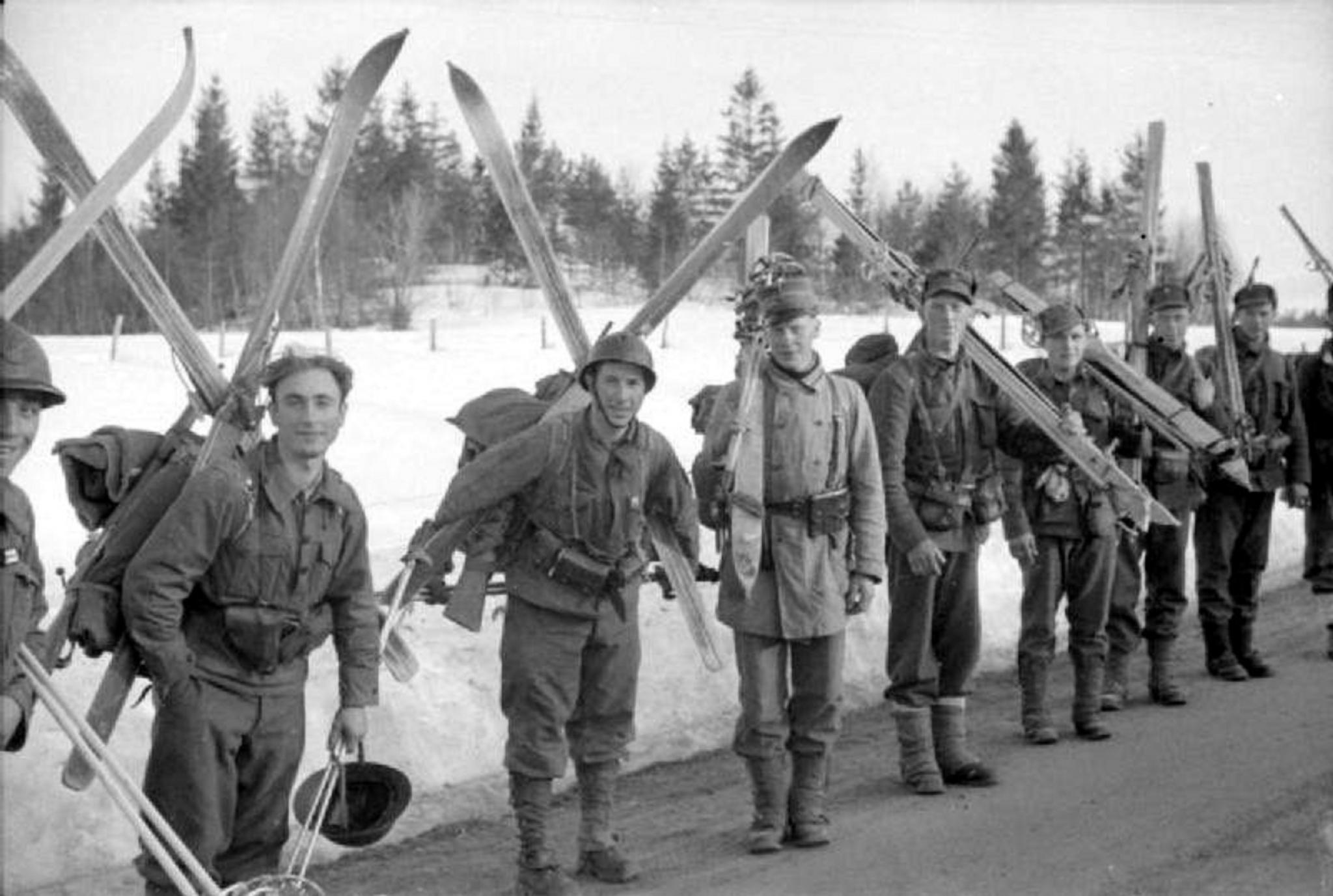 Throughout our evolutionary history, moving fast could only mean one of two scenarios: either we were running from a predator or chasing prey. When we glide down the slopes, the primitive brain of four-legged ancestors rouses in our subconscious. We are on the hunt through the trees. We are fleeing from a sabre-toothed tiger. When we tap into our fight or flight sympathetic nervous system, our brain is in survival mode, and our bodies willingly put in the work, expending precious energy without hesitation.

When we go fast on skis or boards, adrenaline pumps through our veins, heightening awareness. The faster we go, the novices and children we dart past seem frozen in both space and time. This makes cognitive sense. In a memory test conducted before, during, and after a bungee jump, participants were flashed random images in their visual field. Most of the images recalled by participants were those flashed during rapid free fall. Einstein was right: when we accelerate, time actually does slow down.

Adrenaline released when skiing also improves strength. Our heartbeat and breathing increase in order to provide the energy and oxygen needed to fuel a rapid response to the perceived danger. Our susceptibility to pain is also dampened, allowing us to continue fighting or fleeing even when injured.

Of course, my cousin knew that he wasn’t under threat. We were playing a sport and Josh was enjoying himself. And that’s the secret: in play, we can exercise and enjoy ourselves at the same time. As Professor of Psychology Peter Gray wrote in his book ‘Free to Learn’: ‘In nightmares and in real life, nothing is more terrifying than being chased by a predator. But in play, nothing is more delightful.’ In the safe context of sport, adrenaline makes exercise pleasurable and fun. 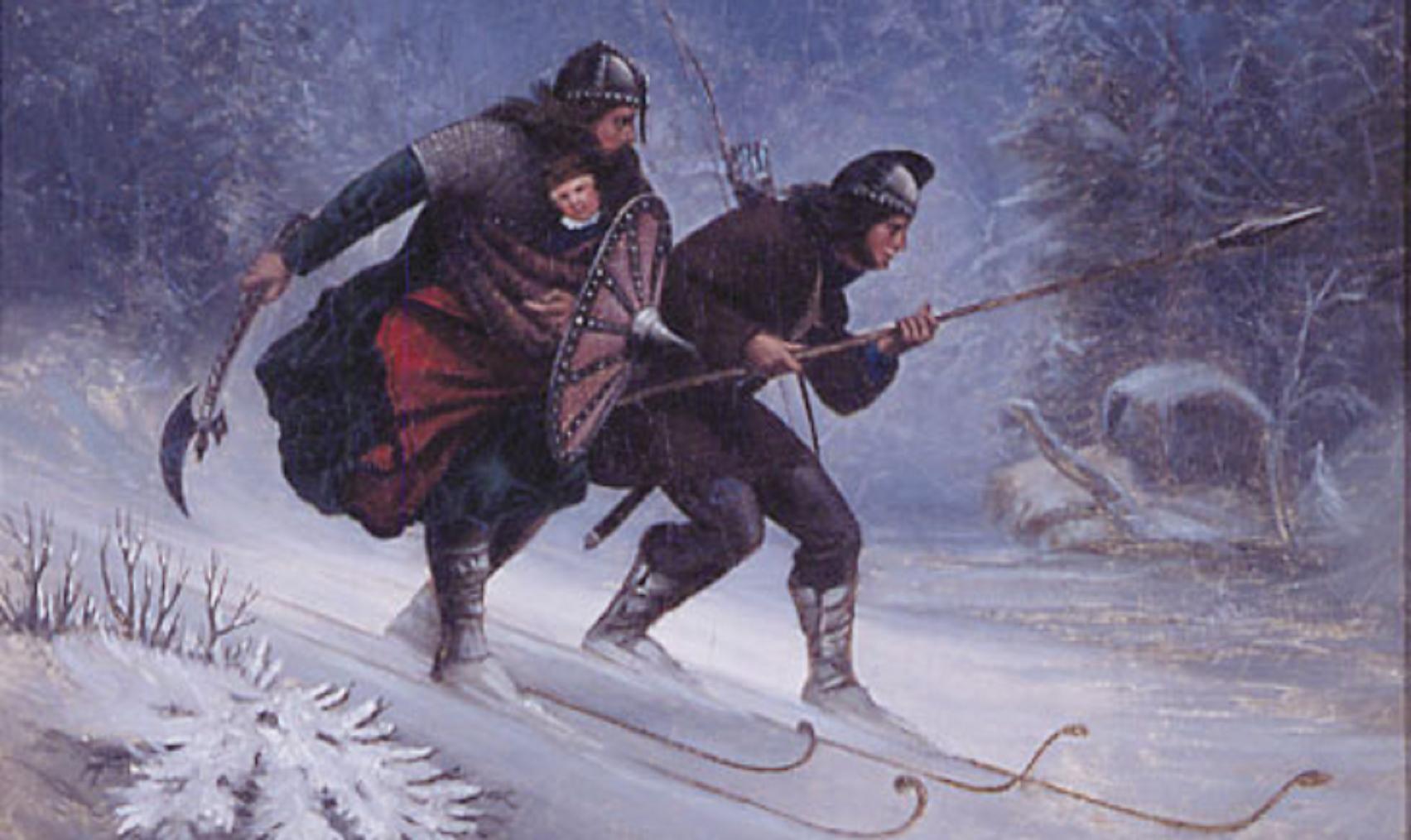 When we stopped at the bottom of Le Trappe Ski lift, we realised that we were only 700 metres of unchartered thick forest to our chalet. The danger of the unknown fuelled the call to adventure. We ducked under the piste barrier into untouched powder and zigzagged between fir trees. A baby deer pranced over the frozen creek. Tree trunks cut the sun’s last rays into beams of scattered light. As the fresh mountain air filled my lungs, I couldn’t think of a more enjoyable way to stay healthy and active.

Yet despite all the joys and fitness benefits of snow sports, it had been nine years since my flatmate, Kristian, had hit the slopes. For my cousin Josh, it had been twelve years. I’m happy if I manage a weekend at a ski resort every other winter. Even though skiing is both healthy and enjoyable, not one of us could rely on it as a way of staying physically active.
It’s not that we lacked motivation to hit the slopes. We were limited by the economics of snow sports.

Whenever we want to take up a sport or exercise, there are four questions to consider: How close is it? How often is it available? How much does it cost? How easily can I access it? Motivation is important but we must equally consider the four economic factors of Proximity, Availability, Price and Accessibility (PAPA for short). Snow sports are a clear reminder that, to make any exercise a habit, motivation alone is not enough. It must be coupled with convenient economics.

Living on Majorca, the inconvenience of snow sports is obvious. But by using the extreme example of skiing, these factors are clearly highlighted. So, how do snow sports fare in terms of Proximity? Not so great, the slopes are a flight or ferry away from our sunny isle. Availability? Unfortunately, snow only falls in the Pyrenees or Sierra Nevada during a few winter months. How about Price? After paying for your ferry or flight, single day lift passes at resorts in Spain and Andorra range from 40 to 55 euro and that’s before calculating the cost of equipment purchase, transport or rental. What about Accessibility? Well, after having our driver arrested at the border, we realised that no matter how well you plan a ski strip, there can even be political barriers that one might have overlooked.

Albert Finney | over 2 years ago

If you truly loved it, you'd move. Millions of people live in specific locales for specific recreation. I snowboard 6 hours a day, 140 days a year, at Colorado's finest high alpine resorts, at a cost less than a typical typical weeks vacation. It's called a lifestyle choice.