Worst dish ever in a restaurant

The chips were very much to our liking. | Andrew Valente

When I glance at the menu of a new restaurant, or one I haven’t come across before, I am immediately on the lookout for dishes that are different, especially those that will give me something to write about.

So when I saw that a new Italian place, G@stro IT 20-20, had a dish they called ‘Italian fish and chips (polpo)’, I was highly delighted. That word ‘polpo’ is Italian for octopus, which meant that the fish content of this dish would be an octopus arm. But that was no problem because just about all supermarkets these days have precooked octopus arms that are delicious and butter-soft. Dipping them in batter and deep-frying them in hot oil could change the texture a little, but they would still be very tender. I went in to ask the young Italian woman in charge if the octopus was done in batter — ‘pasta de rebozar’. She didn’t understand this Spanish term but eventually said the octopus was ‘empanada’. I took that to mean breadcrumbed. That was fine, so I left it at that.

Two days later I went back to book a table. She remembered me and I made sure there would be octopus next day. Those two short visits, lasting about one minute each, were enough to make me think the co-owners are somewhat inexperienced. On both occasions, at 1pm, the blackboard with the menú del día wasn’t on display anywhere. You want it outside where passers-by can see it. On the day we ate there, the two partners were discussing what to put on the menú del día — at 1.10pm. There was nothing on it that interested us, so we decided to eat à la carte.

The so-called Italian fish and chips were a huge visual disappointment because the octopus pieces weren’t even breadcrumbed. But there was worse to come. Much worse.
When I stuck a fork into the smallest piece of octopus to put it on my plate, the fork wouldn’t go in. I picked up the octopus piece and tried to cut into it. But the knife was blunt and made no impression.

I then popped the octopus into my mouth and started to chew on it. I have good teeth and strong jaws but there was no way they could penetrate that piece of octopus. It was like trying to eat a rubber doorstop — softer but just as inedible.

The cook had deep-fried raw pieces of octopus, which need 45 minutes of simmering. Those appalling chunks were obviously the first time she had done them like that. It was the worst and most incompetent dish I’ve ever had in a restaurant. 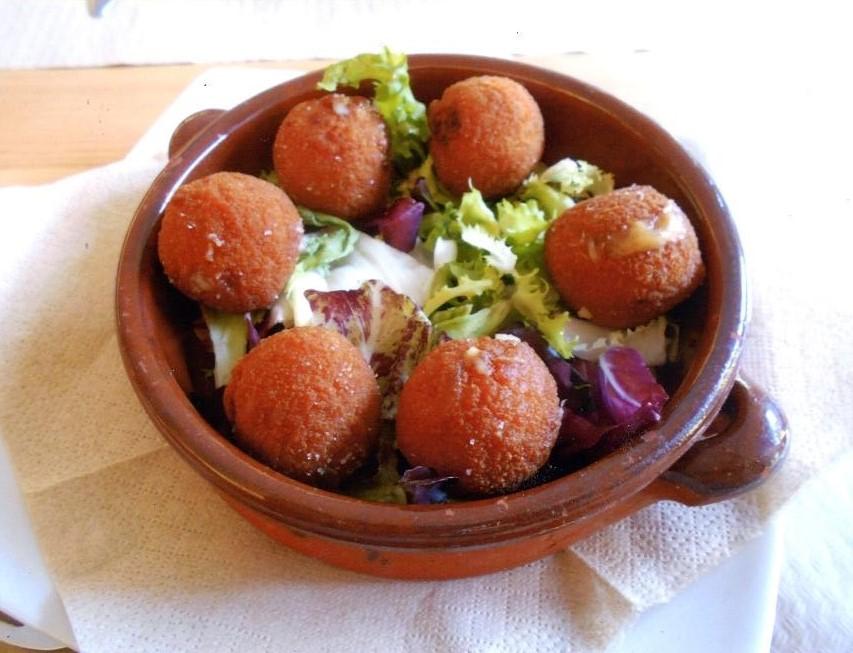 Perhaps the most amazing part of this pathetic episode is that the co-owners were serving a dish they had never done before. If they had previously deep-fried some small chunks of octopus they would have been as inedible as ours and they would have realised you cannot possibly treat octopus like this — and get way with it. It is also clear they had never tried these ‘arancini’. They know what ‘arancini’ should be like, so had they tried this version they would have realised it’s a complete travesty and would have stayed clear of it — even although they can make a profit at €4.50. The cannelloni were the least offensive but they had all the signs of being bought-in: the pasta was stodgy (although dried-out and hard at the edges) and the bechamel sauce had the texture and taste of something out of a packet. This is not how to turn casual customers into regulars.

G@stro IT 20-20, Paseo de Mallorca 18, Palma. Open every day for lunch and dinner. They do a menú del día (but I didn’t make a note of the price) and they had three blackboard specials for dinner.

When we were asked how the octopus was, I said it was totally inedible but that we’d eat the chips — which were splendid. There was also a little bowl of salad we didn’t want. When the co-owner took the untouched octopus away she asked if we wanted to order something else, but we didn’t. At least they didn’t try to charge for the octopus. We paid €4.50 for the ‘arancini’ and €9.50 for the cannelloni, and with €5.80 for two cañas that were far from cold, the bill came to €19.80 with VAT.

tadzio | over 2 years ago