Fine eating on a low budget

Bacalao (salt cod) was one of the most common poverty foods until about 60 years ago. | T. AYUGA

Today’s up-market cooks are always on the lookout for something new to whet the appetites of their regular customers. But they keep away from exotic fruits or veggies from far-off lands — most good cooks endorse the ‘Km-0’ philosophy.

They go instead for products available almost on their own doorsteps, food items well known to everyone but in many cases so familiar that we look on them with a certain amount of contempt.

So which common-place ingredients are they using and how do they give them a new look? It’s really quite simple. They take those products the average housewife has been rejecting over the years and use them in easy-peasy up-dated recipes which just happen to be somewhat scrummy.

Ingredients that get the innovative up-market treatment include economical cuts of meat as well as two or three kinds of offal — foods, in many cases, that most people no longer cook at home.

There is a well-documented reason why many households say no those these and similar foods. Decades of increased prosperity in the western world have given people more money to spend on food and entertainment. When that happens they buy better cuts of meat, rejecting the cheap ones that formed the basis of their diet in poorer times.
It is a statistical fact that as a nation becomes more prosperous the sales of bread take a dramatic plunge. Bread is a cheap filler in times of poverty but when people start to earn more they immediately eat less of it.

They are willing to pay more for the healthier and fancier kinds of bread (they can now afford to do so) but they invariably end up eating less of it.

Because of their association with poverty, dishes made with cheap cuts of meat, offal, certain kinds of fish, root veggies and the more common pulses, have been given a special name.

In Spanish they say ‘la cocina pobre’ and the Italians call it ‘la cucina povere’ — both terms translate as ‘poverty cooking’.

Another reason why today’s young housewives shun these products is that they think recipes using them are labour intensive and time-consuming. They aren’t, but they have that reputation and it has stuck.

Today’s young people want to keep out of the kitchen as much as possible and they would rather spend more on an entrecôte steak and grill it for six minutes, than buy cheap cuts of beef that need a couple of hours on a low heat to turn them into succulent stews and casseroles.

This has been going on for decades and the result is that cheap but tasty cuts of meat and most of the offal are almost completely unknown to a large section of the public.

Top cooks more than 30 years ago started to find inspiration in these foods and turned them into dishes most of us had never seen before. This didn’t happen overnight, but was a slow process that most people didn’t even notice at first.

Bacalao (salt cod) was one of the most common poverty foods until about 60 years ago. It had such a down-market image that it carried a certain stigma.

When well-off Majorcan women asked for it at local markets, they did so in a whisper. They didn’t want other women in the queue to think they couldn’t afford something more expensive.

But when serious cooks in the Basque Country and Catalonia began to specialise in their traditional regional recipes, they soon gave bacalao the affluent cachet it had always lacked. The price of bacalao started to go up and it became so expensive it was no longer a poverty food.

Shoppers at the market (men as well as women) nowadays ask for bacalao in a loud voice: they went to be seen and heard asking for bacalao. Not everyone can afford it.

The same thing happened to kokotxas, the fleshy gland in the throat of bacalao and merluza (hake). There was a time when no one wanted this part of the fish, the equivalent of marine offal. 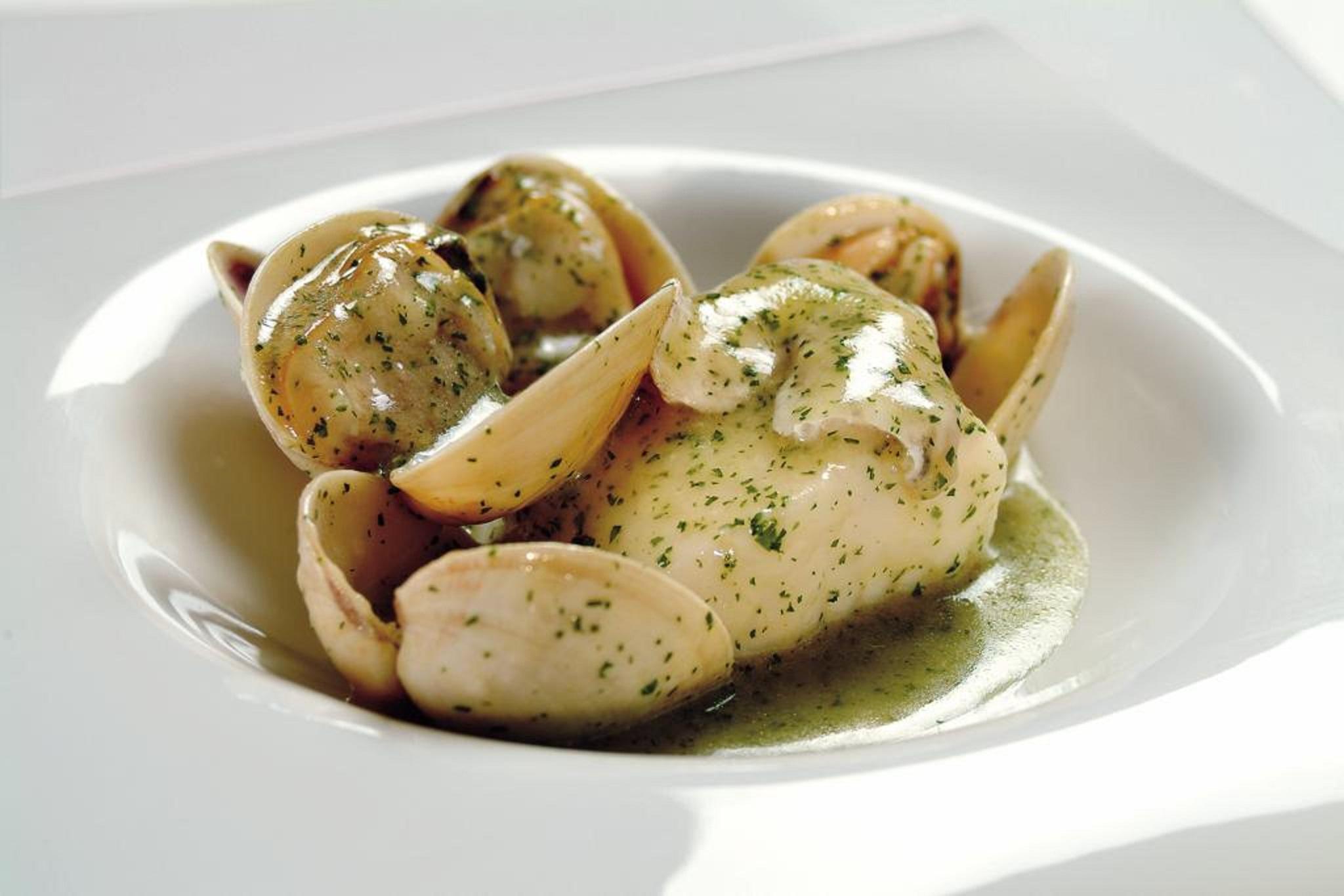 Then Basque cooks started to make interesting dishes with them and suddenly everyone wanted kokotxas — and not just in the Basque Country, but all over Spain. Nowadays kokotxas are a delicacy that cost around €30 a kilo — when you can get them, because there are only two per fish, which isn’t enough for a tapa.

This trend of taking so-called poverty foods and creating delectable dishes with them is now widespread, with cooks at all levels turning to cheap cuts of meat and offal as a means of ringing up those all-important changes in their menus.

In the old days, I never saw sweetbreads (mollejas) on restaurant menus. But in the 1970s Argentinian restaurants featured them because they are an essential ingredient in the ‘asado’, their traditional mixed grill of meats done over charcoal.

Some island cooks started a bandwagon and you now find sweetbreads at non-Argentinian restaurants. No one, however, chargrills them like Argentinian and Uruguayan cooks.
Another meat that has slowly crept on to menus everywhere is carrillera, the cheek of the cow or the pig. When cooked with care this is a delicious tender meat with a superb texture.

But in the past no one was interested in the cheeks of these animals (or any others) and they were classified as offal. But carrilleras are extremely popular today and the man who put them on the road to universal acceptance was Juan Mari Arzak — whose restaurant in San Sebastian was the first in Spain to get a three-star Michelin rating. 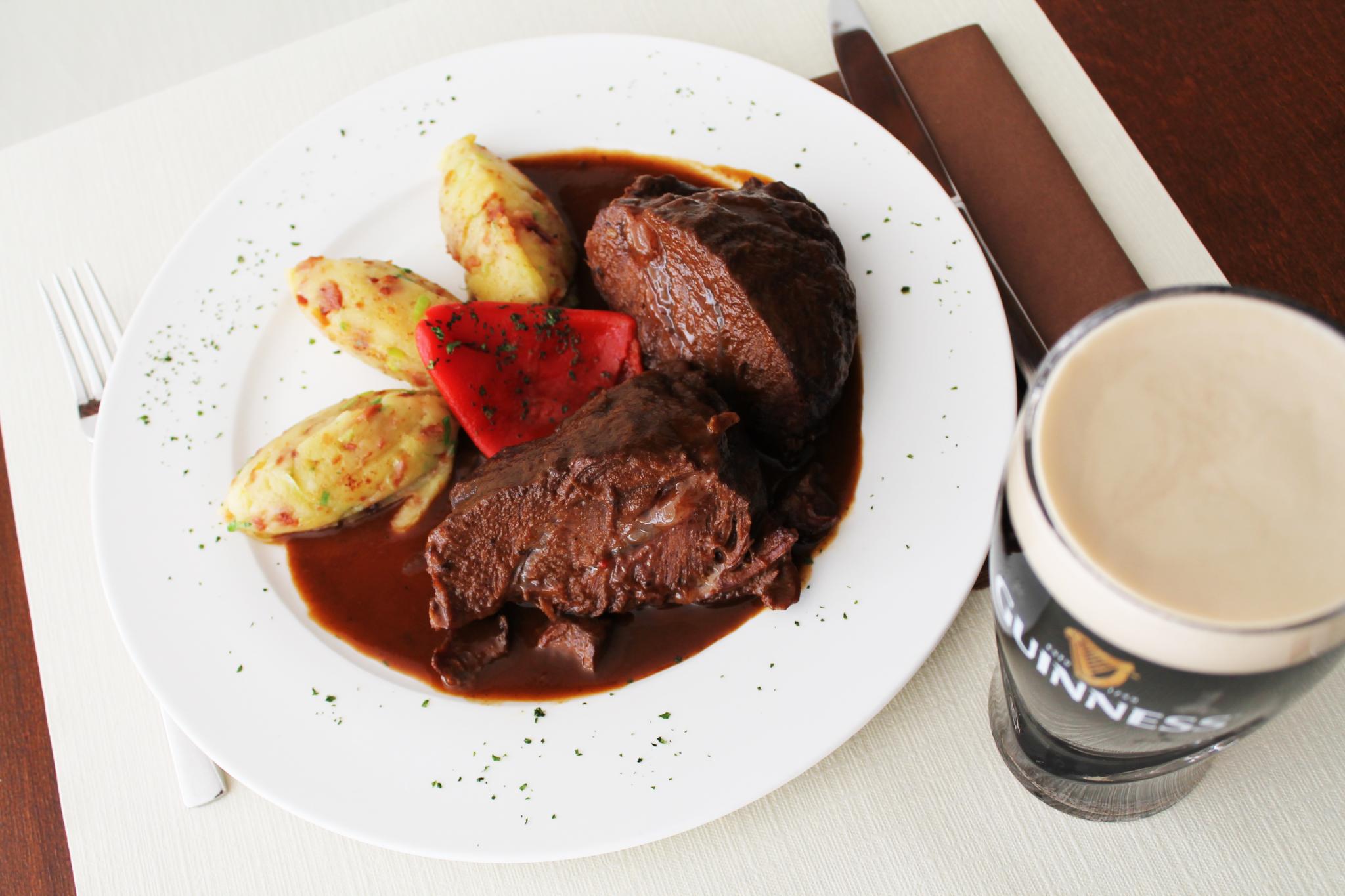 Arzak sautéed ox cheek medallions and then finished them off in port, brandy and red wine, with sage and vanilla as the main flavourings. He served them on a pool of their own sauce, with small baked potatoes and tiny hearts of grilled lettuce napped with a sauce of puréed chickpeas — another ingredient linked to poverty cooking.

Arzak decorated the plate with a few crisply fried whole chickpeas, a sprig of curly parsley and a couple of sage leaves. I am not suggesting you attempt this recipe at home. This is haute cuisine and calls for haute cuisine staff and resources.

My method is to marinate ox cheeks for 48 hours in a bottle of Ribera del Duero red costing around €5. The cheeks are drained, dried and sautéed in virgen extra olive oil and simmered in the marinade with two bay leaves and a few sprigs of fresh thyme.

The heat should be as low as possible and the cheeks should cook for no more than 45 minutes. They are finished off next day on a low heat until they are perfectly tender but with lots of consistency. If the cheeks overcook the meat be stringy.

I serve them with creamy mashed potatoes with lots of butter. My version doesn’t have enough airy-fairy touches to get a Michelin star rating, but it’s extremely tasty — real food, cooked for real people by a real cook.

Ox and pork cheeks are widely available nowadays at market stalls and supermarkets. Go for those that have been well-trimmed by the butcher.

A good way of doing pork cheeks is to sauté them in virgen extra olive oil and then cook them slowly in your usual tomato sauce for pasta. I use spaghettini or fettuccine and I prefer to serve it in the Italian style — the pasta first and then the meat.

Ox cheeks and other meats marinated and cooked like this also pair nicely with polenta which is readily available at all supermarkets. It’s an easy-to-cook staple and you can serve it with just about anything — or have it on its own with nothing but a plain tomato sauce, plenty of grated parmesan and a full-bodied red wine.

I was feeling nostalgic about polenta the other day when I saw a picture in an Italian food magazine: thick grilled sausages on a plank of wood with a mound of polenta on the side. Nor would this dish have been awarded a Michelin star rating, but it was basic Italian cooking at its most appealing.

Polenta is ideal for autumn, winter and early spring and when cut into dainty shapes and lightly grilled, it can even be eaten on the hottest of summer days. So it’s a very versatile grain for all seasons. On really cold days, polenta is best when eaten as described above: straight from the pot and with a succulent meat.

Cooking polenta is easy enough, but you still have to know a couple of rules. If you have read Sophia Loren’s first cookbook, you must forget what she has to say about polenta. Sophia gives a cooking method that calls for what she says is one and a half hours of ‘exhausting work’. But Sophia exaggerates.

Thanks to a little trick that has evolved over the years, it is possible to cook polenta with only seven minutes of light work. If you are using half a kilo of polenta (enough for 6-8 servings) measure its volume with a cup or glass and use three times as much stock. Bring the stock to the boil in a saucepan big enough for the amount of polenta you are using. I use an enamel-lined cast-iron pot although Sophia, like many Italian cooks, has a special non-galvanised copper pot.

When the stock is boiling at a nice roll, quickly sprinkle on the polenta with one hand while stirring vigorously with the other, using a wooden spoon. The mixture thickens very quickly.

Keep stirring or five minutes and add a little more stock if the mixture becomes solid rather than thick. Lower the heat to an absolute minimum and cover the flame with a metallic heat diffusor. Now comes the little trick that avoids Sophia’s 90 minutes of exhausting work. Pour a coffee cup of stock round the edge of the polenta, cover the saucepan with a tight lid, and let it cook on the very low heat for 25 minutes.

The steam produced by the coffee cup of stock will continue to cook the polenta without the need for more stirring. There’s no danger of the polenta burning because of the low heat and the diffusor.

After 25 minutes, stir the polenta well and pour it into a rectangular dish large enough to give a layer of 2 cms thick. Spread the surface with a spatula so it is quite flat and leave until the next day.

At this stage, one of the best ways of using polenta is to cut it into little squares or diamonds that are sautéed in butter before being served with a fresh tomato sauce and lots of grated parmesan.

Cooked polenta is always rather damp and these little shapes often stick to the frying pan when we sauté them. This can be avoided by putting the polenta pieces into a suitable flattish dish and drying them in the oven or under a grill.

When the polenta pieces have dried off on all sides they won’t stick to the pan or break up when sautéed in butter or olive oil. They should end up with crispy and golden exteriors and soft insides. If the surface becomes slightly charred in places, the polenta will taste even better.

Any sauces you serve with must always be very thick: a thin one would spoil the crisp finish that is so essential to sautéed polenta.