Magí Garcías is a pianist who was born in Palma in 1994. He has recently composed a work that is based on what is usually referred to as a legend but which has only attained this status because of the legendary nature of the subject. The legend of Nuredduna was an invention of the Pollensa poet Miquel Costa i Llobera, yet the story is such that it surely has to be based on a legend. Does it not? 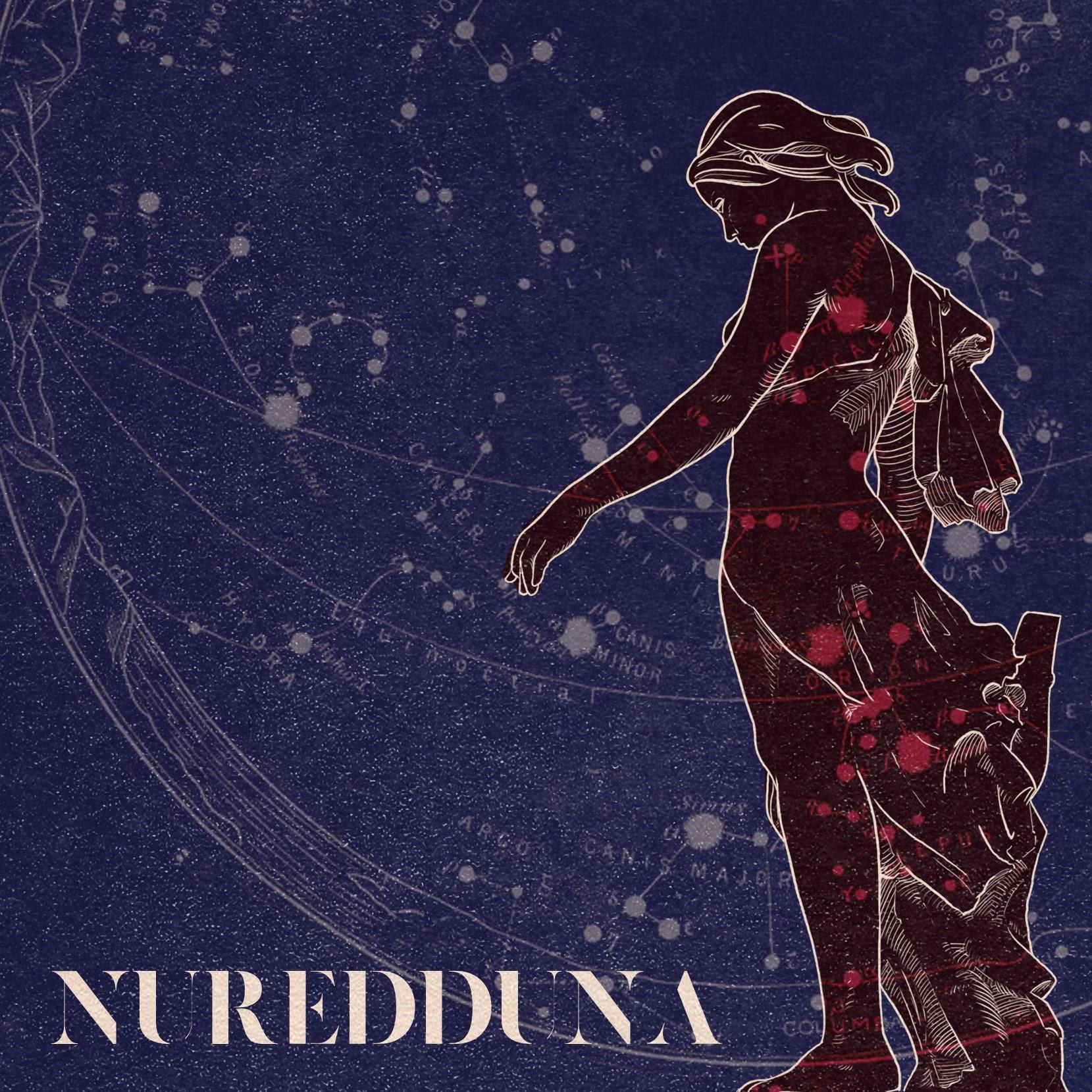 Legend and pure fiction come together in the Nuredduna story, which didn’t specifically benefit from having this title. Costa i Llobera’s 1900 work was entitled “La deixa del Geni Grec” (The Legacy of Greek Genius). The poet was perhaps being mischievous. One of the two main protagonists in the story, the sailor from the Hellenic lands, Melesigeni, is the genius - Melesi-geni - and yet it is the Talayotic prophetess, Nuredduna, who has become the stuff of legend.

The caves of Arta provide much of the setting for the story, and there is a myth which has grown up about these caves. They were discovered, so it is often claimed, by the French geologist Edouard Martel in 1856. He didn’t discover them, and a connection that this alleged discovery has to the Austrian Archduke Louis Salvador can be no more than fiction. It is in fact wrong. The Archduke, who was to go on to compile his mammoth “Die Balearen” encyclopaedic work and buy up much of the Tramuntana, didn’t arrive in Majorca until 1867. Even if he had come to the island earlier, in 1856 he would have been nine years old.

It is maintained that the Archduke, interested in Majorca’s subterranean world, contracted Martel to discover the caves. Well, did he? There is a further problem with the 1856 discovery story; Martel wasn’t even born then. Martel was to explore the caves in 1896, by which time the Archduke had already written about them, so it is possible that Martel was contracted by the Archduke; but not three years before he was born.

The fact is that the caves were known enough for the Majorcan, Joan Binimelis, to have mentioned them in his “History of the Kingdom of Majorca” in the late sixteenth century. It was a Majorcan clergyman by the name of Antoni Cabrer, who was to make the first real known discoveries between 1807 and 1826.

One mentions this error with the caves to highlight how facts can often become blurred. In the same way, the fact of a fiction can be distorted into becoming a legend. But this is understandable because of the story. It is believed that Costa i Llobera based Nuredduna on the notion of the Sibil-la, revered in Majorca as the Christmas Eve Chant of the Sibil-la. So in this regard he was evoking Ancient Greece, with the Sybil, the prophetess, relocated to the Talayotic settlement of Ses Païsses in Arta. 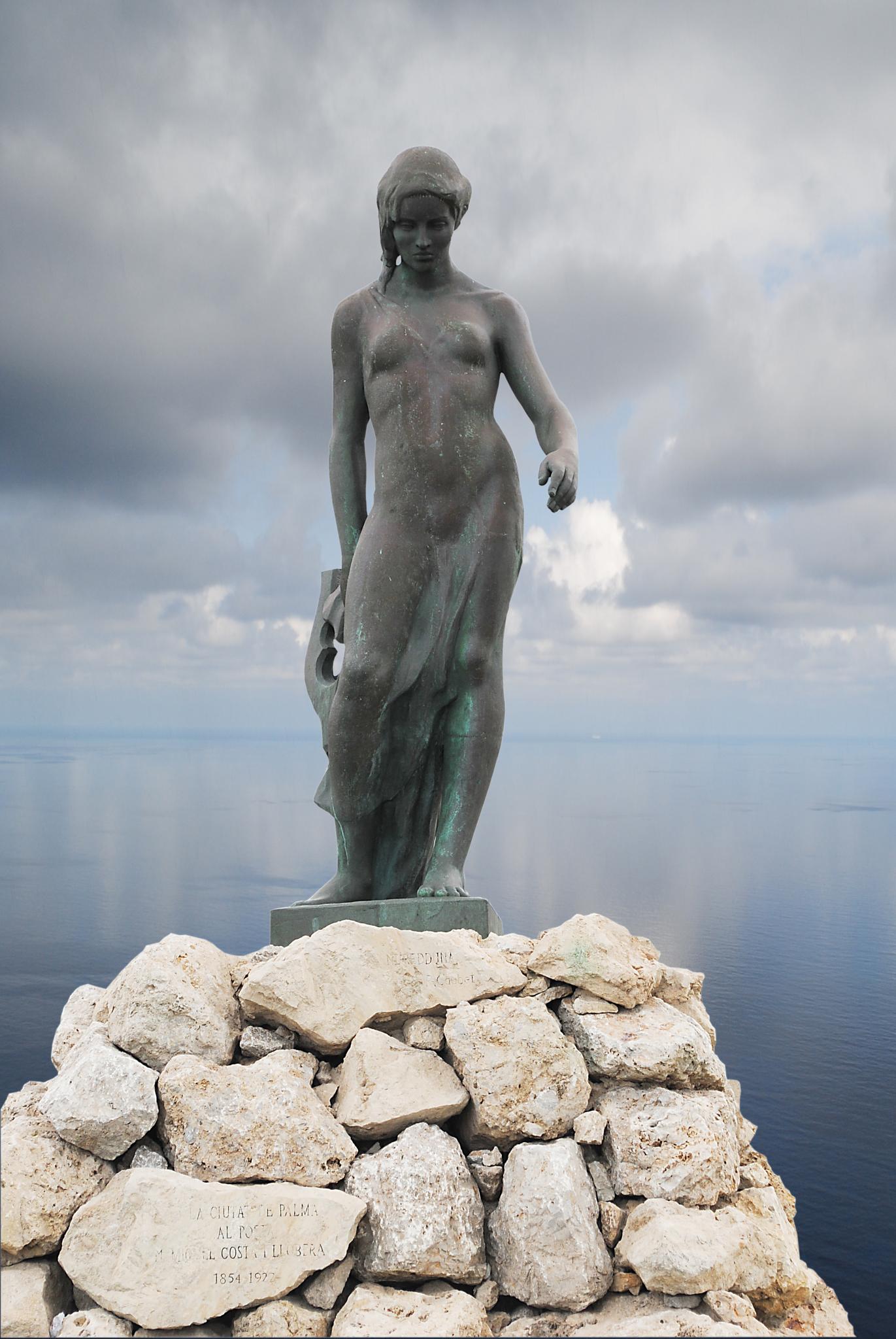 There is a theory that far from inventing the story, Costa i Llobera took it from an Arabic tale. “Nur” is an Arabic word (fire or light), and it has been suggested that Nuredunna is derived from an Arabic name, Nurdinna. Be this as it may, the story was to become one of his finest works and to inspire all manner of further artistic endeavour. Magí Garcías’s composition is just the latest. A most beautiful representation of Nuredduna is Remigia Caubet González’s statue near the Palacio de Congresos in Palma.

Her statue is an interpretation of Nuredduna, heading towards the sea. In her right hand is a lyre, the stringed instrument associated with Ancient Greece and in particular with Melesigeni. Remigia Caubet’s statue denotes Nuredduna looking to the sea, waiting for her beloved to return, because Costa i Llobera’s poem of Greek genius was ultimately a sort of love story, albeit a pretty gruesome one.

To cut a long fictitious legend short, the last Talayotic tribe in Majorca, the Clumba, needed human sacrifices to the gods in order to prevent themselves from dying out. Nine Greek sailors were captured. As they were being prepared for the sacrifice, singing and the playing of a lyre were heard. It was Melesigeni, one of the nine. He was spared this initial ordeal, thanks to the intervention of Nuredduna, but was taken to the altar in the Sacred Cave - the Caves of Arta.

She released him, a love having grown despite her not understanding the words that he sang. He ran to his raft, leaving his lyre behind. The tribe were incensed and stoned Nuredduna. Mortally wounded, she took refuge in the Sacred Cave. And when the army of Boken-Rau arrived, the tribe knew that their time was up. They threw themselves into the flames at the cave, and the last thing that the high priest saw was Nuredduna, blood falling from her head on to the lyre.