The incredible poached egg that was breaded, deep-fried, and became a most exciting 10-rated dish. | Andrew Valente

A nyone sitting even 10 times the social security distance from our corner table next to a window in La Vieja, would have known that what was on our plate was something very special, a work of art that was sheer perfection.

When that happens I don’t suddenly get to my feet and punch the air, or anything histrionic like that. It’s not my style. I merely sit there, pensively looking at the plate and with an enormous satisfied smile on my face.

The dish I was looking at was on the menu as ‘an egg cooked twice, on potato purée and cream of wild mushrooms’. The waiter had previously told me this dish was about a poached egg that is breadcrumbed, deep-fried and served atop the purée. I was enthralled. It’s difficult enough to poach an egg properly, but to cover it in breadcrumbs and then deep-fry it…well, top marks to those who attempt it. Even if it doesn’t work.

But, as you can see in the picture, it worked beautifully. That fine and crisp breadcrumb coating hides the most amazing cooked egg yolk I have ever come across. It was totally liquid, without even a speck that had solidified, that was cooked through. If you’ve ever handled a poached egg, one with the white nicely set and the yolk quite runny (quite, not totally) then you’ll know that it’s so fragile that just giving it a nice coat of breadcrumbs is no easy matter.

But you then have to pick it up (how I don’t know, but I’m sure it must be tricky, extremely tricky) and then drop it into deep oil…which must be hot enough to give a crisp finish to the crumby coating but not at such a high temperature that the heat penetrates and starts to cook the yolk. That’s a tall order even for the most accomplished cooks.
It wasn’t until I broke through the crisp crumb covering that I came across this truly incredible runny yolk. I was astounded. I couldn’t see how this yolk could be in a complete liquid state after being in oil hot enough to produce a golden coat of breadcrumbs. But I don’t really want to know. I’m getting so much enjoyment out of thinking how the cook did it. Was the poached egg slightly frozen so he could handle it? Was the coating done with a kitchen blow-torch?

This egg yolk was a startling tour de force of precision cooking. I’ve never come across anything like it. However, it could be that I don’t know enough creative cooks. Anyway, it was worth more than a 10 — perhaps also a gold medal so gigantic that even a black hole in outer space would be unable to suck it in. 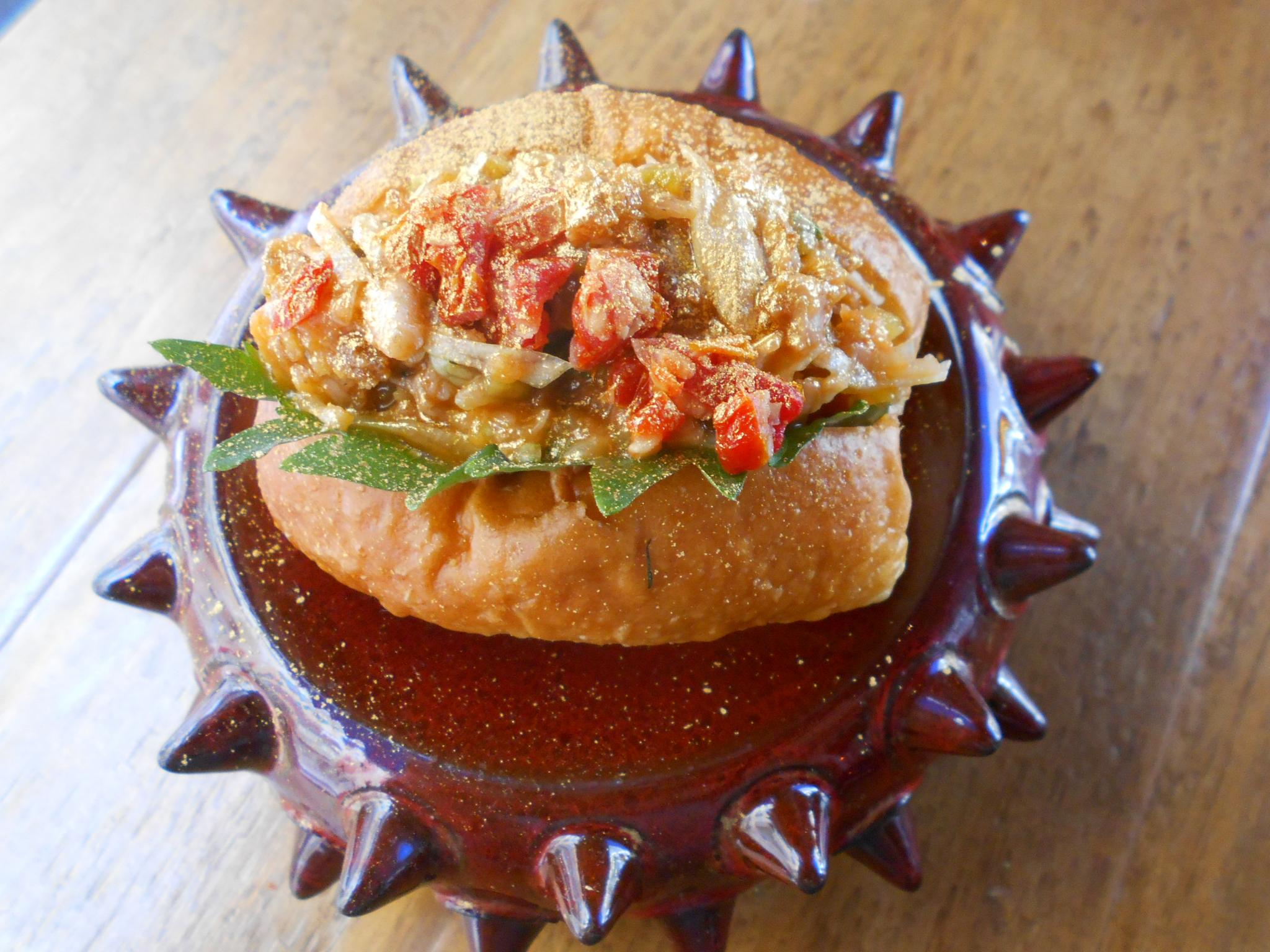 It’s always a splendid experience when a meal starts with a 10-rated dish — and especially when it’s such an unusual one as the twice-cooked egg. It was a poached egg that still had a totally liquid yolk even after it was breadcrumbed, deep-fried and served on a bed of potato purée with cream of wild mushrooms. You need loads of chutzpah to even attempt a dish like that. Making it work so beautifully gives Canary Islands cook-owner Jonay Hernández something to sing about. The giant cannelloni with a boiled beef and hen filling packed in lots of taste but the sauce was disappointing. The salted leg meat of a Majorcan black pig roasted in a kamado oven sounded good in print but was unexciting on the plate. I expected batter-fried skate for the sandwich but it was a mish-mash, although very tasty.

Restaurante La Vieja, Plaza Raimundo Clar 11, Palma. Tel:871-531731. Closed on Sundays and for lunch on Mondays. They have outdoor and indoor eating areas but play safe and reserve a table. From the windows you get a nice view of the large Plaza Raimundo Clar, which was named after a Palma notary who was also a well-known connoisseur of food and wine. The square, appropriately, houses several bars and restaurants. 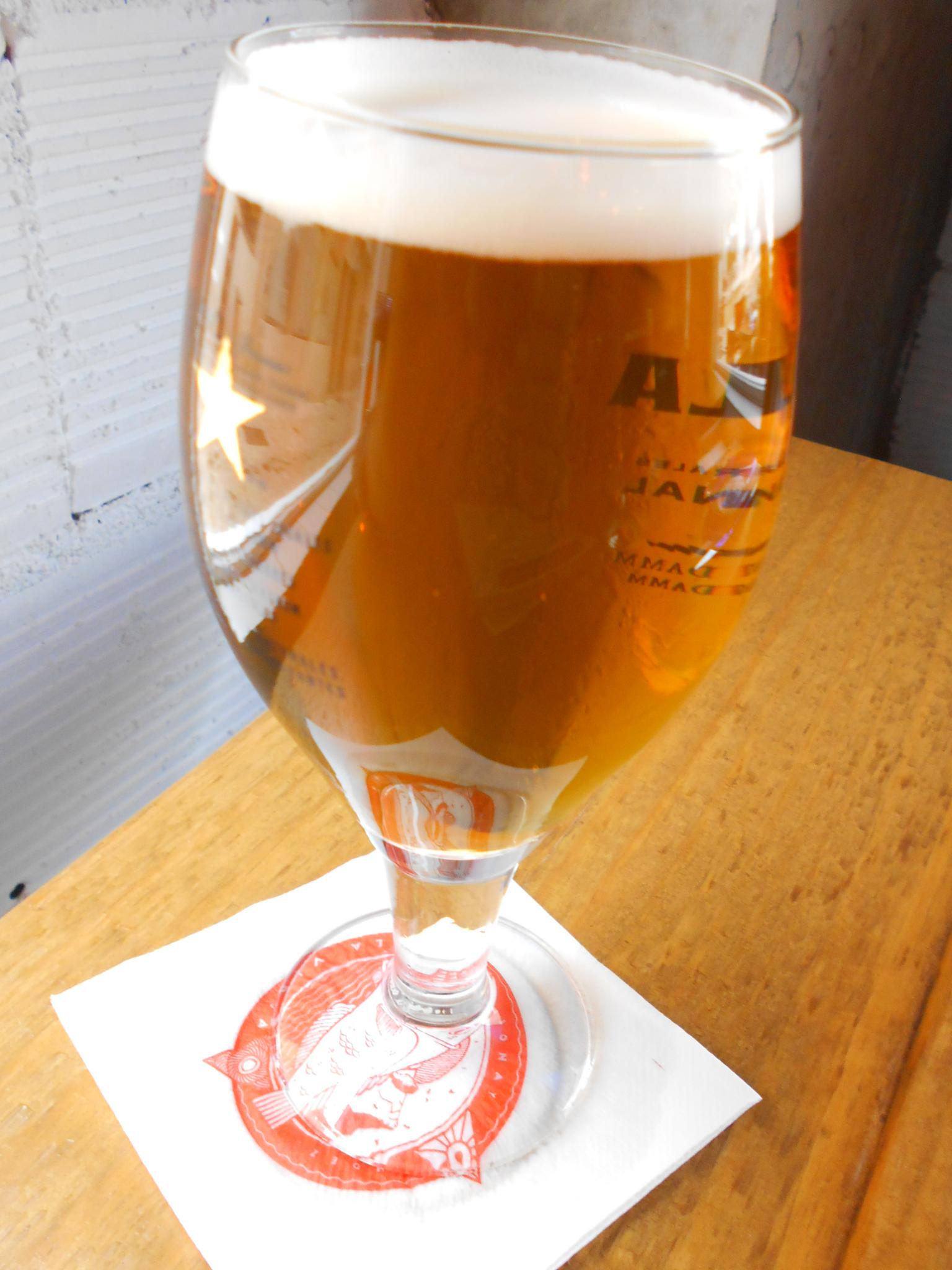