The fish and chips batter was light and crisp. | Andrew Valente

At this time of the year I aways have strong longings for foods Scottish, English, Irish and Welsh. While going through some of my cookbook shelves I came across one I had forgotten about and which is ideal nostalgic bedtime reading for this Christmastide period.

It’s called Cooking the British Way, was written by Joan Clibbon (an unusual surname) and was published by Paul Hamlyn in the 1960s. It was one of a series that covered at least a dozen international cuisines. 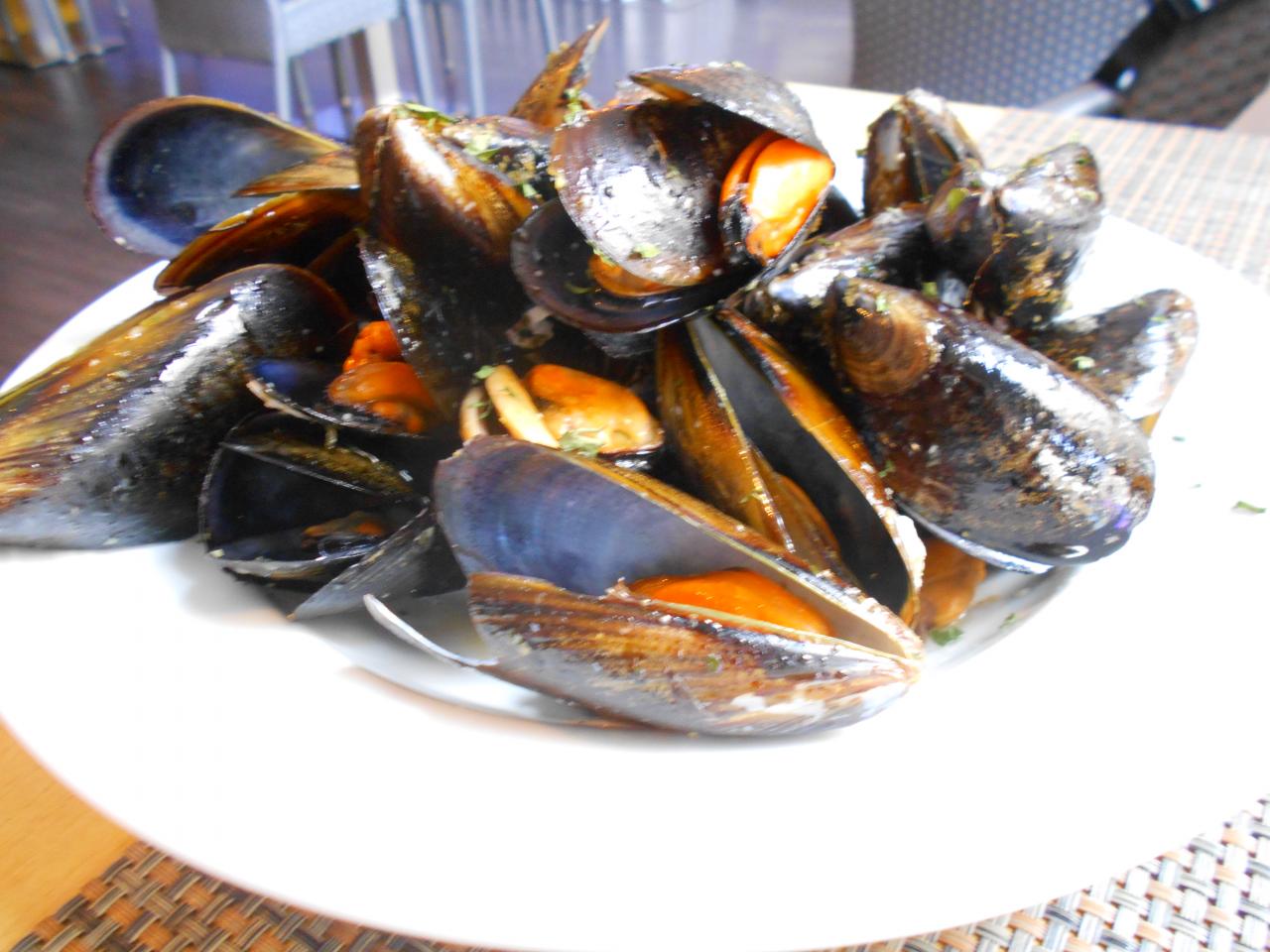 The book has some recipes I’ve never seen in any other cookbook: bacon badger (English), brotchan roy (Irish), Bedfordshire clangers, rude grude (Scottish) and many others. It’s easy bedtime reading and it put me in the mood for British food.

So when this week’s plan-A restaurant fell through (it doesn’t open at midday) we went round the corner to the plan-B and saw it did fish and chips — and we went straight in and sat at a window-side table.

Surprisingly, there is as dire lack of restaurants in Palma that do English-style fish and chips — that is, cod or hake in a traditional English batter.

You’d think one or two places (of any nationality) would learn how to do it properly and put it on for British residents — thereby drumming up some very necessary extra business. But they don’t.

El Fogón (an old Spanish word that means a place where food is cooked) was started by Spaniards, wasn’t a success, and an Indian woman (who is also the cook) seems to have taken it over. She lived and worked in London for several years and apparently wants to attract British residents and visitors: the walls are covered with placards full of English sayings — some pretty, some witty, some wise.

And she’s smart enough to put fish and chips on her menu. It’s not the traditional dish I mention above. She does it with fillets of dorada (gilt-head bream) and instead of using a sturdy English batter she does a light and crunchy Mediterranean one.

So it’s Med fish + Med batter = a Med fish and chips, with the chips coming to the table straight from the deep-fryer. There were four pieces of dorada fillet, each one nicely buttoned into its light coat of crisp batter.

The waiter even brought us a cruet set (when did you last see that word?) and was surprised when we said we didn’t use vinegar on our fish and chips because it ruins the crispy batter. It all added up to a most pleasant fish and chips. When eating it, forget about how they do fish ‘n’ chips along the Old Kent Road and enjoy it for what it is — a nice Med version.

With such a dearth of restaurants that do fish and chips (I’m not asking for a chippie, just a place that does a reasonable version of Britain’s national dish) it was good to come across El Fogón’s rendering. Although their dorada and chips wasn’t done with a traditional English batter, this Mediterranean version was excellent: light and very crisp. 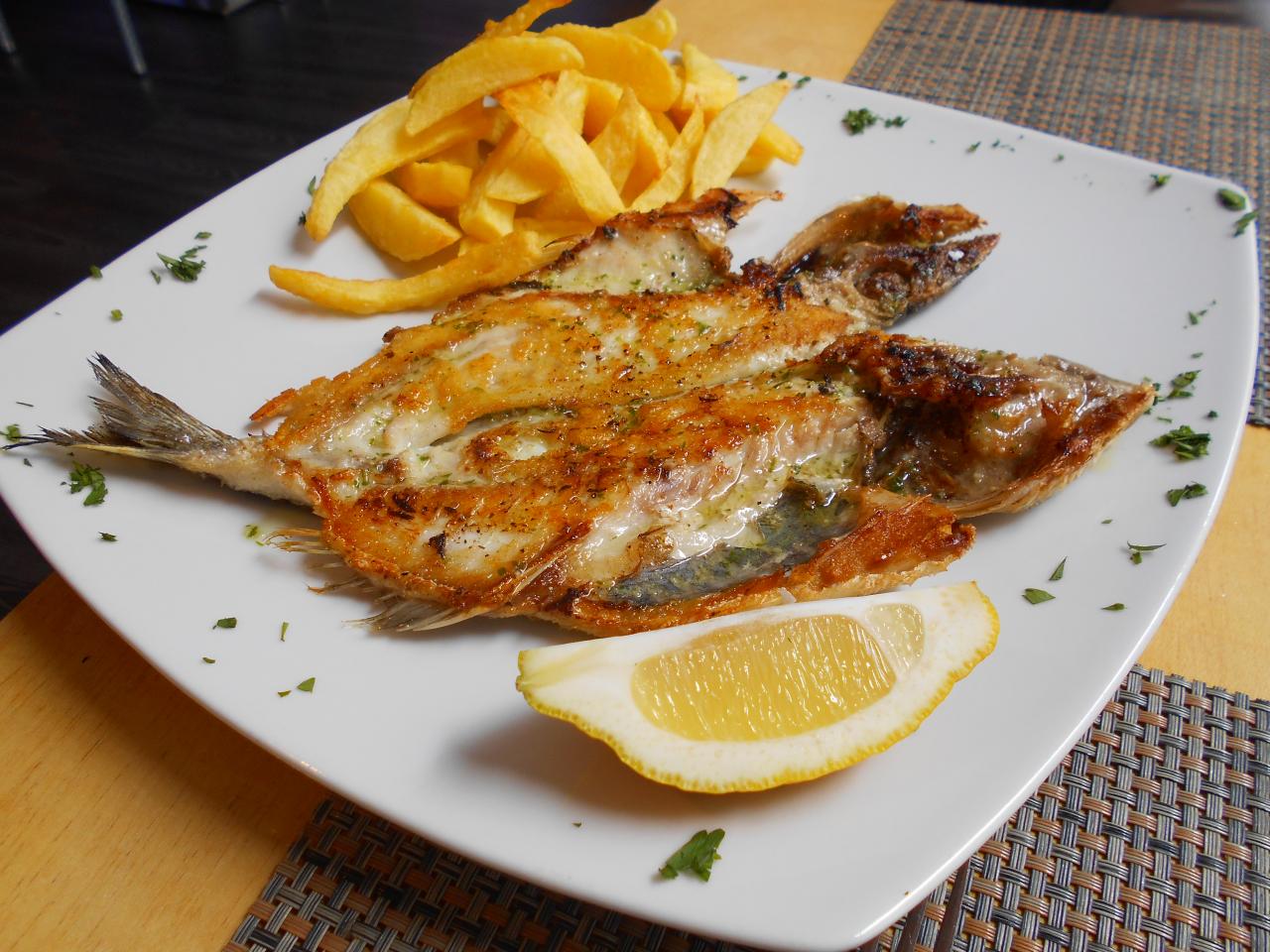 There are many tapas bars in Palma that would love to have a cook who can do such a light crunchy batter. The mussels were done in a frying pan, but with some oil — and shells with a film of oil are a nuisance. The cook should consider doing them in a dry frying pan. The dorada a la plancha was on the hot-plate too long (or at a temperature that was too high) so wasn’t as moist as it should have been. The brownie had a good taste but the texture wasn’t light enough. 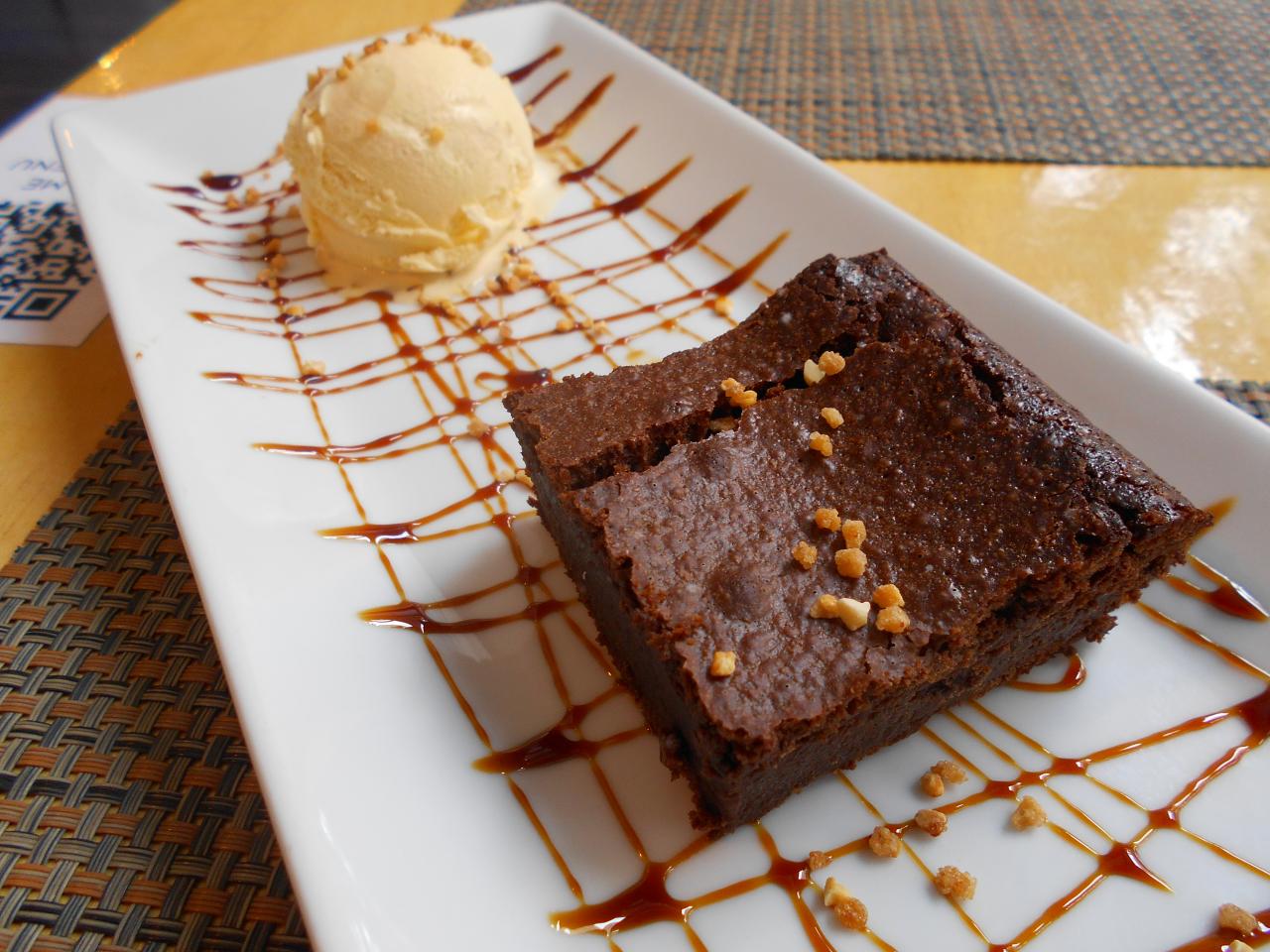 El Fogón, Calle Monseñor Palmer 2, Palma. Tel:971-107176. Closed on Tuesdays. There’s plenty of space in the dining room and it shouldn’t be necessary to book except, perhaps, at the weekend.