Give your real tree to a goat when you’ve finished with it!

It’s that time of year again when the great debate about real or fake Christmas trees begins. There are pros and cons to both. Mostly it’s really up to personal choice and budget, which you prefer.
In the 19th Century it was Prince Albert that was thought to have brought Christmas trees their popularity in the UK but further research tells me that Queen Charlotte, the German wife of George III first introduced a Christmas tree into the Royal household in 1800, starting a tradition for the festive season. Since then there must be few people who do not have a Christmas tree in their homes to decorate and they have become a world wide symbol of Christmas. 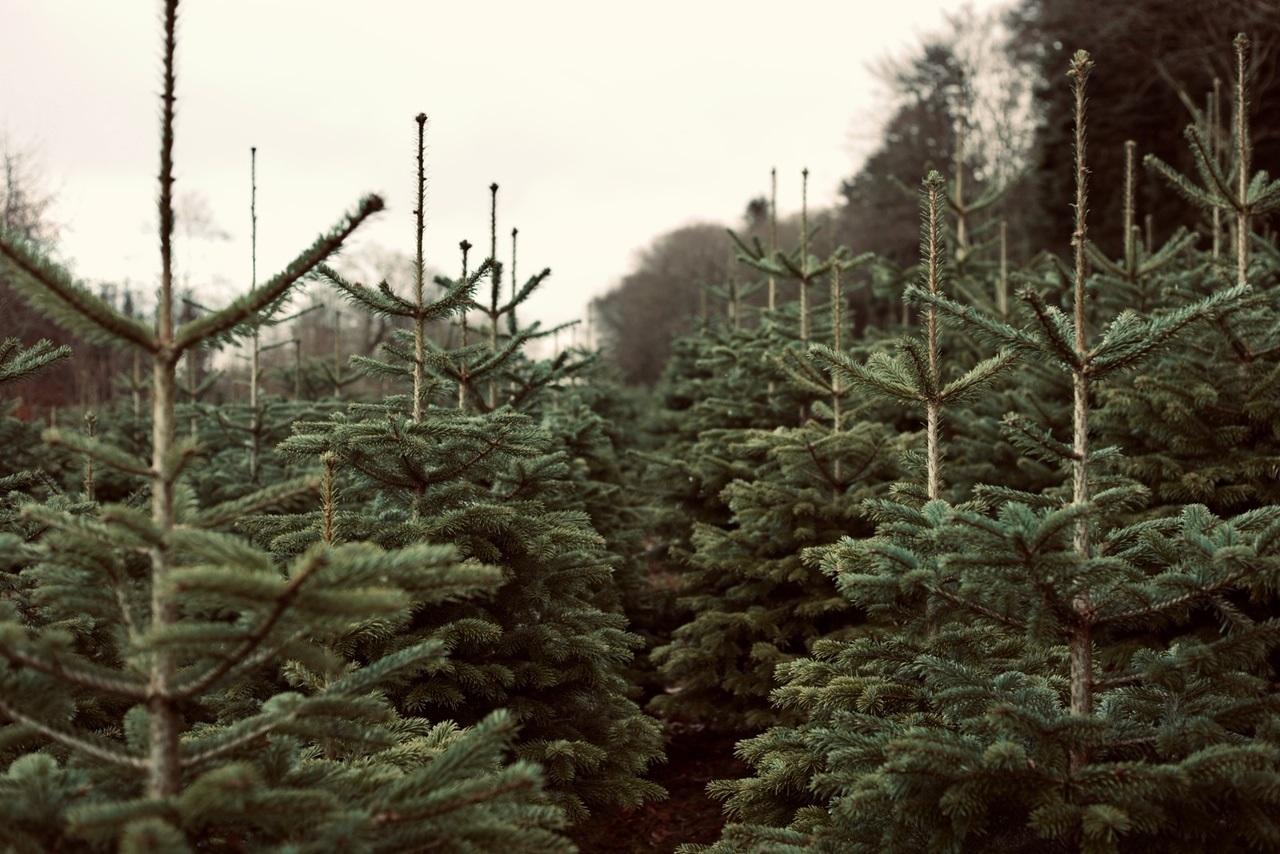 Like everything else Christmas trees go through ups and downs of trends with artificial trees appearing by the mid 20th Century and being all the rage.
They were easier to look after, didn’t drop needles everywhere and easy enough to pack away until next year. They solved the problem of what to do with a real tree when you are finished with it and of course once one was bought, there was no expense in subsequent years. Providing you keep it for at least 12 years the environmental impact is not much greater than using a real tree.. apparently. 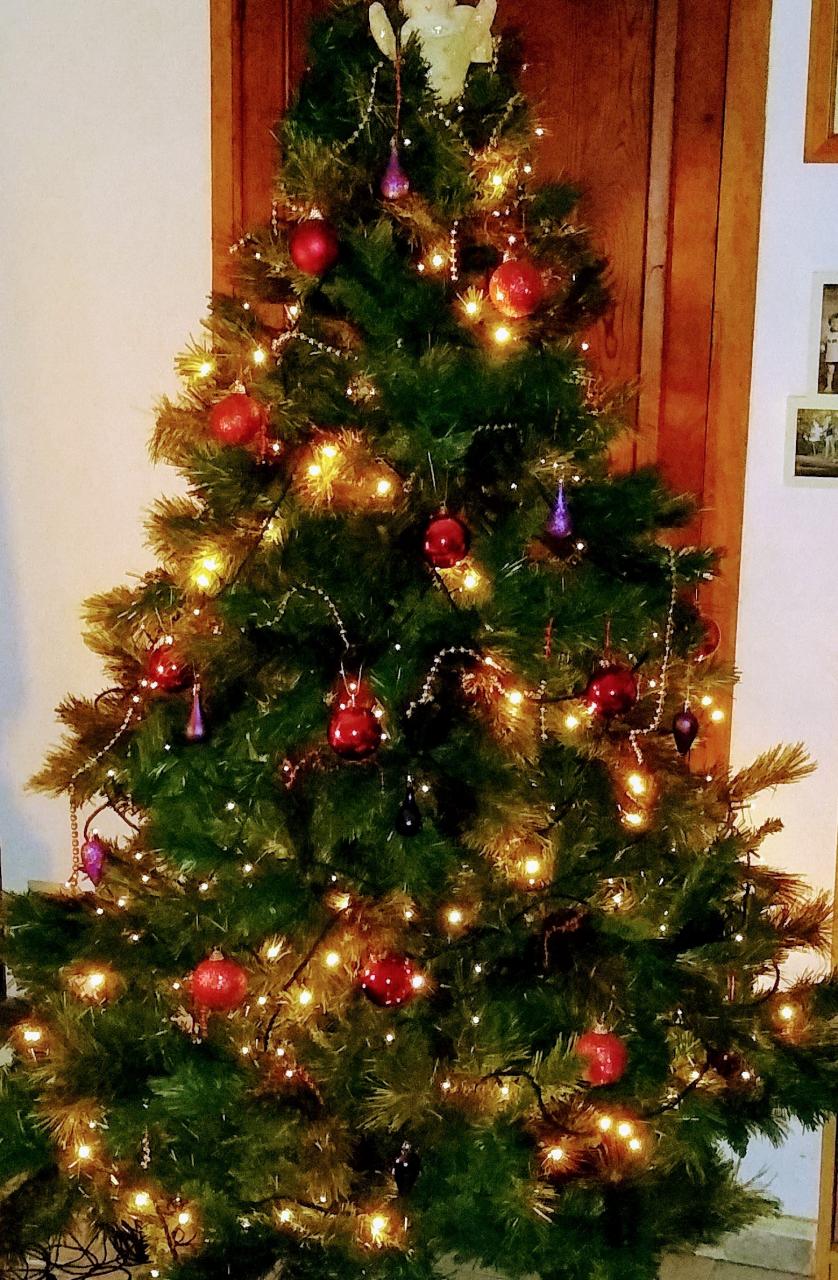 These days artificial trees even come prelit, and in an array of colours and sizes. That rather takes away the fun of getting taffeled up in lights that you thought you had packed away properly to make it easier this year, and then there is making sure you get them on the tree in an equal manner with no ‘light gaps’.
We have an artificial tree and we have had real trees, the latter being my preferred option.
These days of course we are all a bit more environmentally aware and thus the debate.
Many people mention deforestation when thinking of a cut tree and hence the plantations of tree growers and then there is transport around the world.

I spoke to once such tree grower (his trees above) and he tells me that they plant about 1000 new trees every year and always more than they cut down. Real trees farmed or otherwise of course absorb greenhouse gas CO2 as they grow and so clean the air. The more planted therefore, the better. 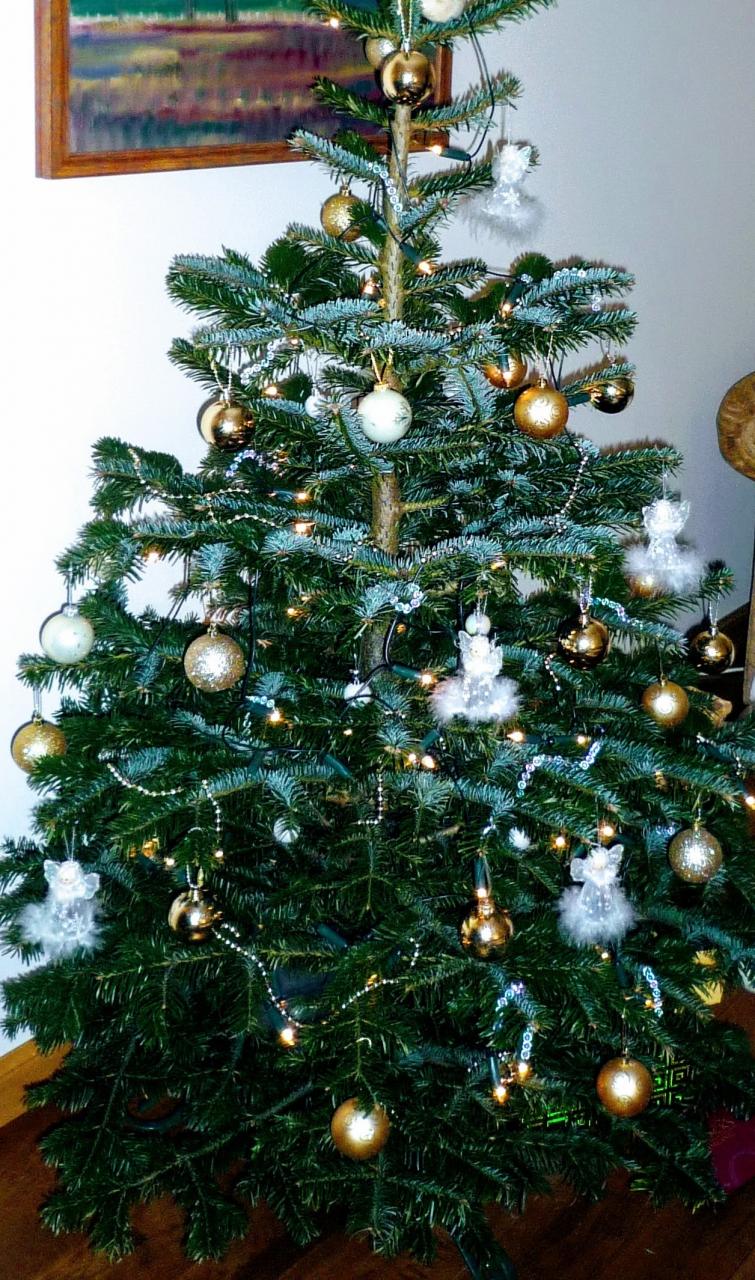 The other great thing about real trees is that they can literally be returned to the ground when we have finished with them. They can be shredded and used as mulch on garden pathways and around acid loving plants and trees in the garden where they will eventually rot down adding vital carbon to the earth. Bear in mind with the plantation trees that the roots stay in the earth once cut which of course also adds carbon to the ground as they rot. 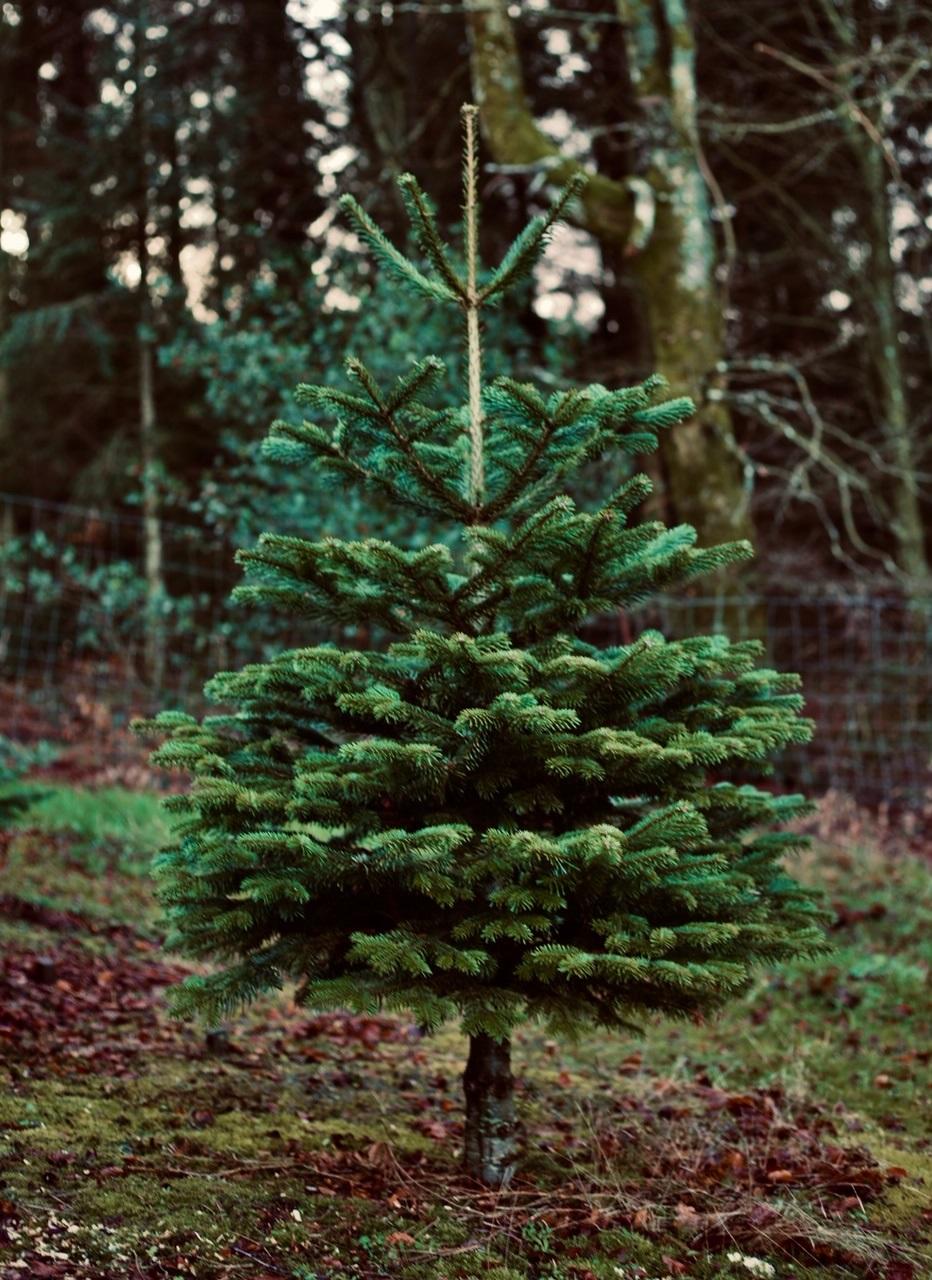 The trend is now returning to the real thing and here on the island we have plenty of choice in garden centres that offer some rooted small trees and cut trees.
Speaking with supplier Mallorca Christmas Trees I asked his opinion on whether I should buy a real one or get the trusty 10 year old fake one out of its box... He tells me the trees he is supplying are Normanntanne trees, farmed by family in Denmark. Each sustainable tree is grown for 10 years before reaching maturity and then cut for orders.
As mentioned, the family plant more than are needed every year and thus they will continue to soak up CO2 and no doubt add to wildlife habitats.
I asked him if they would survive until Christmas if they are cut at this time of the year. He tells me that the trees have very oily needles which retain moisture meaning they will stay fresh for around 6-8 weeks.
I read that awhen you get a cut tree its a good idea to make a fresh cut and water the tree every couple of days which will also help it indoors.

Things you can do with a real tree after you have finished with it:

What to do with an Artificial tree:

Having lived in Scotland I have been well and truely spoilt with real christmas trees and my farourites still planted, in a forest and covered with snow.

Madge | over 2 years ago

For me it is real all the way, so enjoy these posts, thank you.