But how did they end up here?

Joe Fiteni, and his wife Maureen, sailed into Mallorca some 14 years ago and have been at the heart of the Island’s mainstream boating community ever since. Not only were they proprietors of Pollensa’s Mojos Marine Services, now run by godson Tom, but the duo also moderate the ‘Boating in Mallorca’ Facebook page which has 7,000 members - and counting. But how did they end up here?

Aged 16, Joe joined the British Army and went on to serve just shy of 20 years. During his military career, there were a handful of pointers as to how his life may unfold. The first was completing a diver course run by the Royal Navy, and the second was a powerboat course in order to look after the officers’ plaything speedboat. But, Joe’s sailing bug was firmly caught in Germany.

“Wednesday afternoon was sports afternoon in the Armed Forces, tug o’ war and rugby in the winter and, while based in Germany, just a few miles from the Möhnesee Dam of Dam Busters fame, sailing in the summer. Our unit had a dinghy sailing school and clubhouse, so off I went.

I never climbed aboard mind, just discovered the joys of girls, a bar, and a BBQ always on the go. During my last year in the unit, I cracked and finally got in a sailboat. I loved it. My next course was a RYA Dinghy course and that was the start of it.

“Shortly after discharge from the Army, I joined the local dinghy club, racing every weekend. I was lousy, but adored every minute of it and ended up as club president. I could sense things were getting serious, so went to night school and did my RYA Day Skipper and Yachtmaster. Throughout this period, my long-suffering wife Maureen, also ex-Forces, would have to crew for me. I knew she hated it, but I can only thank her - as look where we ended up. 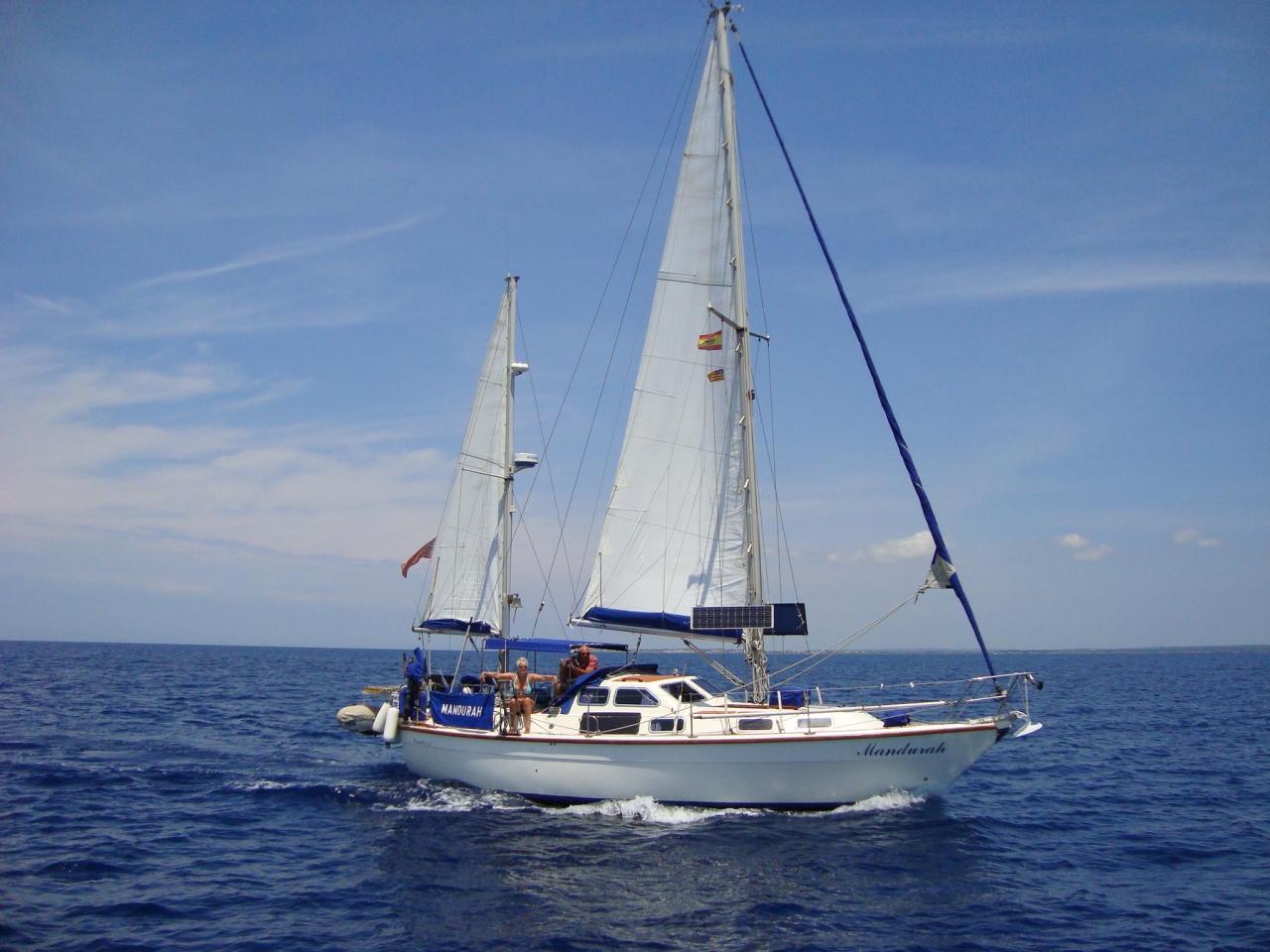 “Our first big trip was a Channel crossing on a Warrior 40. I convinced Maureen it would be a great jaunt and she would enjoy every second - big mistake. She stocked up on suntan lotion and bikinis but, from day one, we were in the hands of Hurricane Floyd. The wife spent two weeks in oilskins and wellies, all you could see were the whites of her eyes peeking out her hood. Long story short, we had a sinking incident, took three attempts to round the delicate Raz de Sein passage and, on our return to the UK, got a lobster pot around the rudder, lost steering, and the RNLI towed us back into port. Maureen vowed to never ever get on a boat again.

“I used to crew race a winter series in the Irish Sea out of Fleetwood, Lancashire, and Maureen’s stance had softened so she came with us - another big mistake. The Irish Sea did what it does best, coming out of nowhere. Harnessed on, cold, wet and miserable, we ploughed through and achieved our best ever race position - third. Not thanks to our skill, but because only three boats finished - the rest of the fleet retired. Once more, Maureen was never ever getting on a boat again.

“I tried a different tack and chartered a Sigma 33 out of Turkey with a couple of mates. Pooh-poohing her initial refusal, we charmed Maureen into it and the trip was a real turning point - she too caught the bug.

“We chartered the same boat several years on the trot, Maureen becoming a willing and reliable crew, and I quietly sowed the live aboard seed. Having read ‘Sell up and Sail’ from top to bottom, I dropped the bombshell, we were selling up and buying a boat. Once the tears had dried, Maureen’s not mine, we handed in the keys for our house and now had no mortgage, no bills, no home, and no plan. But we were proud owners of a Colvic Countess named Mandurah. 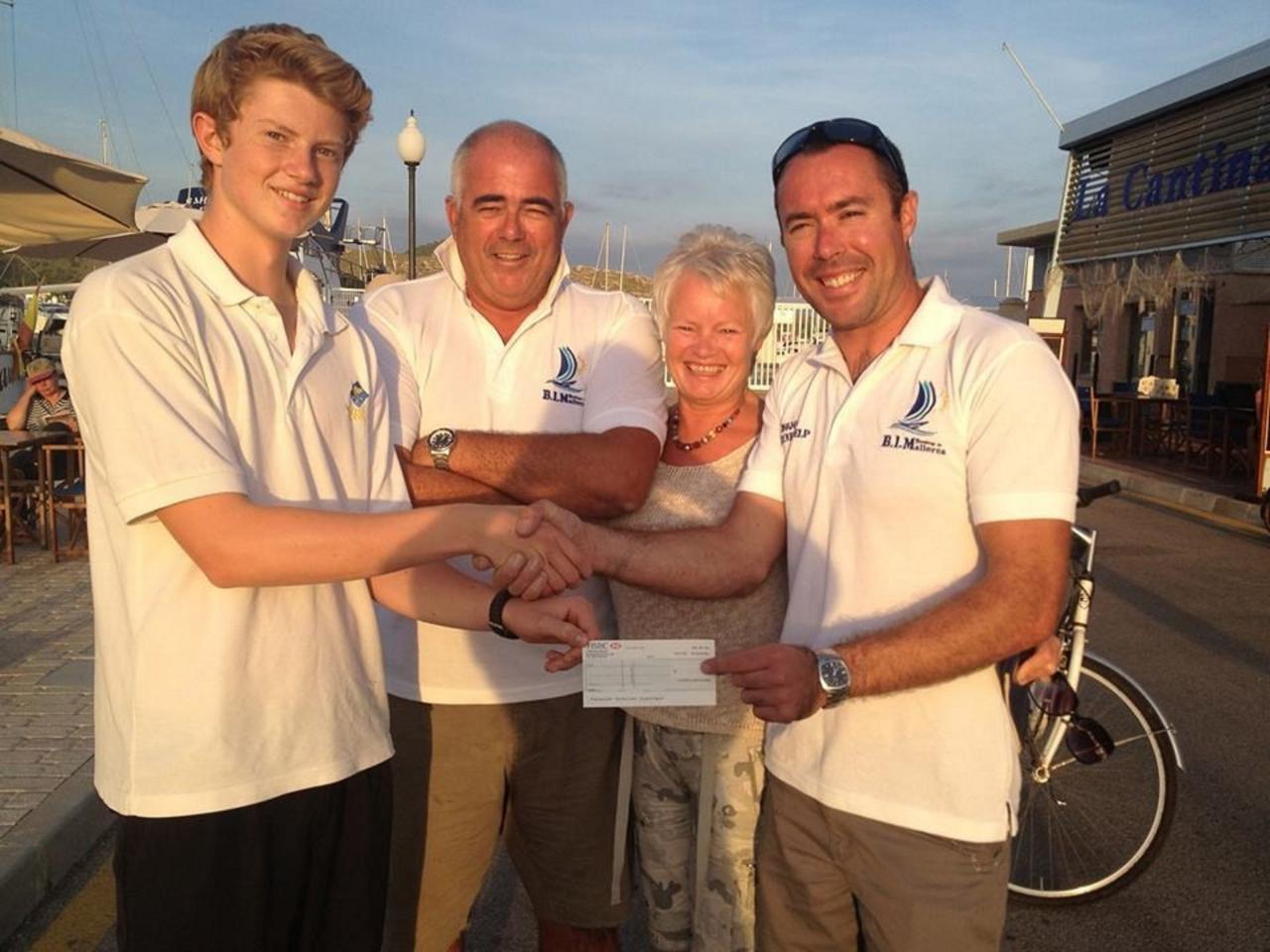 “We spent 18 months or so getting her ready, and decided if we could live aboard in Preston Marina, we could do it anywhere. Departing the northwest of England in spring 2004, we headed south until the butter melted, as they say, taking the Midi route down to Cap d’Agde, into the Med, and on to Barcelona for the start of our dream. We loved Barcelona and stayed for a year, until another adventure developed.

“Maureen and I were working on a boat called Archangel. She belonged to Lady Pippa Blake, wife of New Zealand yachtsman Sir Peter, who was shot and killed on an environmental exploration trip in South America a few year’s prior. Pippa had decided to sell Archangel to a chap called Mike, who was doing a refit before taking her home to New Zealand. Mike asked if we would like to accompany him and, with no second thoughts, we were on our way. The three of us almost crossed the Atlantic before I took ill, possible appendix. Mike was on the brink of operating, radio-ing a doctor each day, but we made it to Antigua where they diagnosed gallstones and removed my gallbladder. So that was the end of that little adventure. 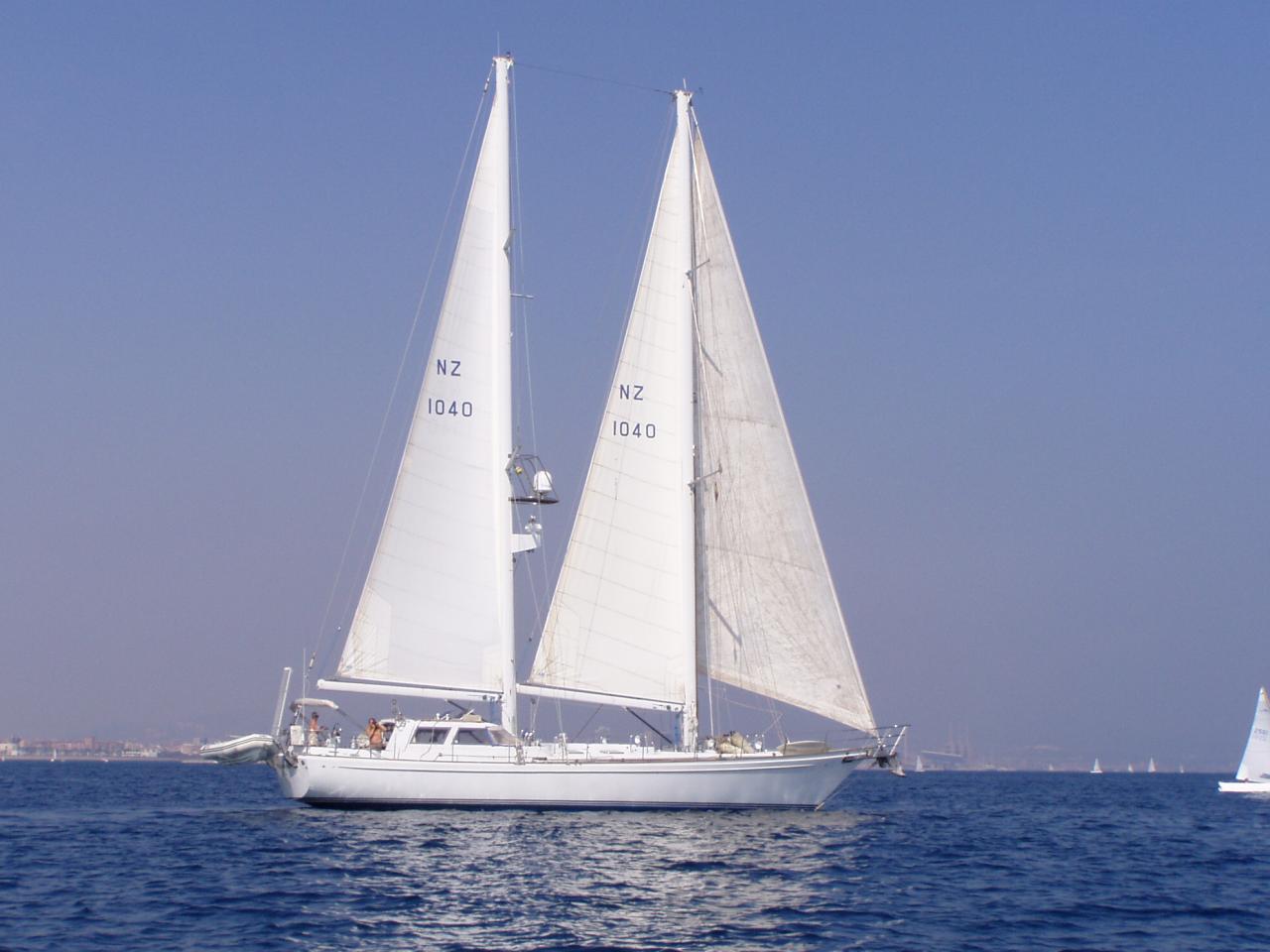 “On our return to Barcelona in spring 2006, we set sail for Malta where I have family, stopping in Mallorca for a week or two on the way. We made landfall in the Bay of Pollensa, immediately felt a sense of contentment, and a day became a week, a week became a month, and a month became 14 years. We still have no plan, but it’s working out rather nicely.

“Something we’ve been quick to observe during our time in Mallorca is the industry’s gradual shift towards the superyacht market. While I have no problem with this - I understand that it needs to follow the money - my issue is that 80% of the market, myself, Maureen and other boat owners, are being left behind. There is little for us at the international boat shows. As a test, I organised a second-hand boat show and jumble here in Port Pollensa, which proved to be a great success, raising several thousand euros for local charities. The Facebook page was a natural successor.

“So, to end, this is where we are today. If anyone out there is looking for a little help or advice, struggling in today’s world, please feel free to get in touch and I will be happy to help if I can.”

“The main thing I’ve learnt from Sir Richard is humility”