The cock crows at midnight

The Sibil·la is the main attraction, and this year marks the tenth anniversary of it having been admitted to the Unesco list of Intangible Cultural Heritage of Humanity. | Javier Coll

The cock crows just before dawn, does it not? It may well do, but the cock can crow at more or less any time. It depends on the type of cock. Crowing, and when it occurred, is an ancient means of time-keeping, one system for which had two cock-crowings. The first was soon after midnight and the second was at dawn. In the fifth century, Pope Sixtus III established a custom of a vigil at midnight. This was in fact after the cock had crowed. But it was still more or less midnight, and the papal vigil in Rome drew on what the ancient Romans had once called the song of the cock, which heralded the start of the day, i.e. just after midnight.

The midnight crowing helps to explain why Christmas Eve mass is known as Missa del Gall (Mass of the Cock), the term really being one that is Catalonian rather than Majorcan. It is used in Majorca, but mass for Christmas Eve has more traditionally been referred to as Matins, and this service in Mallorca is synonymous with the Cant de la Sibil·la, the Song of the Sybil.

Father Higini Anglès in a 1935 book entitled “The Music of Catalonia at the End of the Thirteenth Century” said that the Sibil·la became part of the liturgy after the conquest of Majorca. A fourteenth century codex is the first official inscribed record of the Sibil·la in Majorca. The chant had therefore become established in that century and was performed in the Cathedral. It was part of the Matins service for Christmas, which then was the nighttime liturgy that ended at dawn. 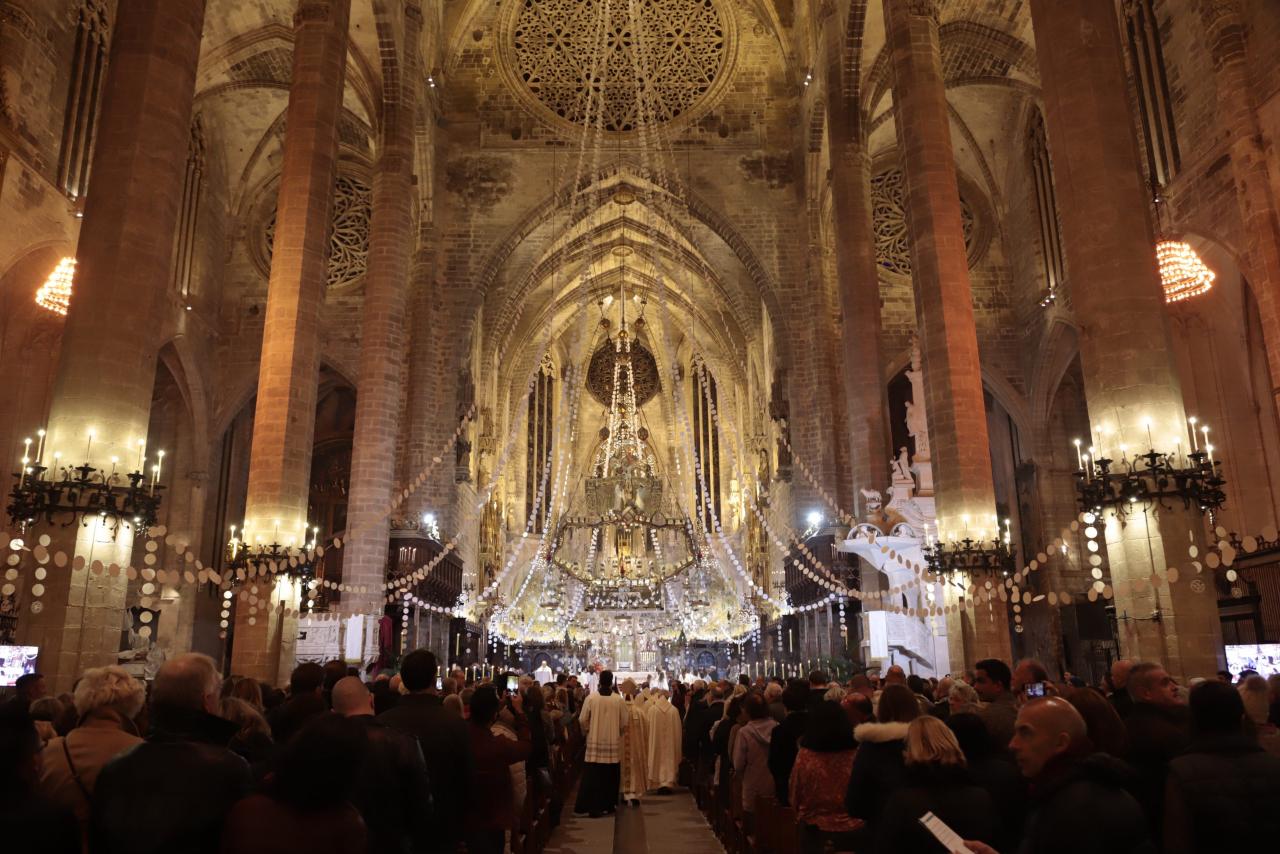 Matins of the modern day has been pushed back to such an extent that the Christmas Eve service can start as early as 5pm. It is still Matins but in name only. Under normal circumstances, but not this year, most services are around 8pm; the latest is at 11.30pm at the Santa Catalina Thomàs Church in Palma. Because of the early start for Matins, the Missa del Gall is sometimes referred to as Missa del Pollet, Mass of the Chick.

The Sibil·la therefore has centuries of history linking it to Matins, and so synonymous is it with the mass that other aspects of the service can be overlooked. While it is the oldest element, there are typically two other key parts - the Cant de l’Àngel (Song of the Angel) and the Sermó de la Calenda (Sermon of the Calendar).

The Cant de l’Àngel is the most modern. It comes from the late nineteenth century and was originated by the Missionaries of the Sacred Hearts at Lluc Monastery. The song tells of the angels’ announcement of the birth of Jesus to the group of shepherds. Originally written in Castellano, it was translated into Mallorquí in the 1950s. It was sung by the famous Blauets choir at Lluc and has, since the 1950s, become firmly embedded in the Matins services across the island.

The exact origins of the the Sermó de la Calenda are somewhat less clear. Like the Sibil·la, once it became an essentially Mallorcan phenomenon after the banning from churches by the Council of Trent in the sixteenth century, and also like the Cant de l’Àngel, the sermon is very identifiably Mallorcan. A child announces the happy event of the birth of the Son of God and invites the faithful to celebrate and share the joy of the birth.

The sermon is believed to have originated at the Cathedral in the sixteenth century. It was given in Latin and comes from the sung announcement of the birth of Christ in the Martyrology, while the name - Sermon of the Calendar - is derived from the Latin “kalendas”. “Octavo kalendas ianuarii” means the eighth day before the first day of the calendar, i.e. the first of January. The eighth day before was Christmas Eve, and it was apparently delivered after the first song on the morning of Christmas Eve. The text of the sermon, still given by a boy, nowadays varies; parishes are free to have their own interpretations.

But the Sibil·la is the main attraction, and this year marks the tenth anniversary of it having been admitted to the Unesco list of Intangible Cultural Heritage of Humanity. There are different translations into English, but this is the one that the Cathedral has produced:

“The judgement day
Will appear who have served
Jesus Christ, universal King
Man and truly eternal God
He will be lowered from the Heavens as Judge And to each one will give justice.
To the wicked he will say harshly
‘Go, you damned ones to hell
Go to the eternal fire
With your infernal prince’.
To the good he will say: ‘Come my children Possess the kingdom that is prepared for you Since the creation of the world’.
O humble Virgin, you who have given birth To the child Jesus this night Intercede with pity that your Son Will liberate us from eternal fire.
The judgement day
Will appear those who have served (God).”