No bonfires but lots of eel pies

From the beginning of December until January 20, Mallorca has more important fiesta days than any other part of Spain — but not this year. The all-invading coronavirus has pulled the curtain down on Friday’s and Saturday’s big Sant Antoni fiesta in Sa Pobla as well as next week’s huge celebration for Sant Sebastià, the patron saint of Palma.

There will be no enormous bonfires in the streets and squares of Sa Pobla on Saturday night, no gigantic outdoor dance in the main town hall square and none of the roaming ‘devils’ with grotesque head masks and menacing pitch forks.

Streets and squares all over Palma will be completely empty next Tuesday night instead of being populated with barbecue pits where crowds of residents in a party mood would usually spend a good part of the evening chargrilling pork and lamb chops, steaks, belly of pork, sausages, chorizos and Mallorca’s black puddings called botifarrones.

I know several families who’ll be grilling the usual Sant Sebastià chops and black puddings for dinner on Tuesday night but it won’t taste the same as those cooked and eaten with friends and neighbours round outdoor communal barbecue pits conveniently provided every year by the town hall. 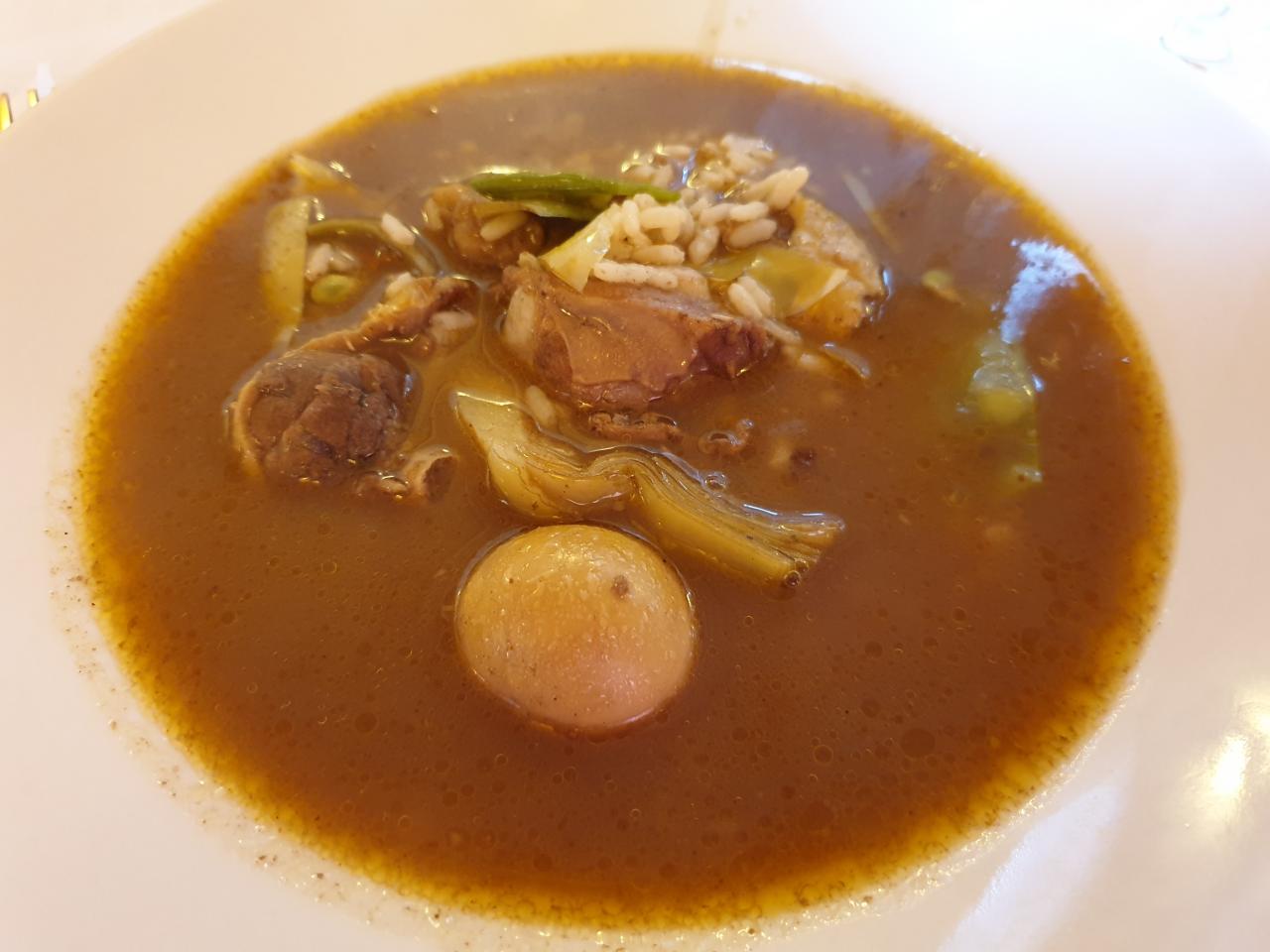 Sa Pobla has one of the island’s most interesting cuisines and food has a major role in the Sant Antoni fiesta days.

A traditional Sant Antoni dish in most homes in the Sa Pobla area on Saturday and Sunday will be arròs brut, a rice dish made with pork, charcuterie and small feathered game. I wrote about on November 11 when it was the double Wednesday page.
The arròs brut name means ‘dirty rice’ because the original ingredients included hare that hadn’t been bled properly. That ment there was a lot of blood in the dish and it had a very dark colour — thus the popular name of dirty rice.

Nowadays no one puts hare in their arròs brut (not even one that was properly bled) so you never come cross really ‘dirty’ arròs brut.
But the dish still has darkish colour that is provided by small feathered game which can include quail, wild pigeon or partridge. But even so, today’s arròs brut is never very brut. Arròs brut is a very popular dish and Mallorcans in towns and villages all over the island make it, especially on Sundays and fiesta days. It is frequently on the menu for family celebrations such as baptisms, first communions and weddings.
But an arròs brut made in Sa Pobla is rather special because it is usually made with rice grown in nearby Albufera paddies or fields: on some farmland it is just another crop that rotates with others.

The Sa Pobla rice has qualities similar to Italy’s arborio and carnaroli varieties: it is highly absorbent and doesn’t overcook easily.
But unlike arborio and other Italian plump round rice suitable for risotto, Sa Pobla’s rice is small grained.

Its size is deceptive because it has a tremendous capacity for soaking up liquids of all kinds — that’s one of the reasons why an arròs brut made with rice from Sa Pobla always tastes better than those made with ordinary round rice from the mainland.
Eels from the Albufera are now in season and during the Sant Antoni fiesta days Sa Pobla becomes the eel capital of Spain. If the restaurants hadn’t been closed because of coronavirus restrictions, at least 15 of the town’s restaurants would have been offering special eel dishes this week.

These would have included stewed eels with almond sauce, fried eels with red pepper sauce, a cazuela of eel with green sauce and a cazuela of eels with wild mushrooms…among others.
But the gastronomic star of Sa Pobla’s big fiesta weekend isn’t the arròs brut or any of these eel specialities and it will not be affected by the restrictions. It is made at home and can also be bought at bakeries and pastry shops.

I am referring to Sa Pobla’s unique savoury pastry, an eel pie known as espinagada — and the best and most authentic ones are made with eels from the Albufera. Not only is the espinagada a native pastry to Sa Pobla, it is eaten only at this time of year.
Unlike some Easter and Christmas treats that were so popular they became available all year round, the genuine ones are made with eels from the Albufera.
These eels have an extremely short season — and there are very few of them. There aren’t even enough Albufera eels to meet local demand during the Sant Antoni fiesta and large amounts have to be flown in from Valencia — which has a much more extensive Albufera than Sa Pobla’s. 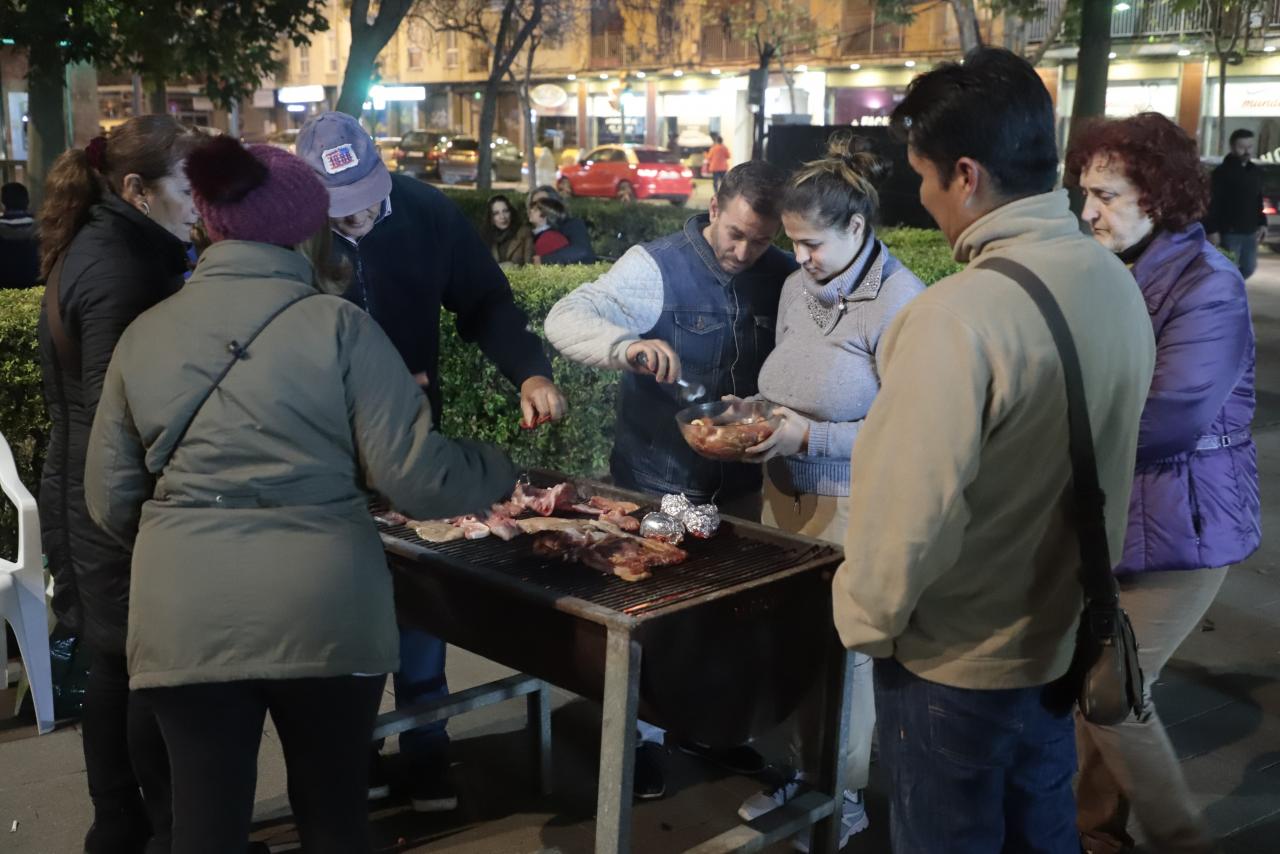 There are seven variations on the espinagada theme, including some made with pork, but those with an eels filling are the only authentic ones for the Sant Antoni fiesta days.
The filling is made with lots of finely chopped Swiss chard, spring onions, garlic, paprika and a good pinch of cayenne pepper. Everything is mixed with generous amounts of olive oil.

The dough is made with plain white flour, water, olive oil, and a small amount of fresh yeast. This is an unusual yeast dough in that it isn’t left to rise — it is rolled out into large squares as soon as the ingredients are mixed.
The square of dough is covered with a thick layer of vegetables, leaving a good 5-7 cms margin all round so the sides can later be folded over.

The uncooked pieces of eel are placed on top of the vegetables and the dough is folded over the filling to form a neat closed parcel, which is immediately baked in a hot oven for 30-45 minutes.

Not all that long ago, espinagadas were available only in Sa Pobla but a few Palma pastry shop started to do them and others soon jumped on the bandwagon.
In four pastry shops between my home and the Grup Serra offices, I saw espinagadas on display last Thursday — as soon as the Three Kings festival came to an end.

Most of the Palma espinagadas have white fish or pork fillings instead of eels. I find them rather expensive for what they are — an ersatz version of Sa Pobla’s unique Sant Antoni espinagada.