The honey way to a healthy lifestyle

Spring is here and that means, among other things, the bees are out and about pollinating here, there and everywhere.

But it’s not just a case of depositing pollen on stigmas, ovules, flowers or plants to allow fertilisation, research has shown that where bees operate, trees and other plants are more bountiful than before.

Mallorca’s almond trees produce up to 20 per cent more fruit if bees have taken part in their pollination and farmers all over the island want beehives on their land.

Spain’s beekeeping history goes back a long way: cave paintings from 7000BC are the earliest record of apiculture.

Remains of honey jars were discovered in Minoan ruins on Crete, a civilisation that flourished 6,000 years ago.

Honey has long been used as a remedy for an extensive range of disease and illness. The ancient Greek physician Hippocrates successfully used honey to treat complaints such as ulcers, sores and dry skin.

German doctors mixed honey and cod liver oil to use as surgical dressing for battle wounds in the First World War.

A University of Illinois study found that honey may be as good as fruit and vegetables at keeping heart disease at bay.

The American researchers found that honey, weight for weight, contains about the same level of antioxidant chemicals as spinach.

Tests also showed that honey has as many types of antioxidants as apples, oranges, bananas and strawberries.

Antioxidants prevent the build-up of fatty substances that clog arteries, eventually leading to poor circulation and the risk of heart attacks and strokes.

The study also found that mead, an alcoholic drink made from honey, contained the same amount of antioxidants as white wine — but didn’t match the levels in red wine.

But there is a downside to honey’s healthy image — it contains more calories than sugar: 64 calories per tablespoon while granulated sugar has 46 for the same amount.

And, also like sugar, honey can cause tooth decay if we eat too much of it. Bears that raid beehives and eat honeycombs are the only wild animals with tooth decay.

Honey is one of those products whose quality is directly linked to the price: the more you pay, the better the honey. Some people consider honey to be rather expensive, but the price is really most reasonable when you consider what is involved.

A hive of bees go on combined flights of up to 50,000 miles to visit more than two million flowers to make just one pound of honey. A bee colony produces 60-100 pounds of honey a year.

Whenever possible, you should always buy honey made by independent producers working on an artisanal scale. 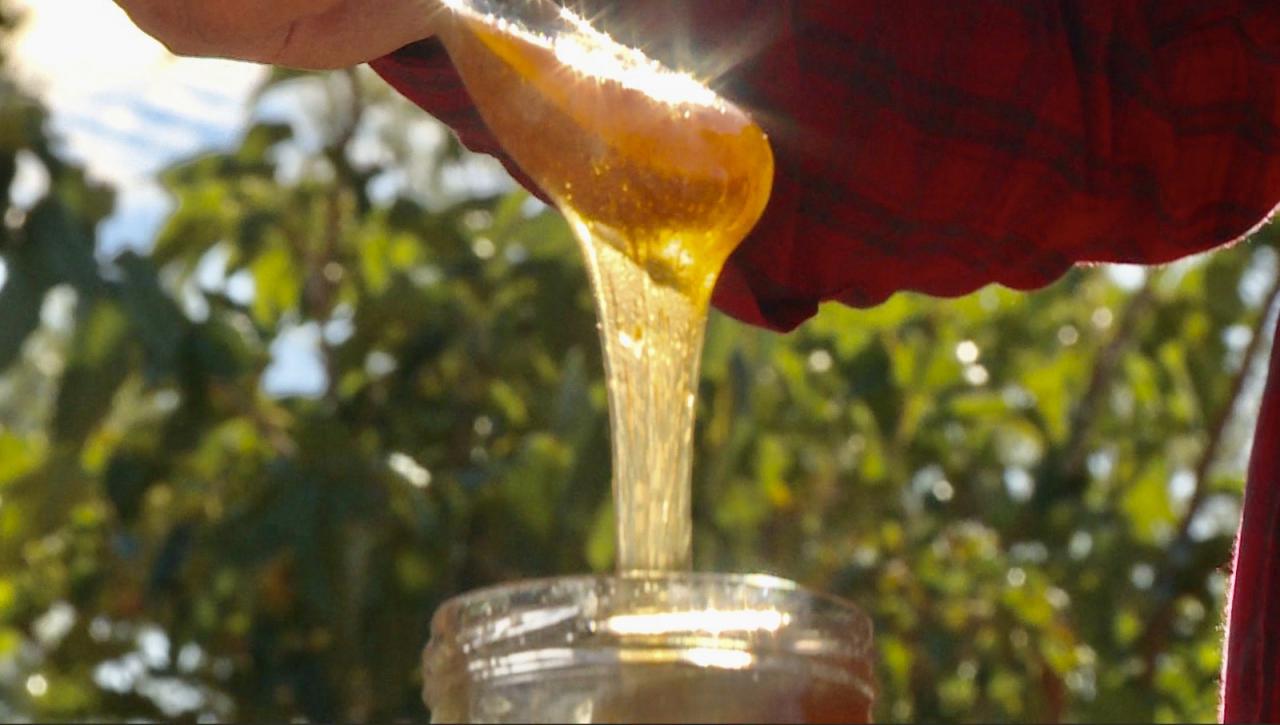 Industrial brands in the supermarkets will always be cheaper but they will have the blandness of mass-produced goods and will lack the characteristic flavour of fine honey.

These essential features depend on the nectar from which the honey is made and the nectar in plants varies greatly in its composition. The quantity of nectar, type of sugar and its trace elements determine the colour of the honey, its aroma and its taste.

The best kind of honey, and the most expensive, is the single flower variety (also called monofloral) that is made mainly from the nectar of flowers of one species. The best single-flower honey has unique flavours and aromas.

The result is a bland product lacking in distinction.

Single flower honey from small producers should have plenty of character and quality. But it will cost more and will vary from year to year because climate and other factors play a role in the final result.

The best kind of honey is sold in specialist outlets and health food shops that deal in top quality produce. The label on the jar will tell you whether it has any special qualities…or hasn’t.

Spain’s monofloral and polyfloral honey is especially good and many connoisseurs will tell you that Mallorca’s honey is the best in the Mediterranean. You can buy the finest Majorcan honey at shops specialising in local produce.

Look out for the name Martí Mascaró, a local producer who recently won five gold medals at the Biomiel competition in Bologna, Italy.

He has hives on eight well-known organic estates and mainly produces ‘mielato’, a honey from bees that sup up the ‘sweat’ on oak trees and carob bean trees, as well as ‘milflores’, polyfloral honey that comes from different flowers in the same area.

The ‘mielato’ honey has a darker colour and is richer in minerals. Mascaró’s honey is sold under the name of Caramel.

Another highly rated Mallorcan honey you will come across is Begot which is made by a young beekeeper called David Llompart.

If you’re making a lemon and honey drink to soothe a sore throat, then an economical supermarket blend will be good enough.

But for anything else you should get the most expensive monofloral and polyfloral honey you can afford — and if it’s Mallorcan, so much the better.

British honey is also worth looking out for. You’ll find an interesting range of monofloral honeys, either clear or set. Some British beekeepers move their hives around the countryside, depending on the time of year, to encourage the bees to concentrate on a particular flower.

The best-known British monoflorals include deep reddish-brown heather honey, which is especially rich in protein and has a bitter-sweet flavour. Clover honey is the colour of pale straw and has a less intense flavour.

There is no need to refrigerate honey, so store it at room temperature in a dry place and away from direct sunlight. Cover the containers tightly to protect the colour, texture and flavour.

Refrigeration would speed up crystallisation, a natural process that makes liquid honey turn solid. If your honey becomes solid, or goes cloudy, grainy and difficult to pour, warming it can reverse the crystallisation.

Bring a saucepan of water to the boil and remove it from the heat. Place the honey container in the hot water until the crystals dissolve. Plastic squeeze containers can also be given this warm bath.

Honey can also be warmed in the microwave if the container is microwave-safe. Do 250 mls of honey on high (100 per cent) for a total of two or three minutes, or until the crystals dissolve. Stir every 30 seconds. Honey should never be scorched.

There are many ways in which honey can make our daily meals tastier, such as substituting it for granulated sugar in recipes for bread, cakes, biscuits and other pastries.

Honey helps in the baking process because it absorbs and retains moisture. Breads and cakes stay fresh and moist for longer when honey is used instead of sugar. Honey also reduces crumbliness in biscuits and cookies.

You can substitute honey for granulated sugar in recipes for baked goods by following these tips:

Mild flavoured honey is best for baking and cooking.

Use the same amount of honey as sugar and decrease the liquid by 50 mls for each 250 mls of honey used.

Add half teaspoon (2 mls) baking soda or increase soda by half teaspoon for each 250 mls of honey used. Reduce oven temperature by 10C to prevent over-browning.

When substituting honey in non-baked goods, remember it has more of a sweetening effect than sugar. 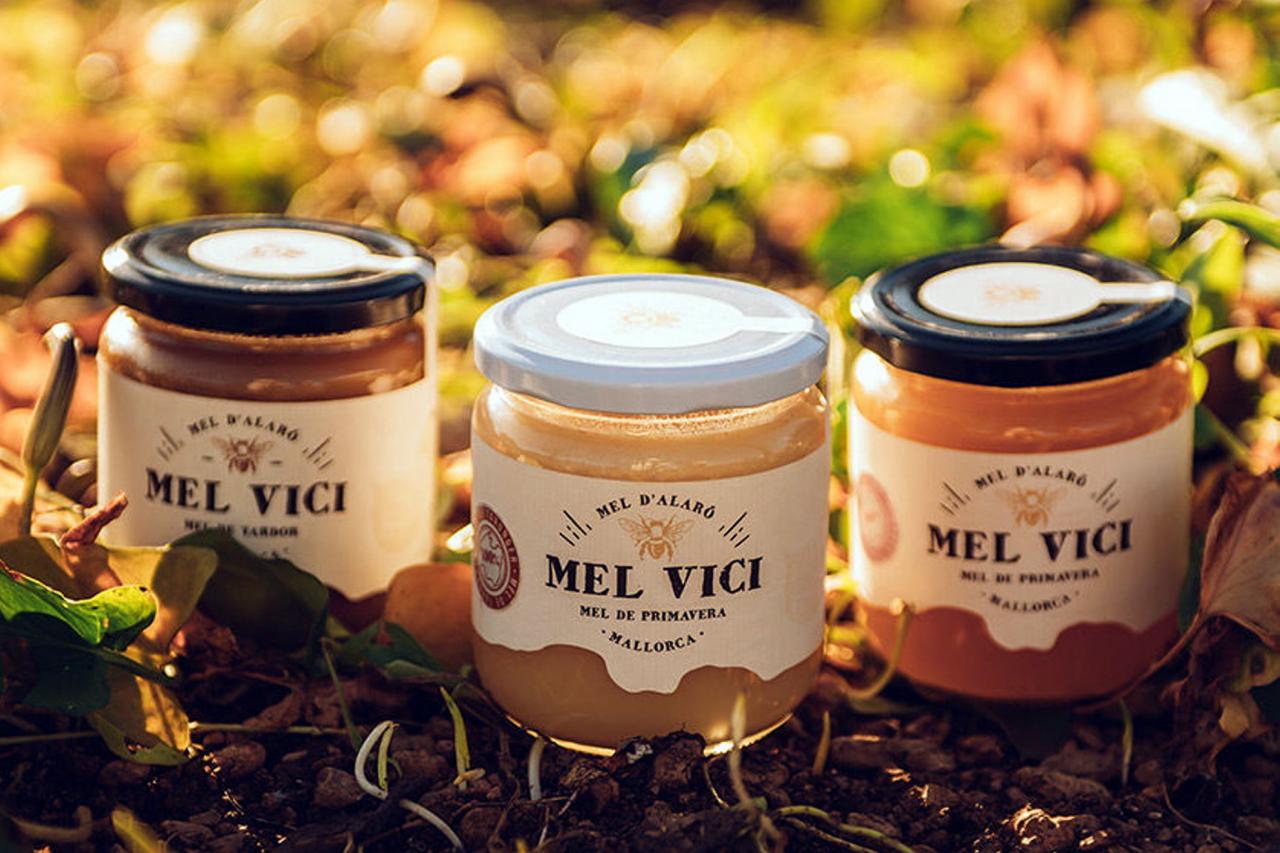 Honey can be poured over cereals or drizzled on fruit salads and ice creams. If you add sugar to a tub of yoghurt, try it with honey. The difference in taste is enormous and it it so much healthier.

Liquid honey is extracted from the honeycomb and strained for clarity. It mixes easily into a variety of foods, making it ideal for cooking and baking.

Creamed honey or ‘spun’ honey is produced by crystallising liquid honey under controlled conditions so that at room temperature it can be easily spread.

Comb honey comes packaged as it was produced — direct from the hive to the honeybees’ wax comb. The comb, as well as the honey, can be eaten.

Pasteurised honey has been heat-treated to destroy yeasts that can cause honey to ferment, and to melt dextrose crystals that promote crystallisation.

In general, lighter coloured honeys such as clover are mild in flavour, and the darker ones have a stronger more robust taste.

They are useful to have on hand in the kitchen and if you pour them into small attractive jars they make ideal impromptu gifts (or planned ones) for those special friends who would know how to appreciate them.

Put 400 mls of top quality liquid honey into a medium sized saucepan and do one of the following steps. Be careful not to boil or scorch the honey when heating it. Store the flavoured honeys at room temperature. 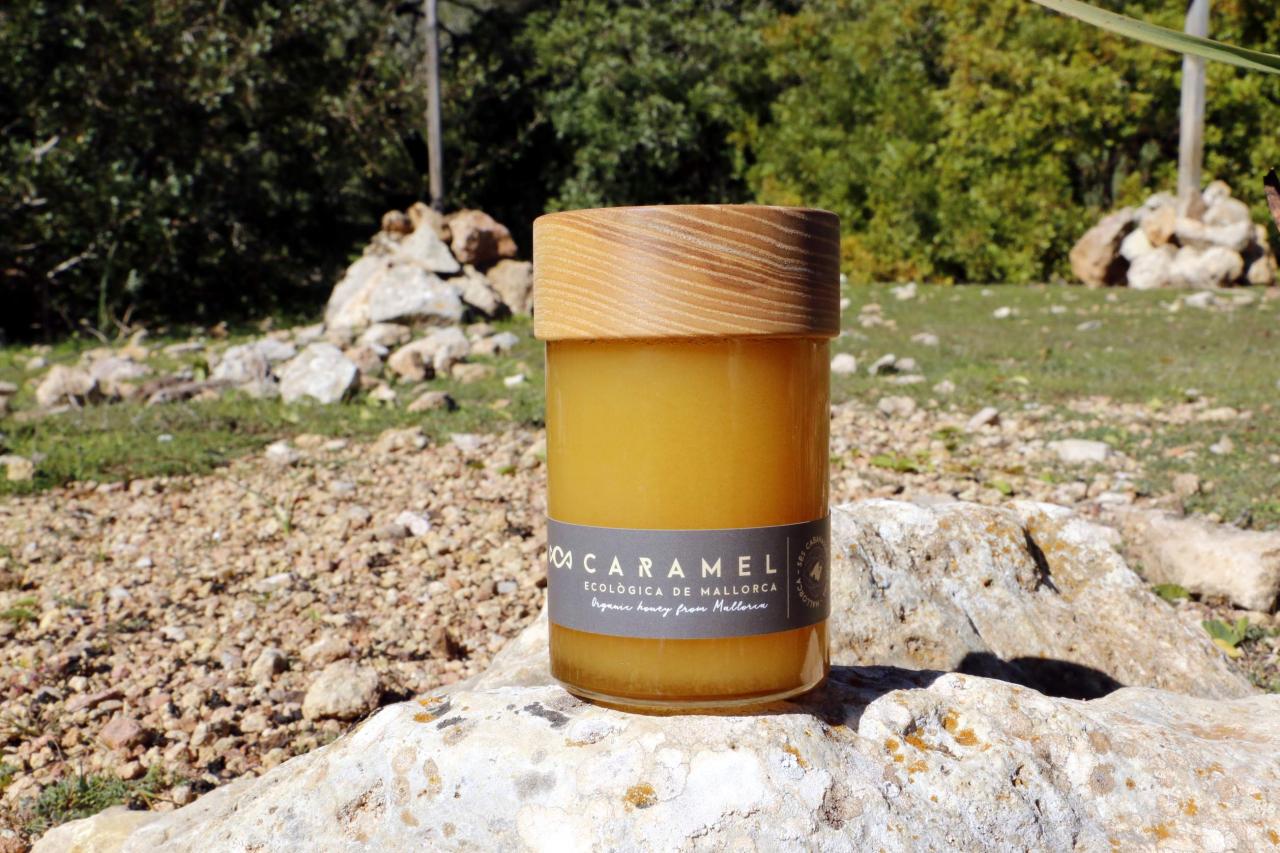 Strain and pour honey into sterilised jars with lids.

Strain and pour honey into sterilised jars with lids.
When measuring honey, flavoured or not, for easy removal coat the measuring cup with vegetable oil before pouring in the honey to measure. By first rinsing the cup or spoon with hot water you will also get good results.

And you can get your day off to an easy and healthy start with one of these breakfasts.
Toast bread, English muffin or bagel. Spread with peanut butter and honey. Add a few slices of banana and sprinkle with chopped peanuts or sunflower seeds.

You can also use honey in a wide variety of homemade beauty recipes. A former girlfriend once a week used to smear honey over her body from feet to head (including her hair) and then lie down on an oilcloth cover for an hour’s siesta before having a longish hot shower.

That is a case when you wouldn’t use the dearest Mallorcan honey you can afford.

Anton | about 1 year ago

Honey is sugar. Sugar is bad for you.