Here’s the switchback bend up in the clouds. | Gaston Westphal

It does seem to have taken place a long time ago. The second week of March in fact, from the 11th to 13th. That’s when this year’s edition of Mallorca’s most famous motoring event took place. No, not the Thursday petrol head meetup but the 17th running of Rally Clasico Isla Mallorca. 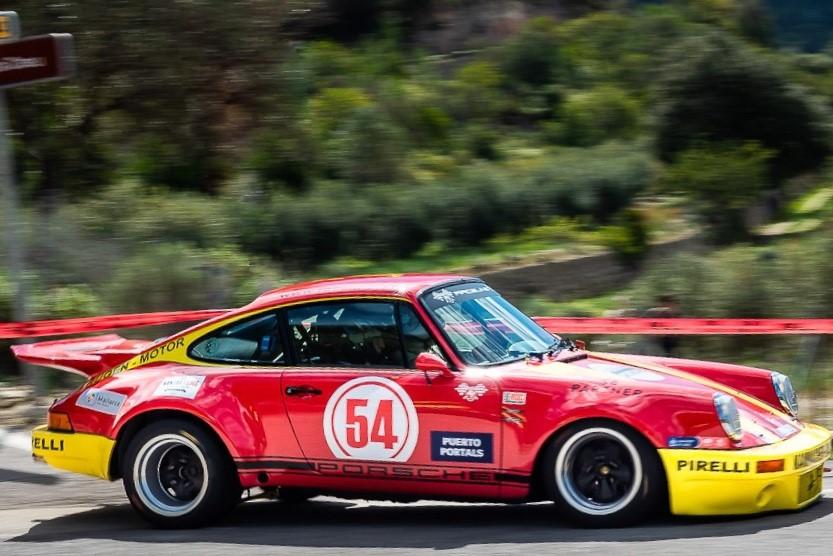 So this week’s article is not exactly news, more like old news, better late than.... I won’t go through the results because I’m sure you all know what happened by now, it was after all, a month ago. However that doesn’t make it any less interesting and the photos are quite simply spectacular. Toni Dezcallar, the organiser and instigator of this event, did a great job making the rally happen in the midst of a pandemic. Something to make us all smile. 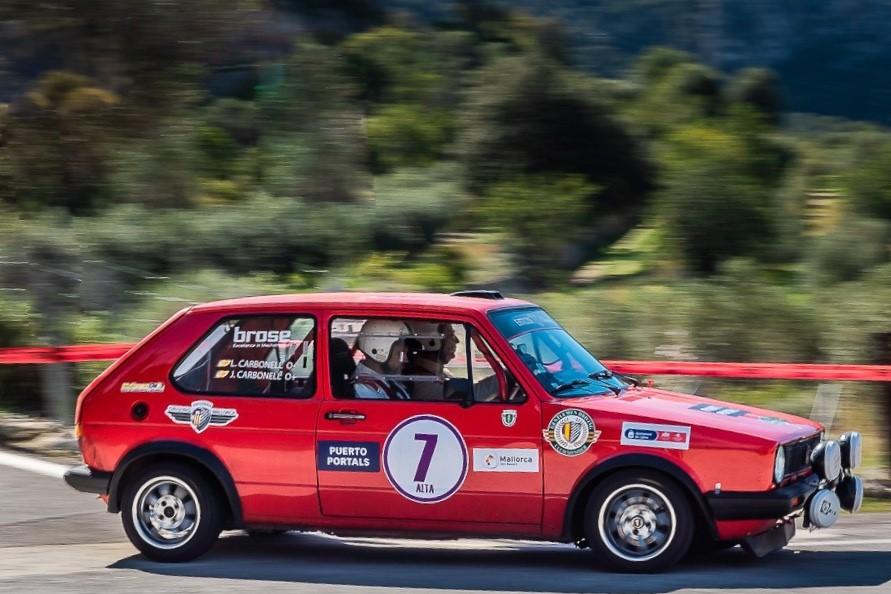 As for the winners, let’s just say that the Porsche 911 is still the car to beat for outright speed and a Golf GTI was the best classic tool for a fast Regularity win. Should you wish to take it easy and finish in style, then you could do a lot worse than picking a Jaguar E-Type for the ‘slow’ Regularity class. As they say, the true classics never die they just go faster. 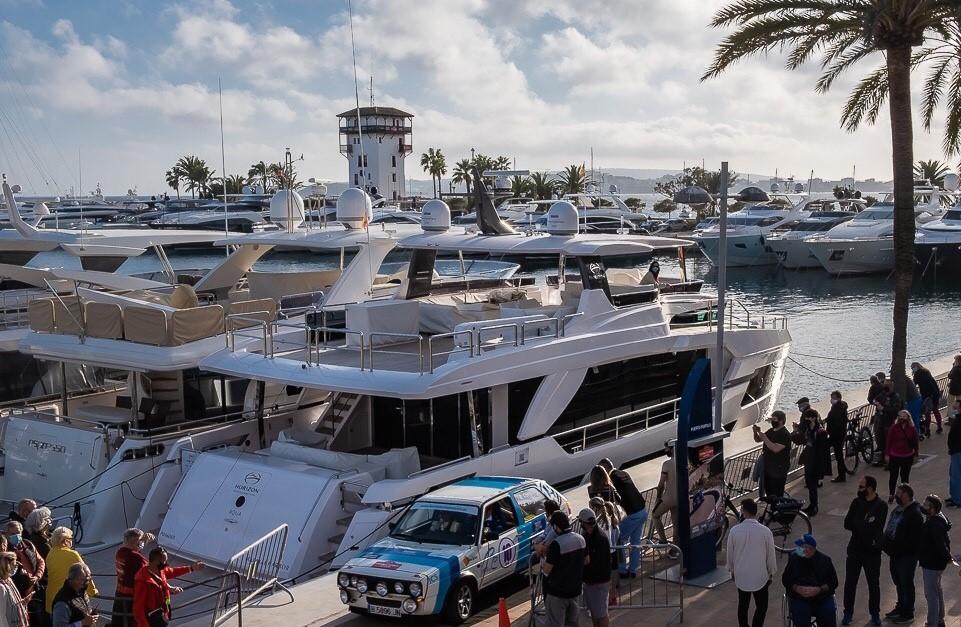 Visually some of the rally stages include more than a little spectacular Tramuntana scenery. And it’s not just what it looks like, the driving can be just as much fun. Spectacular and challenging, I’m sure you’ve all done those twisty mountain roads, even at moderate speed they can be exciting. 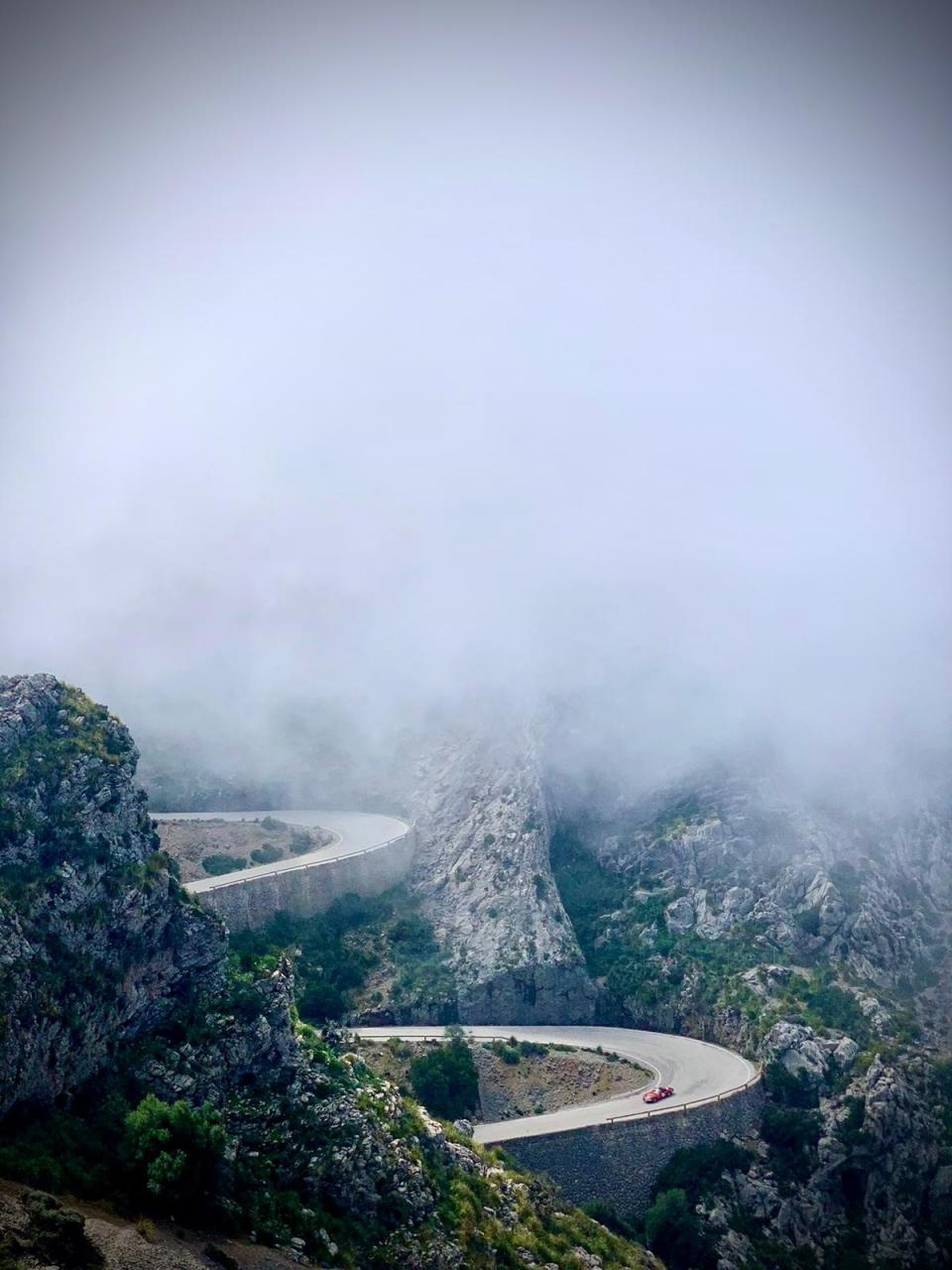 In the right mood I have a tendency to give it some on those bends. Normally the main outcome is my other half Jane gripping anything in sight and practising her pronunciation of as many expletives as is possible to fit into a hairpin bend. Part of the drama is that if she’s in the passenger seat any oncoming sheep, cyclists or traffic appear to be coming directly towards her. Not my fault that her car is right hand drive! 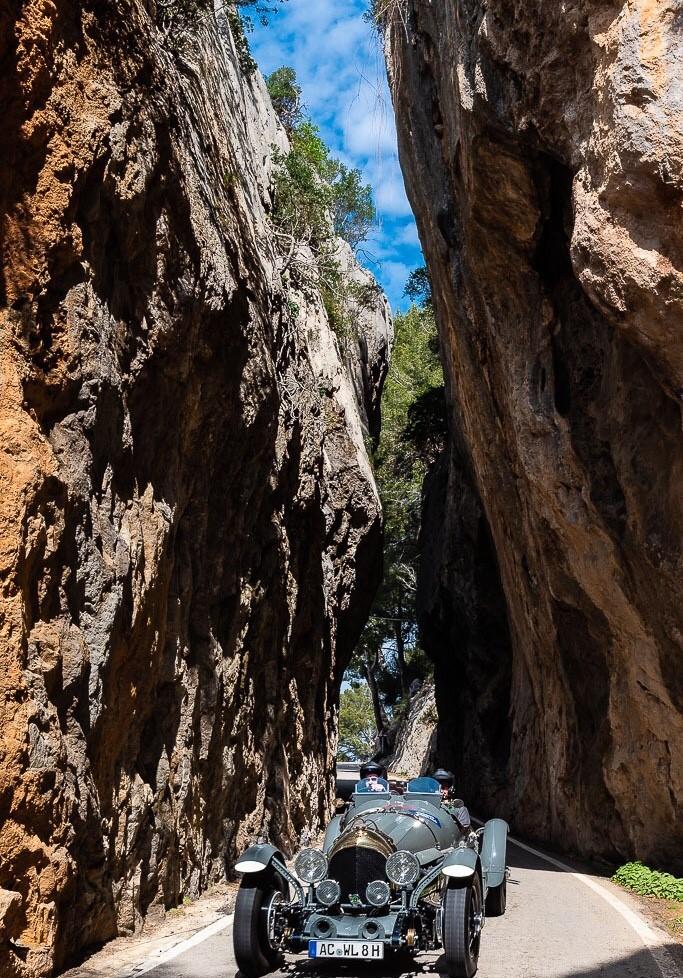 Anyhow, possibly the most iconic road for driving in the Tramuntana is the switchback loop on the way down (or up because it’s the only road) to Sa Calobra, which always provides a fab visual treat. You’ve probably all done that one, but if not, please drive it just for the fun. This year some very cooperative low cloud provided the backdrop. 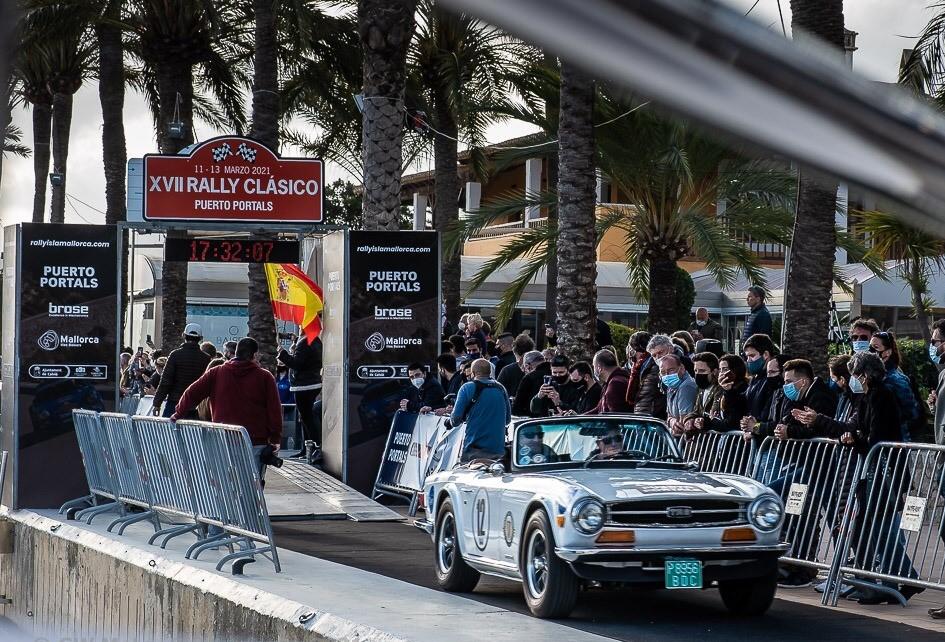 It was over and under both on the road and in the sky. Quite unique and very Mallorcan. Next up photogenically is that narrow gap between rock faces, again on the same stretch. It almost looks too narrow but coaches squeeze through somehow.

So the mountains provided spectacular driving terrain and Puerto Portals where the rally begins and ends gave us some classic seaside glamour. I know it’s not Monaco but personally I like it much more, not least because it’s Mallorca. 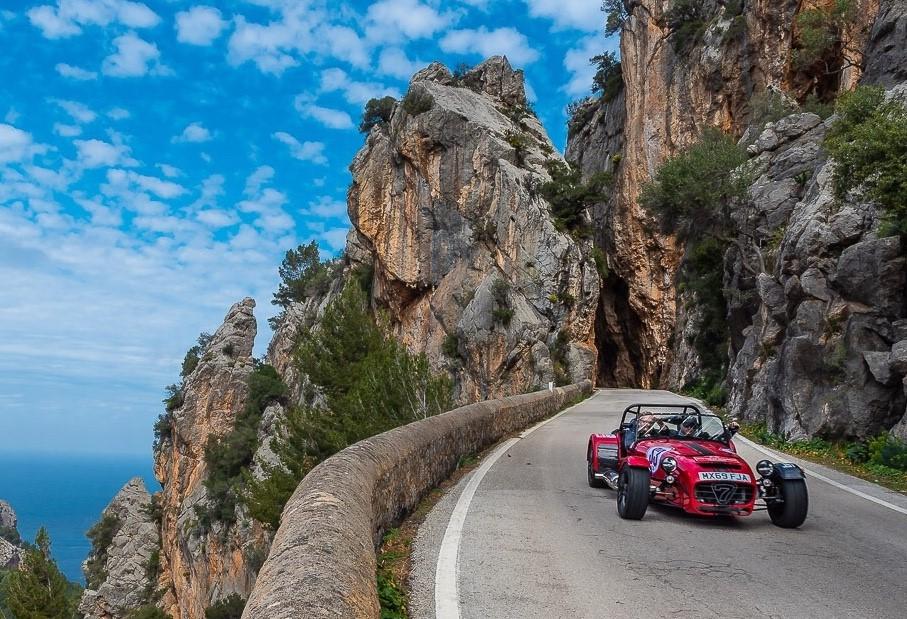 Apparently next year the plan is to add a class for electric cars, I guess this is the way forward, greener, cleaner but maybe not meaner, who knows, it’s early days for electric cars. A subject I’ll certainly be mentioning next time. Over and out for now and stay safe. 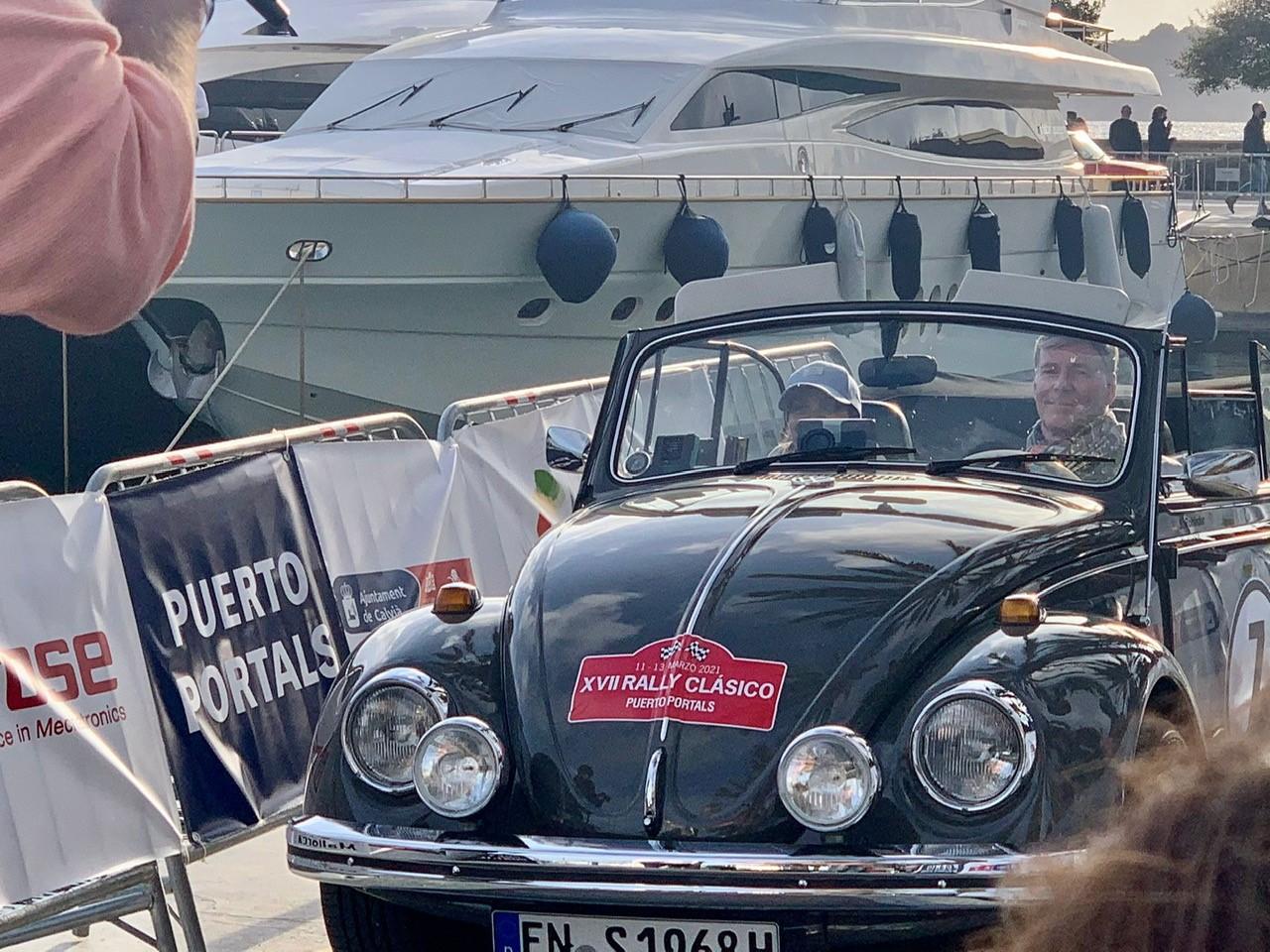