Gearing up for the classic scooter revival in Mallorca

Loco Wheels is steering the Vespa & Lambretta comeback in Mallorca

Classic scooters like Vespas and Lambrettas were super popular from the 1940’s-1970’s but since then hundreds of them have been gathering dust in the back of garages all over Europe and the rest of the world.

The Lambretta was launched in the mid-1940's and named after the Milan neighbourhood of Lambrate, which is where the scooters were manufactured.

The design was based on the American Cushman scooter that US Military shipped to Italy in large numbers during World War II, with changes such as the front protection shield and the space in front of the seat that made the Lambretta more appealing to men and women.

The Vespa, which means wasp in Italian, was manufactured in 1946 by Piaggio & Co, S.p.A in Pontedera.

By the mid-1950’s Vespas were being manufactured all over the world and vespa clubs started popping up in Europe.

Now, Daniel Gloaguen and Tomàs Galmés are giving these scooters a new lease of life through their Loco Wheels initiative.

Daniel worked in public relations and Thomas was a mechanic, they’re both nuts about vintage scooters and offer tours of Mallorca.

“In summer we like to ride to Banyalbufar, swim in a cove in Estellencs, then eat in Andratx before returning to Palma, whereas in winter we prefer to ride through the centre of the island, because there are beautiful fields and tourists love it. The important thing is to show the Island from a different angle,” explains Daniel. “Tomas starts the group tours because he has an exceptional sense of direction and I finish them."

“The idea for Loco Wheels came from cultural influences and we both needed to change jobs,” says Tomàs. For Daniel it was a no-brainer, he has a lot of experience in the Tourism Sector and didn’t hesitate for a second.

“Our clientele are mostly English and German men aged around 50 who are huge fans of Lambrettas and some of come back 4 or 5 times,” says Daniel. “But there are also the classic tourists who just want to rent a vintage scooter," adds Tomàs. “Some of them loved the experience so much they bought a Lambretta after they did the Loco Wheels route."

Daniel Gloaguen says his passion for scooters was heavily influenced by the movies.

“When I was nine I saw ‘Quadrophenia’ and I was so fascinated that I became part of the mod scene,” he says. “When it came to buying a scooter it just had to be a Lambretta.” 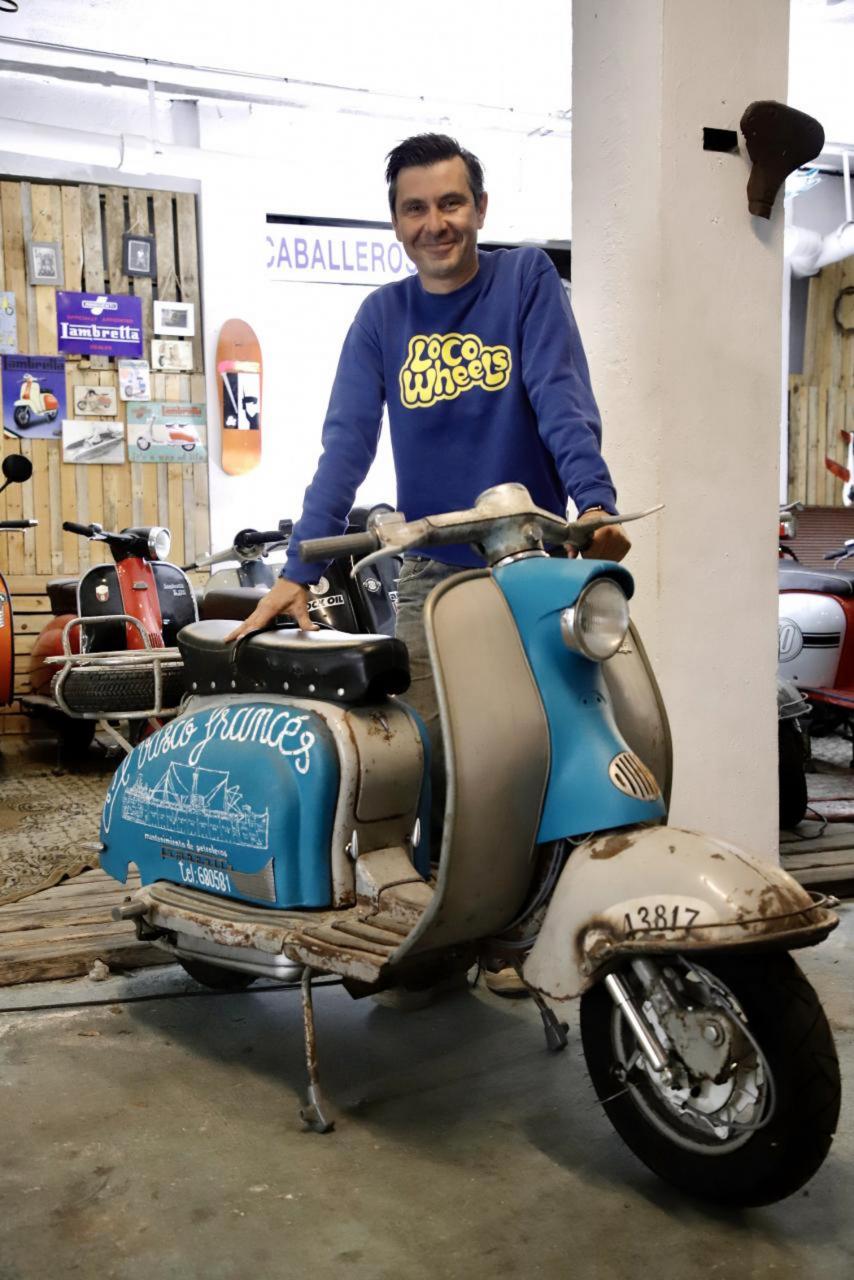