The 110 year old ship, ‘Toftevaag’ is in Soller

The 'Toftevaag' is named after a Norwegian village

Built in 1910, after 106 years of adventures, Toftevaag has done it again - sailed over 2.500 nautical miles collecting scientific data on whales, dolphins, birds, turtles, tuna, rays, jelly fish,… Our ship has been a meeting place for people who want to combine, fun, friendship and making a difference. Information from our surveys will contribute to the creation a new marine protected area, over 100.000 hectares! | Youtube: ALNITAK

The Norwegian fishing boat, ‘Toftevaag’ is named after a village in Hardanger Fjord which used to be a meeting place for Vikings, she’s 110 years old and she’s an absolute beauty. 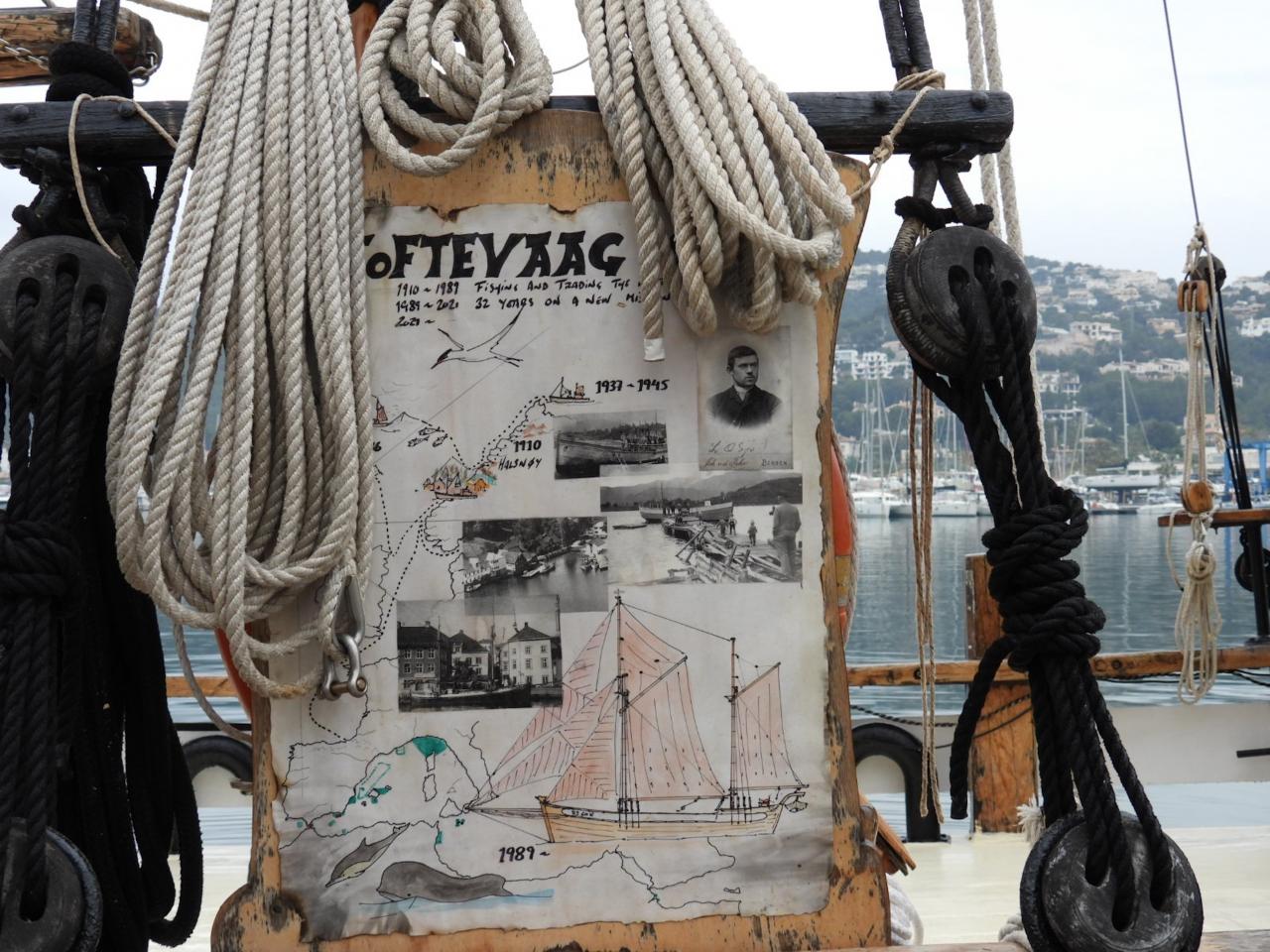 During World War II, the ‘Toftevaag’ was used to ferry pilots, cargo and merchant sailors and after being lovingly restored she was bought by Alnitak in 1989. 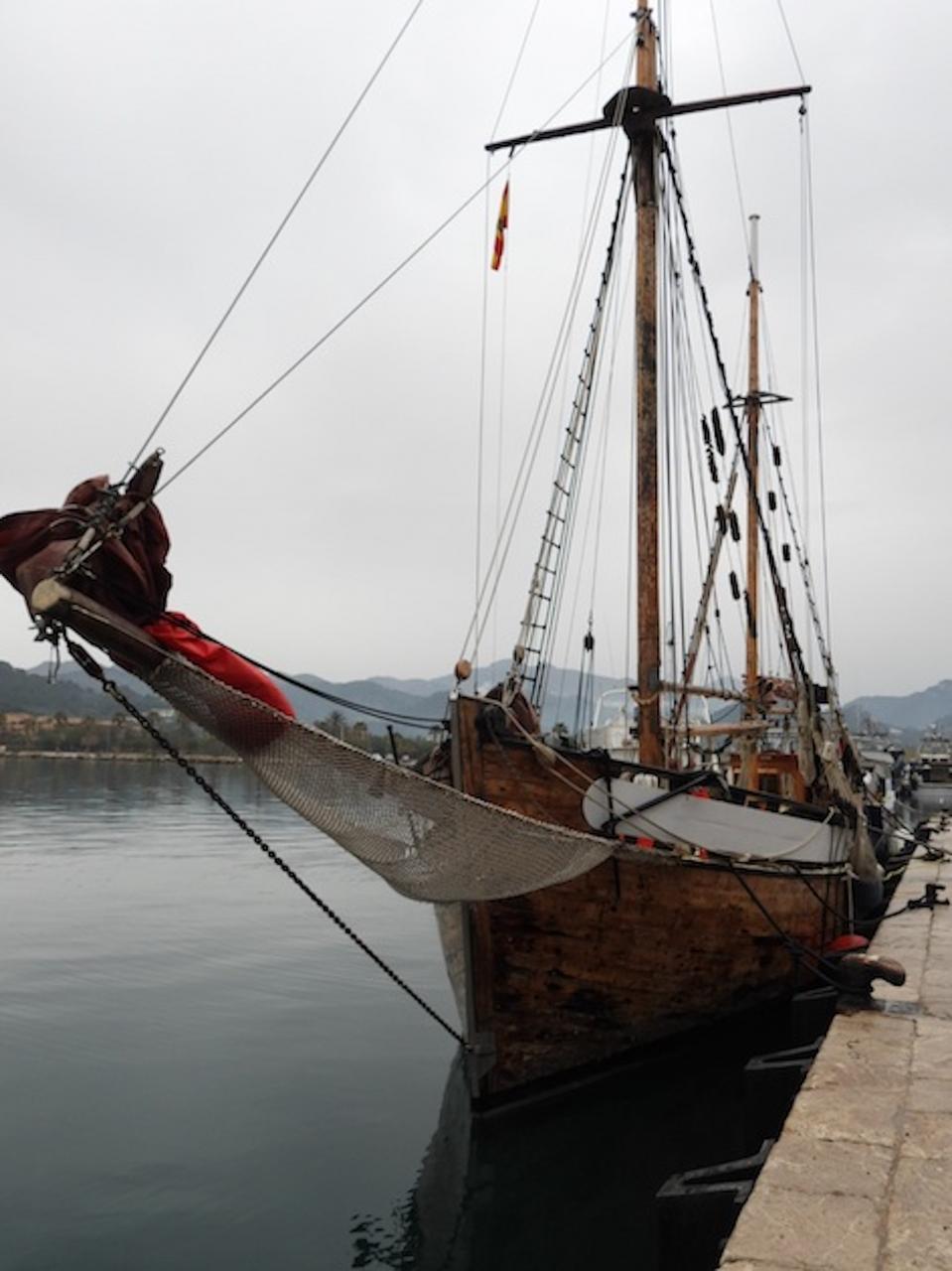 A year later the ‘Toftevaag’ was converted into a research vessel and since then she’s been super busy with projects for scientists, teachers, volunteers, students and many others and even Spain's Queen Sofia has been at the helm. 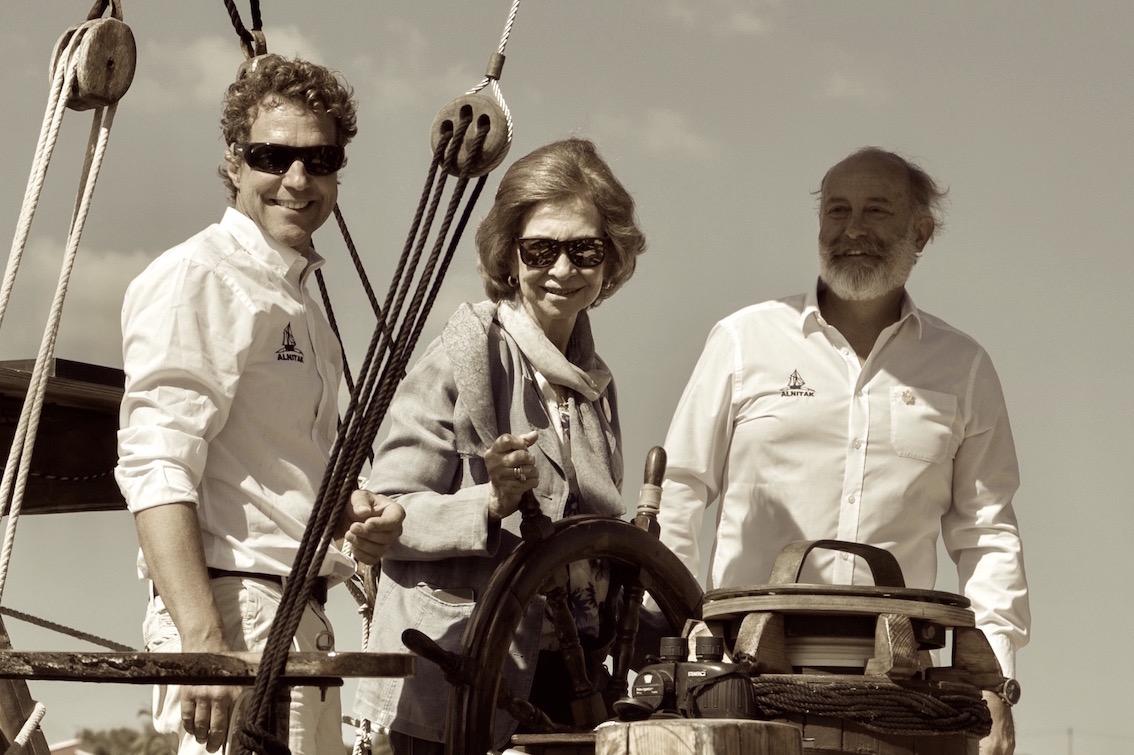 “We have been sailing the Mediterranean for about 30 years doing research projects and participating in campaigns against ghost fishing and garbage collection at sea,” explains Ricardo Sagarminaga who owns the ‘Toftevaag’. 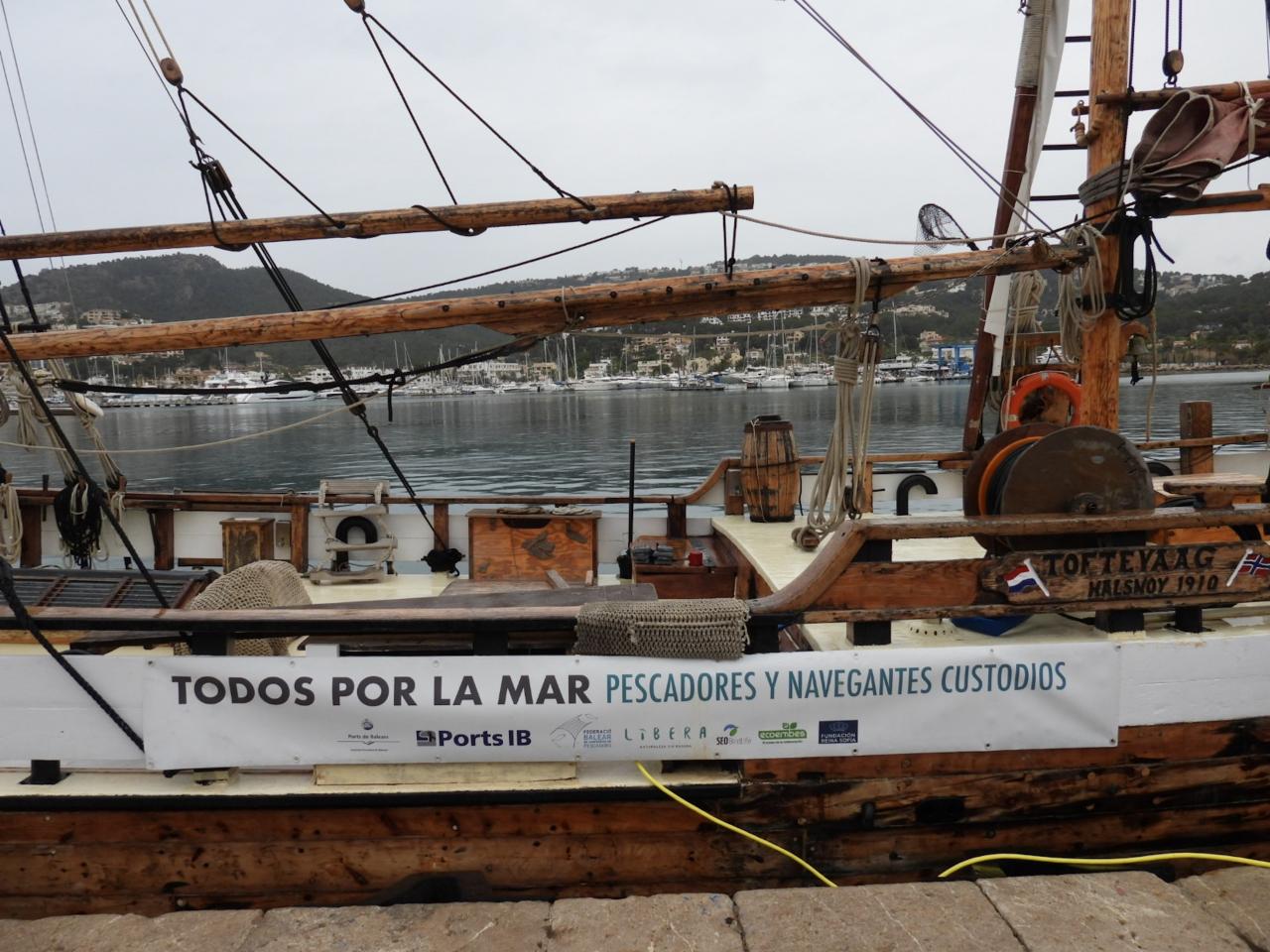 Ricardo and 5 other Researchers are in the middle of the ‘Todos por la Mar’ tour, which aims to make people more aware of what they can do to help stop illegal fishing and save turtles and other species.

“We are sailing from port to port, holding meetings and workshops and talking to mariners and fishermen and discussing how they can help us." he says. 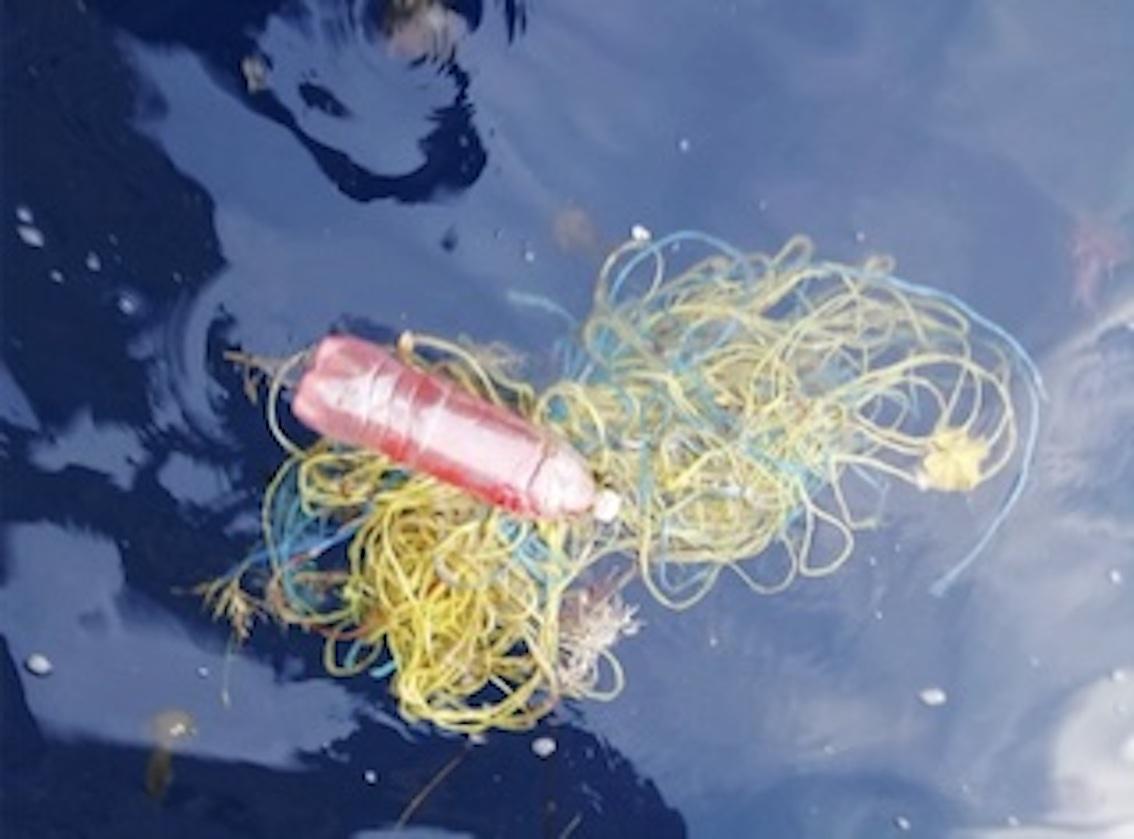 One of the biggest problems is ghost fishing, which is basically stuff that’s lost or discarded at sea and the most dangerous article is a bunch of bottles tied together.

“As researchers we can only do so much but there are so many yachts and fishing boats out there that we want to engage with who could really help us,” he says. “We want to reinforce the real mariner culture of responsibility and helping other navigators, because if you’re sailing and you run over one of these bottle contraptions it could really damage your boat.”

Ricardo estimates that there are around 40,000 of these articles drifting around the Balearic Islands, Sardinia and Africa.

“They are actually probably survival fishing by people in illegal refugee camps along the north of Africa,” he says. “We really want to go down there and show these people how to fish in a proper way, so that they don't have to do this.”

Ricardo and the other 5 Researchers on the boat are reporting and mapping the problem and doing back track modelling of all the articles they find to identify where they’ve come from.” 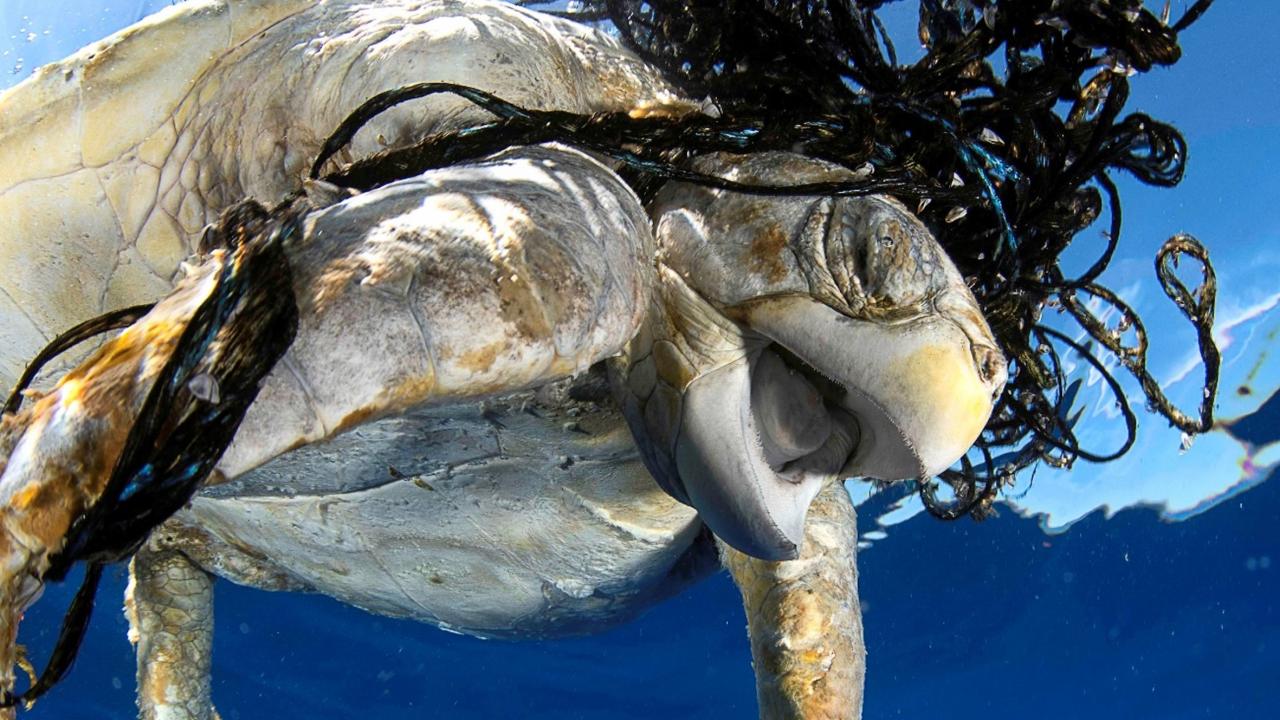 The debris can also be fatal for sea-turtles, we’ve all seen the heart-wrenching videos on social networks of turtles and other animals being cut free from nets, but Ricardo says that by untangling and removing these lines, people could unintentionally kill the turtles.

“Turtles just drift with the current and when they are in the open ocean they get curious about what’s around them and then they get entangled,” says Ricardo. “When people see the turtles stuck in nets their natural instinct is to try to cut the line, but if that line has been under the turtle’s flipper for a while it can cause gangrene and if they cut the line the turtle could die of blood poisoning,” he explains. “What they should do is call 112 or use channel 16 to contact the authorities who will know what to do and have the correct medication for the turtle. 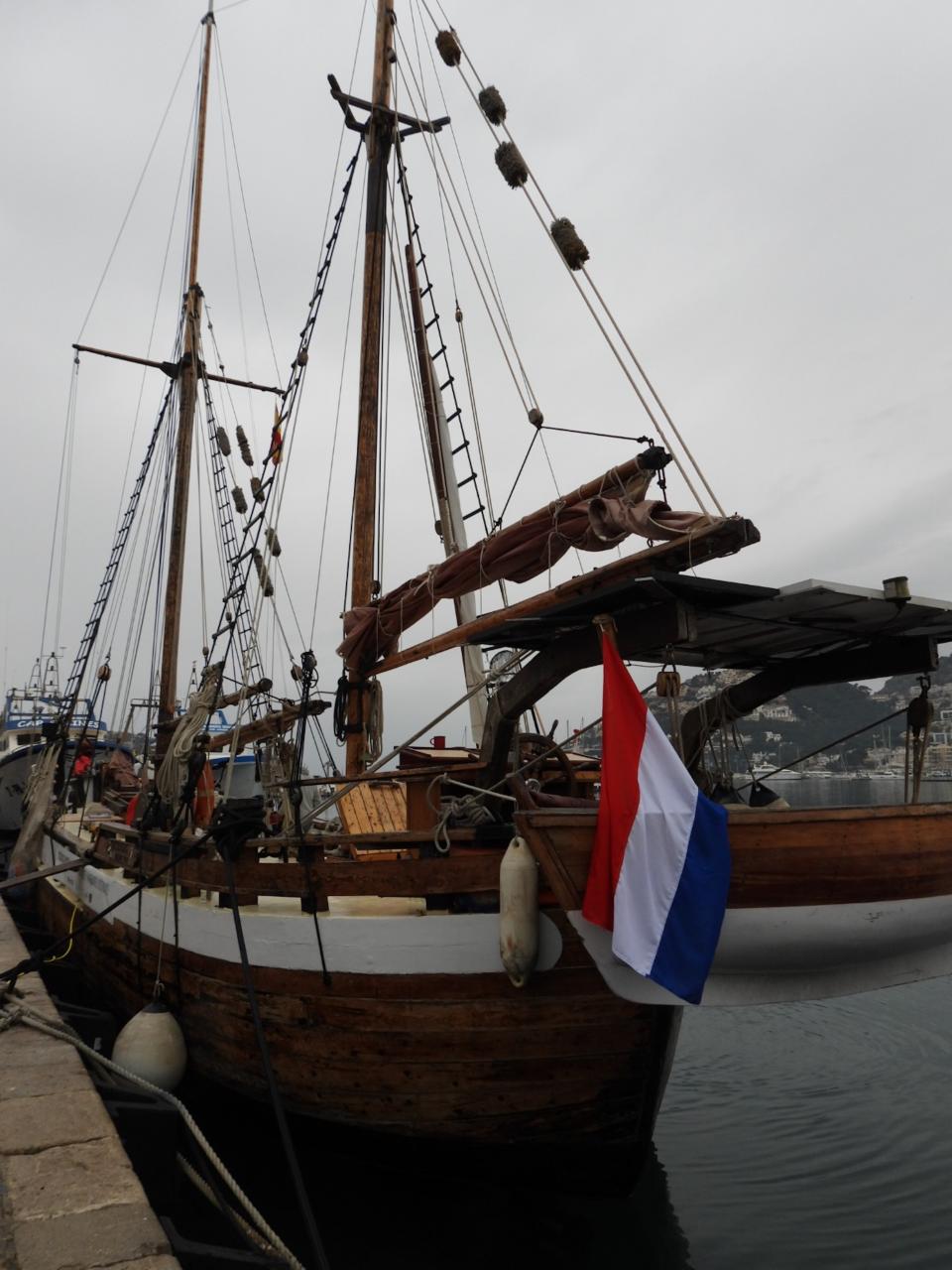 The ‘Toftevaag’ will be moored in Soller until April 30 and it’s open to the public, but because of the coronavirus pandemic restrictions all bookings must be made by sending an email to alnitak1414@gmail.com.

It will sail to Ibiza next and stay there until May 15. By then Ricardo hopes to have enough data to persuade the authorities to do something to stop people dumping stuff in the ocean. 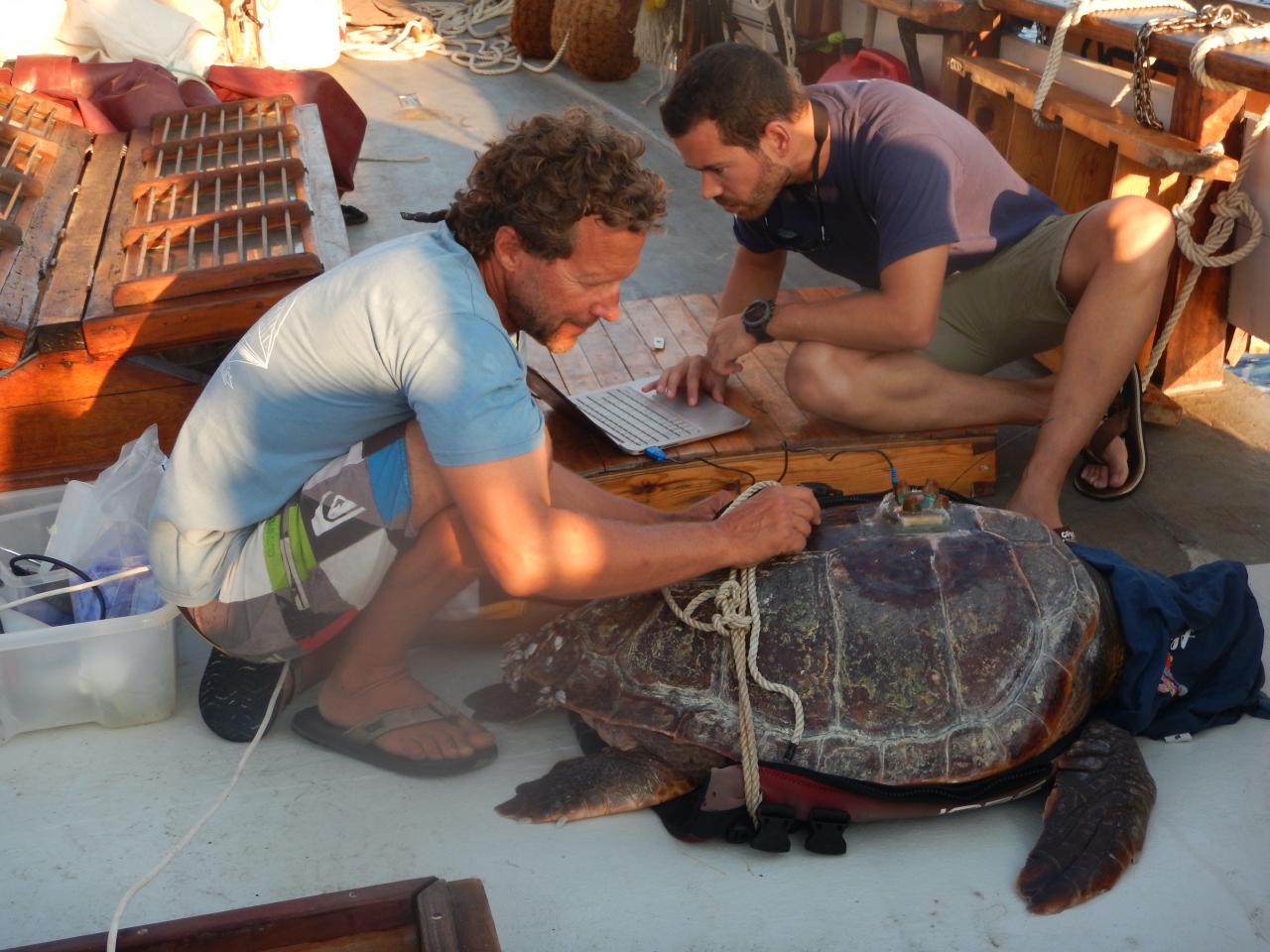