Food and Wine: Mallorcan Olives put a few in your cooking pot

One of the best Provençal dishes is tapenade featuring black olives, anchovies and capers

Olives are one of the great salad ingredients, not only in Spain but all over the world. They perk up the most mundane of salads with their colours as well as their flavours: salty, bitter, garlicky and sometimes with the essence of Mediterranean wild herbs.
Recipes in Spanish regional cooking make good use of olives although most housewives seem reluctant to add them to the cooking pot.

But in the past few years I’ve come across restaurant dishes in which the cook has included a handful of olives, including the bitter ones, green and split open, called ‘trencades’ in Mallorquín.

The olives — be they green, black or bitter — always add more taste and make a dish more interesting. You should experiment by including green or black olives in your repertoire of everyday dishes. A few in the sauce for chicken will give the dish bags of extra zing — and at very little extra cost.

If you’ve never cooked with olives, a good recipe to start with is a stew that contains green olives and what seems like an awful lot of garlic. It’s the kind of dish that’s best prepared the day before you need it.

In all dishes that call for olives, taste one before using them. If it’s very salty, soak them for a couple of hours in two changes of water. Rinse well before chopping them.
You will need: 800 grs of stewing steak in pieces of about 1 cm thick and the size of a slice of baguette, 30 plump cloves of garlic, 250 grs pitted green olives, 3-4 tbsps virgen extra olive oil, a little flour, 150 mls brandy, 350 mls dry sherry or white wine, black pepper to taste.

Sprinkle the meat with freshly ground black pepper and coat with flour. Heat the oil in a suitable frying pan at a highish temperature and sauté the floured meat for two minutes on each side.

Heat the brandy in a ladle, pour over the meat and set alight. Shake the pan until the flames die down, and take off the heat.

Peel the 30 plump cloves of garlic and arrange them on the bottom of a saucepan with a tight lid. Place the meat on top of the garlic. Chop the olives finely and sprinkle them over the meat. 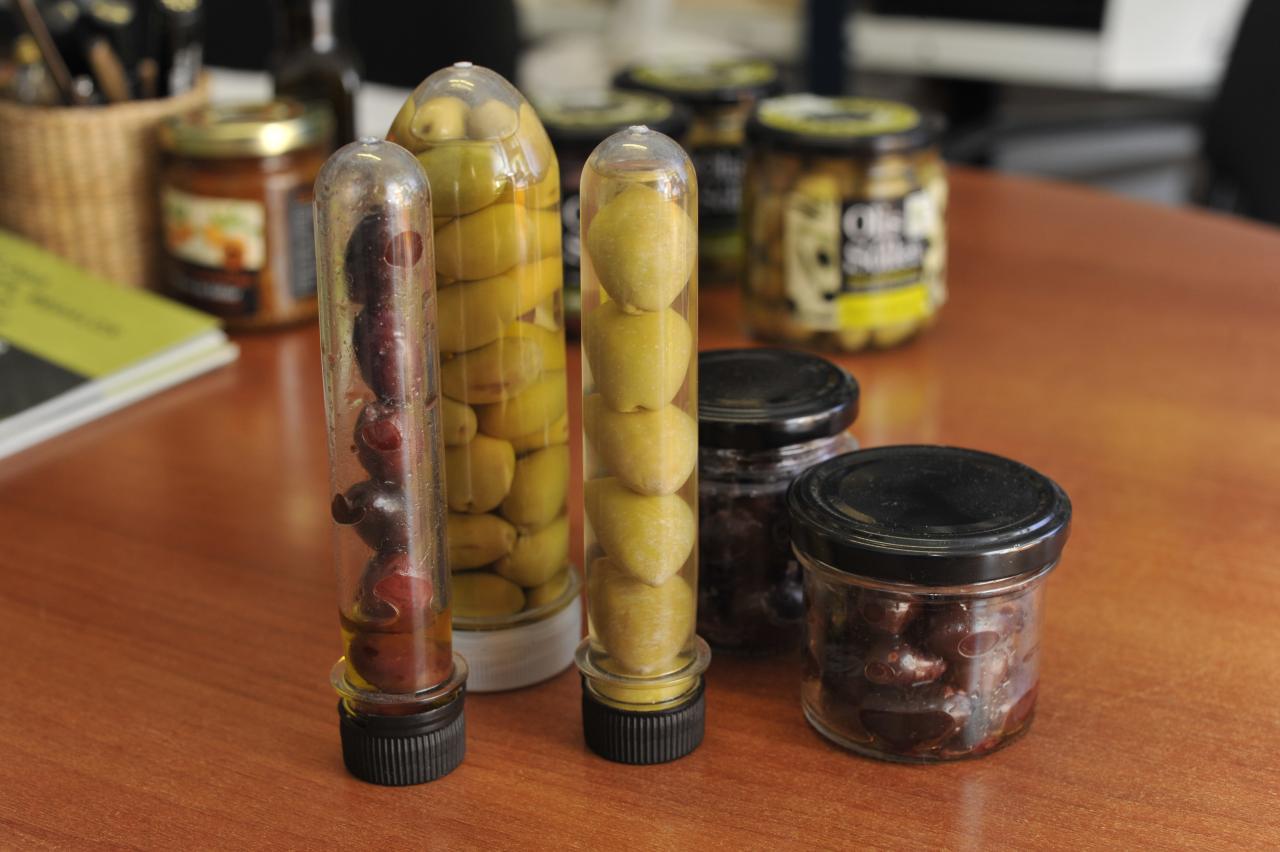 Pour the sherry or the white wine into the frying pan in which the meat was sautéed, stir well and bring to the boil. Add this to the saucepan with the meat and, if necessary, add a little water or stock until the liquid comes up to the level of the meat. It must not cover it.

Bring to the boil, cover tightly, and simmer very gently until the meat is tender. The cooking time will depend on the quality of the meat and its thickness. Try a small piece of meat after 50 minutes.

When the meat is ready, take out the garlic cloves, half of the olives and some of the liquid. Blitz in a blender until reduced to a purée and carefully stir it into the meat and its sauce. Reheat for 10-15 minutes and serve.

This dish is ideal with creamy mashed potatoes but white rice or buttered fresh fettuccine are also most suitable. Although 30 plump cloves of garlic are in this recipe, the cooking tempers them and the garlic taste is subtle and not at all overpowering.

One of the best Provençal dishes is tapenade. It features black olives, anchovies and capers. The name tapenade comes from ‘tapéno’, the Provençal word for caper, one of the main ingredients.

You will come across so-called tapenades in Palma restaurants that are so ersatz they consist of only finely chopped black olives — and not even high quality black olives.
But there’s much more to a tapenade than that.

For a true Provençal version you will need: 400 grs pitted black olives, 60 grs of good quality anchovies, 90 grs capers, 2 plump cloves of peeled garlic (or to taste) virgen extra olive oil, a little lemon or lime juice, and six large hard-boiled eggs if you are serving it as a starter.

Roughly chop the pitted olives, anchovies, capers and garlic and put them into a mortar and pound with the pestle until you have a thick paste. Add the olive oil very slowly, blending it in with the pestle. Squeeze on a small amount of lemon or lime juice.
Even in Provence, tapenade can be very much a free-wheeling recipe and at this stage some French cooks add a little mustard and up to four or five tablespoons of brandy.

Some pound in a can of tuna fish at the start but I prefer tapenades that are free of all these intruders because I want my tapenade to be as black as possible. That’s why I include only a tiny amount of lemon or lime juice: a mere suspicion of acidity is okay, but too much would bleach the tapenade and it would be grey instead of black. 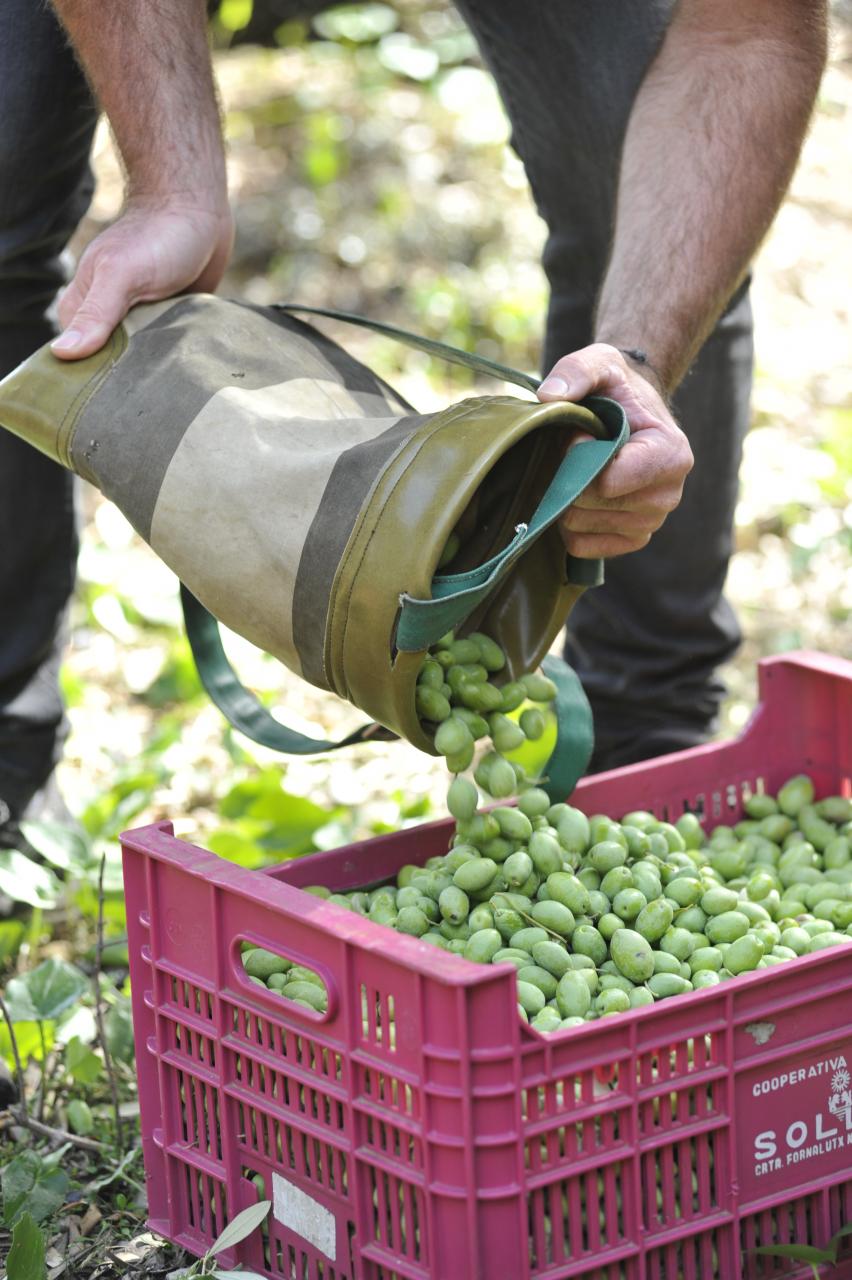 When making a tapenade you must never be tempted to cut corners by tipping all the ingredients into a blender. If you do, you will end up with a baby food mixture and your tapenade will lack its coarse almost primitive texture — one of its essential characteristics.

A traditional Provençal way of serving tapenade is to spread it on a flattish earthenware dish, slice hard-boiled eggs in half lengthways and arrange them cut side down on the tapenade.

Some prefer to extract the yolks from the halved eggs and mash them into the tapenade. The white halves are filled with tapenade and served as stuffed eggs on a bed of shredded lettuce.

Another Provençal way of serving tapenade, and one preferred by some restaurant cooks, is to press it into little ceramic pots and spread it on toast or wedges of crusty baguette as if it were a pâté.

You can use most black olives for tapenade but be sure to avoid at all times the pitted low-cost ones that come in jars or tins and are available in all supermarkets. They have an abominable texture and taste and aren’t good for anything. Some restaurant cooks use them in salads and on pizza toppings (and in ersatz tapenades) because they are cheap and keep their overheads down. Take my word for it: they are not worth buying — or even getting for free.

You will always make a much superior tapenade if you use the Majorcan panssides olives which you’ll find at the Mercat d’Olivar, the Santa Catalina market and the supermarket of El Corte Inglés in the Avenidas.

Another excellent black olive for tapenade comes from Aragón and it is also on sale at El Corte Inglés in the Avenidas. Ask for ‘aceitunas aragonesas’.

The kitchen gadgets for stoning olives don’t work with panssides or the aragonesas because they have soft flesh that clings to the stone — as with many other fruits such as plums and peaches.

In a recipe such as tapenade you have to scrape off the flesh of the panssides and the aragonesas with the point of a knife. This is a bit of a bother but the extra effort is worth it because they are then easier to pound in the mortar and their soft pulp helps to give the tapenade the right texture.

"...although most housewives seem reluctant to add them to the cooking pot." This is not the first time that I have pulled you up over your persistent sexism. Only housewives cook in Spain, eh? Tell that to Mark Fosh. Stop it.