The week in tourism: Fitur - symbolism and the race of tourism recovery

On March 21 last year, the Madrid regional government started adapting the IFEMA conferences and exhibitions centre. This centre, the flagship for the Institución Ferial de Madrid, was being turned into a field hospital. There were up to 5,500 beds. An intensive care unit was created.

A couple of months earlier, the fortieth Fitur international tourism fair had been held at IFEMA. Records were broken - 150,011 participants from 140 countries; 255,000 visitors; 918 exhibitors. For the city, according to the organisers, Fitur 2020 had an economic impact of 333 million euros. A statement read: “The good health of the tourism sector both in Spain and internationally, as shown by historic indicators in 2019, has had a powerful impact on Fitur 2020, which has once again placed Madrid in the spotlight of the international tourism community, offering one of the most complete showcases in the industry.”

“Good health of the tourism sector.” A few weeks later, a health matter, a very serious health matter, was to mean disaster for tourism. The conversion of IFEMA, the venue for Fitur, the celebration of a buoyant national industry, was hugely symbolic. Symbolic in a highly negative way.

Fitur 2021 should have been held between January 20 and 24. There was never any likelihood that it would be. A national state of alarm, travel restrictions and bans, capacity limits, incidence rates of coronavirus way too high. Impossible. Four months later and Fitur 2021 has been taking place this week. Stringent protocols have been in place - advance testing, mandatory wearing of masks, capacity controls and so on. 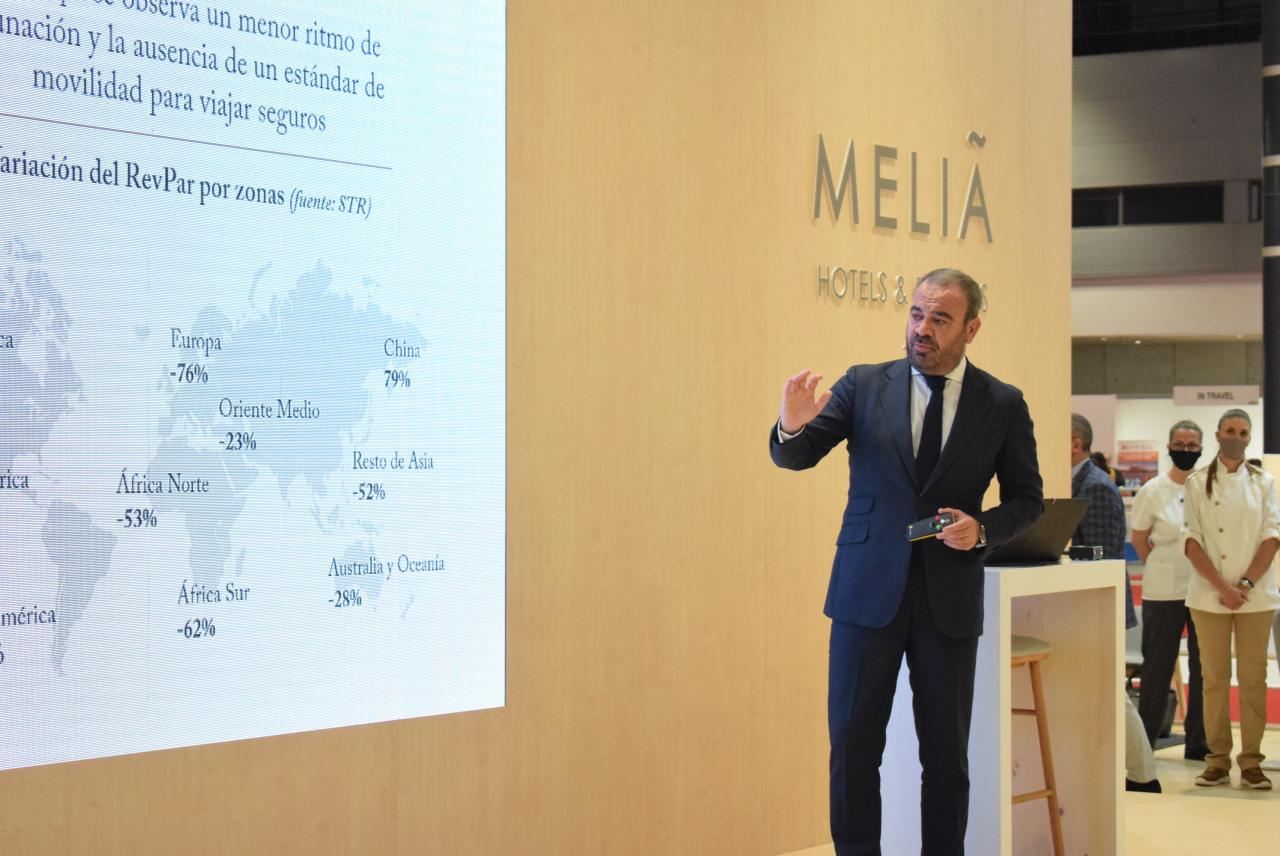 If IFEMA was a powerful but deeply unwanted symbol in March last year, it is symbolic this May in a variety of ways. Firstly, there are the politics, those of the clash between regional governments. Isabel Ayuso’s Madrid, the Partido Popular’s Madrid, is to blame for the Balearics not being on the UK green list. The incidence rate in Madrid, Ayuso’s “flexible” management of Covid have contributed to green denial for Mallorca and the islands and to therefore being condemned to amber purgatory.

This has been the opinion of the Balearic government’s touristic twins, the PSOE duo of Francina Armengol and Iago Negueruela, so inseparable nowadays that they have merged into one - Armenegueruela. Ironic it may be that president and tourism minister have to advance into political enemy territory in order to deliver safe destination messages, but then IFEMA-Fitur is, as was noted in January 2020, the spotlight of the international tourism community, a fact that will eternally be disputed in Majorca, and not just on political grounds.

IFEMA-Fitur is otherwise symbolic of the turnaround from the despair of March last year and indeed January this year, the hoped-for turnaround at any rate. Spain’s tourism pride is on show alongside that of numerous other countries, but IFEMA-Fitur is a Spanish declaration of intent - of tourism revival, of economic reactivation, and of the process of amending the tourism model, replete with its series of lofty economic and social aims which can appear (and do appear) to be irrelevantly blue sky at a time when the immediate need is that of welcoming back thousands upon thousands of tourists to lounge under the bright blue summer, sun-and-beach skies of Mallorca. 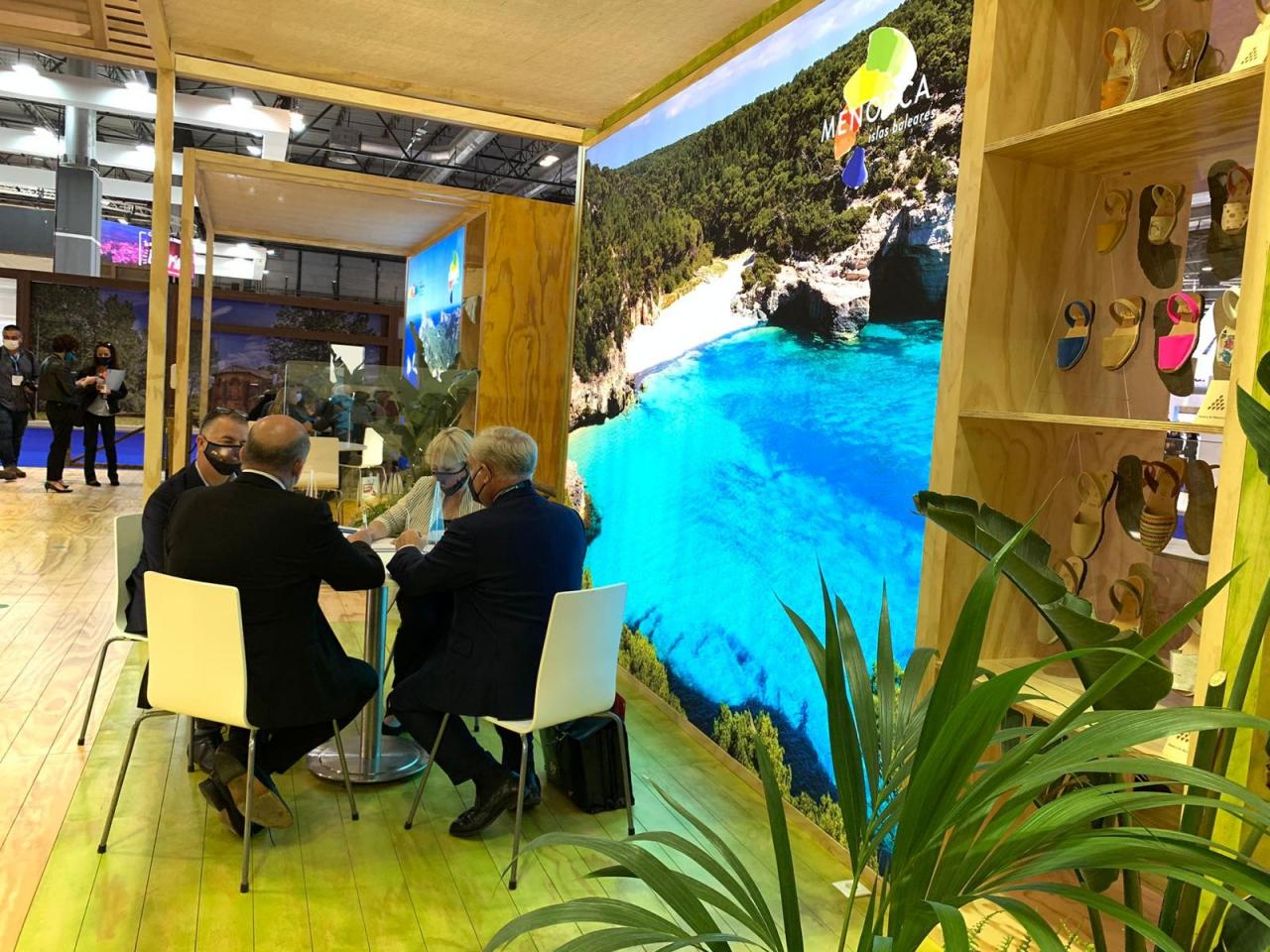 Prior to departure to Madrid, Negueruela stated that the Balearics were “open to the world”. After arriving in Madrid, he amended his message slightly - probably the “most open” tourist destination in the European Union. Yet openness depends on so many factors - travel rules, vaccination, PCRs, and the daily diet of regulatory shifts or speculated developments/hindrances.

Armengol and Negueruela were greeted by the national tourism minister, Reyes Maroto, who observed that “we are not in a race with other destinations”. “Today we are better than a week ago, and within a week we will be better than today. This is the result of the efforts being made to vaccinate.” By summer, she repeated, herd immunity of 70% will be reached. Indeed, and according to the Pedro Sánchez timetable, we are - as of today - 89 days away from that target.

Maroto sought to convey a message of confidence. Spain is ready to welcome international tourism safely. “It is not like last year. We look forward to the summer with optimism and hope to recover national tourism and half of 2019’s foreign tourism.” The Spanish government, she noted, is urging the European Commission to approve regulation of the digital green certificate (aka vaccine passport), which the Commission hopes will be available in June. Spain wants a speeding-up of the certificate, as “every day we do not open is one that we lose”.

Saying that we are not in a race is a sort of get-out clause, but race there is and opening there also is. The Balearics, to quote Negueruela, is the “most open” destination, but if every day can pass without being open, then loss follows.

To the fair itself, and the grand opening on Wednesday was not nearly as grand as it has been in the past. Fitur is normally an occasion for photo opportunities, hundreds upon hundreds of them for every country, every island, every town hall, every resort and hosts of politicians and others to huddle together in order to demonstrate that they are in attendance and that they are holding meeting after meeting with tour operators, etc. Photos there were, but not the numbers of individuals in them. King Felipe and Queen Letizia were there to officially open the fair, an act they perform each year. Maroto was therefore required, through gritted teeth, to be in the vicinity of Isabel Ayuso, as the Fitur royal family snaps were taken.

Symbolism abounded, not all of it wanted. The most significant symbol is that of recovery. It’s been said that this Fitur is the most important ever. But might they be saying that of next year’s, if this summer’s race is not won?