Rafa Nadal has his eye on the prize at the French Open and he's aiming to add a 21st Grand Slam to his collection.

But he’s just received an honour of a very different kind in Paris; a stunning statue of the Mallorcan tennis ace has just been unveiled in the City of Lights.

"I love it," yelled Nadal when he saw it. “There is no place more special in the world for me for this sculpture than Roland Garros, it means a lot to me and it’s a great honour.” 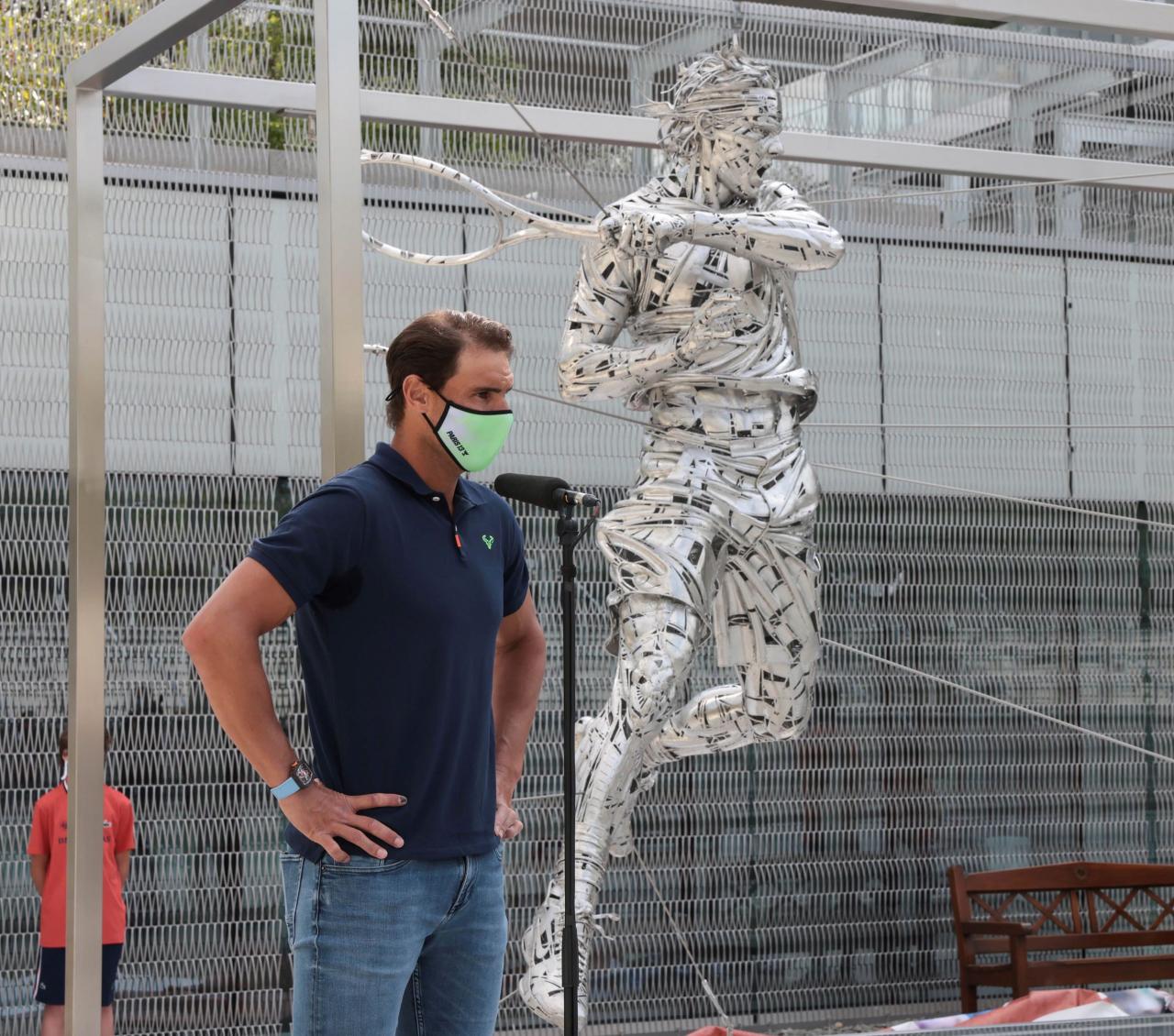 The sculpture of Nadal is one of many at the venue, including one of aviator Roland Garros whom the stadium was named after.

Honouring the names behind the most illustrious pages in the history books, both on and off the court. @rafaelnadal takes some time to meet the new statues at #RolandGarros.
...including a very familiar face 😉#RolandGarros pic.twitter.com/f87ulBcJCW

The metal sculpture of the Mallorcan tennis player in action was created by Spanish artist, Jordi Díez Fernandez.

"The idea of suspending it was intended to imply that the ball is going very fast," explains Díez, who was commissioned by the French Federation former President to create a sculpture of Rafa.

Rafa Nadal is nicknamed the ‘King of Clay’ and the Mallorcan has won 13 Roland Garros trophies in Paris. 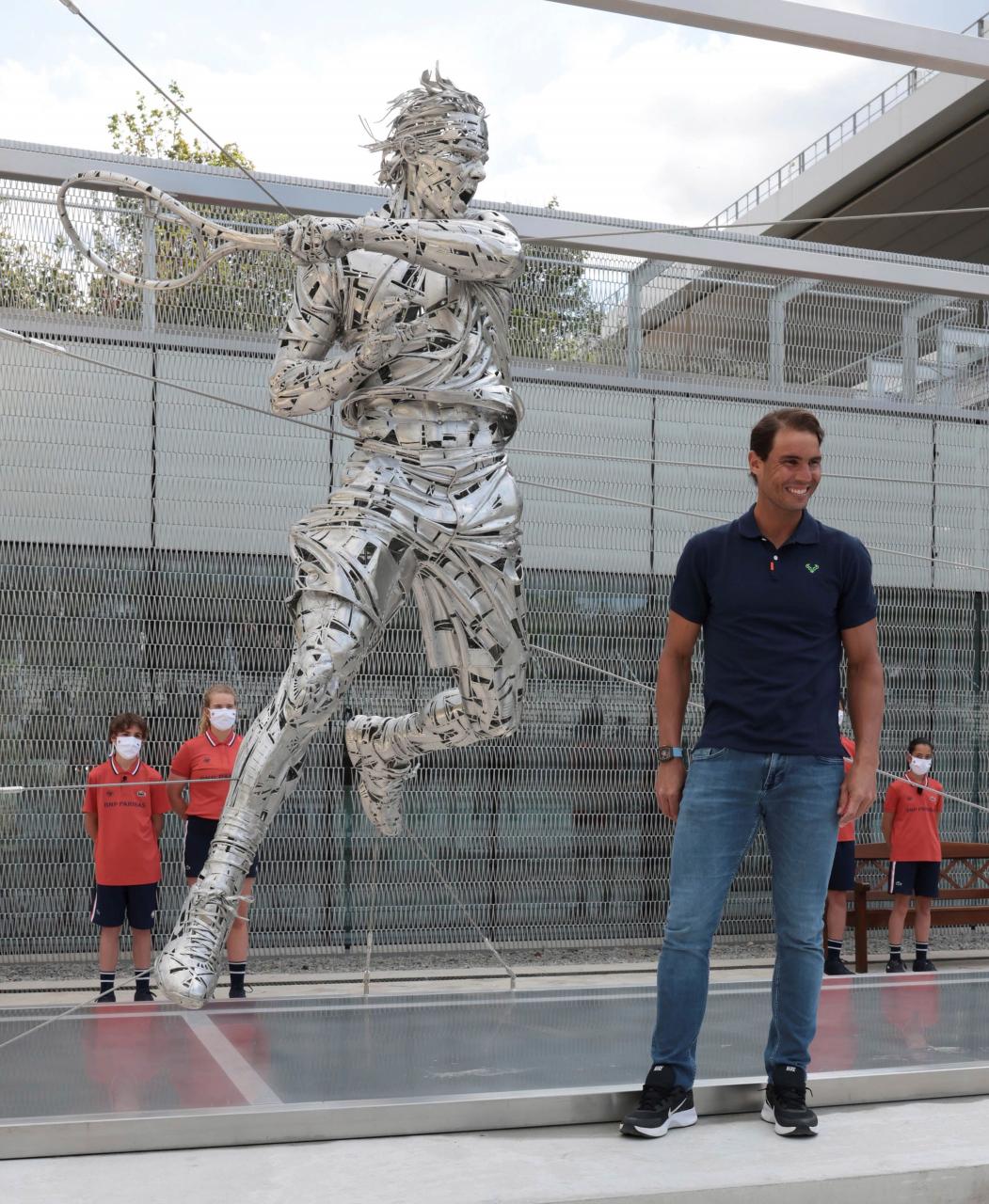