Learn all about diving and marine conservation at Mallorca Dive Camp

Mallorca Dive Camp is back with a programme that combines diving with marine protection and conservation and participants can earn a degree that’s valid worldwide.

It’s the second edition of the Mallorca Dive Camp course, which is aimed at kids aged 8 to 17. The children will spend their holidays submerged in the sea, identifying and photographing endemic Balearic species, learning how to free dive, snorkel and take their first ever dive. They'll also be finding out about the problems of the Mediterranean.

"We believe that actions such as replanting or cleaning beaches are very positive, but they are only one part and we want to change the trend from childhood, through education,” said Toni Frau, Director of the Associació Vellmarí, which organises the campus with Life & Sea.

In the early hours of the morning, the cabin boys meet at campus headquarters at Club Nàutic in S’Arenal and once the ship sets sail for Sa Pesquera des Tinent, off the coast of Son Verí and Cala Blava, Oceanographer and Diving instructor, Arantxa Catalán explains the diving techniques to the children.

While they’re offshore the children are divided into groups to take part in theoretical workshops and practical activities.

Some practice free diving under the supervision of a monitor, while others have fun on a platform attached to the boat or go snorkelling.

The most common technique is the Valsalva manoeuvre, which consists of pinching the nose with the fingers and exhaling gently through the nose, until the Eustachian tubes open.

"The children get to know and enjoy the sea, learn to develop in the aquatic environment and deal with problems. We try to show them the positive side, that with their effort they can improve the situation,” said José Esteban, Environmentalist and Diving Instructor, who monitors the children during their first dive.

“I love being at sea and learning new things,” says Moritz Simmeth. “At home I have a couple of aquariums that I maintain, which is a hobby I got interested in after I visited Palma Aquarium as a child.”

“I really like the sea, observing the fauna and flora up close and swimming amongst the posidonia. I want to be a marine biologist,” said 13-year-old Tolo Fullana, who took part in snorkelling and diving courses last year.

11-year-old Joel Rebassa, was inspired by the knowledge he gained during his time on campus.

“I like it a lot, not only for the experience, but also for the knowledge,” he says. "When I grow up, I want to be a teacher and there is still a lot to learn.”

Those who sign up for the dive workshop can earn an international degree. 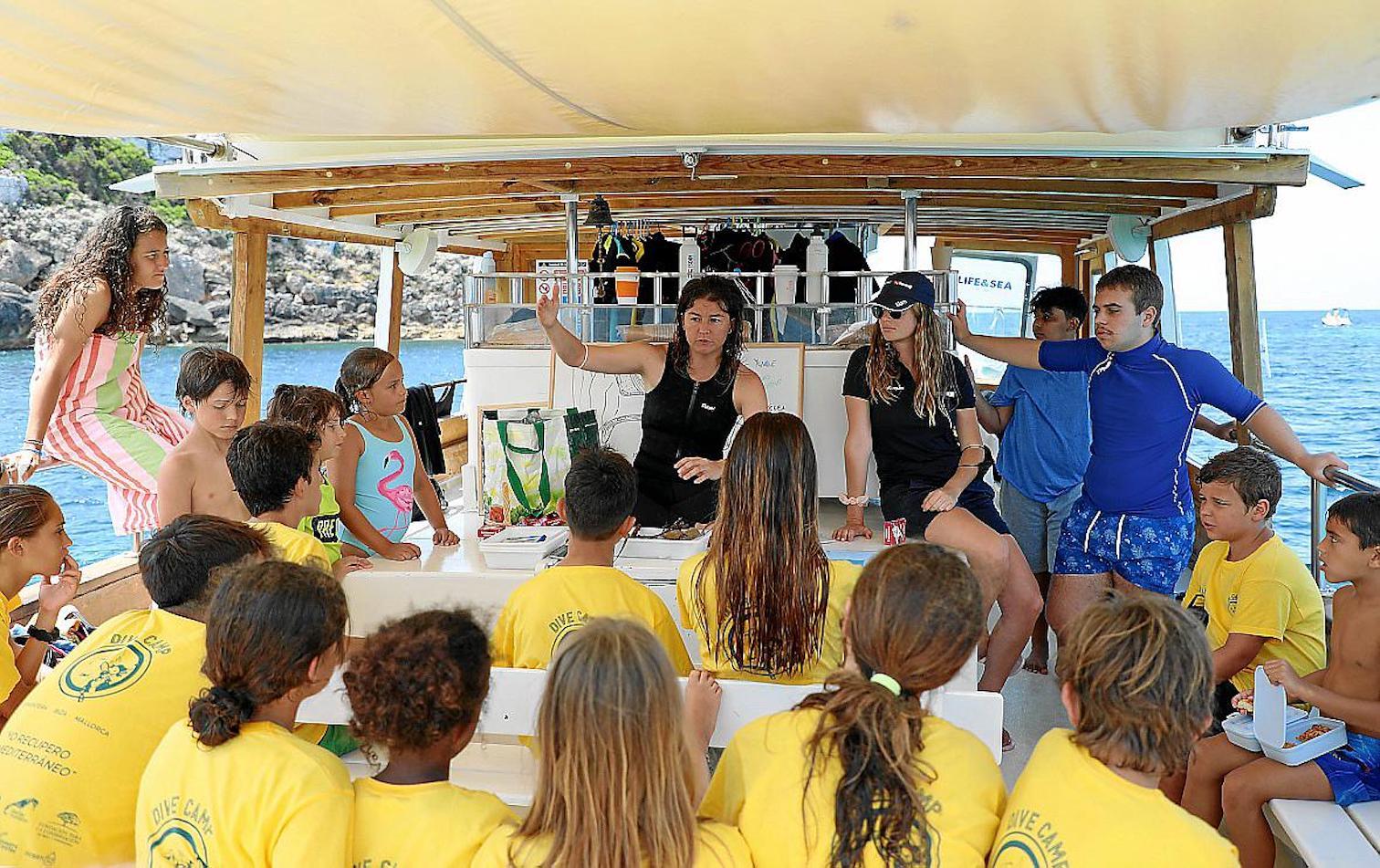