With the exception of three quite different versions of spaghetti with pesto, over the past two months I’ve eaten very little Italian pasta. For an incorrigible spaghetti freak like myself that’s a grim situation.

I wasn’t actually showing any kind of withdrawal symptoms, but I had an extremely deep desire to share some genuine Italian pasta with a friend.

So when I showed up at Bianco e Rosso I knew I would be ordering spaghetti, tagliatelle and linguine — with plain but very different sauces.

When I go to a restaurant, however, I am always very conscious of ordering what makes the best review for Bulletin readers — which isn’t necessarily what my tastebuds are pining for.

That’s what happened when I looked at the large menu on a stand at the entrance to the restaurant: it was spattered with pictures of dishes I don’t always see at Italian restaurants.

I soon had visions of a most attractive menu with Italian dishes I seldom order — and they did not include three versions of the long pasta I was yenning to eat.

Instead there was a splendid-looking carpaccio de ternera that we could have with a foccaccia studded with spikes of fresh rosemary. You’ll find carpaccio all over town — but not always with rosemary foccaccia on the side. 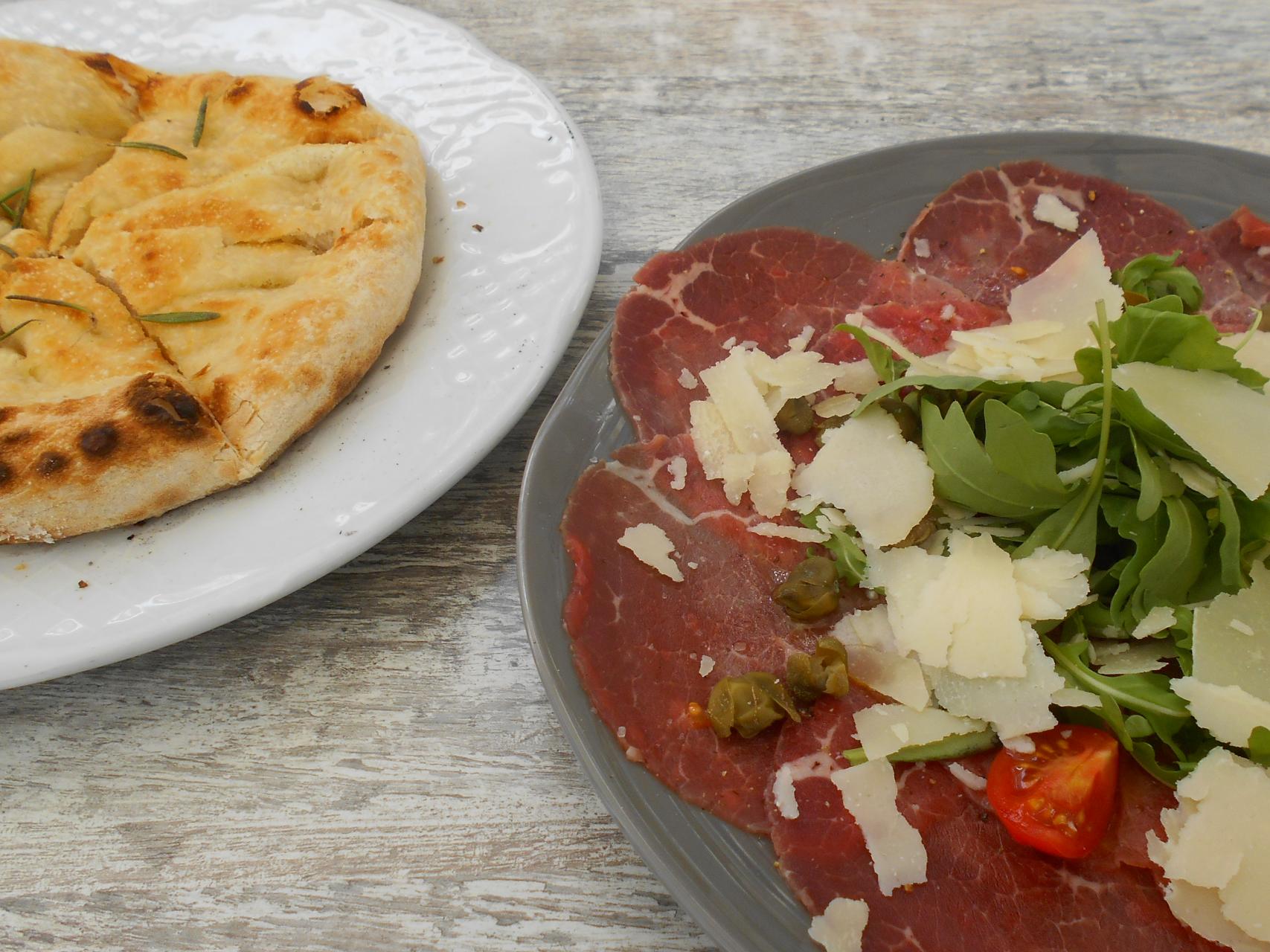 But the most seductive item on the menu was a panzerotto stuffed with cheese and ham. It’s a mini calzone, a small pizza folded over into a crescent shape and baked or deep-fried.

I first came across the panzerotto in the early 1990s and it was at a restaurant in Plaza Rossellón, the big square next to the Mercat d’Olivar.

The restaurant was actually called Il Panzerotto, so this kind of calzone was its speciality and they had many kinds of fillings. Although I ate well there, Il Panzerotto didn’t click and the owner eventually moved to the start of Calle Aragón and opened La Fontana, which was a huge success.

We had our panzerotto at Bianco e Rosso deep-fried: more calories are involved but the texture and taste of the pizza dough are so much more to my liking. In good food, taste and texture are what it’s all about.

This panzerotto was especially flavoursome because it was generously filled with slivers of mozzarella and thickish slices of cooked ham. The high heat of the deep-fryer had melted the cheese nicely and it had also worked its special magic on the pizza pastry. 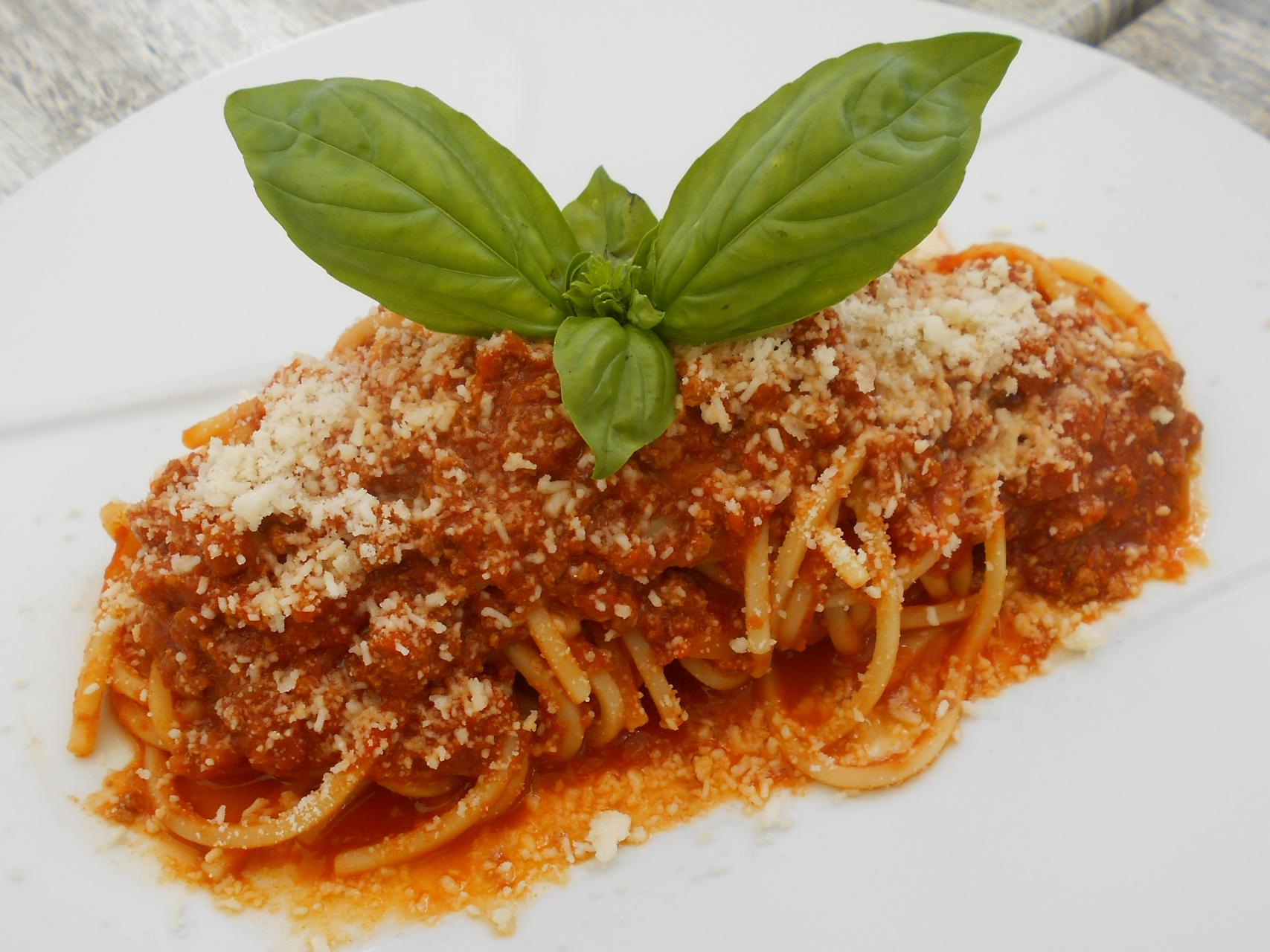 The panzerotto was served on a bed of salad greens including rocket, and for extra flavour there were shards of parmesan and also a dusting of grated cheese.

Some halves of cherry tomatoes added extra splashes of colour and the dish also looked most attractive. It also brought back fond memories of Il Panzerotto of 30 years ago.

Carpaccio and foccaccia was a truly delish combo

As a rule, I wouldn’t order a carpaccio at a restaurant because the cook’s contribution to the dish is minimal: it’s not a good way of testing his culinary skills.

But the picture of the carpaccio on the large menu showed that it was cut thicker than usual — and that made a difference: I was interested in trying it.

And I could have it with freshly-baked foccaccia, which isn’t always an option because, strangely enough, many Italian restaurants don’t do foccaccia. That was another attractive proposition.

The more thickly sliced carpaccio was the right choice partly because it has to be cut — when it’s tissue-thin, one simply gathers it together with knife and fork.

That is probably more elegant when eating at Harry’s Bar in Venice where carpaccio was first served, but it’s not as much fun as cutting through it. The Venetian contessas who eat at Harry’s Bar never have it with foccaccia, preferring mini blinis. And it costs them much much more than €7.

The thicker carpaccio was even tastier than I expected: the slivers of parmesan cheese provided contrasts of textures, and a few capers scattered over the surface added a nice tangy touch.

Foccaccia sometimes comes with a pizza-like topping, but for most Italians it is simply a flat bread that is eaten with other dishes — just as we do with ordinary bread.

Italians buy it at bakeries and eat it as they go along the street — or they take it home without nibbling at it to have with a meal. It can be successfully warmed up in the oven — or you can go all the way and toast it.

The foccaccia is always much thicker than a Neapolitan pizza, and as the dough contains a small amount of yeast it has more of a bread-like consistency.

Ours was soft, had a lovely chewy texture, was most flavoursome and was ideal for eating with a carpaccio. It was one of the finest foccaccias I’ve ever had.

They serve a half portion of spaghetti bolognese, which I assumed was for children — but the menu doesn’t say that. We were feeling rather full but thought we could manage half a serving of spaghetti…and ordered it.

The sauce is made in the traditional Bologna way with a sofrito of onions, carrots, celery and tomatoes plus lots of hand-chopped beef. It was absolutely delicious.

We could have chosen from Italian desserts but I fancied a brownie with ice cream. This was another excellent decision.

The brownie was thinner than usual but was superbly moist and tasty. And as an adornment it had a strawberry sliced with Japanese precision. I awarded it an immediate 10.

Although I didn’t end up eating the three pasta dishes I yenned for, this was a lovely meal with three excellent Italian specialities.

The carpaccio de ternera was an especially fine version. It wasn’t as tissue-thin as it usually is (I prefer a thicker cut) and it was served on a bed of salad greens with slivers of parmesan to add extra flavour and contrasts of texture. We had it with the best kind of side dish: a foccaccia topped with fresh rosemary spikes — and straight from the oven.

Its lovely light chewy texture helped to make it one of the best foccaccias I’ve ever had. The panzerotto, a deep-fried mini calzone with a mozzarella and cooked ham filling, came on a bed of salad greens that included rocket, with shards of parmesan and a dusting of grated cheese. 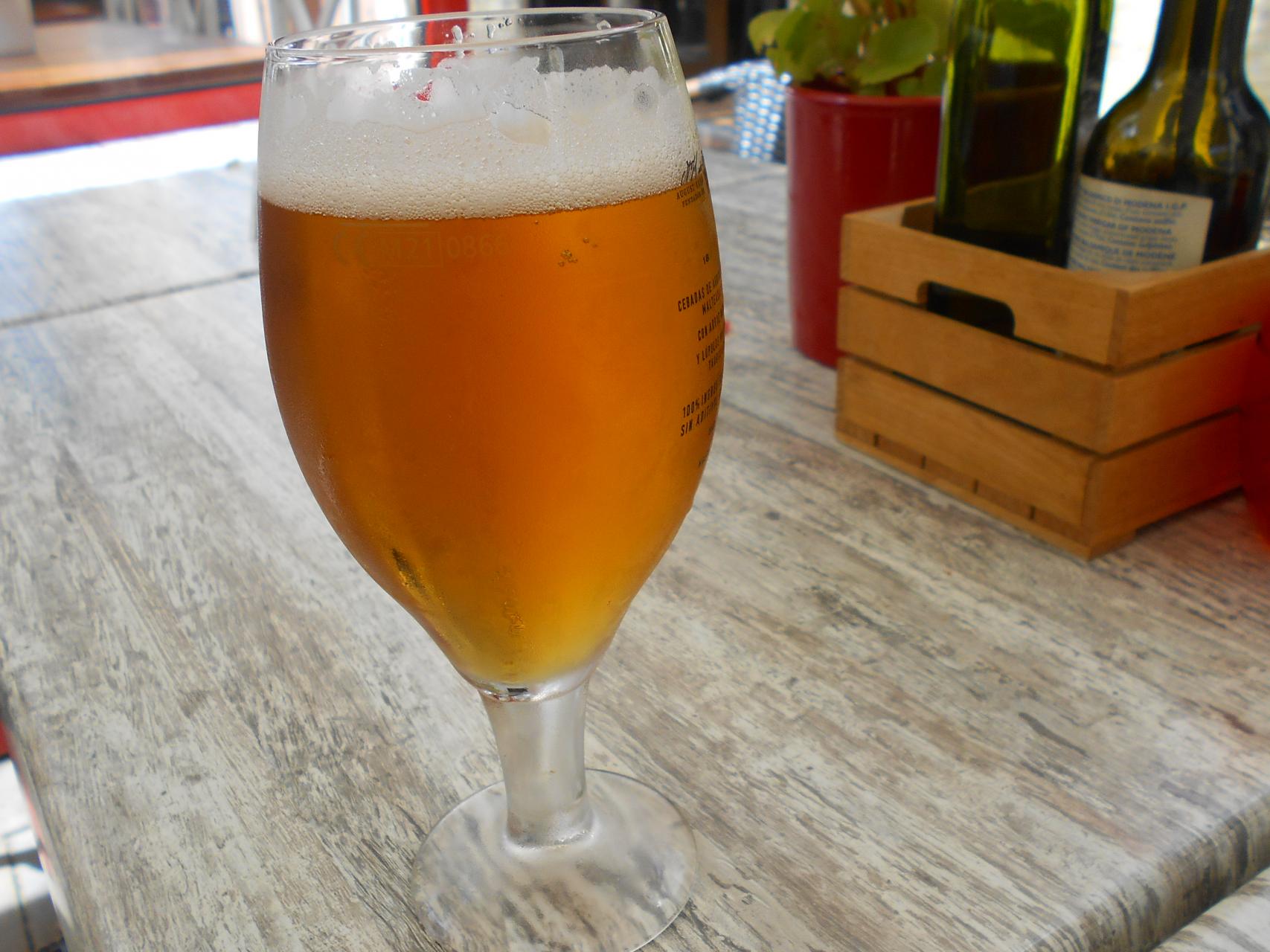 Cherry tomato halves added splashes of colour and helped give the dish loads of eye appeal.

After eating a panzerotto and a foccaccia, the half portion of spaghetti bolognese was the right amount for sharing between two. And it was absolutely delish. A brownie with ice cream was the best I’ve ever had and was worth a 10.

Restaurante Bianco e Rosso, Calle Fábrica 6, Palma. Tel:971-905015. Open for lunch and dinner from Tuesday to Sunday. They have an indoor dining room and a terrace, but the terrace can easily fill up on any sunny day so it’s always best to reserve a table.