It's donut time in Mallorca!

Bakers in Mallorca have been working like crazy over the last few days making tons of delicious buñuelos, or donuts in time for ‘Les Verges’ festival on October 20-21.

The event pays tribute to Saint Ursula, who according to legend, went on a pilgrimage from Brittany to Rome with some companions, but were all killed by barbarian troops on their way home. Saint Ursula became the patron saint of virgins and the 'Les Verges; festival is now celebrated in towns and villages throughout Europe.

Many years ago, boys went door to door serenading girls they knew and gave them buñuelos to celebrate their virginity, but that rarely happens now. 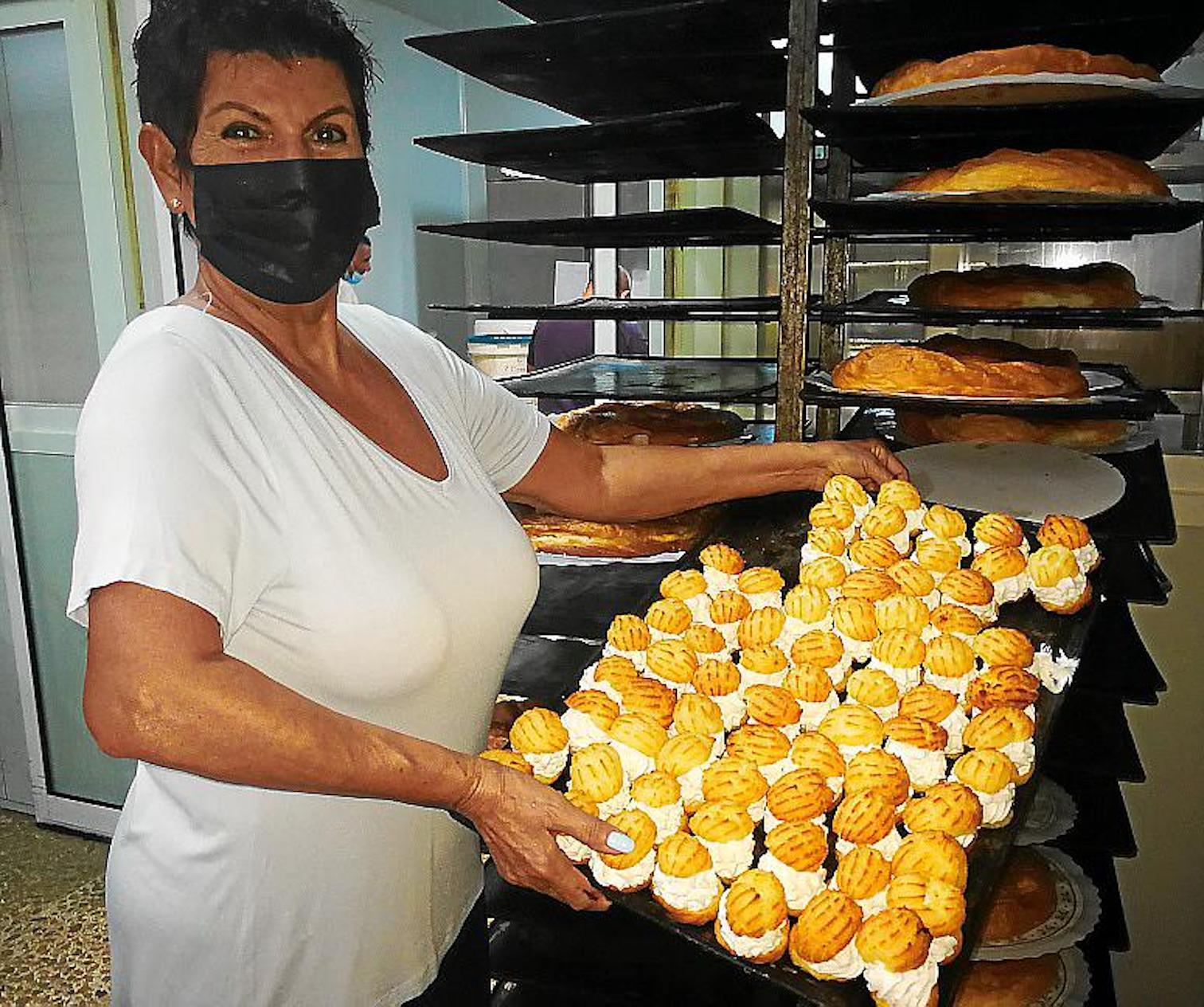 “Donuts are still very popular during the 'Les Verges' festival, but you won’t hear many serenades these days,” says Margalida Serra from the Reina María Cristina bakery. “We fill the donuts with cream or truffle and they cost 20 euros per kilo. We usually get most of our orders from office works and schools on the eve of the festival.” 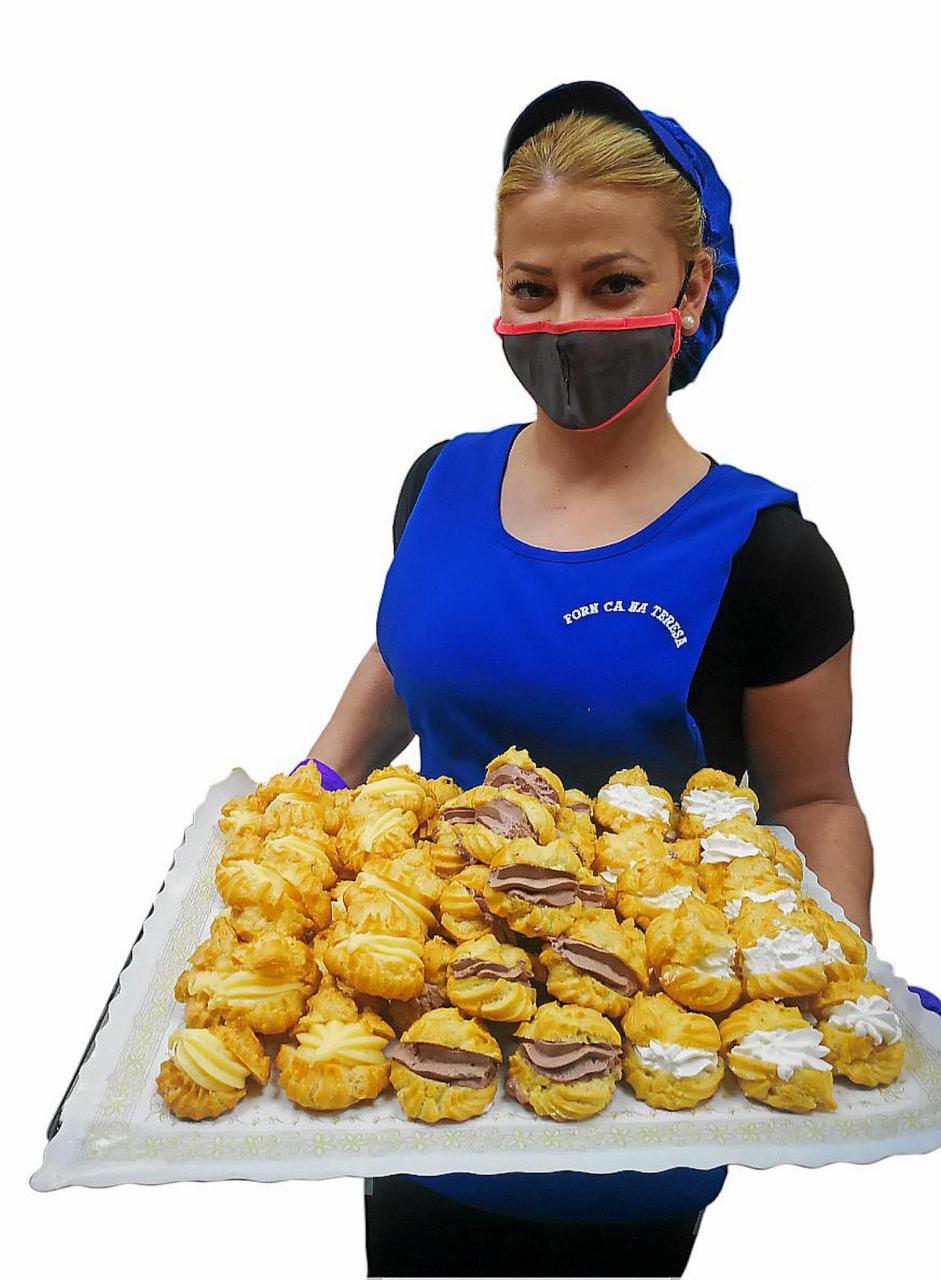 There are plenty of different varieties of donuts to choose from at the Ca na Teresa pàtisserie and they all have generous fillings. 6 donuts cost 3 euros; 14 cost 6 euros and 30 donuts cost 12 euros. 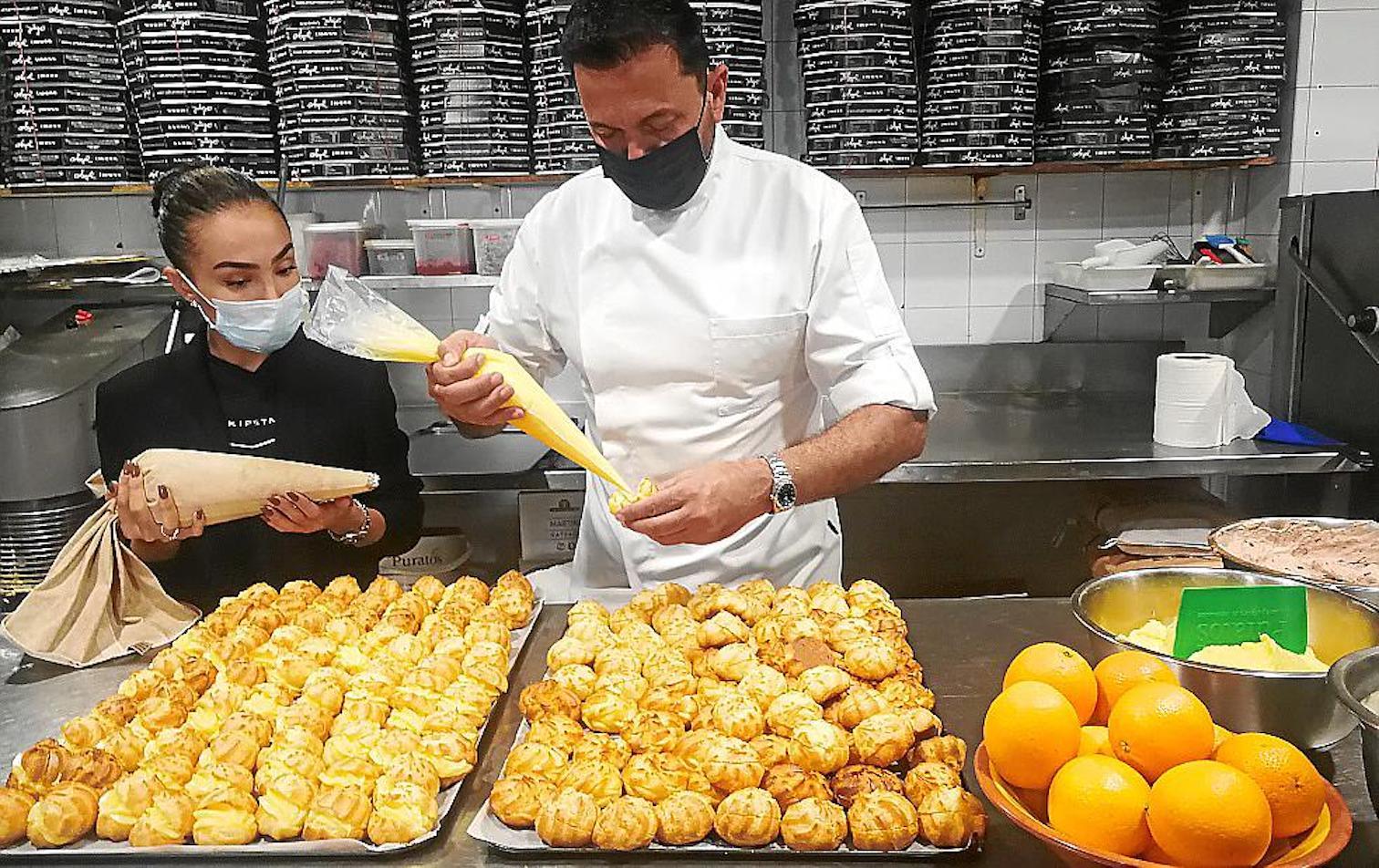 Ángel Cortés, who owns the Ángel pastry shop is selling donuts with orange cream filling from Sóller this year as a tribute to his mother. 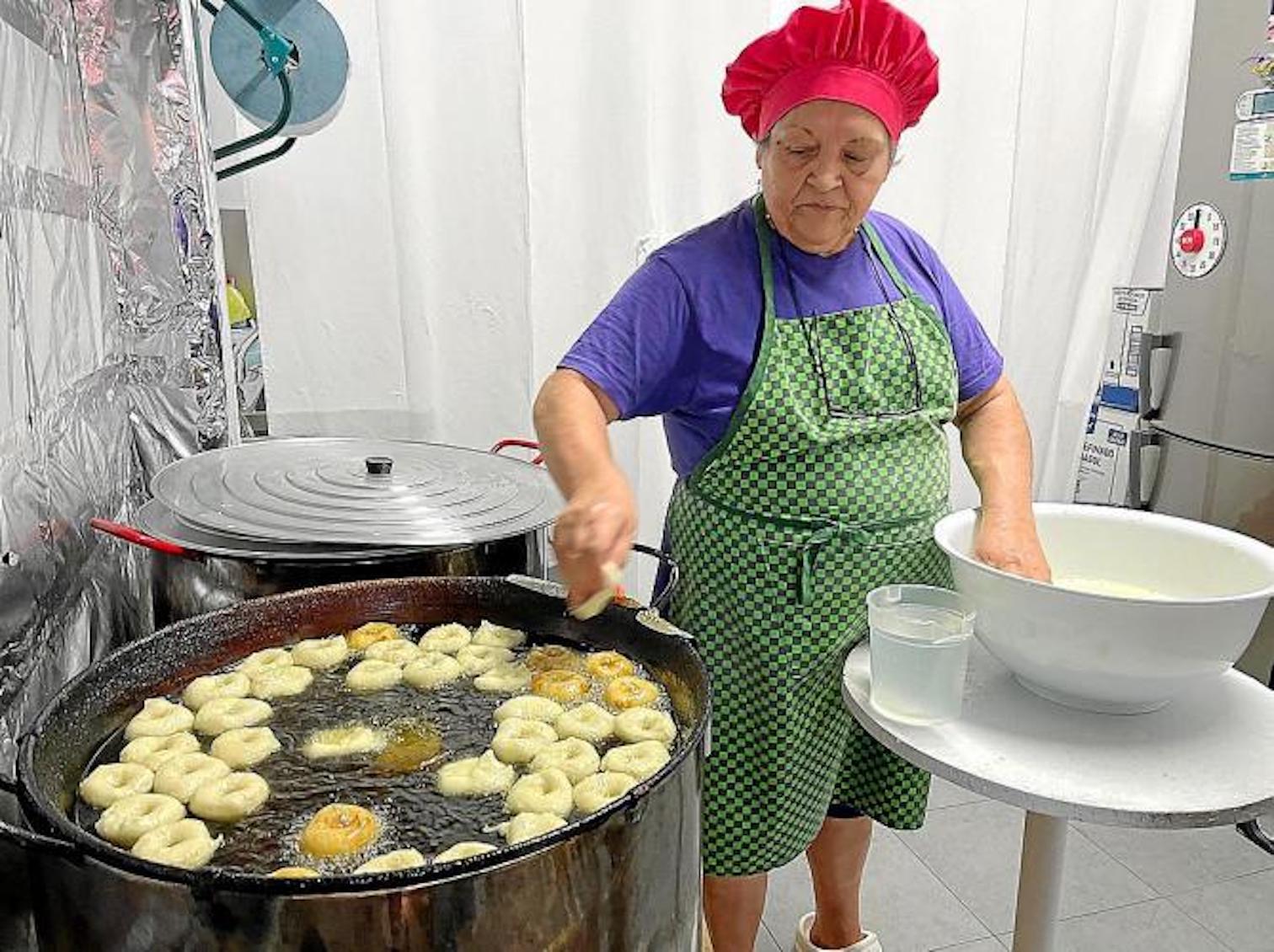 Catalina Ramis has been very busy cooking her delicious fried amb forat, which is a typical dish at the 'Les Verges' festival and she’s using a family recipe that’s been handed down through the generations. 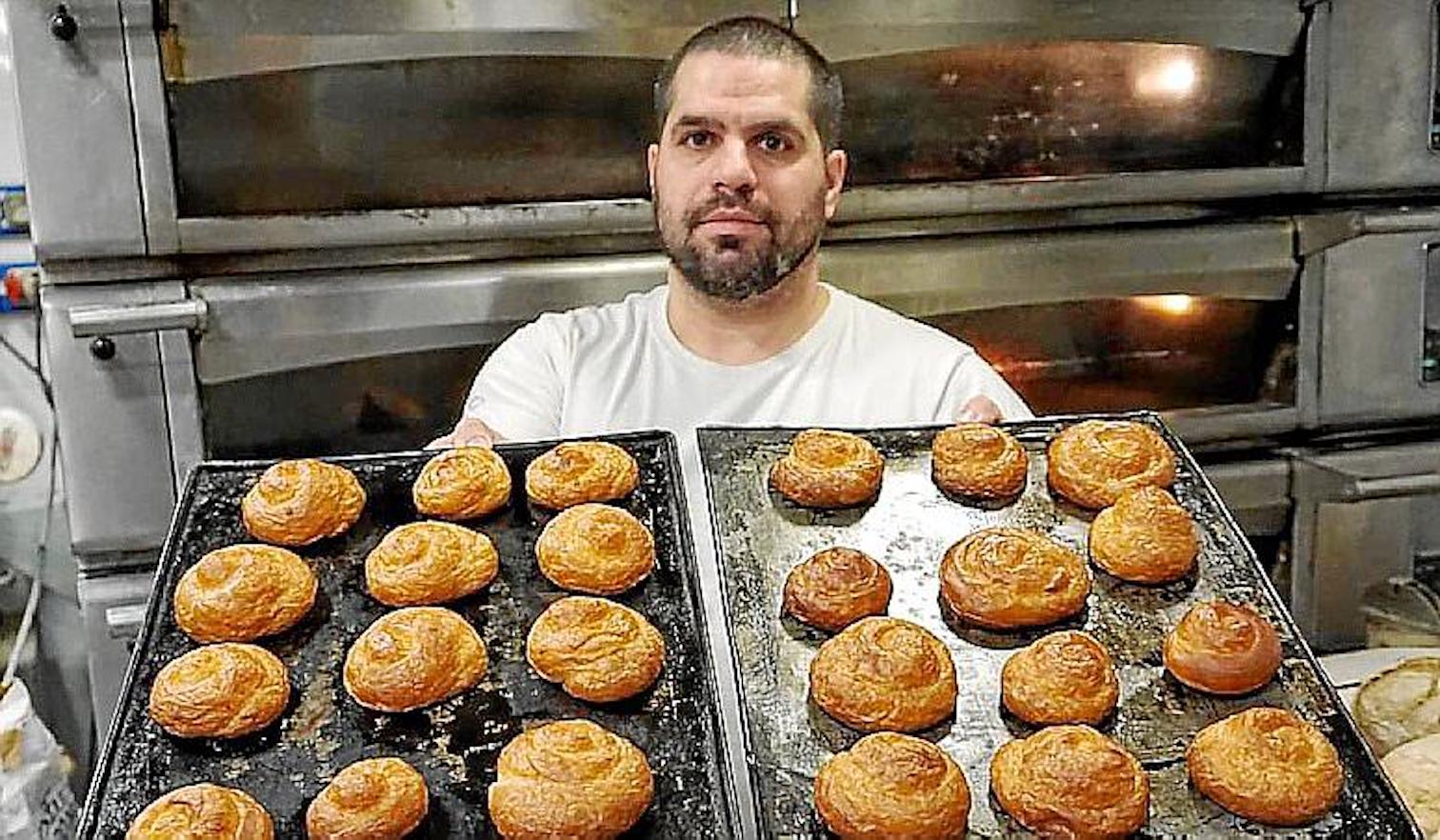 At Forn Can Rafel in Buger, pastry chef, Rafel Solivellas is making ‘bujolets’ which are a cross between donuts and ensaimadas.

“I put photos of them on social media networks and asked people to come up with a name,” explains Rafel. “The majority wanted to call them ‘bujolets’ or ‘picarolets’ so we took a vote on those two names and ‘bujolets’ won.