A Valencian businessman has come up with a novel way to make keep your Covid Passport handy at all times.

When he found out that he would have to show a Covid Passport to enter bars, restaurants and other places in Valencia, the first thing he thought about was how to carry it with him without losing it. 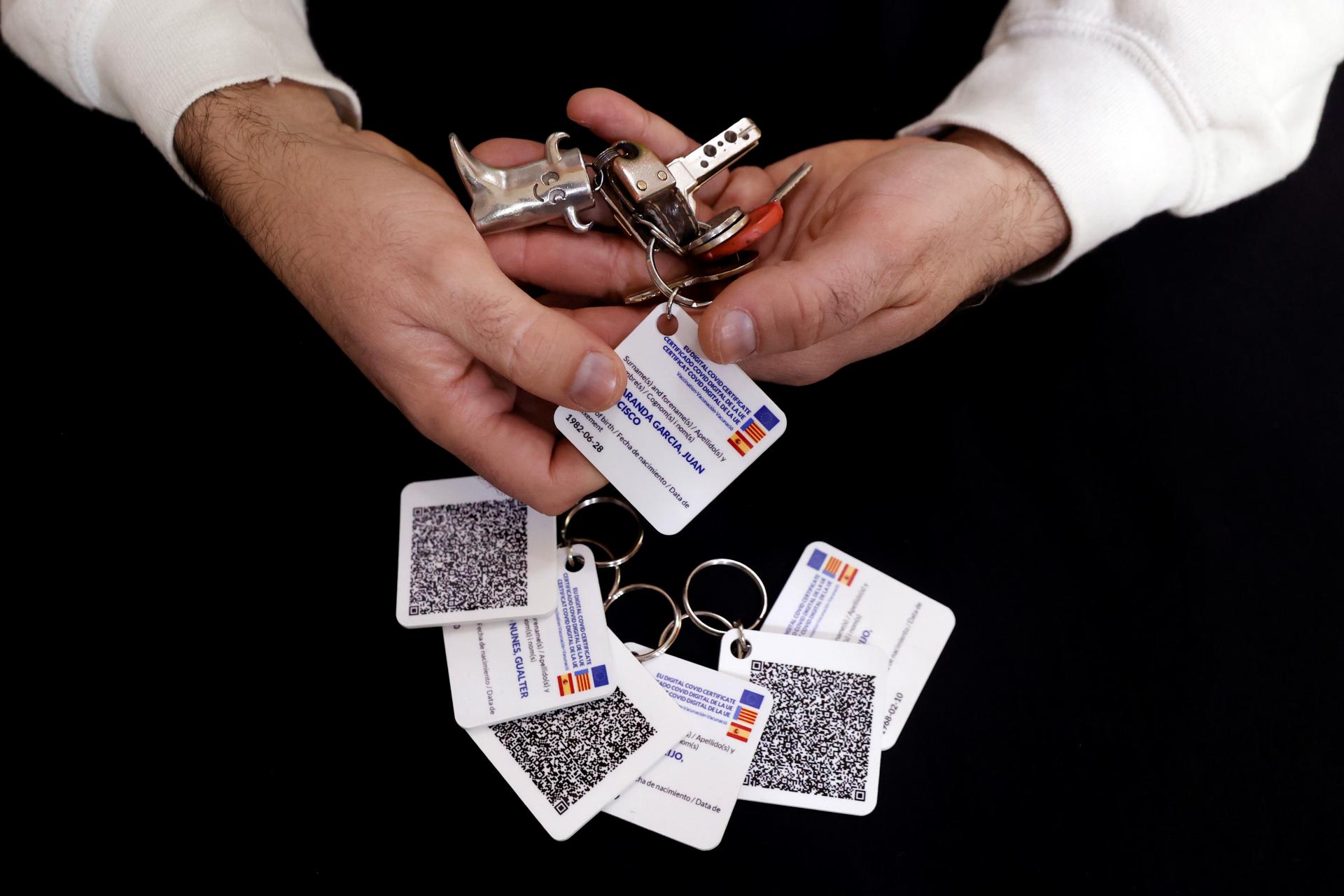 It occurred to him that he always had to take his keys with him, so he downloaded his vaccination certificate and created a PVC keyring with his personal data on one side and his QR code on the other side.

Juanfran sent photos to his friends to get their opinion, which he always does when he comes up with a new product and they thought it was a great idea, especially for older people who have old mobile phones or don’t have access to the internet or a printer.

His friends loved the idea so much that they asked him to make personalised keyrings for them, then a wise friend nudged Juanfran to market them in his store.

"I was thinking small until a friend opened my eyes," he says with a laugh.

He’s been inundated with orders from all over Spain since he started advertising personalised Covid Passport keyrings for 9 euros each on Monday.

It takes 24 hours to make each keychain and they have to be assembled one by one from the PDF of the vaccination certificate that customers send to Goatxa, which only has 3 employees. 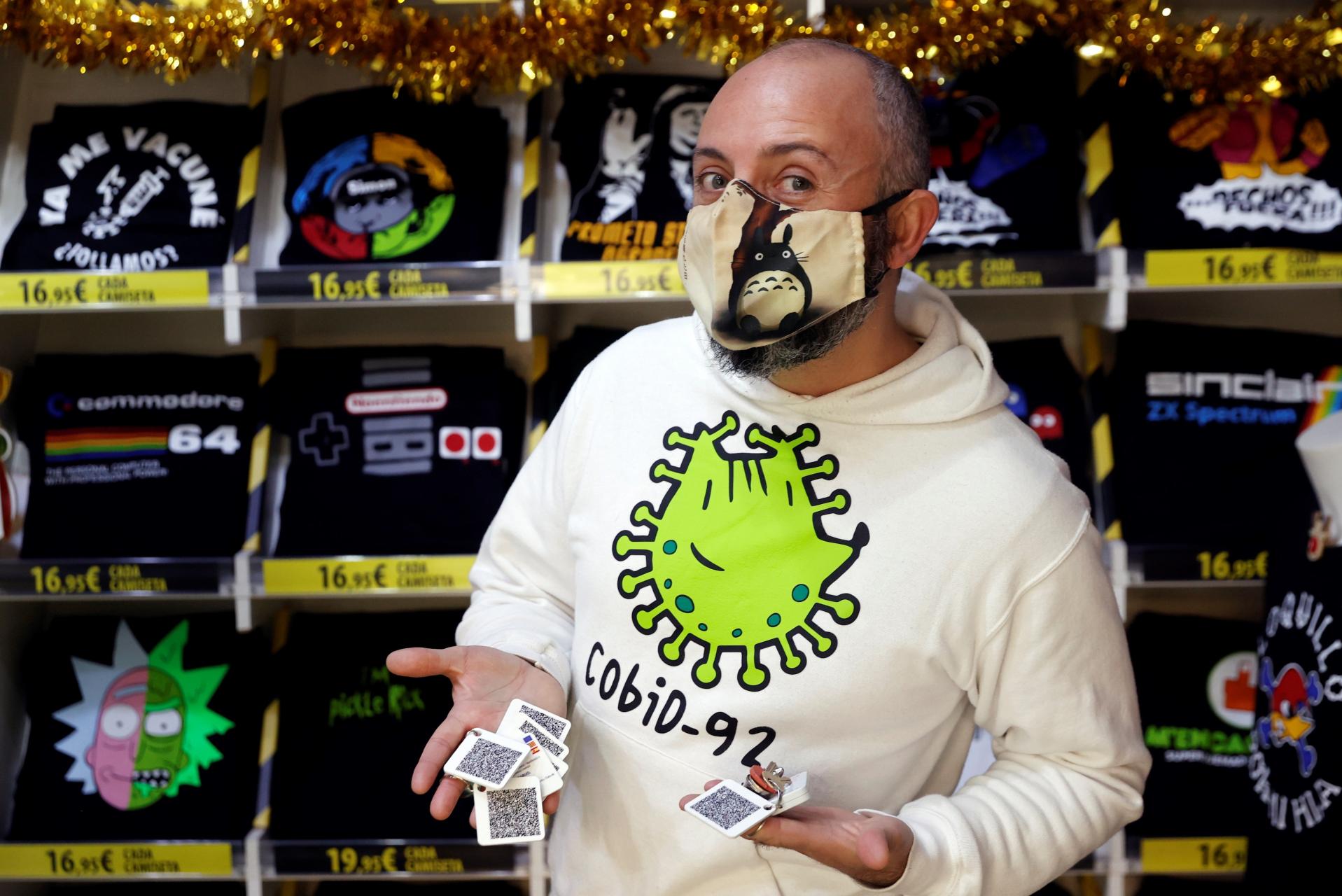 Goatxa was created in 2006 in Benimaclet which means ‘The pretty one’ and its logo is a lizard-frog that licks its lips because it has just eaten a flea.

"We are always inventing new things and we have launched a lot of new products," explains Graphic Designer, Peñaranda, who describes himself as a textile humorist.

The company is no stranger to success, their t-shirts emblazoned with different slogans proved highly popular and Goatxa was the first company in Spain to make personalised, certified face masks with a special antiviral and antibacterial fabric.

They printed their own faces and children's drawings on the masks and Juanfran says during the pandemic a lot of people thanked him for making them laugh at such a difficult time.

At the moment Goatxa is making 100 keyrings a day, but it’s such a great idea that orders are guaranteed to soar.