These two batters take some beating

The crunchy batter was worth a 10. | Andrew Valente

One of the trickiest of culinary jobs is that of making a really fine batter — one that is light, very crisp, with plenty of taste and without a trace of residual oil.

I seldom come across a batter that ticks all of these boxes because it is really a dicey job. But last week there were ticks everywhere — and not just on one batter, but two. And each was worth a 10. That takes some beating…in fact, it has never happened before.

We were having the €16 menú del día and my starter was squid rings in tempura. When I see that word tempura I immediately think of the Japanese minimalist batter made with a tiny amount of flour, lots of water and perhaps a little beaten egg.

But I explained to my dining companion that genuine tempura batters are difficult to find in Palma outside of authentic Japanese restaurants.

The big flour manufacturers have got in on the act and they now sell bags of flour which they call tempura. But these flours produce ordinary batters that have nothing whatever in common with those Japanese cooks whisk up.

I have eaten extremely well at Brondo Urban Architect Hotel on three occasions and I was expecting to be served calamares in a competent batter, but made with commercial ‘tempura’ flour and not at all like a Japanese tempura.

Well, what came to the table were rings of squid covered in a batter that could have come from the kitchen of any of Palma’s authentic Japanese restaurants.

This wasn’t just a light crisp batter, it was positively crunchy. And there was loads of taste and no residual oil. It was like a pukka Japanese tempura and it was worth a 10. 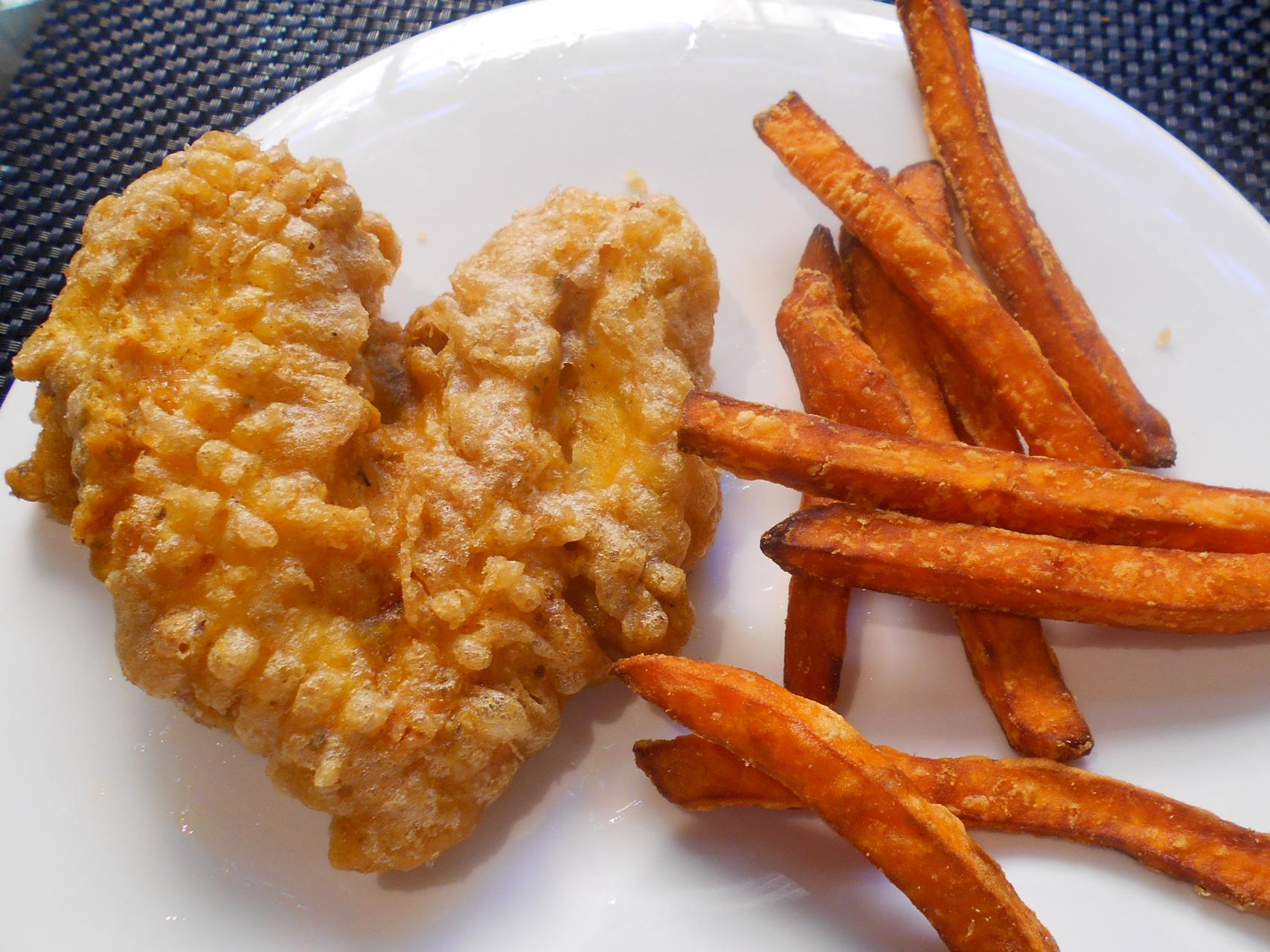 A batter as exquisite as this deserves a better squid. The cook should try rabas de calamar, pinky-size strips of large squid, or even pieces of cuttlefish.

He could also use little nuggets of fresh cod, hake or other white fish. And why not large and small fillets of cod, thereby giving us his version of fish and chips. I know more than a few people who would be rushing along to try it.

It’s not every week, or even every year, that I come across a batter as crunchy as this. I hope we run into each other again — sooner rather than later.

Restaurant cooks, even the best of them, are sometimes not very good at describing their dishes on the menu.

For my main course I went for a chicken dish that seemed to be done southern New Orleans style but I really didn’t have a clue about it, not even after the waitress’s explanation. 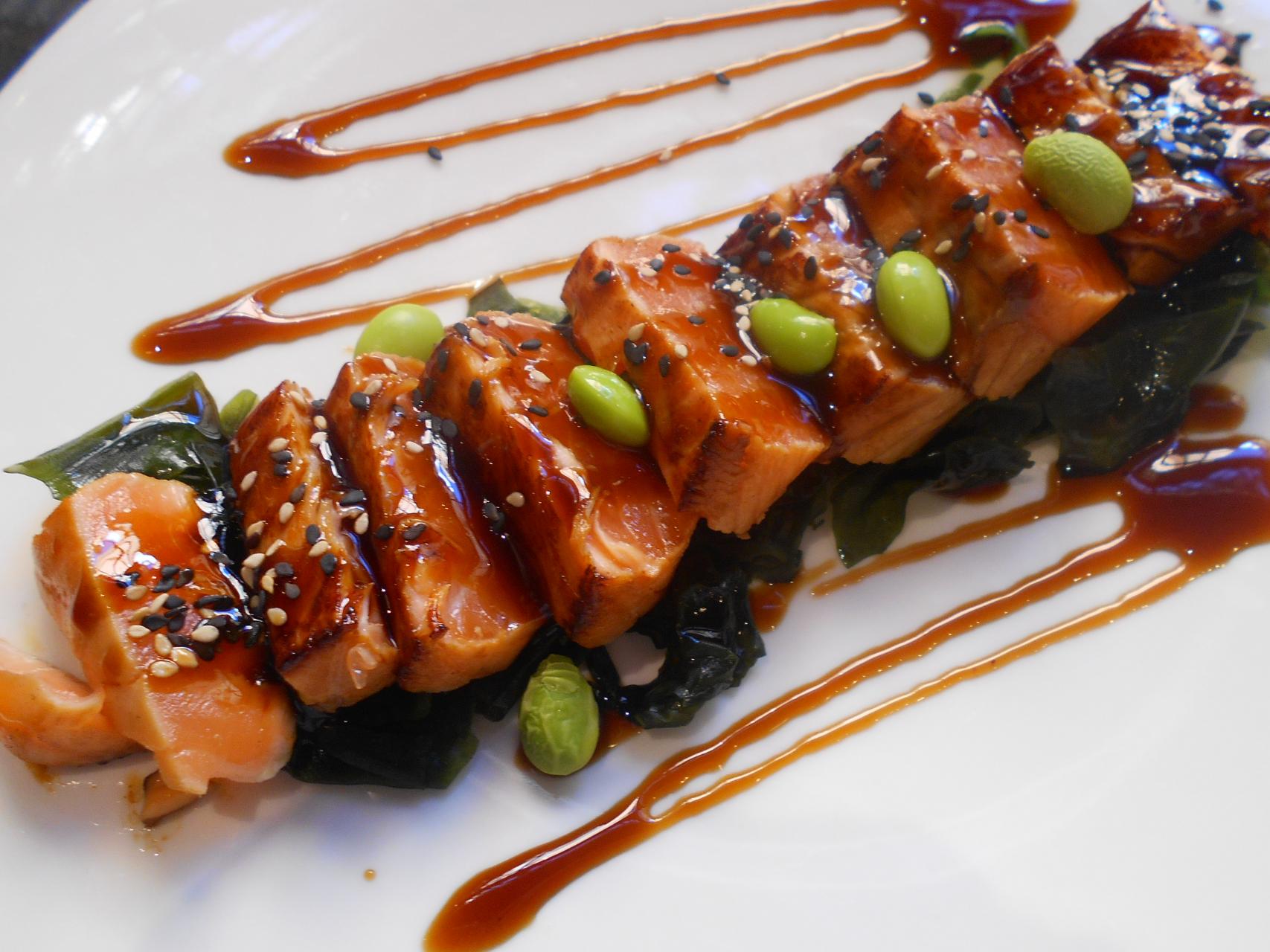 But I have great faith in the cooks at this restaurant, so I ordered it anyway as I was sure it would be at least interesting. Interesting? It was one of the best dishes of the year. More about that on the next page.

Juicy batter-fried chicken breast was the best ever

When I ordered the chicken done New Orleans style I hadn’t a clue about what it would be like. But I wasn’t in the least concerned because I know from previous experience that this restaurant has a top-notch kitchen team. 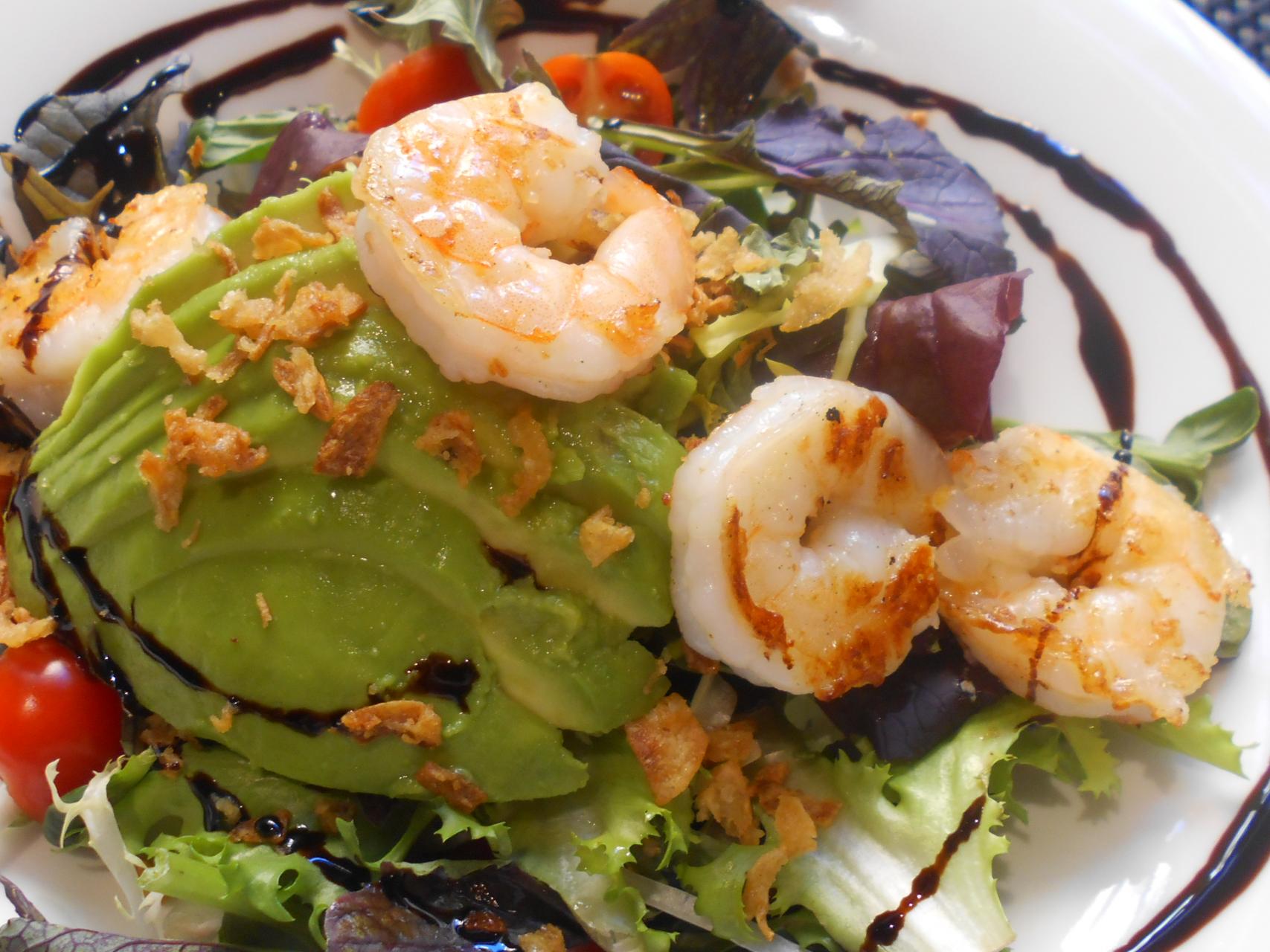 It turned out to be a thick breast of chicken, split down the middle but still joined at the narrow end, dipped in batter and deep-fried.

But this dish scored an immediate 10 and was among the very few deep-fried breast of chicken dishes that have been a total and most memorable success.

Chicken breast has virtually no fat and it is one of the most treacherous dishes a cook can be asked to handle: the almost complete lack of any lubricating fat means the cooking time must be spot on.

A mere 10 seconds in the deep-frying oil can mean the chicken breast will dry out — and that means it will be a failure. This meat calls for such intricate cooking times that I usually don’t order it. The use of ‘New Orleans’ made me think of southern fried chicken and juicy leg meat on the bone, so had it as a mains.

And it all worked out nicely in the end. The kitchen used a robust but lightweight batter and the cooking time was millimetric. The result was a beautifully moist breast of chicken that was worth a 10. 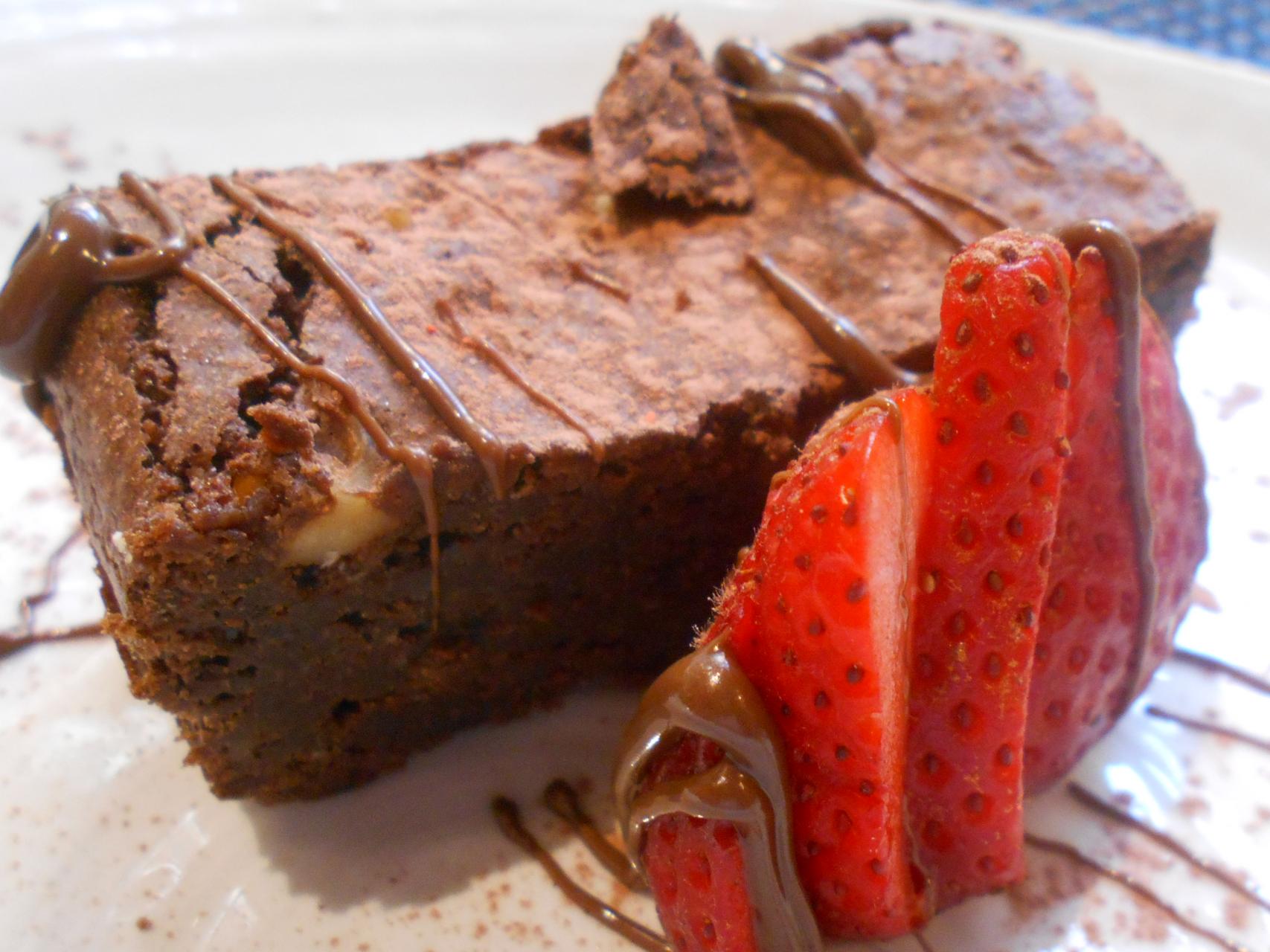 But the delights of this dish didn’t end there: it came with the most splendid sweet potato chips. When I wrote about sweet potatoes last month I mentioned that doing them as chips was more than a little risky because their high sugar content means they caramelise very quickly, are undercooked and usually somewhat oily.

Well, the cooks here obviously know their sweet potatoes because what was on our plate was sheer perfection: there was no trace of residual oil and the chips were perfectly cooked. They deserved a separate 10.

I tasted my friend’s terse-fleshed langostinos atop what looked like a lovely green salad, and his tataki of salmon that was perfectly grilled. I was most impressed.

This was one of those days when absolutely everything fell into place: the meal was stunningly good from start to finish. The start wasn’t the arrival of the first courses — it was when we walked into the hotel, up the curved staircase and into the amazing immense dining room with high ceilings, part indoor and part outdoor.

The hotel is owned and was designed by two architects and just sitting there and looking around is part of the fun of eating here. But the main pleasure is on the plates: you eat extremely well as this restaurant. The crunchy batter on my squid rings was most memorable and I gave it a 10. It’s a pity the squid rings weren’t as soft as they could have been.

There was a quite different batter, this time covering a breast of chicken, that was juicy and tasty. I seldom get chicken breast as moist as this and with such a splendid batter the dish was worth another 10. I tasted the terse-fleshed langostinos and the salmon tataki was a generous portion and perfectly grilled. Both desserts, a brownie and a pannacotta, were scrummy.

Restaurante Brondo Urban Architect Hotel, Calle Brondo 4, Palma. Tel:971-971-720507. If you go into Calle Brondo from Plaça Rei Joan Carles, you come to what looks like the entrance to the hotel. But it’s not. The entrance is one door along and it has a gigantic 4 nailed to the left hand side of the wall.

We had two €16 menús del día and I had a caña that cost €2.20. So the bill came to €34.20. My friend, who drives and always has water, was served a large jug of water with thick slices of lemon and orange. There was no charge. I forgot to ask if that was because my friend drank only one glass or if the jug of water is always on the house.