Xmas spirits - Hot drinks at the start of a Christmas meal

The ancient tradition of wassailing, to go from house to house in snowbound villages singing Christmas carols, as depicted on so many festive season greetings cards, will soon be with us in many parts of England.

The spiced ale or wine that used to be a feature of England’s Christmas Eve and Twelfth Night celebrations, is called wassail. This word, which has several meanings, comes from the Old Norse ‘ves heill’, meaning ‘be in good health’.

This was the salutation that was once used when giving a guest a glass of wine or other drink. Wassail eventually came to mean mulled wine or any hot drink taken during the Christmas festivities.

And as carol singers going from house to house were invited indoors for a hot drink, this most delightful of English Christmas customs became known as wassailing.

“A jolly wassail/A wassail of good ale…” says the song, but the wassail could also be mulled wine, hot buttered toddy or, in more recent times, a liqueur-laced coffee. 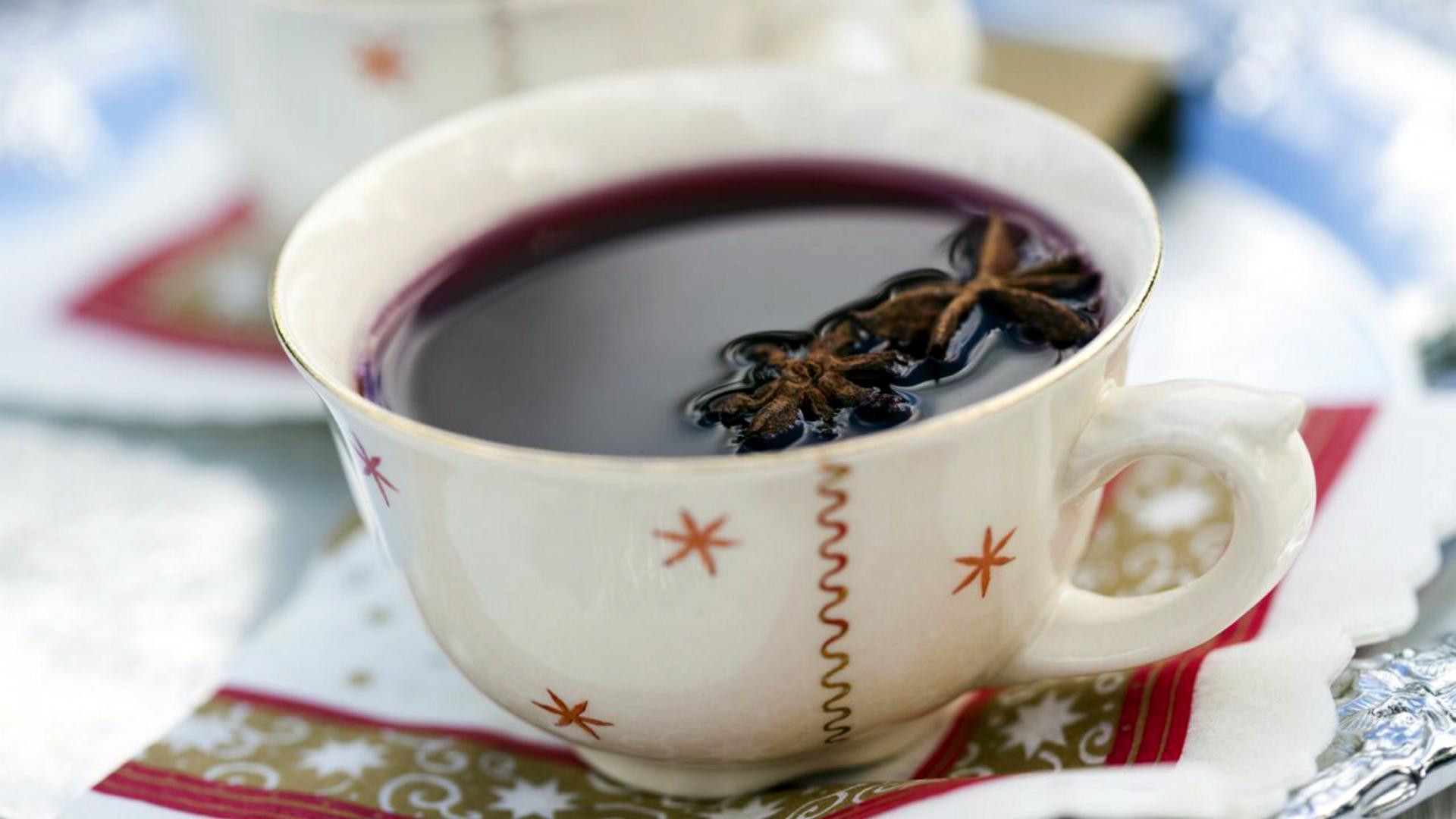 The tradition of hot drinks to start off a Christmas meal almost completely died out, but in recent years it has has been finding its way back into some family festivities.

That’s not surprising because on cold winter days and nights it is most comforting to sit beside a source of heat (preferably a log fire) and sip hot mulled wine.

Mugs of hot wine, spicy toddies or a steaming hot punch not only kindle an inner warmth, they also create good vibes all round.

Mulled wine is made by heating red wine with sugar and spices. A nice dash of spirits is sometimes added.

Although mulled wine is easy enough to make, it is essential to get everything to your liking: temperature, strength, flavour and quantity.

It is so easy to get it wrong in every department, including finding the bowl empty when several guests were looking for a refill. You can just as readily end up with more leftover mulled wine than you know what to do with.

For a basic mulled wine, heat one bottle of red, a small sliced orange, eight heaped teaspoons of sugar and a few cloves.

When very hot but not boiling, add one glass per person of rum, brandy or liqueur and 450 mls of very hot water.

Taste to check the flavourings are to your liking, stir well and ladle into mugs or glasses, grating a little nutmeg over the surface.

The wine should be a reasonably good one that is soft and smooth, because the heat will bring out any latent acidity.

The above measurements are purely personal. You may want to add more sugar, or use brown sugar instead of white, or you may prefer cinnamon to cloves, or one of the other warm spices. The choice is yours.

But when trying a new recipe you should always go easy on the spices to begin with. You can always add more if you want to.

A more elaborate version can be made by mixing a bottle of red wine,1.5 cups of rub port, half a cup of plum brandy, a thinly sliced unpeeled lemon and orange, four pieces of cinnamon the length of a little finger and six whole cloves.

Bring the mixture to the boil over a moderate heat and simmer very gently for 15 minutes. Transfer to punch bowl previously heated with boiling water. 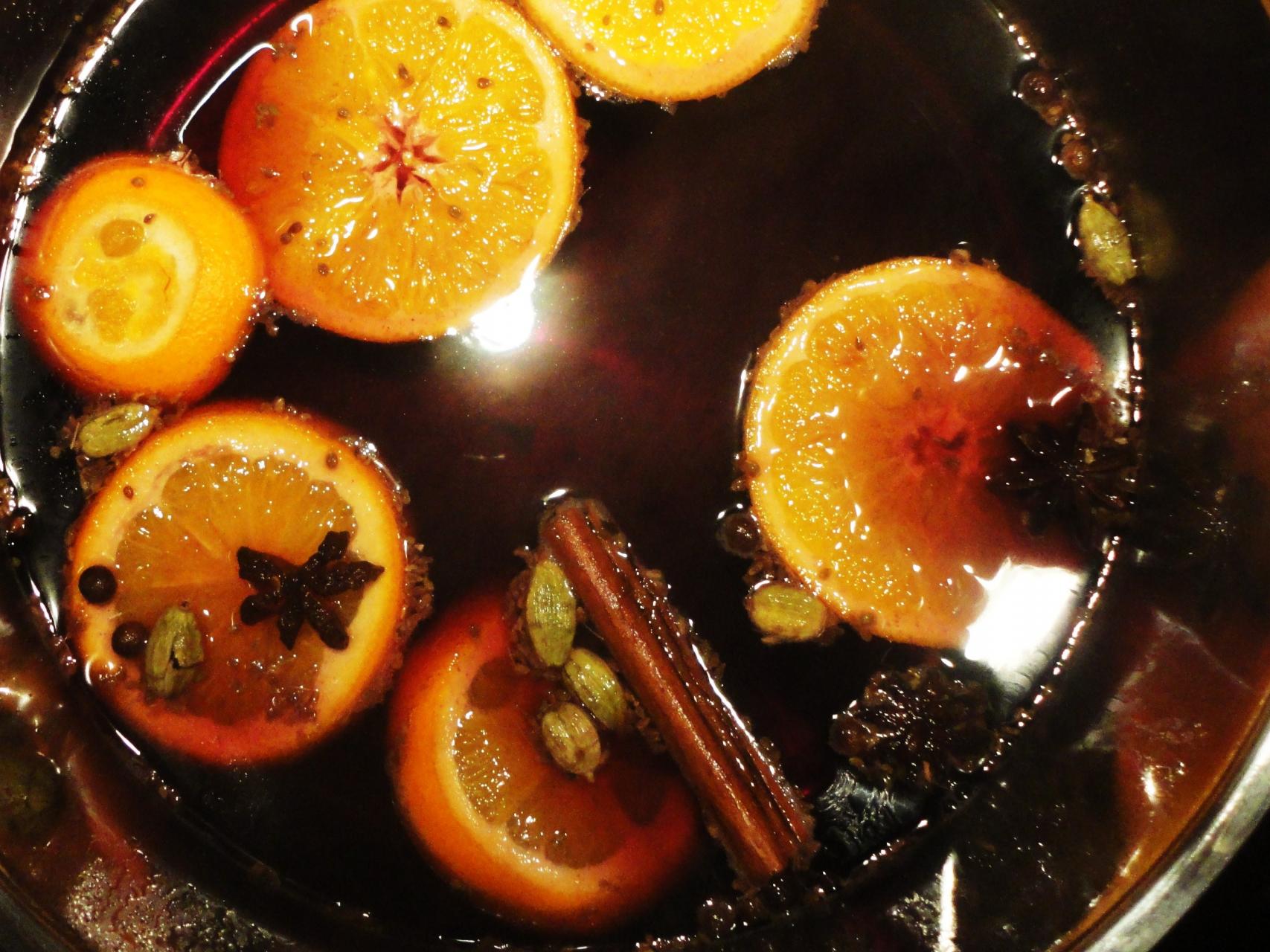 British sailors invented the hot toddy as a way of keeping warm on chilly watches at sea. The sailors had no option but to make their toddy from ingredients that were aboard the ship: their daily rum ration, sugar and limes or lemons, which were in the store cupboard to help prevent scurvy.

The sailors didn’t have spices at hand, but as toddies became popular with the general public, other spirits such as whisky and brandy were used, and cloves, cinnamon and other spices were added for extra flavour.

We have long since known that the sailors were wrong in thinking that toddies helped to keep the cold at bay.

Any kind of alcohol speeds up hypothermia by forcing blood to the surface of the skin, thus anaesthetising the drinker from the effects of the cold.

If enough alcohol is taken, and exposure to the elements is prolonged, low temperatures can quickly kill.

But on a cold winter night, when we are indoors and seated by a glowing log fire (or some other source of heat) then soothing hot mulled wine and spicy toddies are delightful drinks.

Hot toddies have an advantage over mulled wine: they can be made in moment and in individual measures.

For a basic single shot toddy, put two teaspoons of sugar in a heated mug, add one teaspoon of fresh lemon juice and stir to dissolve the sugar.

Add one shot of whisky, rum or brandy, top up with boiling water and stir. How big is a shot of whisky? How big do you want it to be?

Some people prefer hot buttered rum, a variation on the toddy theme. In a suitable bowl mix 100 grs of softened butter with 100 grs of soft brown sugar until you have a light and fluffy mixture.

Add a scant half teaspoon each of nutmeg and cinnamon, a quarter teaspoon of ground cloves and a pinch of salt.

For each drink put two teaspoons of the butter mixture into a warmed mug, add dark rum to taste, and top up with boiling water.

A famous Scottish drink made with beer is called het pint, meaning hot pint. Here is the Glasgow version, suitable for a festive season gathering.

Add this mixture to the beer, making sure it doesn’t come back to the boil to avoid curdling the yolks. Add half a pint of whisky (malt is best but a blend will do) and continue to heat until the mixture nears boiling point. Serve in warmed mugs.

Make the het pint as quickly as possible, otherwise much of the alcohol will be lost in evaporation. No Glaswegian would want that to happen.

The Blue Blazer is another of the hot drinks that can be made in individual measures. In a warmed heavy mug combine one tablespoon of honey and half a mug of boiling water.

In another warmed mug ignite half a mug of warmed whisky. Pour the flaming mixture into the honey, then pour the mixture back and forth until the flames go out.

Pour the Blue Blazer into a suitable warmed wineglass and garnish with a thin slice of lime or lemon.

Alice B.Toklas wrote a cookbook with unusual recipes as well as interesting details of her stay in France with life-long partner, writer Gertrude Stein.

She writes of a variation on the hot toddy theme given to her by Princess de Rohan, although the original recipe is attributed to French novelist Gustave Flaubert.

Toklas calls it ‘a hot toddy for a cold night’ and the recipe comes from the 18th century Auberge de Vieux Puits, at Pont Audemer.

Put two small glasses of calvados and one of apricot brandy into a small saucepan. Heat over a flame and pour into a warmed glass. Slowly add one small glass of liquid cream over the back of a spoon. Do not stir. And drink sooner rather than later.