Trio of pastas was so delish

Most of the poverty cooking dishes are based on pasta, polenta, rice and root veggies

The dish of lovely plump mussels with spaghetti. | Andrew Valente

There are few things I like better than a restaurant dish that’s so good and interesting I must go into the kitchen next day and attempt to repeat it. They are my favourite kind of dishes.

We had a trio of pastas that were so perfect in every way that making them at home was immediately on the agenda — and as soon as possible. But not for me, for my daughter.
We were at Restaurante Ambra on the fringes of La Lonja and the reason we were having three pasta dishes is that my daughter is almost as much a pasta freak as I am and she never says no to a dish of spaghetti.

In recent months I haven’t eaten as much pasta as I usually do, and I had very much wanted to go to a real Italian restaurant and share three pasta dishes. Ambra is the ideal place for choosing a pasta trio because cook-owner Luca really knows how to cook and serve it. 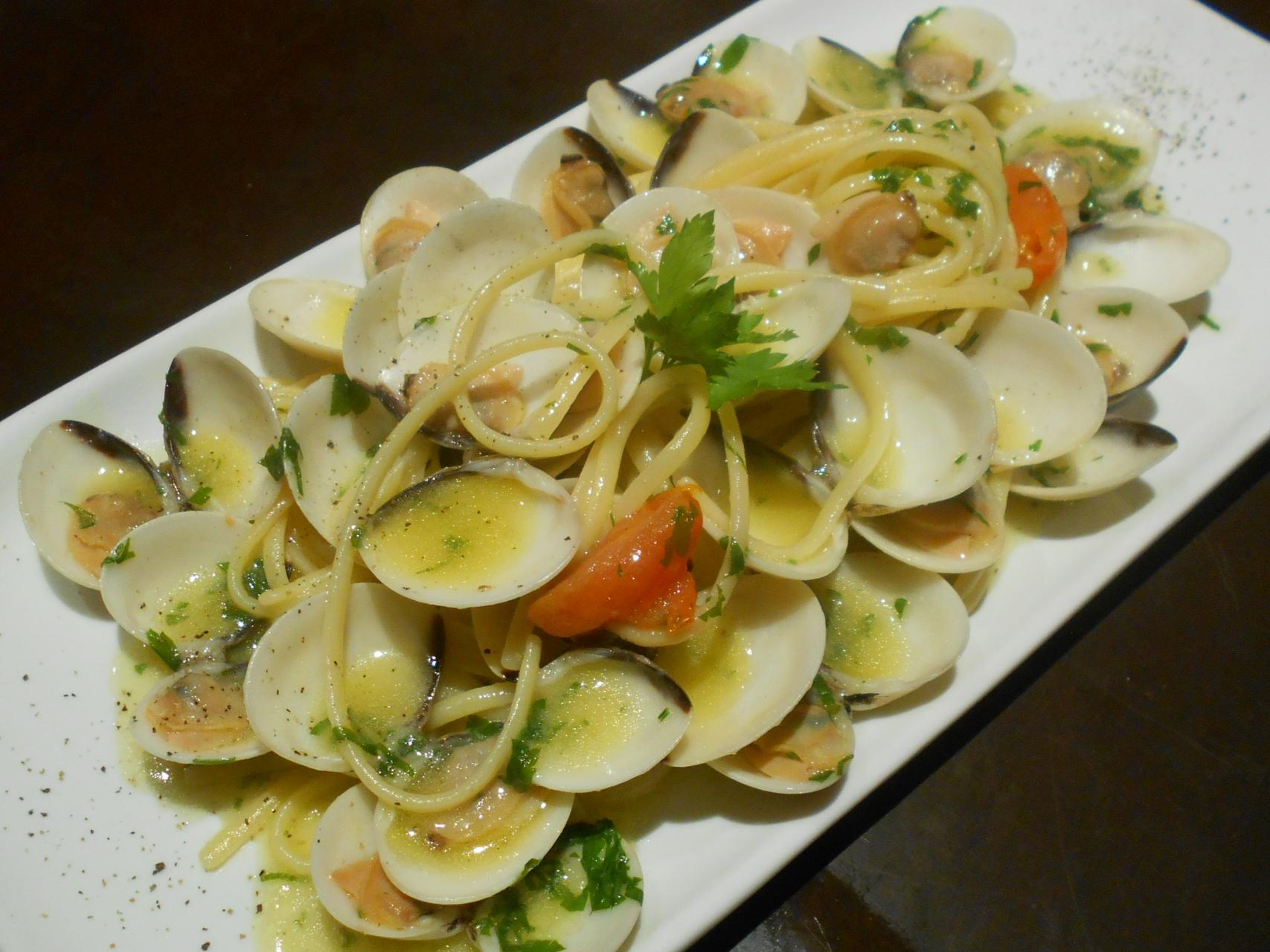 As always when I go to a restaurant to do the review, I was on the lookout for a dish that is photogenic because that’s what I need for the main picture.

To ensure an attractive dish with volume and colour, I asked Luca to do an off-the-menu spaghetti dish with mussels on the shell. For an expert like Luca, that was an easy peasy request.

For my daughter, this dish was a complete revelation as she had never eaten pasta with mussels on the shell — or off the shell. She was fortunate, because this was a splendid first encounter with mussels and spaghetti on the same plate.

Luca had cooked the mussels beautifully and each one was plump, juicy and with the tingling fresh taste of seawater that is the hallmark of a really fine dish of mussels.
After my daughter had tasted a couple of mussels and two forkfuls of pasta, she was absolutely enthralled. She positively studied the dish with her eyes and palate, taking note of how Luca had cooked the pasta and mussels and

put them together. “I’ll be doing this dish the day after tomorrow,” she said gleefully.
My daughter is a good cook but she has a limited repertoire. She doesn’t actually like cooking, but has done it in her roles as wife and mother. 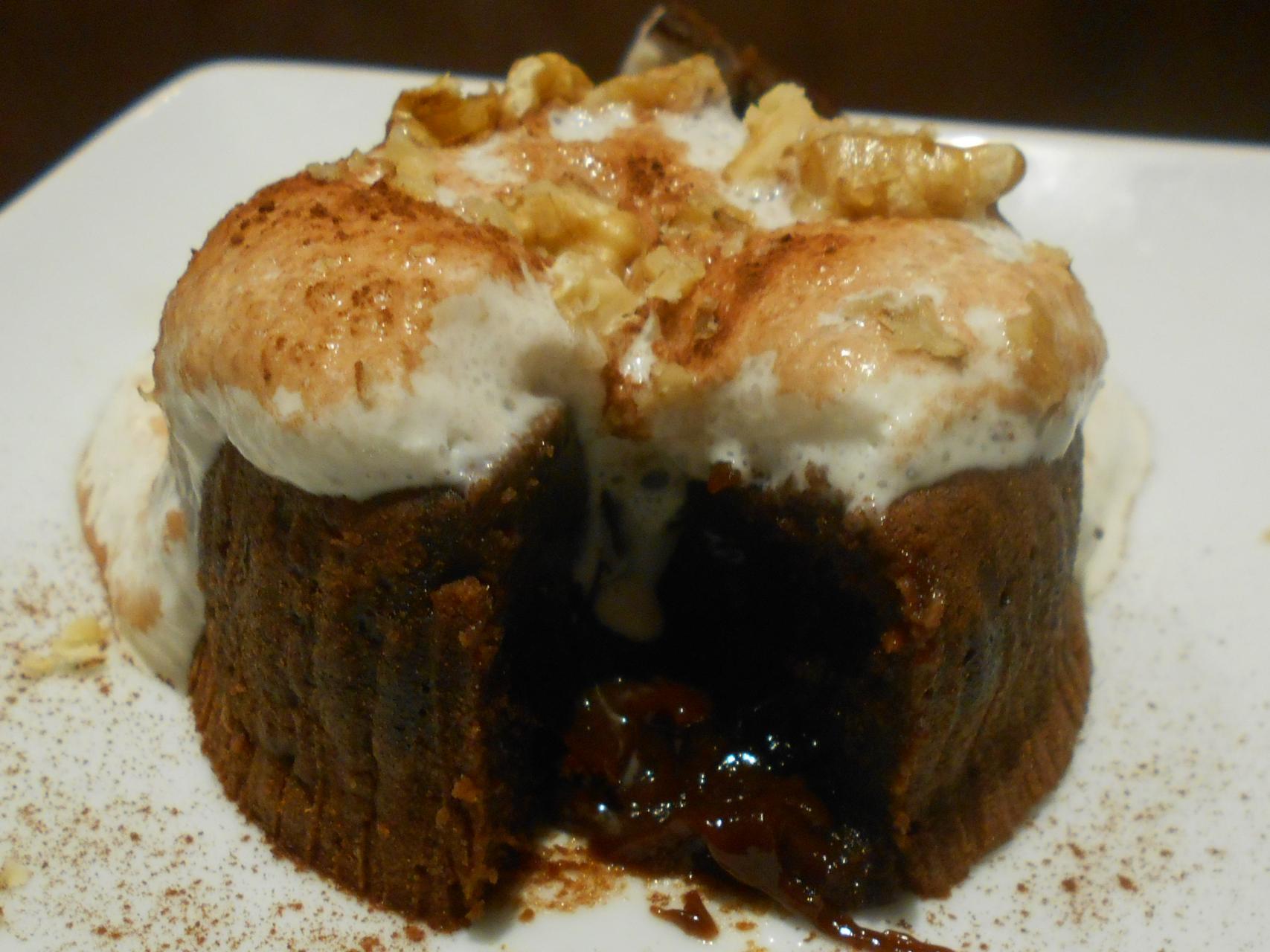 She is a visual kind of person and prefers to see a recipe being done on YouTube than reading about it in a cookbook. Even so, I’ve told her how to get the mussels plump and juicy and warned her that she’ll have to follow my instructions to the letter if she wants her spaghetti with mussels to be as good as Luca’s.

I found Luca’s dish was perfect in every way, with no complaints about the mussels, the spaghetti or the light tomato-based sauce. When that happens I always give the dish a 10 rating. I’ll judge my daughter’s dish with the same exactitude as I did Luca’s. It’ll be interesting to see what kind of rating she gets.

In the Middle Ages poverty was rife in every European country. Those of us who have read Dickens have a good idea of how the poor lived in London. In some places it was even worse. 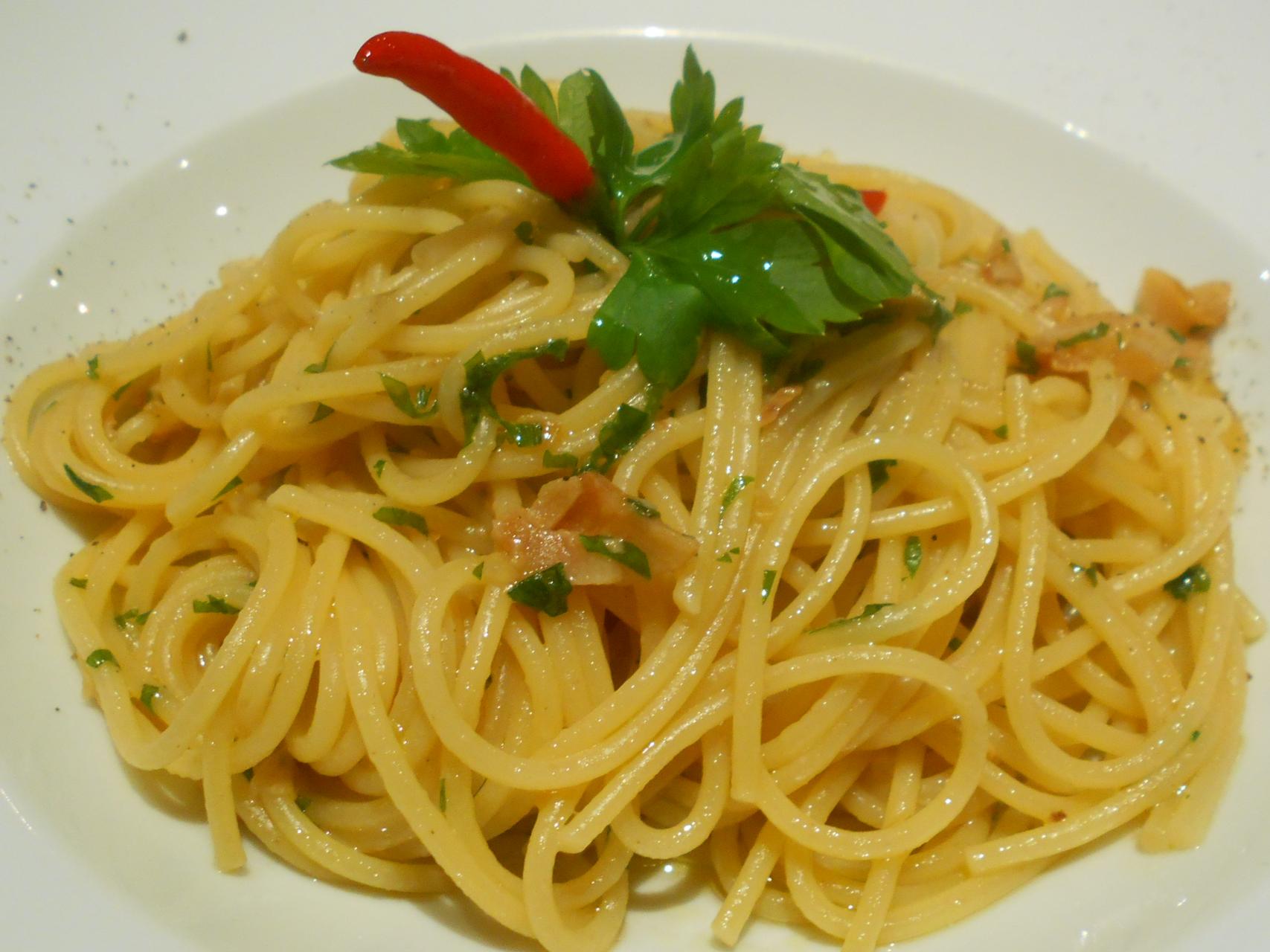 Penury was especially widespread in Italy but the Italians were better than others at concocting tasty dishes that filled bellies at very little cost. Italian cooks were so inventive at preparing tasty food on a very skimpy shoestring that this style of cooking became known as ‘la cucina povere’ — or poverty cooking.

These two batters take some beating

Most of the poverty cooking dishes are based on pasta, polenta, rice and root veggies — with pasta being the favourite because it could fill us more quickly and for longer than any other product. And was cheaper.

In the old days, short pasta for soup was sold from thick brown paper sacks stacked against the wall behind grocery shop counters.

When each bag was down to its last few scoops of pasta, the dregs were tipped into a bag that eventually was filled with a mix of soup pasta with different shapes. This was sold to the poorest customers at a lower price.

When the dishes of Italy’s ‘cucina povere’ started to become popular as people looked back in nostalgia at cooking of the bad old days, a Naples manufacturer brought out packets of soup pasta of different shapes. They are used in minestrone-like dishes with root veggies and beans.

One of the most popular of the ‘cucina povere’ pasta dishes is spaghetti with peperoncino (fiery little chillis) and sliced garlic gently sautéed until crisp and of a nice golden colour.

Luca did his version with small fresh red chillis snipped into tiny pieces, slices of golden fried garlic, lots of good olive oil and nothing else. My daughter had never tried this dish before and it absolutely astounded her: she hadn’t realised that something as splendid as this could be made with such humble ingredients. I recognised it as one of the very best peperoncino spaghettis I’ve ever had and gave it a 10.

In coastal areas where clams could be gathered for free, the white version of linguine with vongole (without tomatoes) was another ‘cucina povere’ speciality because the clams didn’t cost anything. 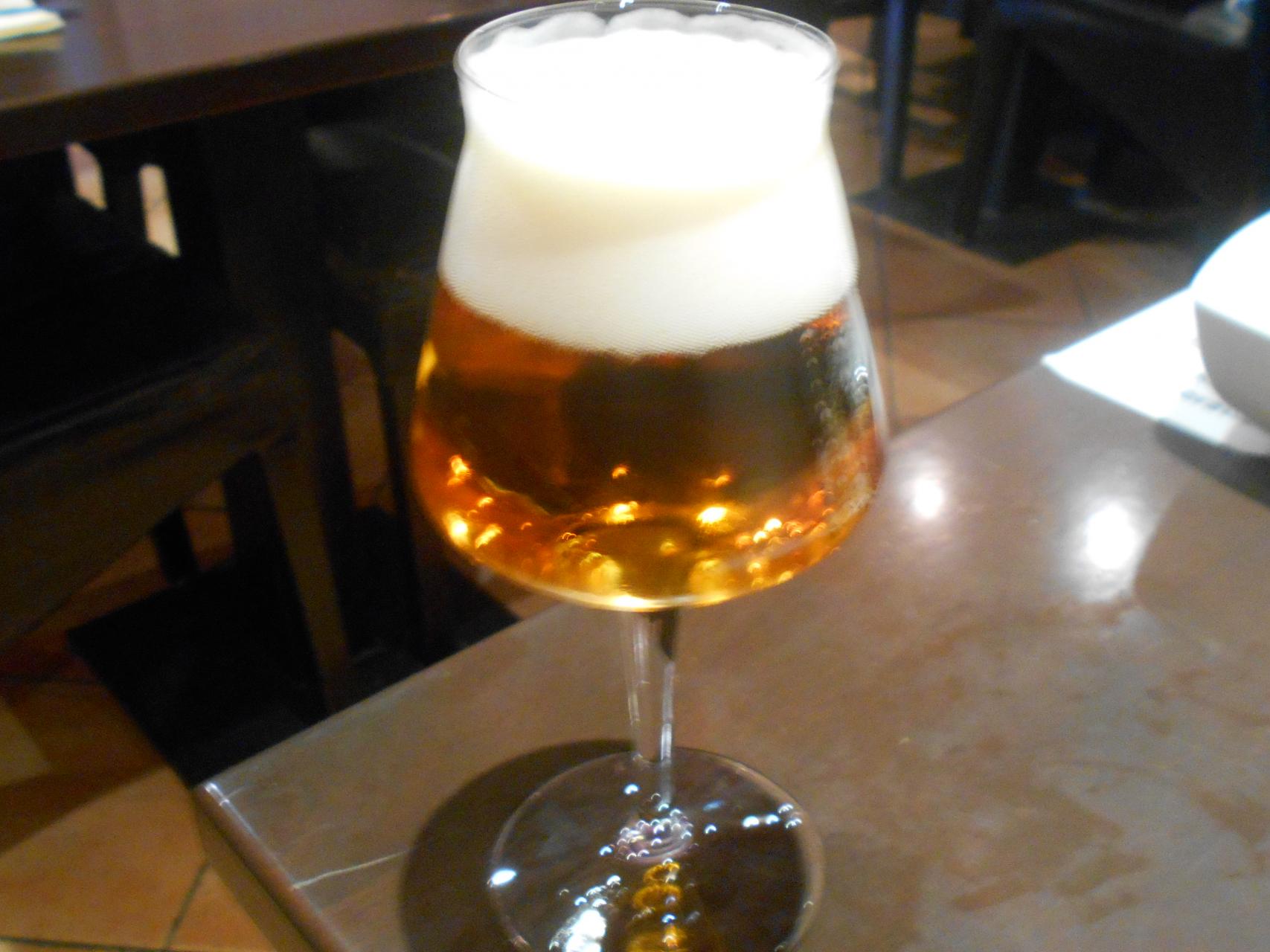 My daughter also fell in love with the linguine vongole and added another dish to her somewhat smallish repertoire of recipes. The clams were impeccable, so was the linguine, and I made it a triple 10 for the pasta trio.

Ambra is the kind of hidden-away little back street restaurant that people discover almost by accident and next day they rave about it to their friends. It’s a case of word-of-mouth being the best kind of advertising. Cook-owner Luca is from Umbria, the only region of mainland Italy that doesn’t have a coast line — it’s right in the heart of Italy. But that doesn’t stop Luca from knowing how to deal with mussels and clams. He handled both with great dexterity and his mussels in spaghetti with a light tomato-based sauce was a delight that won an immediate 10.

His clams in linguine with vongole were tender and juicy, the linguine perfectly cooked, and that was another 10. The dish of spaghetti with peperoncino and tiny slices of golden garlic could easily have gone wrong — but it didn’t and it also had a 10 rating. The only little error was that the chocolate coulant wasn’t in the oven for long enough and the filling was still soft and thick instead of being runny. A pity because it had a great taste.

It's not fair, long queues for taxis at Palma airport

It's a washout in Magalluf but not for long!

Fears of flight delays to Mallorca this summer