I woke up Monday morning and thought about Chernobyl. I was 11-years-old, and it was my mum’s birthday when Russians finally admitted that there had been an accident in the nuclear power station, 1,200 km from where I lived in Sweden. Monday morning, 28 April, 1986, two days after the accident, elevated levels of radiation were measured at the Forsmark nuclear power plant in Sweden. Initially it was thought to be a leak from one of the plant’s three reactors, and this was reported on radio and TV during the day. Around 600 workers at Forsmark were evacuated immediately. In the afternoon, Minister for Energy, Birgitta Dahl, held a press conference where she confirmed that there was no leak at Forsmark. The Soviet confirmation about the accident in Chernobyl came in a few hours later. 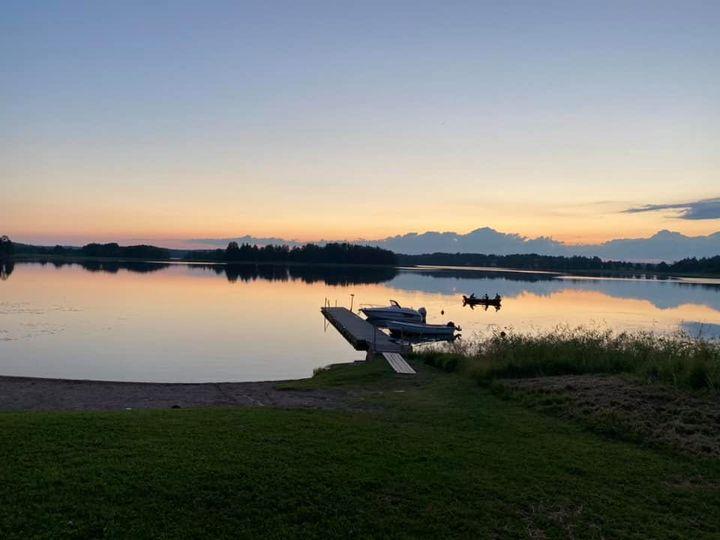 By that time, my family lived by a lake in the middle of Sweden, and the night of the accident the wind blew our way, and a cloud from the affected area reached our village and radioactive rain came down that night. My parents used to take our little boat out on the lake most afternoons when they came from work for a quick fishing trip, as we needed to keep the housecat, Garfield, happy with fresh fish for dinner. This stopped quickly. No more fish for us or the cat, the blueberries in the woods was left to rot and the fruit in the garden was not even edible for the animals. It’s been frustrating to follow the past week’s negative buzz from the warzone in Ukraine. I pray that similar things will not happen in this crazy war situation Putin has now put Europe in.

It is understandable that people are frustrated and scared. I want to push for anything positive and it is lovely to see that people want to help the people of Ukraine in any possible way. Someone mentioned it’s the first time in world history that over 500,000 people are fleeing a war zone in Europe, where local families in neighbouring countries are inviting refugees to stay with them instead of refugee camps.

I meet with my Ukrainian neighbour last Friday and I could see the sadness in her eyes when she was talking about her family and that they are refusing to abandon their homes in Ukraine. Even her mum and her dad who have an invalidity pension refuse to leave. She told me she was trying to persuade her parents to come here to live with her so they would be safe. I have seen some refugees have arrived on Majorca already last week, most have family here and stay with them. Waking up in Majorca is probably one of the safest places in the world and we are so lucky.

So for the lucky people in the world like us, there is a lot going on here on Mallorca. We are about to open a tourist season for the first time in three years with an ongoing war in Europe and it is difficult to keep your head straight. I feel it’s difficult to focus and I see that it’s not only me.

“I think I’m going mental,” a very worried friend said to me the other day. He explained that he had just started a new job after some time home on ERTE and pandemic disasters. Life was finally getting back on track for him, and this opportunity was something he had been looking forward to for quite some time. But starting a new career after two years at home and going out and attending clients in a professional way is not so easy when you have hardly have left home in the 24 months.

“First week on the job, I hit a lamppost with the company car,” he said. “I’m not used to driving anymore, as I have been keeping costs down and used my bike to save money. But the lamppost was there, and I didn’t see it, I broke the whole side of the car, not just one bump but the whole side, both doors and the back as well. The boss was very surprised when I came back so I offered to pay for the cost. That will probably affect most of my first paycheck. The day after I was stressing to do my chores faster in a house I was checking for a client and ran into an unmarked glass door of the terrace, it was so clean and see-through that I did not see it at all. I hit my face so badly that one tooth came loose and I was bleeding like I had been in a barfight. There was so much blood, that I got dizzy and slipped again and banged my head on the marble floor, I had to call in the cleaning team to help clean up my own blood.”

I reminded him that accidents do happen and that even before the pandemic, it was difficult to change career or start something new, and with a probable concussion it would have been wiser for him to stay at home for a couple of days for everyone’s sake.