Palma: A city for the future

The Mayor during the interview with Bulletiin editor Jason Moore. | JOAN LLADO

The Mayor of Palma, Jose Hila, is busy planning the future of the city. He wants Palma to be a “city for the 21st century...” and there are many ambitious plans in the pipeline. During an interview with the Bulletin this week he outlined his plans for the city as he marks three years in office.

“One of the biggest projects we have on the table is the tram-link between the airport and the centre of Palma. Funding has been secured for the project and it will happen,” he said.

This has been a project which has been on the drawing board for many years but it will be finally going ahead. In fact, the Mayor estimated that building work could start shortly. The idea is that the tram-link will ease traffic congestion along the busy airport motorway. It is all part of a plan to make the city more environmentally friendly. Hila said that in the 21st century the car was king in the city but in the “new Palma” green issues will be at the forefront. This is one of the reasons why the council has spent heavily on public transport.

While the tram-link could be described as one of the star projects there are other plans which should also get top billing. Case in point is the Paseo Maritimo, once the heart of Palma’s nightlife and a residential magnet it has declined over the years. But not anymore. The council is investing up to 150 million euros on giving the “Paseo” a facelift, with more park areas and the main road will be reduced to two lanes on either side. “We are working closely with the Port Authority, who have provided much of the funding, and work will begin shortly,” said Hila. This facelift for the Paseo Maritimo coupled with all the private investment in the Plaza Gomilla area should mean that this area will soon be returned to its former glory. 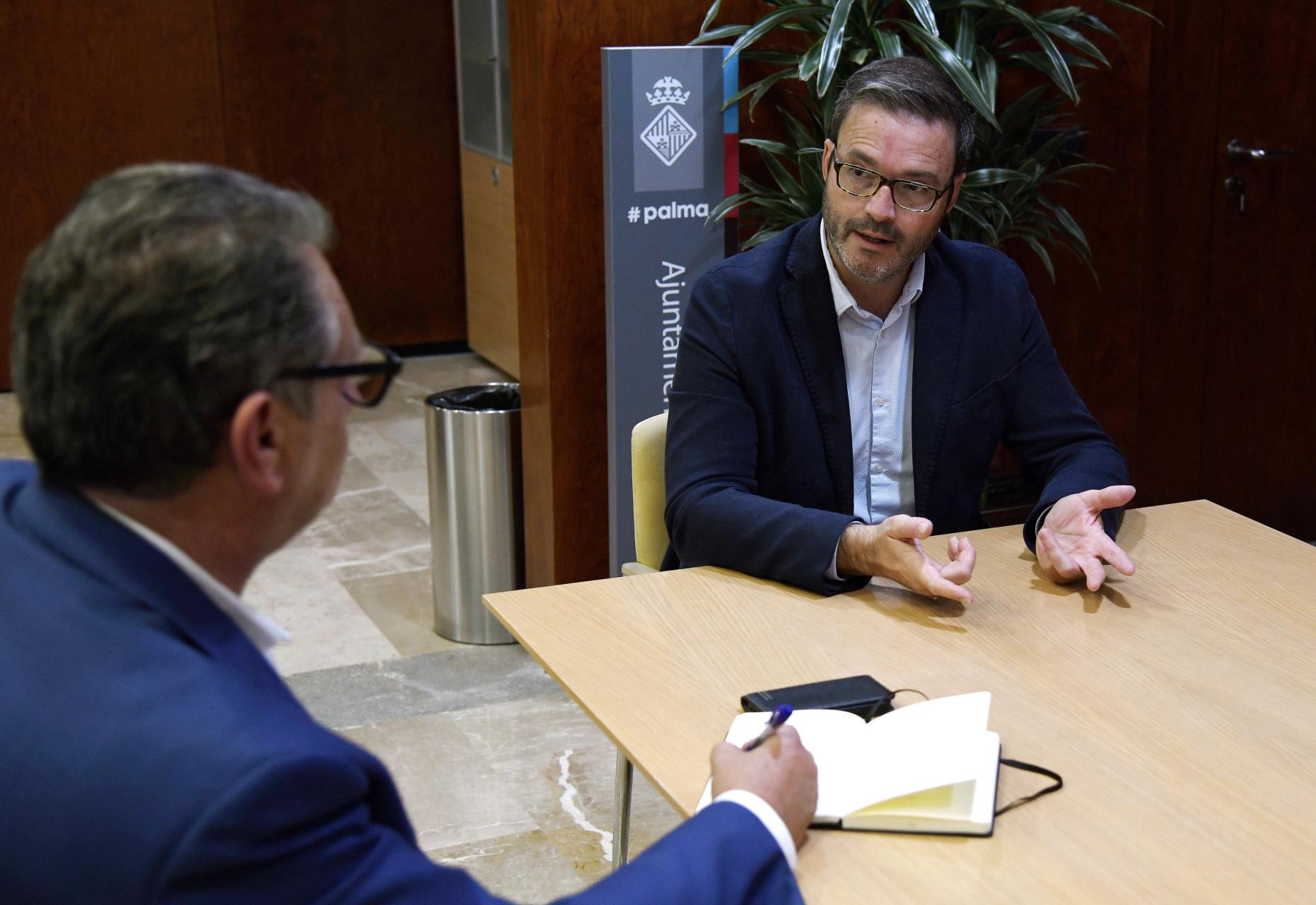 A few years ago the Sunday Times voted Palma as the best place to live in the world. “We didn’t need a newspaper to tell us what we all already know,” he jokes.

Since then some have tried to find fault with the city. One of the chief complaints is the amount of graffiti plastered on many walls. “The police have orders to deal with this problem and graffiti painting is a criminal offence and some have already been prosecuted. The council cleaning service (EMAYA) is on call to remove gratify on private buildings for a small cost,” he said.

The other “problem” which has been grabbing the headlines is social behaviour issues in Santa Catalina, the trendy part of Palma which is hugely popular with Scandinavian residents.

“We have included Santa Catalina in our summer policing plan for the first time and there will be more officers on duty at peak times,” the Mayor said.

“I think you can say that Santa Catalina has come to life again after two years of the pandemic. I don’t think is a new problem but we obviously take complaints from neighbours seriously and we are taking action....” 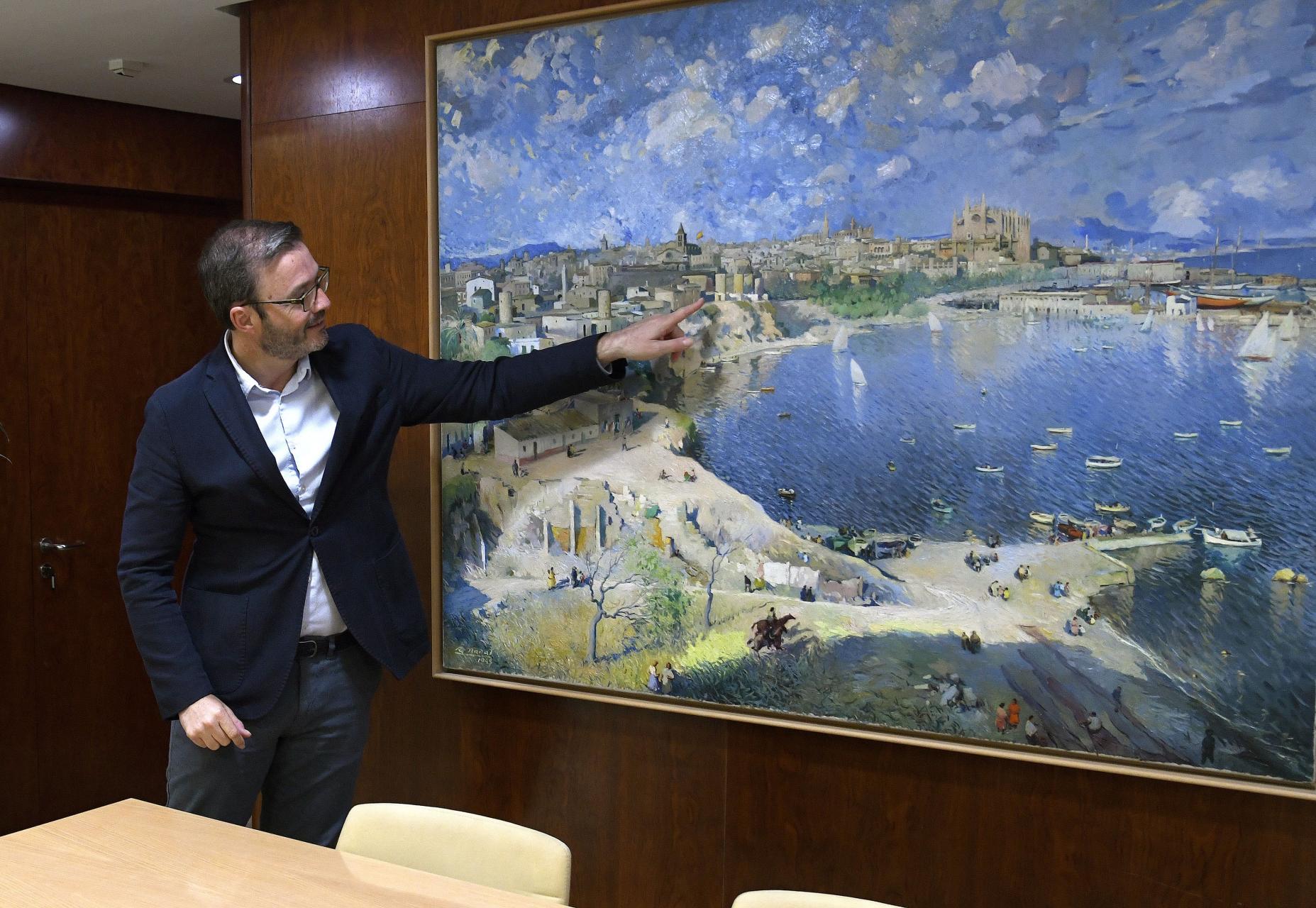 It is a similar case in the Playa de Palma, the biggest holiday resort on the island which comes under the responsibility of the city council.

“We will be announcing our summer policing plan for this area this week. There will be more officers on duty. My message to visiting tourists, is respect. Respect the people who live in the city.”

One of my biggest complaints about Palma is shopping opening hours. I believe, especially during the summer months, that more shops should open on Sundays to cash-in on the lucrative cruise line industry. Hila said that all small shops could open when they wanted, it was only the biggest stores which had regulated opening hours in an effort to protect small traders. When I asked the Mayor if he considered that more shops should open on Sundays, he said that everyone was entitled to a day off and “weekend family time.”

Palma is the tourist capital of Mallorca and action has been taken to control visits by cruise ships (maximum of three vessels per day). On the hotel front the council, as part of local government legislation has banned new hotels which are not in the luxury segment and also holiday lets of apartments has been outlawed so that there is a supply of rental properties for seasonal workers. Hila is proud that action has been taken on these fronts because he says that it makes the city a better place to live, work and visit.

As regards his greatest achievement during the three years? He says that without a doubt it was surviving the pandemic but also not standing still.

Hila is obviously proud of the city and what his council has achieved, now it is up to the people of the city to give their view in next year’s local elections.