There is plenty to do on Mallorca in the winter!

Here are just a few of the concerts, shows and sports events to see and take part in this autumn/winter

Race the amazing HALF MARATHON MAGALUF MALLORCA. Sport + holidays the tastiest cocktail for you and your friends! 🏃‍♀️🏃‍♂️🏖 👉 Amazing circuits (10 & 21 k) between the coastal zones of Magaluf and Palmanova​,Mallorca 👉 ​Extensive ​program​me of activities (pasta party, kids race, mile, etc.) 👉 ​Excellent facilities, including wide choice of accom​m​odations​, restaurants, shops, ​entertainment & other activities​.​ 👉 The best way to ​link your​ passion for the sport​ with​ your holidays 👉 A ​p​rofes​s​ional organisation​, dedicated to the athlete and of course all the services: timing, t-shirt, AG prizes,... Don't miss the opportunity to RACE in MALLORCA, register NOW! More info: www.maratonmagaluf.com | Youtube: Ice Calvia

Are you considering Mallorca as your winter get-away destination? If so, here are a few events that might interest you!

Everyone knows that Mallorca is a wonderful destination and the Mallorca Dance Festival will take place in the fabulous municipality of Calvia. Its landscapes and beaches are a privileged environment to enjoy the best combination of dance and relaxation.

On November 18, 19 and 20, the first edition of the Mallorca Dance Festival will take place.

3 full days of dance to transform Calvia into the world's dance capital. The World Championship Latin Senior III, the Spanish Championship of B and A, 22 International Competitions and two scoring trophies for the National Ranking will be up for grabs. 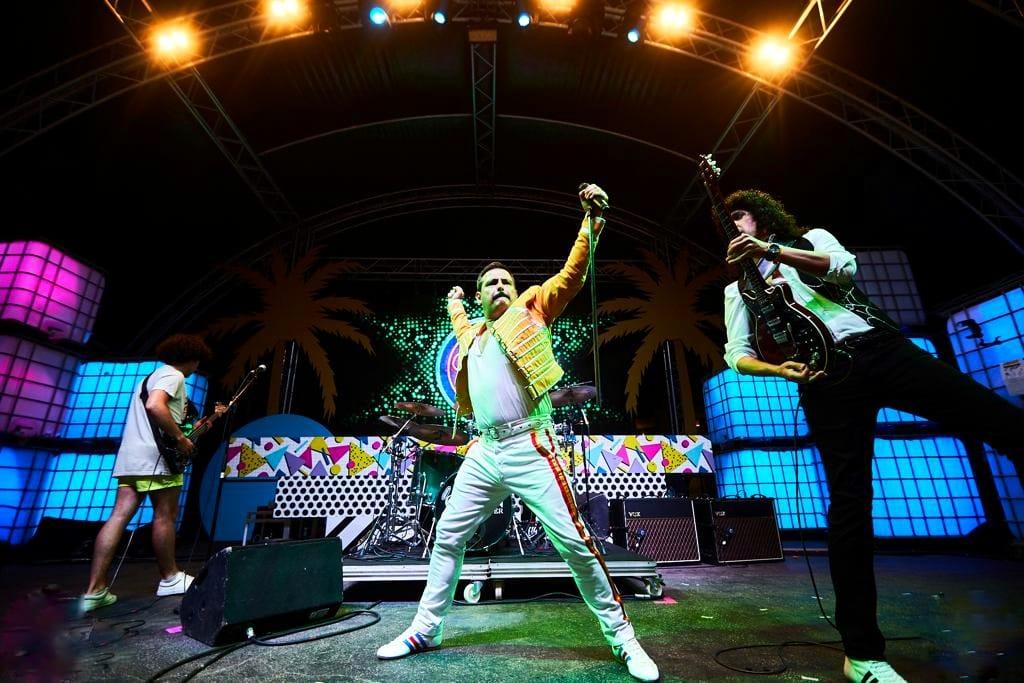 'Queen Forever' started 2022 with their new tour "Back to the light Tour" and this has taken them to visit the main European cities.

The Queen Forever Tribute project was born from an idea by Tolo Sanders (Freddie Mercury) and Adrián Pujadas (Brian May), along with Juanjo Amengual (John Deacon), Haritz Caperochipi (Roger Taylor) and Sebastián Raimundo (Spike Edney) to interpret the musical and discographic work of QUEEN, a classic of the 20th century.

With carefully crafted performances and meticulously designed staging, the band is fast becoming the most faithful tribute; the best Queen after Queen.

The International Ballet Company, an acclaimed company made up of soloists from Moldova, Ukraine and Italy among other countries, invites you, as part of its Winter Tour 2022 - 2023, to enjoy two of the most emblematic works of the classical ballet repertoire. 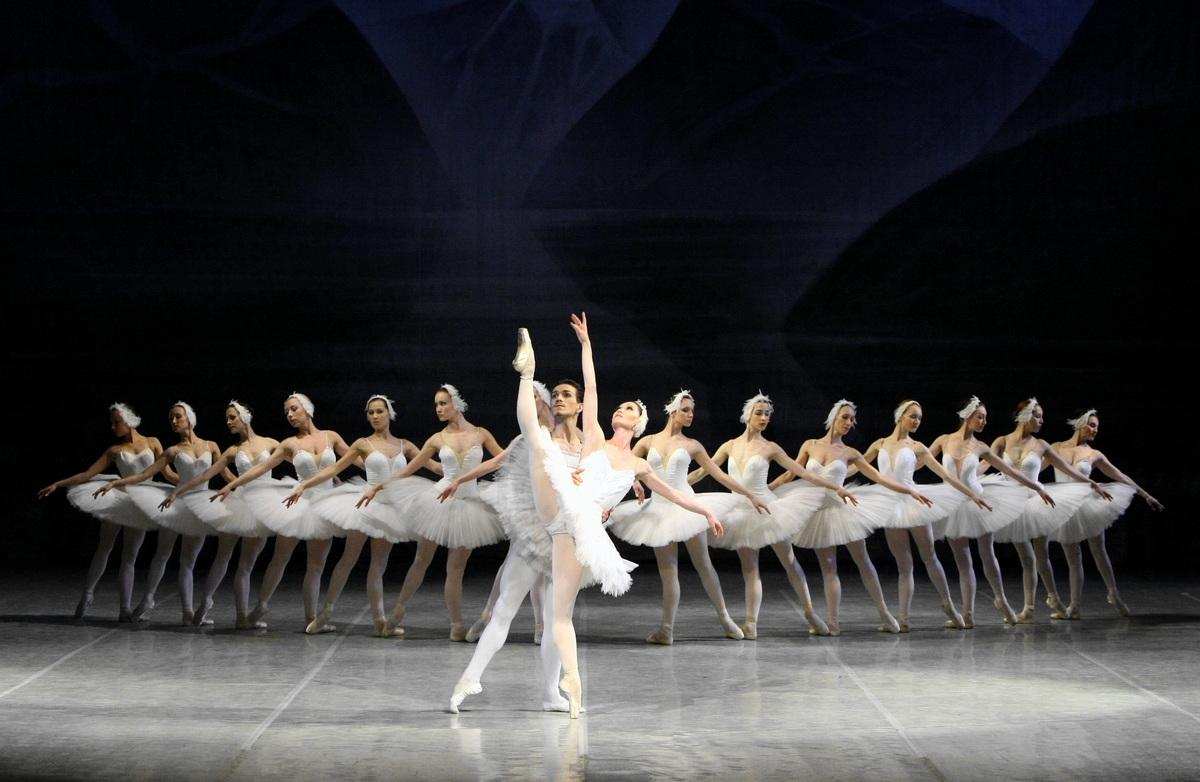 A masterpiece by Tchaikovsky and a classical ballet. A timeless legend that tells the story of Prince Siegfried who's in love with the beautiful princess Odette, who is bewitched by an evil sorcerer who turns her into a swan-woman. The strength of the love that the young couple feel liberates them from all evil spells. Soloist: Cristina Terentiev 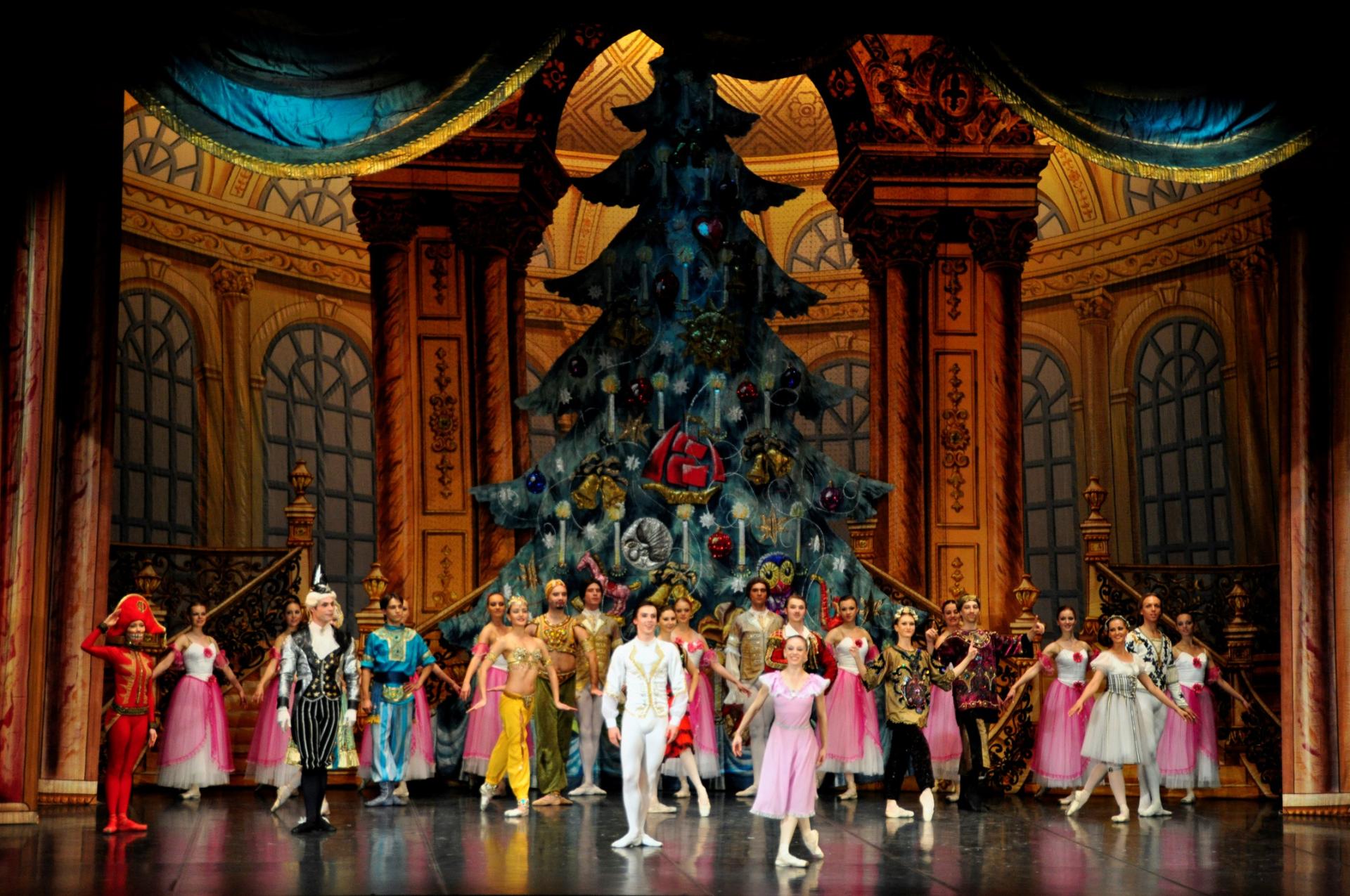 The "Nutcracker" on Wednesday, January 4.

Christmas is a big party at Clara's house, and all the children receive a present. Clara's beloved godfather gives her a beautiful Nutcracker doll.

When the whole family is asleep, Clara and her Nutcracker Prince, after defeating the army of the Mouse King, travel to faraway lands, have fun with magical snowflakes and sweets from different countries that dance for them. An unforgettable night, full of adventures and cute characters. Was it a dream?

Classical ballet for children and adults, a work that will captivate you with its beautiful story and beautiful technique.

Morgan has become one of the most beloved bands by audiences and critics alike in the past few years. They have won crowds over with their good taste when it comes to interpreting American rock, soul and R&B and an outstanding live performance that had to be part of Mallorca Live Nights. Morgan will visit the island to showcase its latest work, The River and the Stone (2021).

Morgan has won five Spanish Independent Music Awards and sold out shows at Teatro Circo Price and La Riviera in Madrid as well as their January 2020 concert at Teatro Real.

They will be at Es Gremi, where will see what Nina, Paco López, Ekain Elorza and David Schulthess have planned for “The River Tour”. 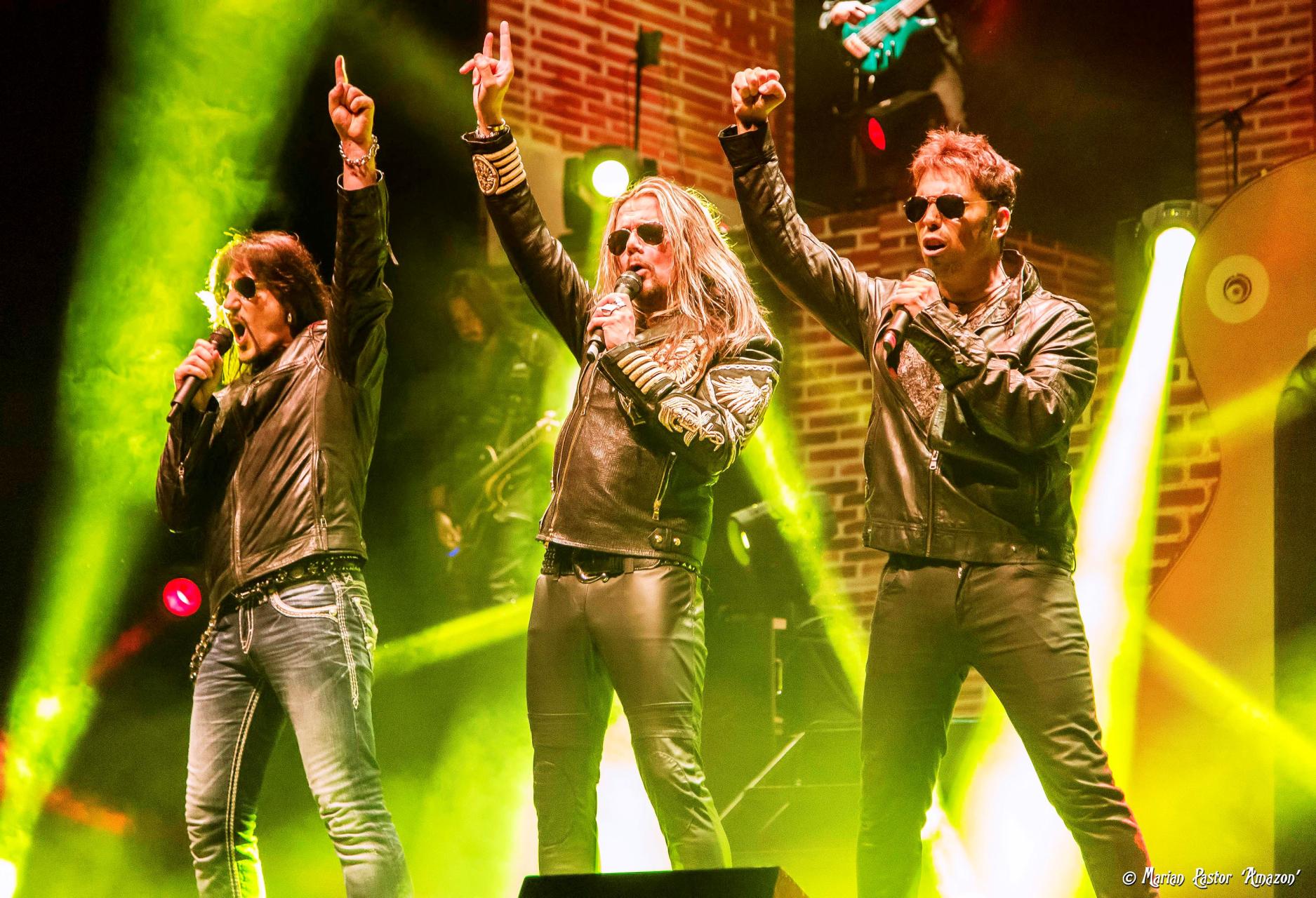 The creators of HISTORY of ROCK are back with a new show, new repertoire, new songs and new staging.

A powerful and thunderous show that spans from its origins in rock and roll during the 1950s to the present day. An exciting two and a half hour journey through the legendary songs of more than 40 bands.

Performed by a cast of extraordinary and powerful top international voices, accompanied by a powerful rock band, coming together to enjoy the greatest rock songs of all time.

HISTORY of ROCK 2 is a dose of adrenaline and rock in its purest form that will make the audience vibrate from the first to the last song, making it a unique experience.

What to do in Mallorca when the sun is not shining! 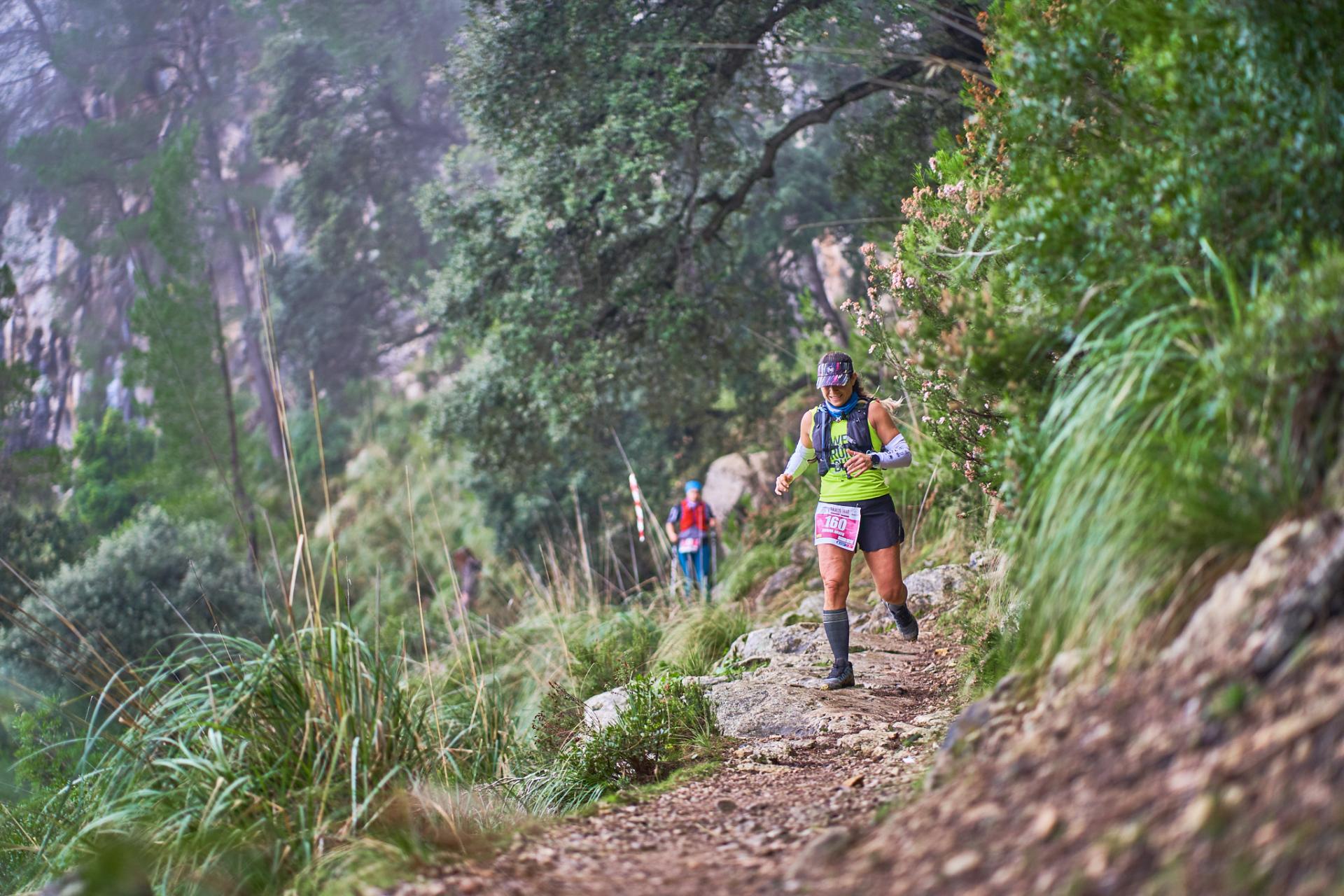 The GALATZÓ LEGEND is a mountain marathon race (43 km or 26.7 miles) that starts at Sa Vinya square (Es Capdellà), runs through the country estate of Galatzó and finishes at the same place. During the race the participants will ascend two of the most important peaks of the Serra de Tramuntana, Esclop (927m) and Galatzó (1027m).

The GALATZÓ HALF is a trail race designed for the enjoyment of mountain lovers who practice half-distances. It’s also ideal for those trail-running rookies looking for their first long distance experience. The course runs 100% on mountain trails and it starts and ends at Sa Vinya Square, in Es Capdellà. The course of the half marathon goes through some of the trails that connect the amazing Finca Pública de Galatzó. 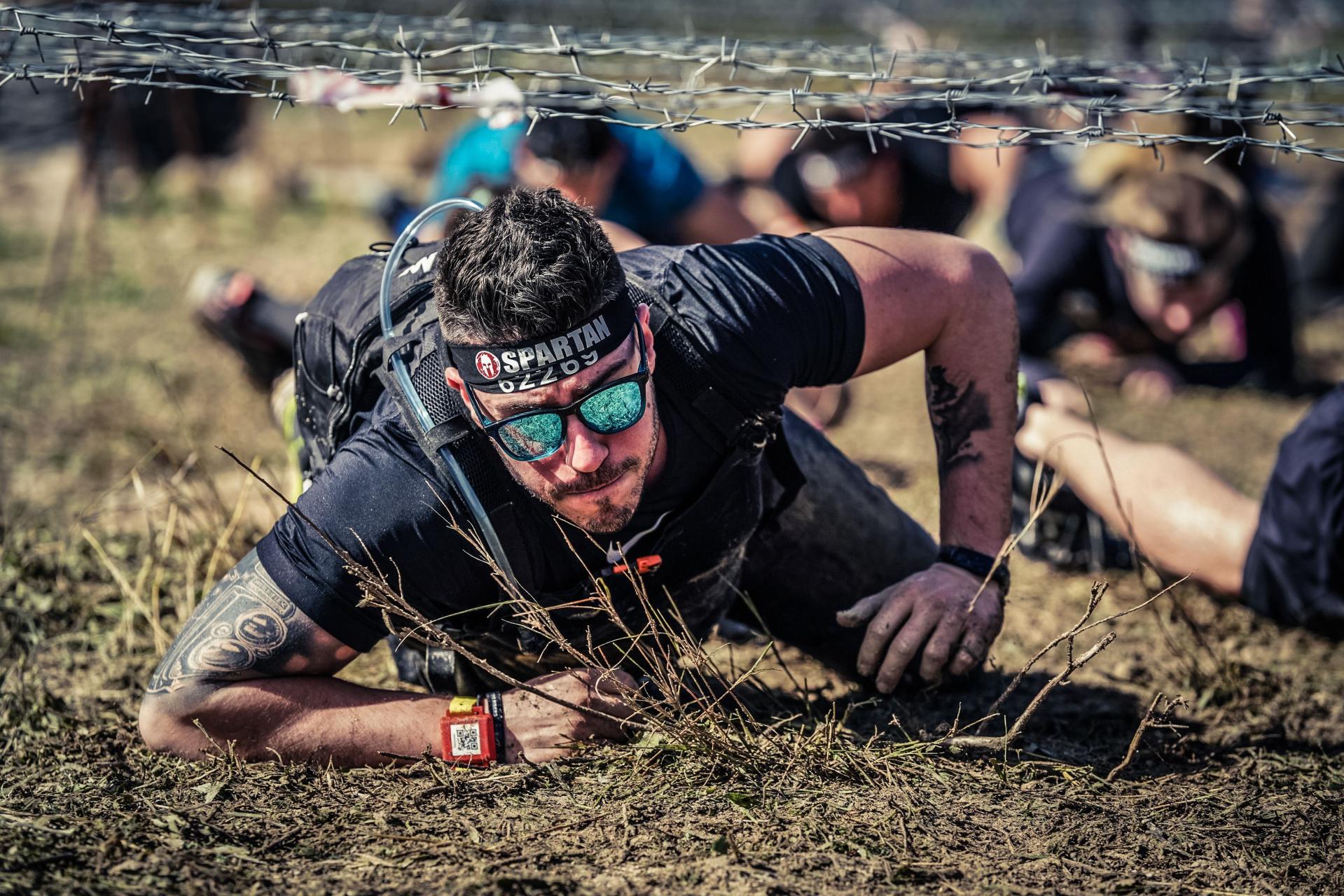 The ultimate obstacle race is coming back to Mallorca in 2023!

The Sprint combines relatively easy trail running with 20 obstacles, held on off-road terrain featuring water and mud along a 5-kilometre course, and is considered a short-distance race.

The Spartan Sprint is the first part of the Spartan Trifecta achievement, where participants are encouraged to complete 3 races, earning them The Ultimate Spartan Achievement.

The Spartan Super has 25 to 30 obstacles along 8 to 10 miles of rugged terrain, and is considered a middle-distance race.

The Spartan Super is known to be significantly more difficult than the Spartan Sprint.

There is also different levels of the race for children aged 4-15.

Spartan isn't just a race; it's an experience.

Participation fees start at 25€ - Sign up to take part at https://es.spartan.com/es/race/detail/7779/overview 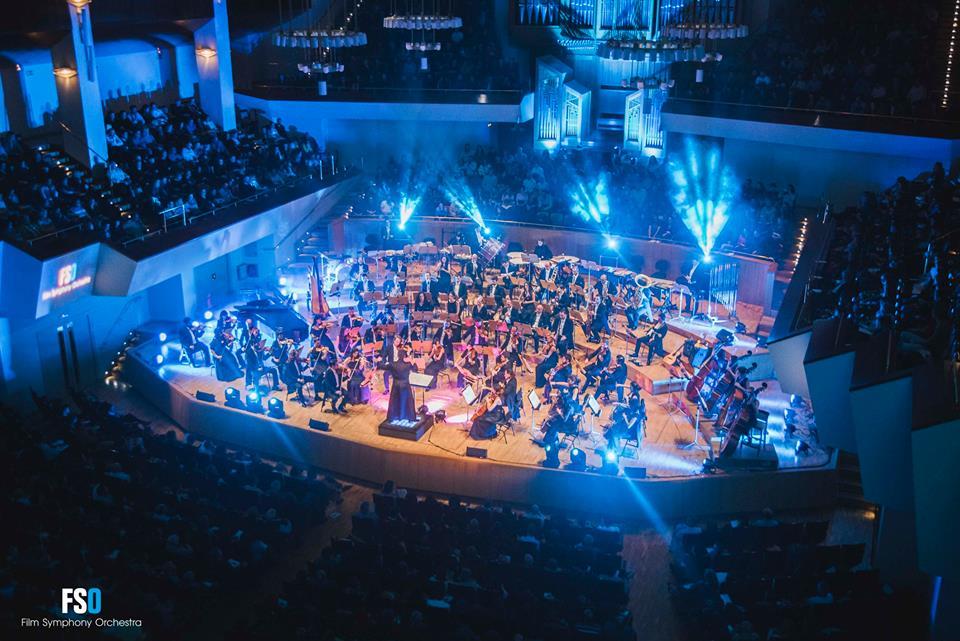 The Film Symphony Orchestra returns with an interstellar force of KRYPTON to captivate you with an impressive musical show based on the soundtracks of the best hero and superhero films in the history of cinema.

KRYPTON is, in short, a spectacular show inspired by the most emblematic musical themes of films such as Superman, The Dark Knight, Braveheart, Man of Steel, The Avengers, The Last of the Mohicans, Conan the Barbarian and many others.

Be amazed by this exciting musical journey led by the incomparable Film Symphony Orchestra and its charismatic conductor Constantino Martínez-Orts. Recommended audience: From 5 years old

Saturday, April 22 at from 6am (Magalluf)

On 22 April 2023 a new edition of the Half Marathon Magalluf will be held. This race is one of the oldest in Spain, with more than 36 editions.

The HALF MARATHON MAGALLUF offers you a fully urban courses located between Magalluf and Palma Nova. Coastal landscapes and incredible pedestrian walkways are the protagonists of the courses.

Route description: The route is known for its strong urban character, taking place in spectacular surroundings. A combination of coastal and inland areas in a mild climate in April. The race has been designed so that runners feel comfortable and can enjoy this beautiful route.

The race is run on sea level. Varied routes are on offer, some of them rather technical, combining different types of landscapes including coastal, urban, natural and residential areas with the final arrival at the amazing Athletics track Magalluf.

Registration starts from 12€ at https://maratonmagaluf.com/ 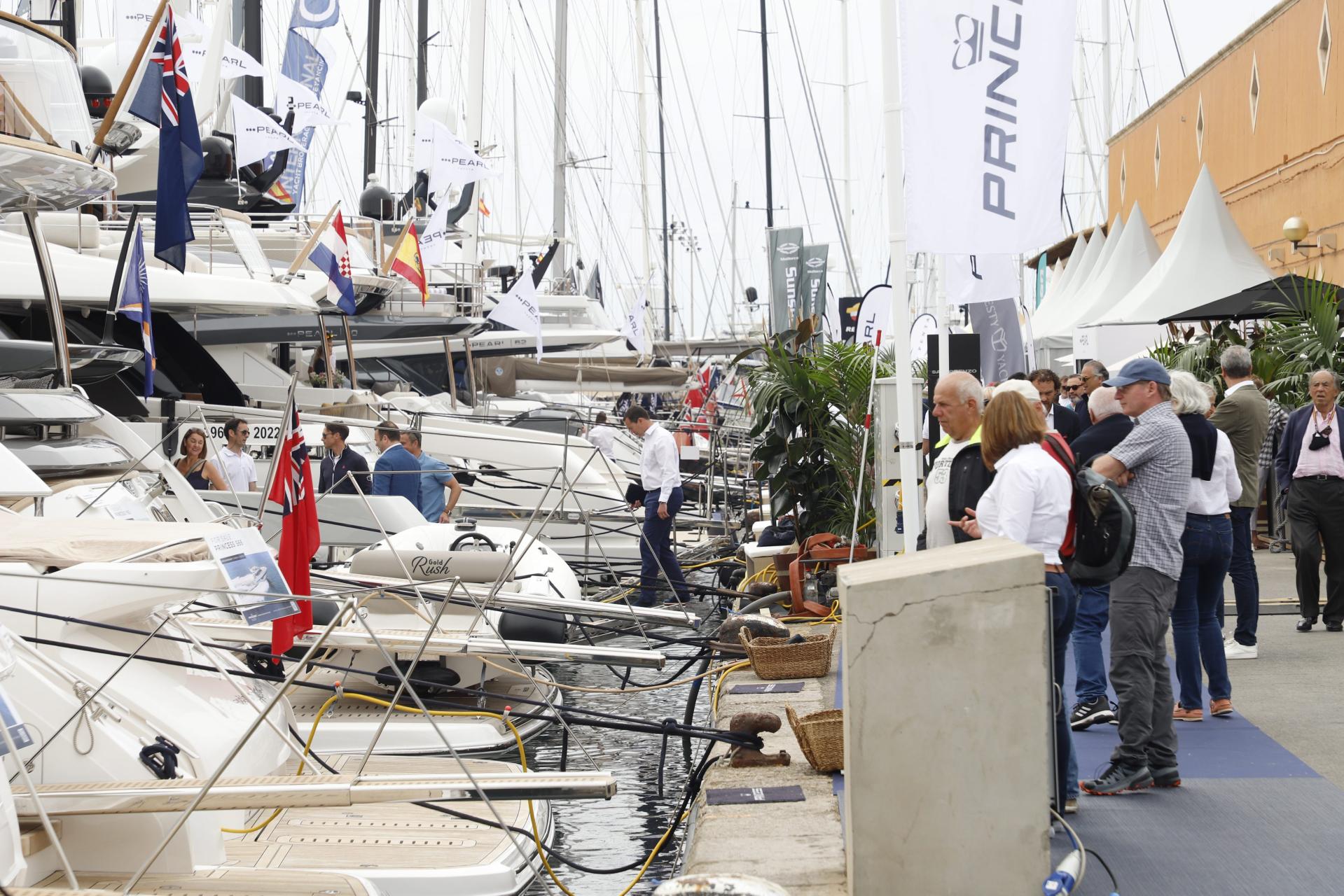 Dates for the next edition of the Palma International Boat Show have been revealed! The season-opening boat show will be held from April 27 to 30, 2023 in Palma’s Moll Vell.

Book to enjoy one of the most important nautical events in the Mediterranean!

Will you come back to Mallorca on holiday this winter?

Stan The Man | 6 months ago

Wonderful Article. At last Mallorca is getting more attractions for the Winter. The more the better. The weather can be good too.