The main aim, other than raising money, is to ride with a fantastic bunch of people, whilst thoroughly enjoying the cycling experience

Before first light on 7 October a substantial peloton of 6Points riders arrived bleary eyed at the ferry port in Palma bound for our sister island Ibiza. After an essential stop for caffeine and calories, they rode to the ferry and had the excitement of riding up a steep, slippery metal ramp into the Eleanor Roosevelt which, they joked, had been named for the contingent of riders who had traveled especially from the US to attend 6Points Ibiza. 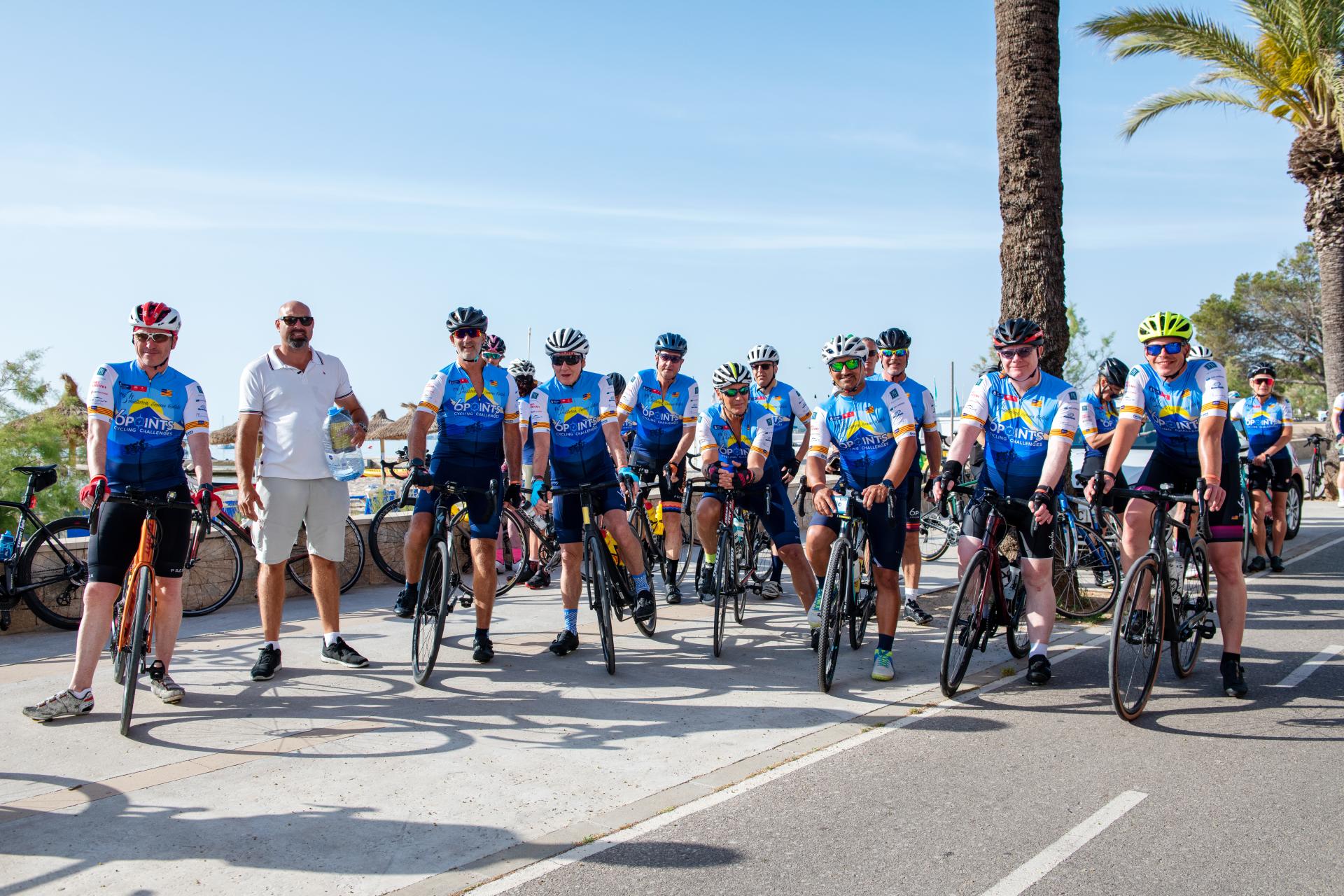 In contrast to the doom laden weather forecast the crossing was calm as they arrived in the picture perfect port of Ibiza town overlooked by its stunning Dalt Villa. 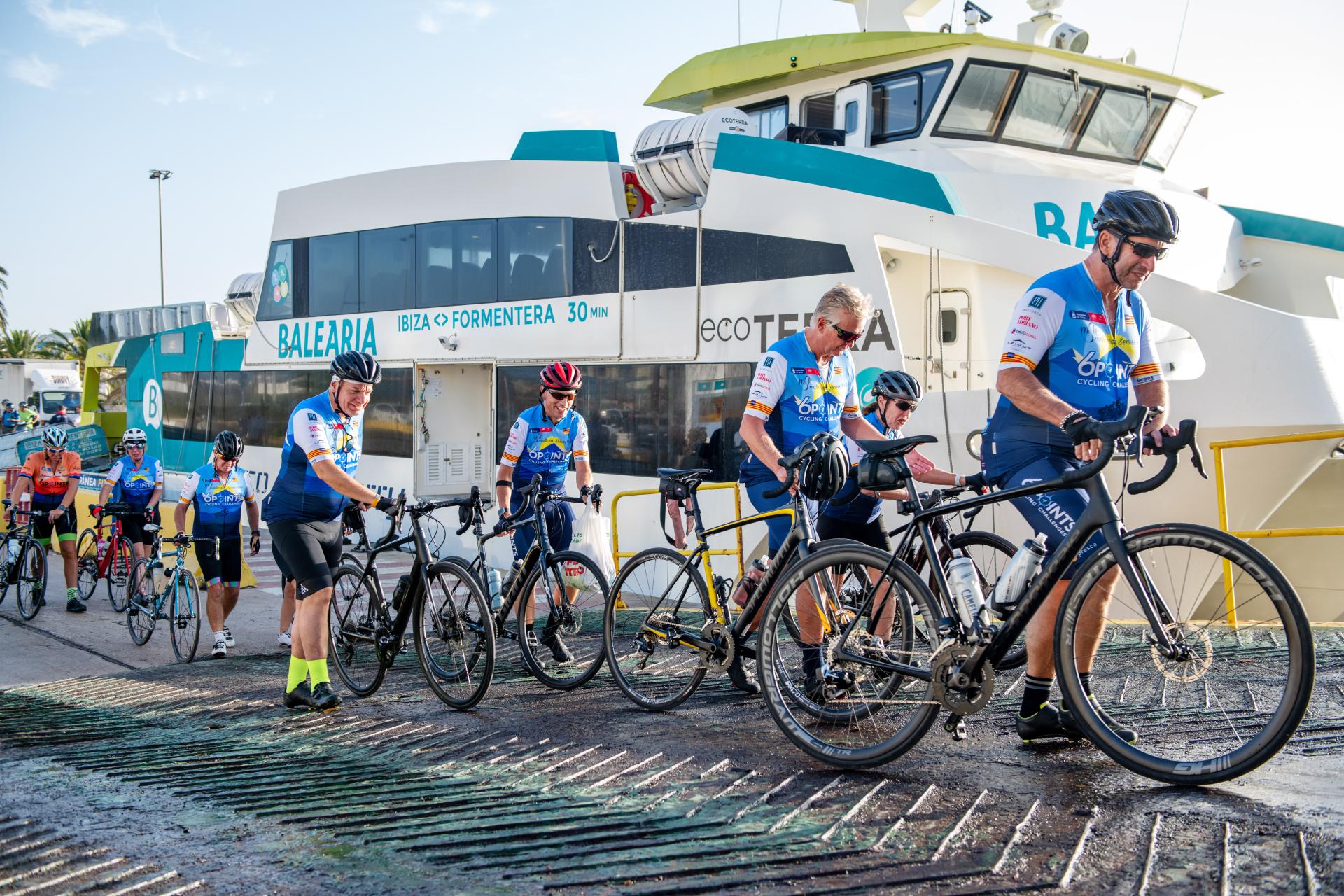 El Puerto Ibiza hotel welcomed the 30 strong invading party arriving with as many bikes, two support cars, two support teams and a photographer. This city centre hotel on a busy Saturday morning was a pretty chaotic scene! Lunch was at the waterfront Bella Italia restaurant before returning to the hotel, to change into their 6Points jerseys and set off on Stage 1 of 6Points Ibiza. 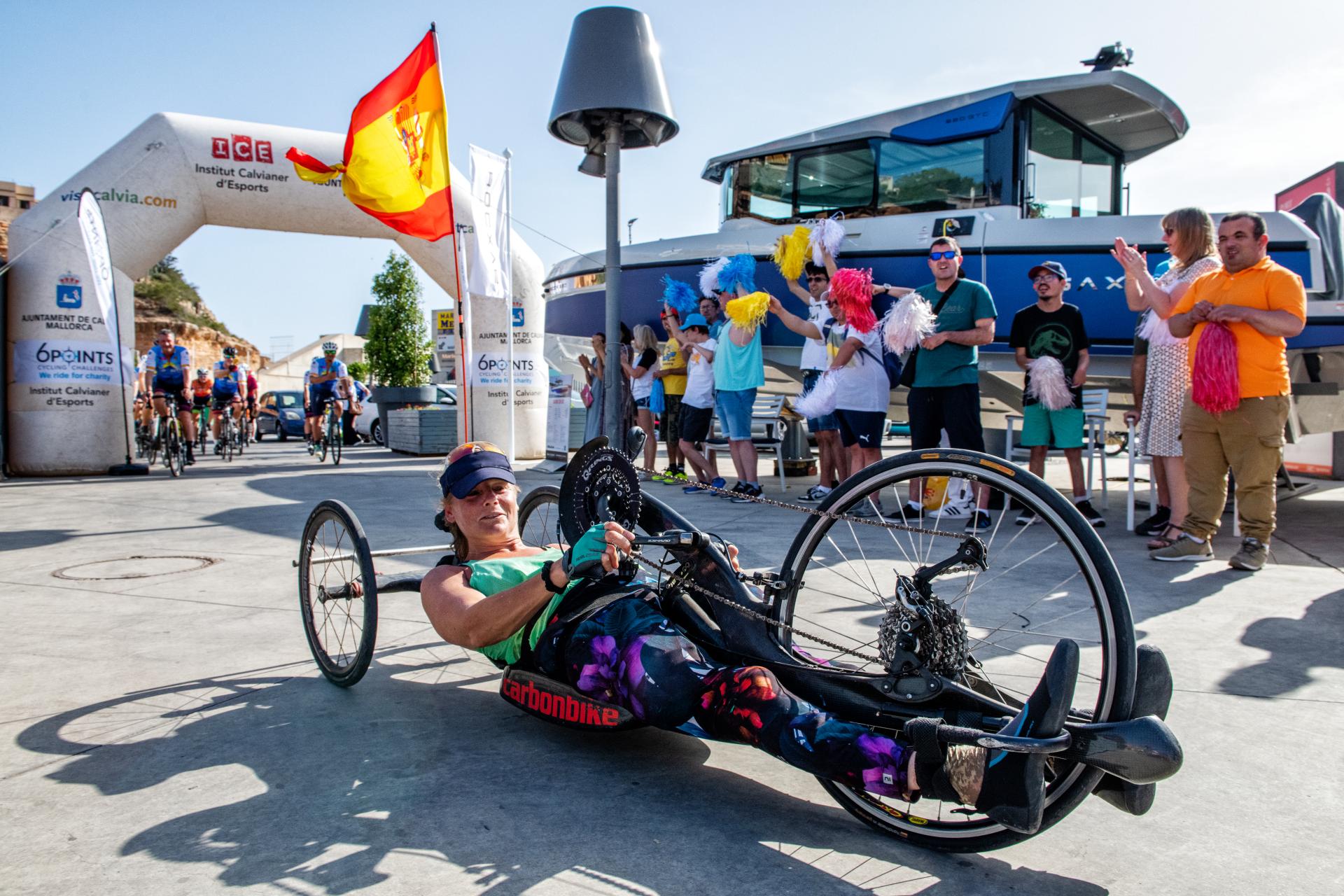 They are a group of cycling enthusiasts who set out to raise funds for charity by riding exciting locations, including Mallorca and Ibiza. The main aim, other than raising money, is to ride with a fantastic bunch of people, whilst thoroughly enjoying the cycling experience - 6Points Ibiza certainly fulfills the brief. 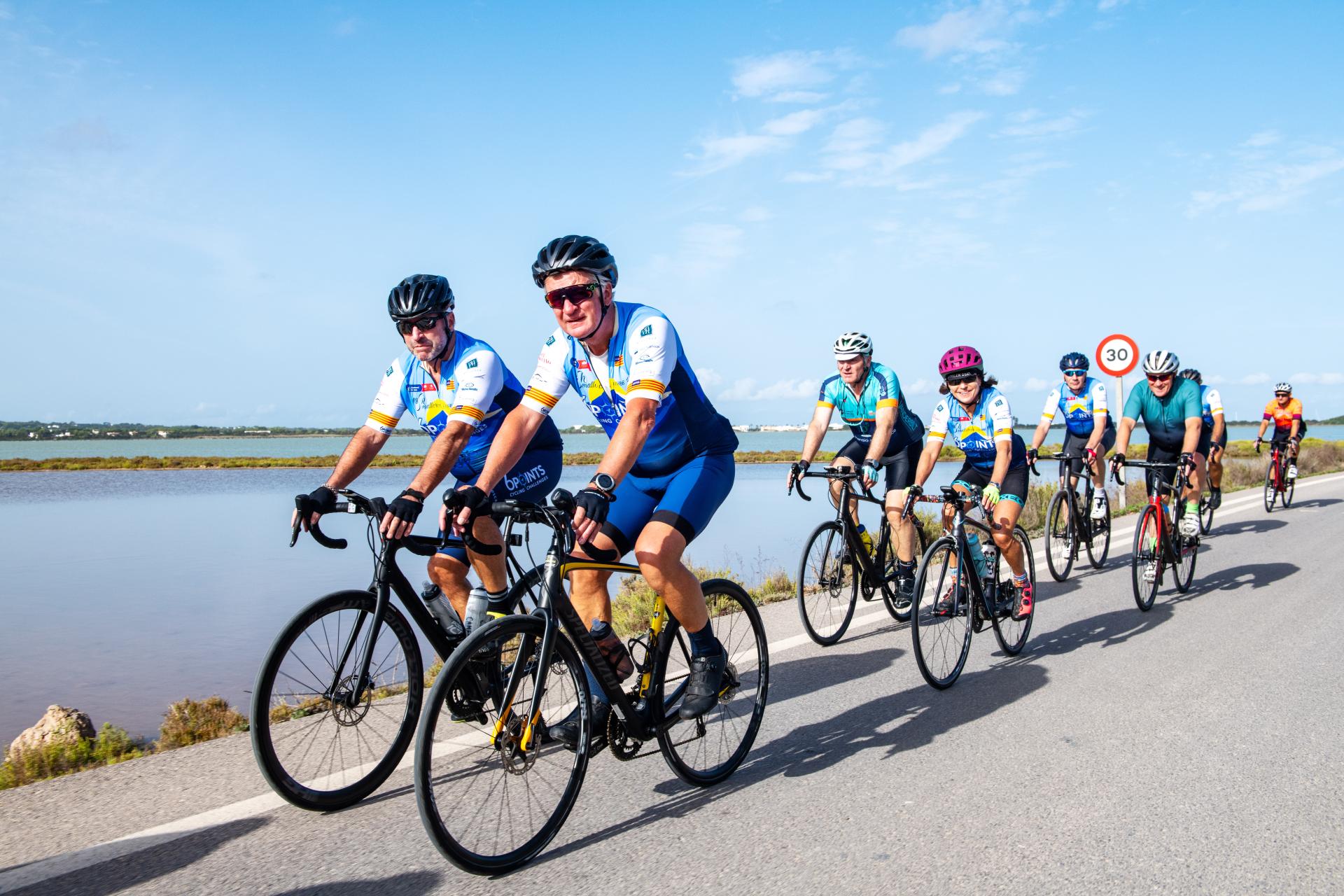 6Points Ibiza and Formentera is a cycle ride to the most northerly, southerly, westerly and easterly points on each island, and to the highest and lowest points accessible by road - the six points of an island, hence its name; 6Points. 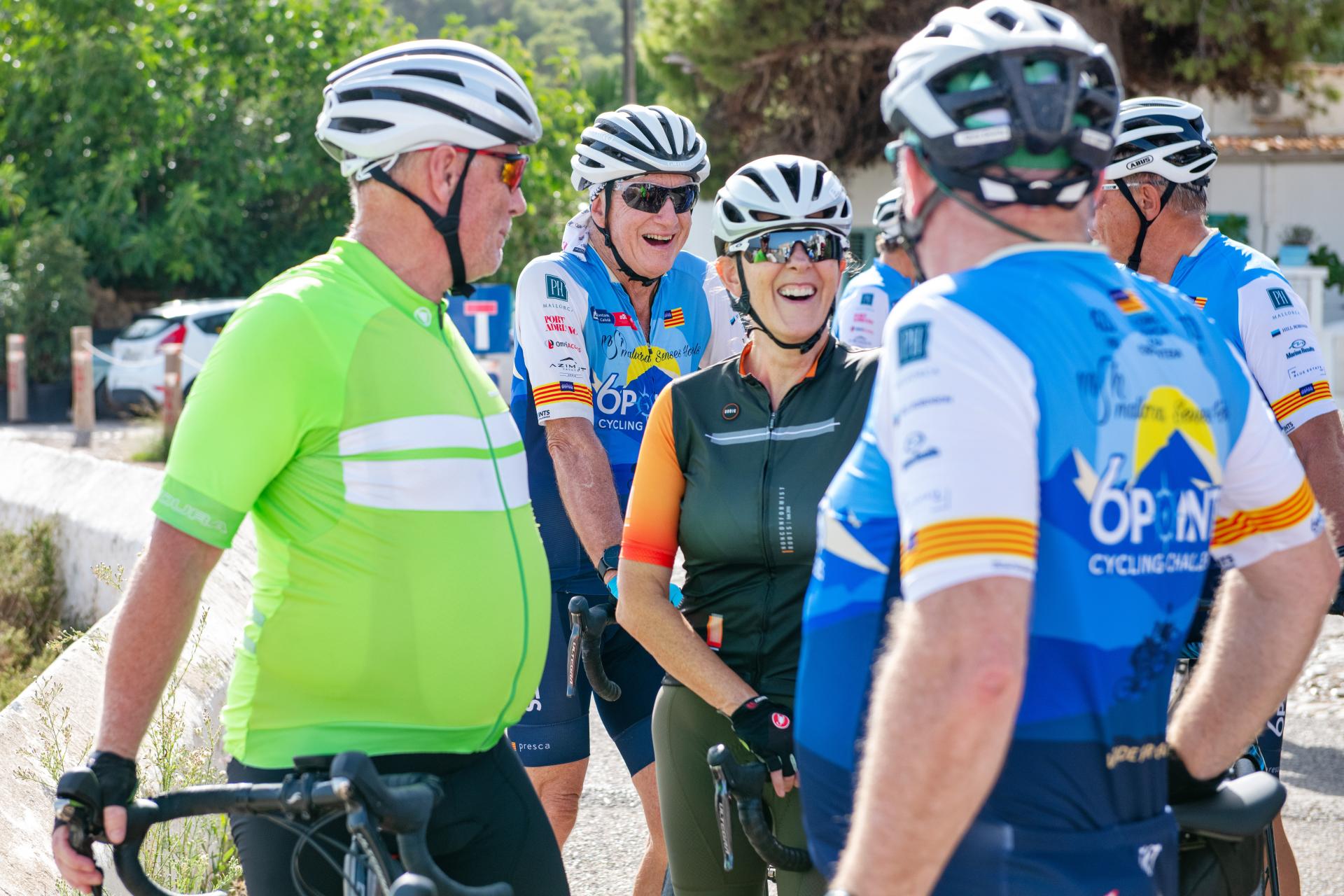 Back in Ibiza, and after a short Stage 1, the group spruced up and headed off for an absolutely classic 6Points dinner at the La Brassa Restaurant. It’s an oasis of a restaurant with plants and trees in a unique and wonderful setting in old Ibiza Town and the food was outstanding and just seemed to keep on coming! 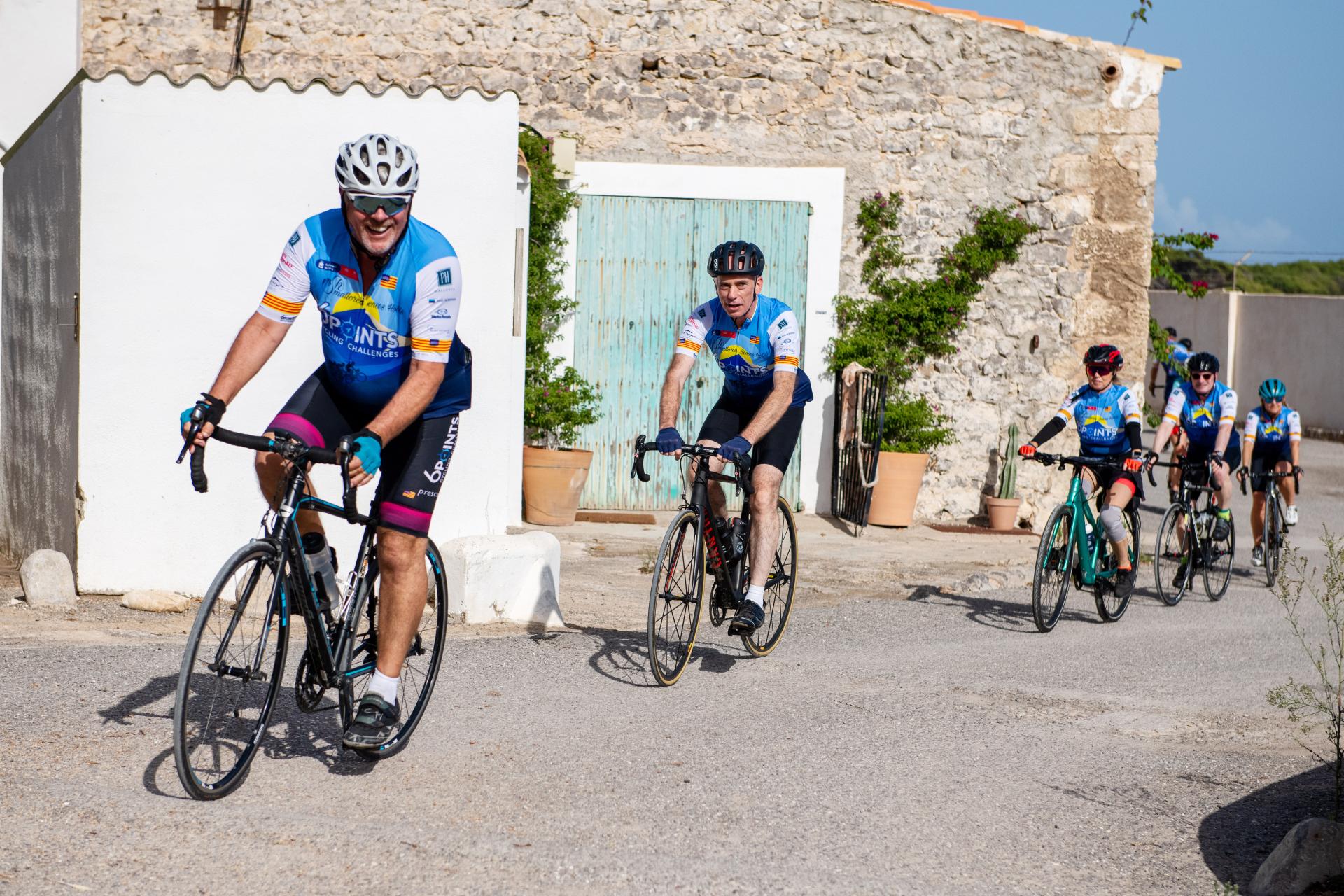 On Saturday morning, they took a ferry across to the beautiful island of Formentera and divided themselves into three groups for the 6Points of Formentera stage of the weekend. Before the ride, many of them had assumed that Formentera was flat - the 4 km climb on the way to the most easterly point proved that assumption wrong! The scenery on Formentera is stunning and, because they were on bikes were well placed to enjoy it. At the end of the 66km circuit the group arrived back at the marina and enjoyed another stunning dinner, this time a delicious tapas spread at the El Merino restaurant. Much later, they caught the ferry from Formentera back to Ibiza and the Sky Bar at their hotel for nightcaps and dancing. 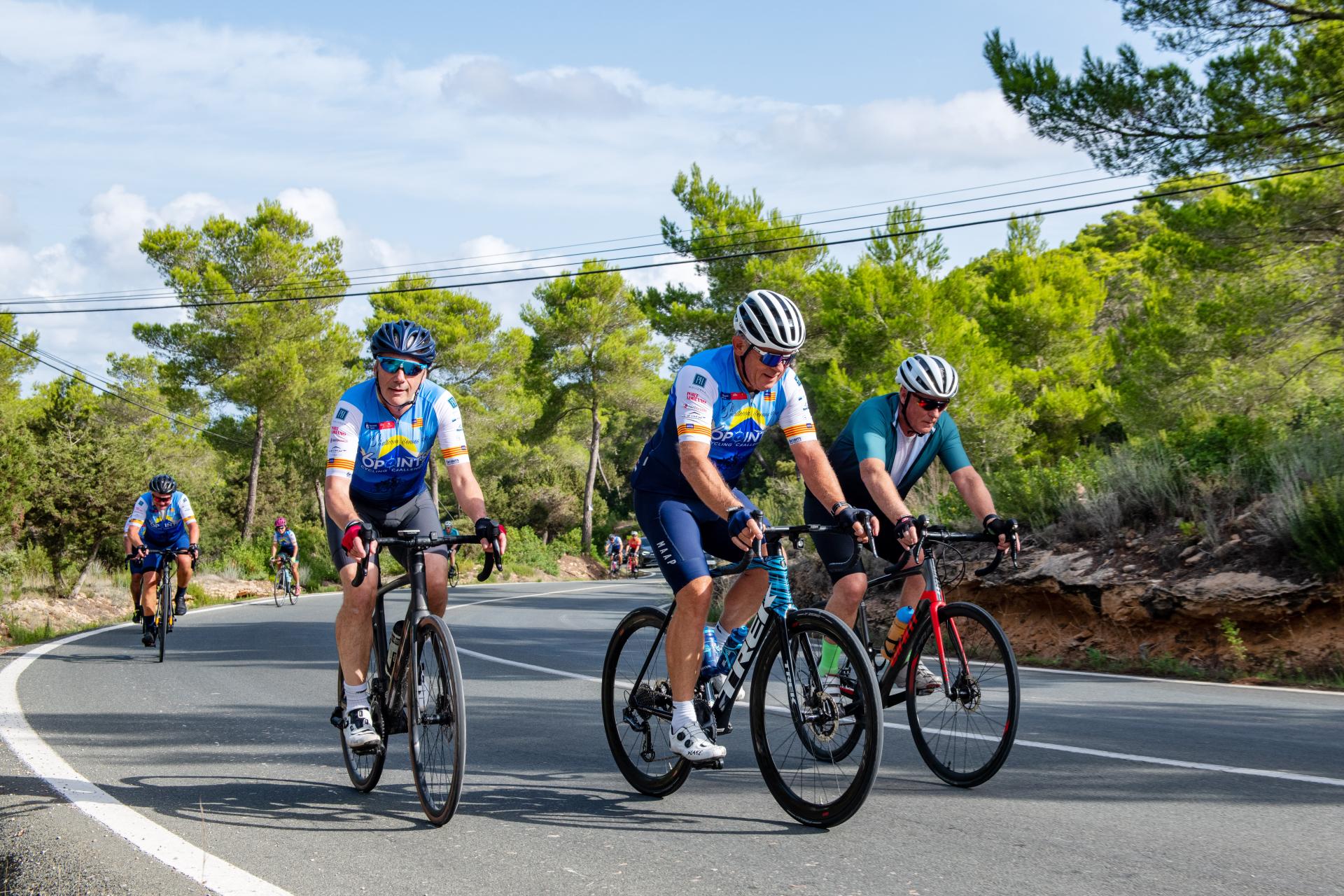 Sunday dawned clear and the gang set off for the big one - Stage 2 of 6Points Ibiza. At 124kms and 1600m of vertical climbing it is not to be underestimated. The crucial climb is from Cala St Vicent and is 4.5kms long and has an average gradient of 6%, yet it has parts that are 14% and above - it's a tough one. This climb led them to the fantastically picturesque town of Portinax and the most northerly point. Thereafter it was a drop down south through beautiful countryside to the western party town of St Antoni where they stopped for a well deserved, and delicious, pizza. After lunch, back on the bikes to the incredible beach at Cala Comte and then back to the hotel in Ibiza Town. What a wonderful ride! 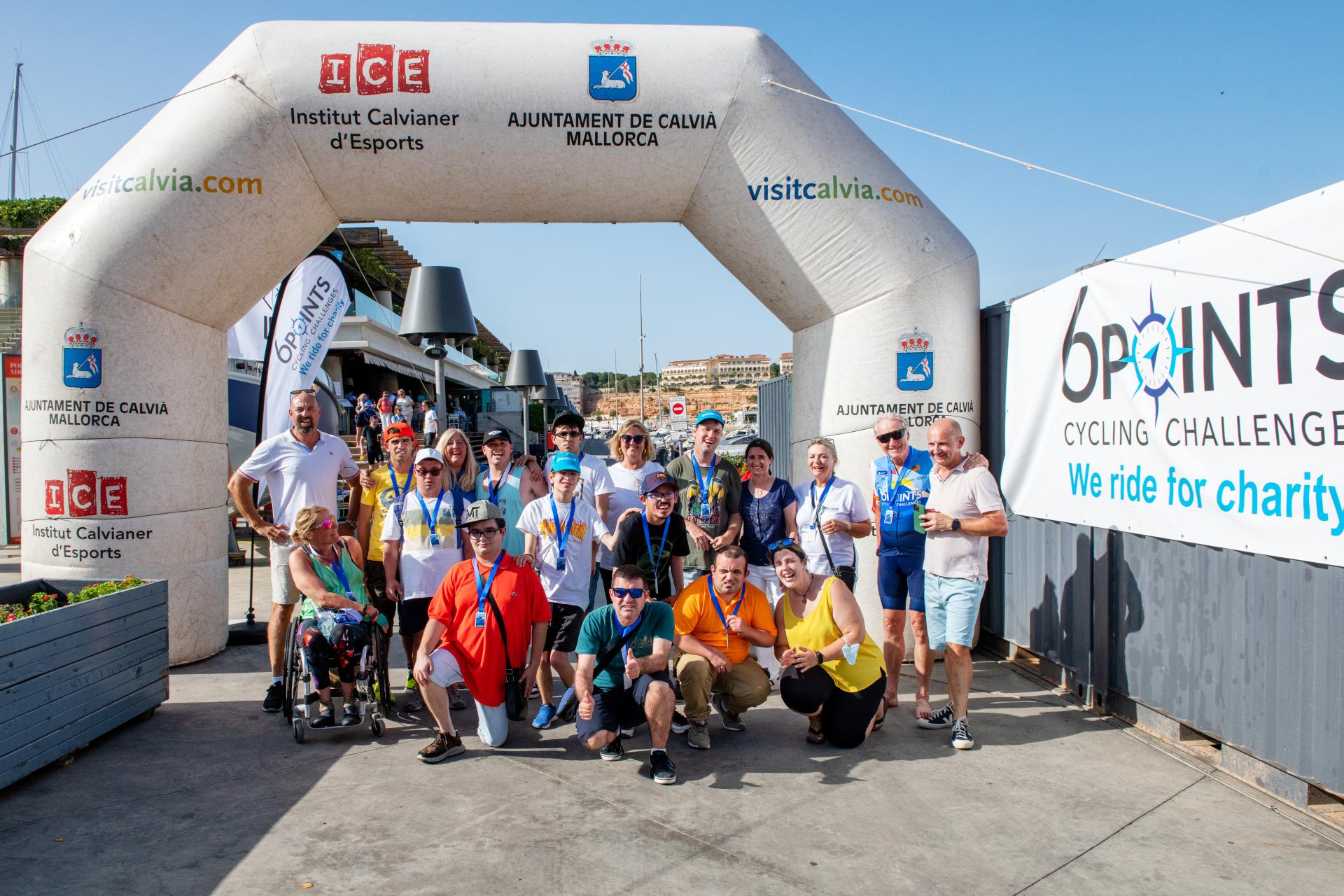 After a shower, some beers and some excellent snacks, it was a quick ride to the ferry and a two hour voyage back to Mallorca, their cars and beds; and a sense of satisfaction that they had completed 6Points Ibiza and Formentera. 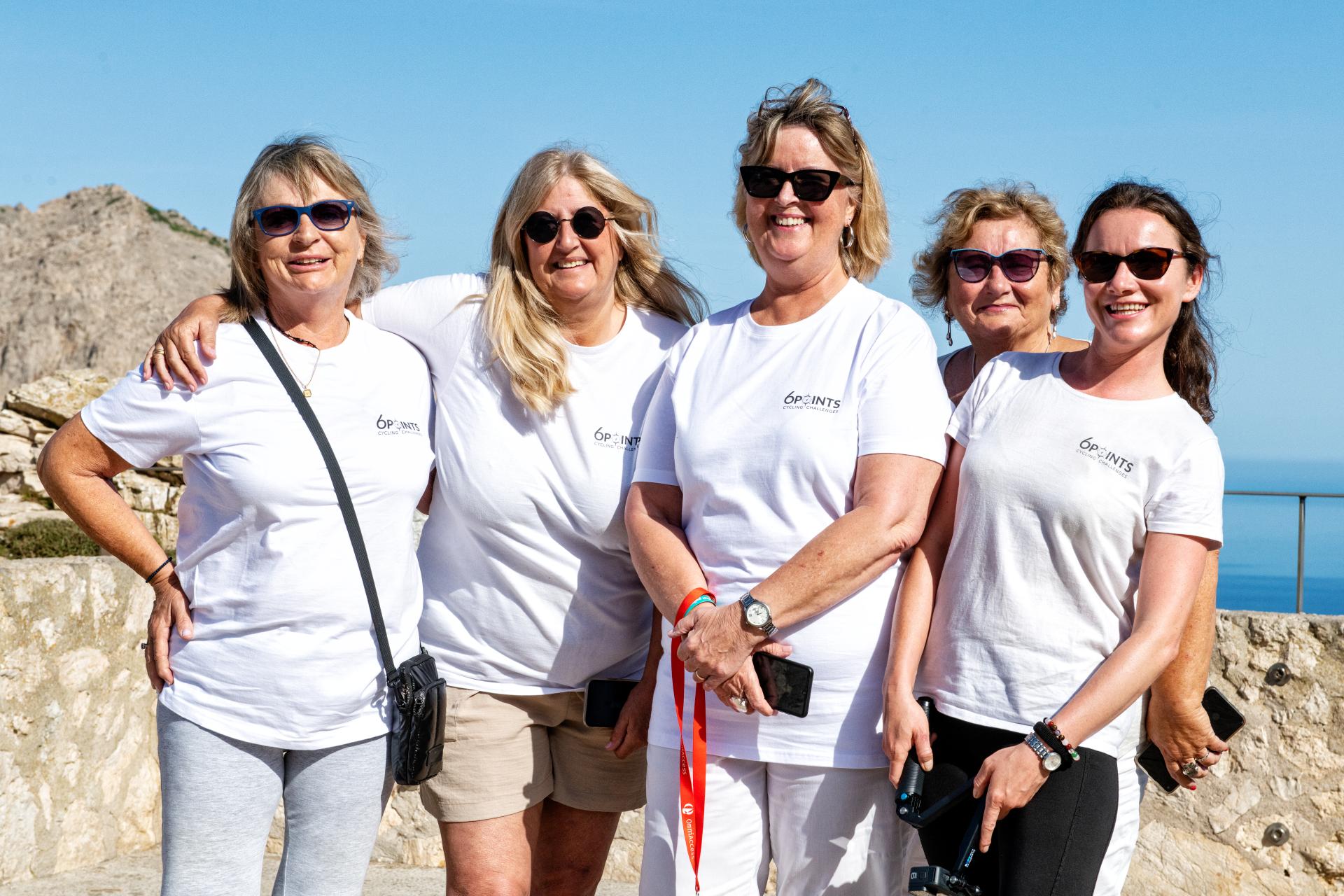 Thanks to the 6Pointers raising donations from their friends and family, this year's rides have raised enough money to bring the total raised for their chosen charities to over €35,000 - an absolute record. 6Points have now raised over €155000 since they started in 2017. Their thanks, as always, go out to their partners, corporate donors, 6Points riders, and private donors.