Marc Fosh is a man of many talents. Marc, a double Michelin Star-winning chef, has been one of the leading chefs in Mallorca for nearly 30 years and he has now gone back to his roots, managed to get together 14 of the island’s top chefs and organised what is being referred to as “Chef Aid”. 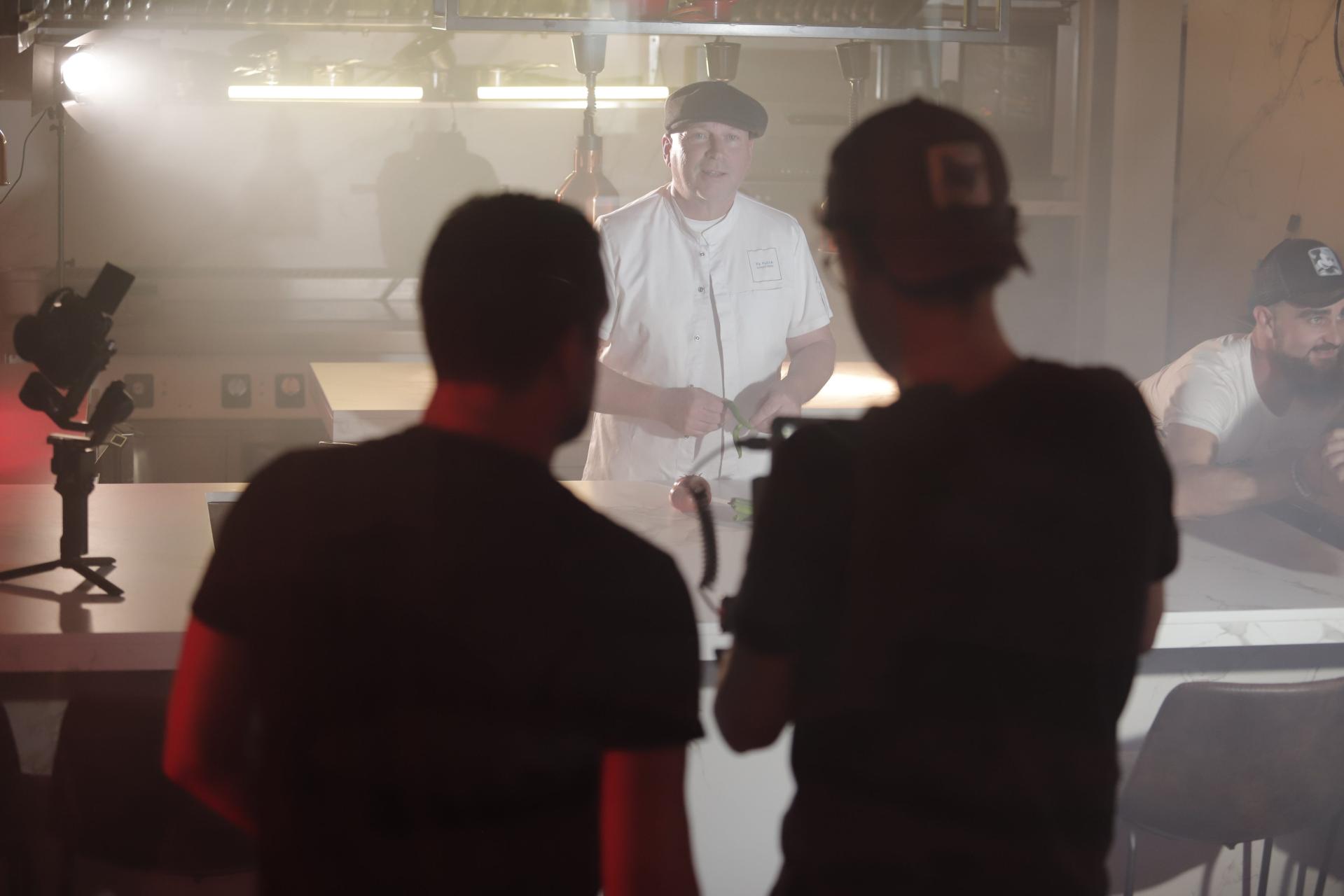 Bulletin columnist Marc could have been a professional footballer, he had trials for Norwich City, but he opted for cooking, although deep down he had always wanted to be a musician and now his time has come.

During the pandemic he picked up his guitar, he first started playing when he was 14, and began strumming away, writing a few songs to help pass the time and get through lockdown. 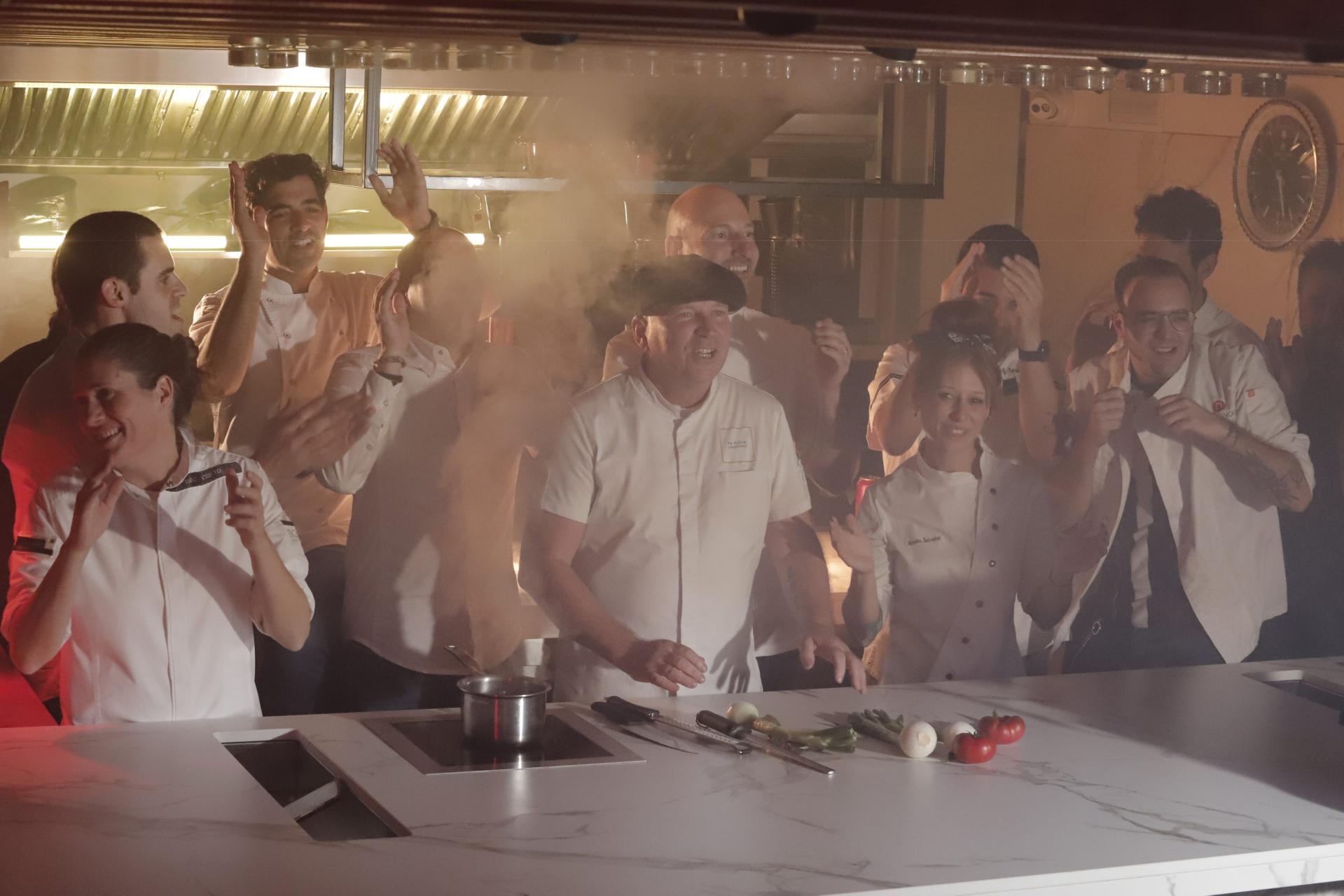 However, a little over three weeks ago he had the idea of trying to get the island’s best chefs together to record a song to raise funds for the World Central Kitchen, which was started by a not-for-profit non-governmental organisation devoted to providing meals in the wake of natural disasters. Founded in 2010 by the famous Spanish chef José Andrés, the organisation prepared food in Haiti following its devastating earthquake.

Its method of operations is to be a first responder and then to collaborate and galvanise solutions with local chefs to solve the problem of hunger immediately following a disaster. Since its founding, the NGO has organised meals in the Dominican Republic, Nicaragua, Zambia, Peru, Cuba, Uganda, The Bahamas, Cambodia, the United States and more recently Ukraine.

The song is called “Don’t Ask Me Why” and Marc explained that the song’s message is one of inspiration and hope. 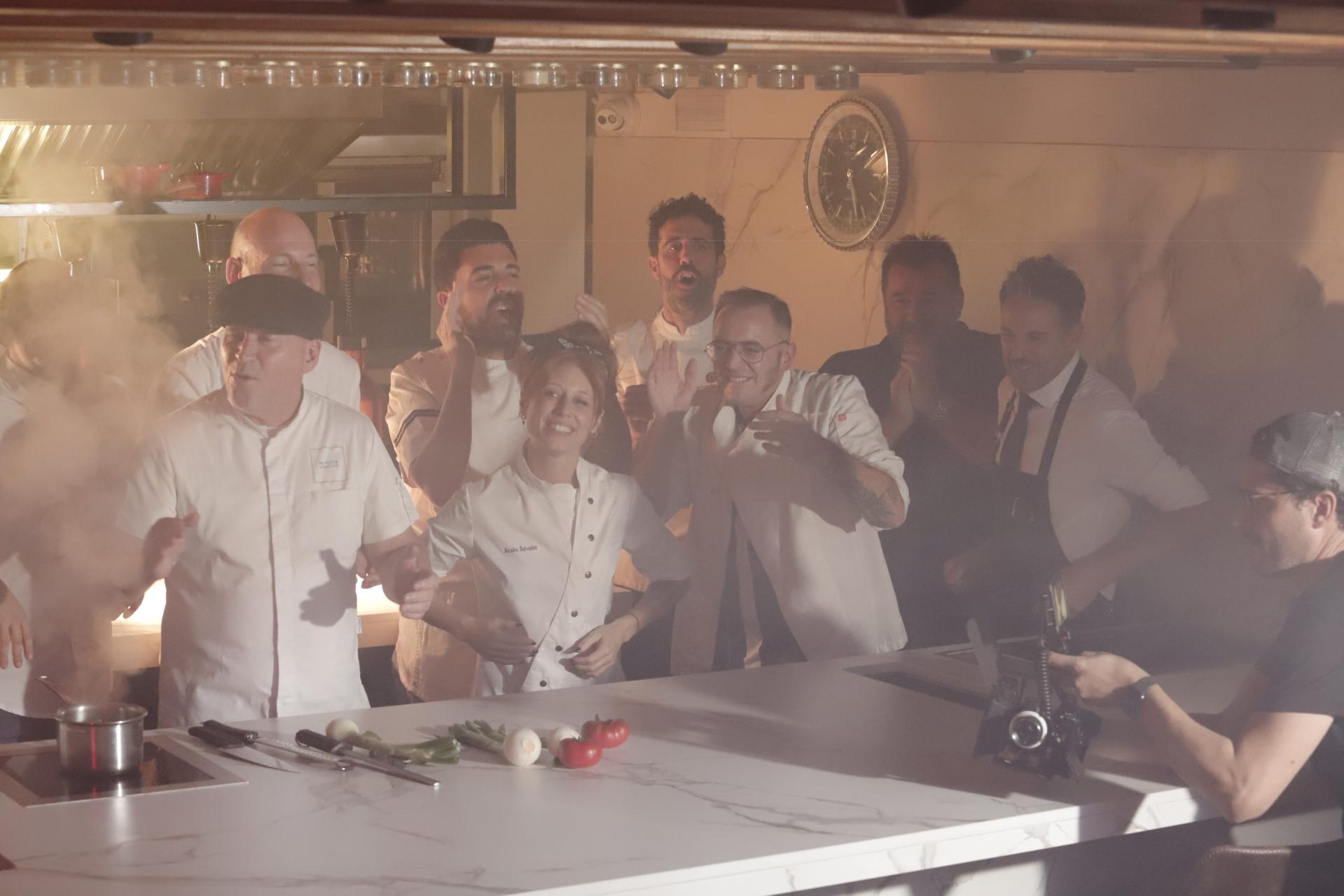 “I guess to a certain extent I was moved and influenced by what has happened and is happening in Ukraine, with people having to flee the country, losing their homes, but it’s not a political song. Terrible things are happening everywhere and in many different forms. It’s a message of hope, peace and common sense and it’s great that all of the chefs have got involved. It’s like a brotherhood of chefs. We’ve all done plenty of events for charity but sometimes, to be honest, they can get a bit boring, so I thought it would be exciting to do something different, something we’ve never done before - get out of our comfort zone - plus I always wanted to be like Keith Richards! 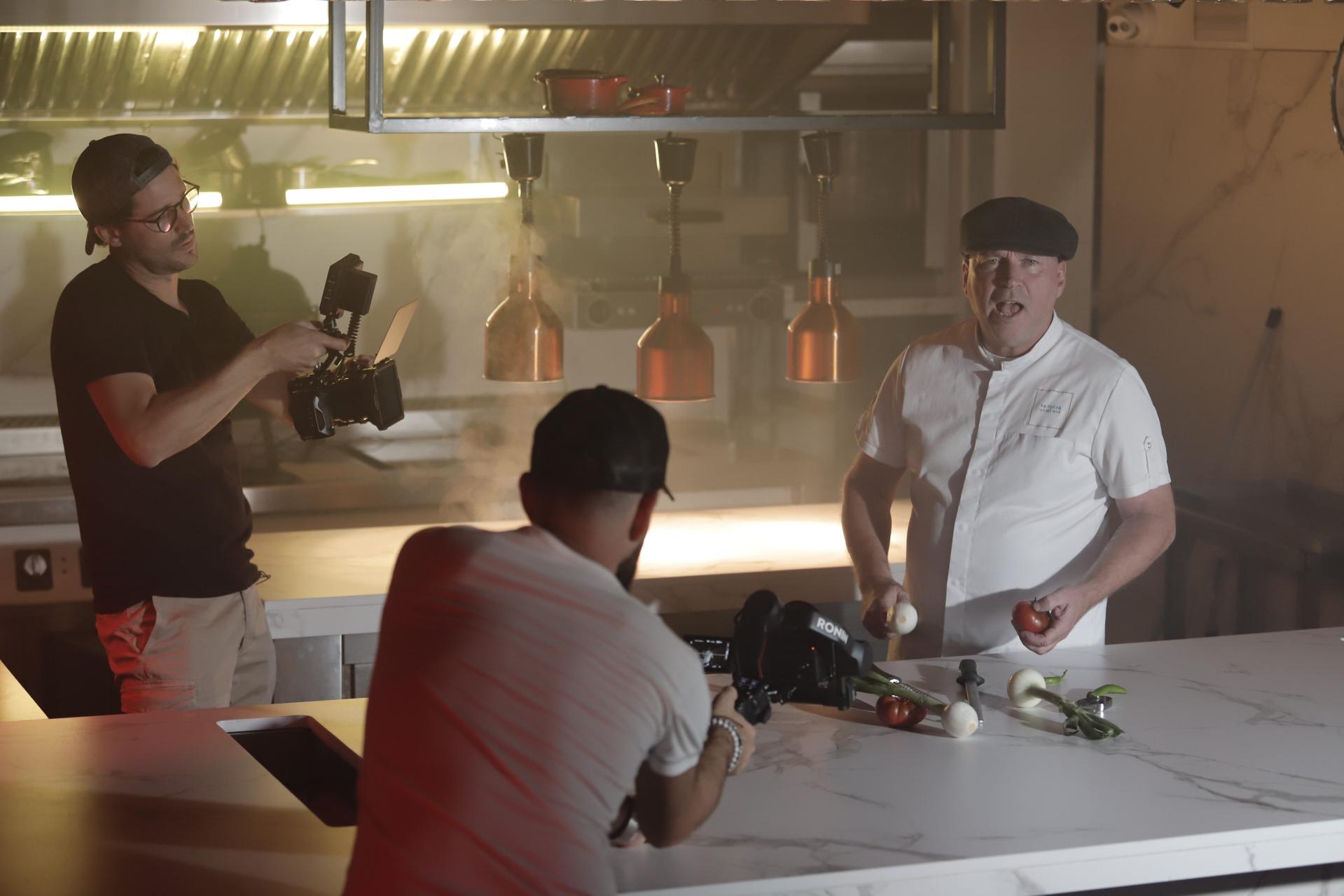 “I had the structure and the lyrics for the song and approached local composer Sergio Llopis and musician Jaume Anglada with the idea. I went along to their studio and they were into the idea straight away - Jaume said he would write a song but I told him I already had one, he was a bit shocked to be honest. But I started playing the guitar and singing and then Sergio got on the piano and before we knew it we were all singing away and I let the guys arrange the song from their. And all of the chefs were on board straight away, the response from the guys has been amazing, from everyone involved, all giving up their precious time for free and it’s all happened so fast. Within the space of just under three weeks we shot the video at Zaranda’s restaurant and I’ve seen the first cut and it looks amazing. It’s great and the final master of the track was done at Abbey Road in London last week. 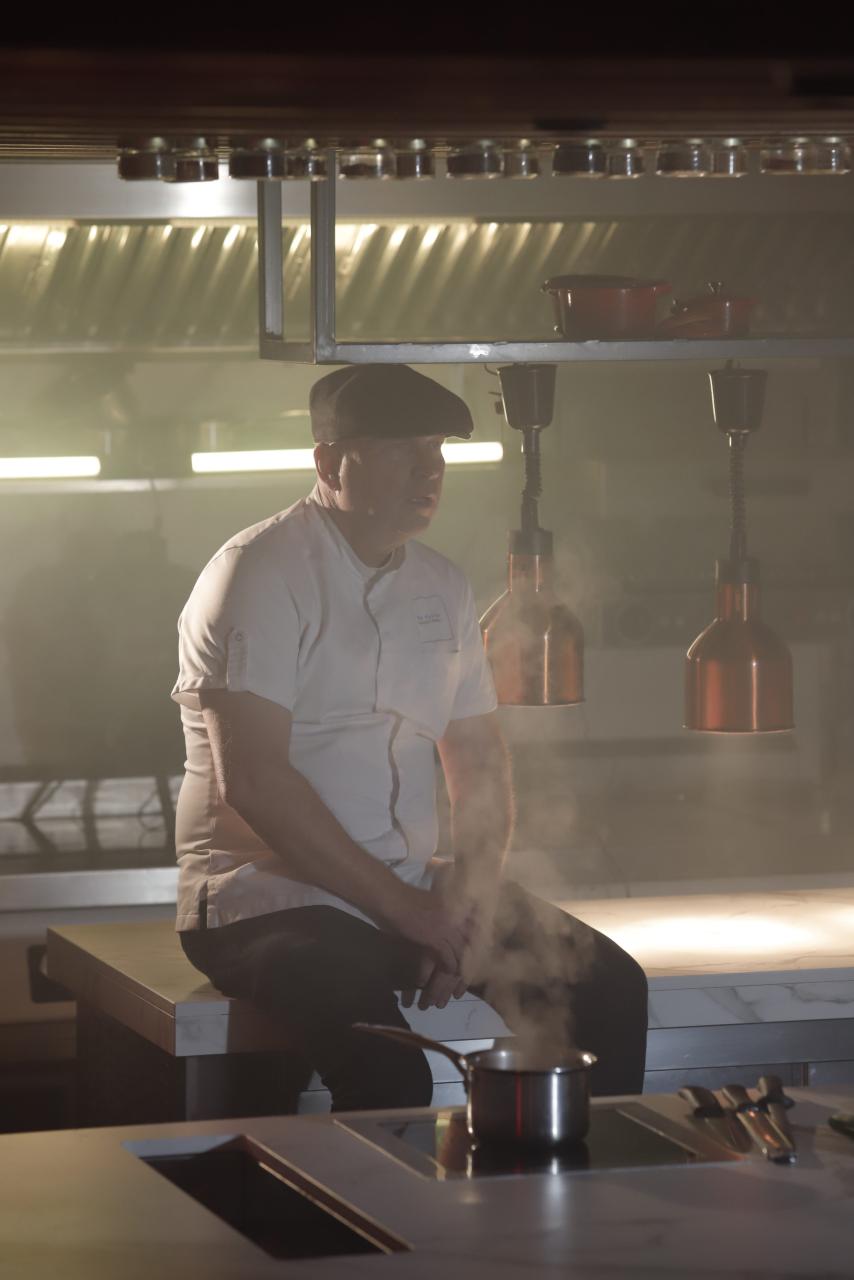 “We might all be great chefs, but singing? Well they’ve all done so well and it’s no doubt been somewhat daunting for all of us, but the musical producers are extremely happy and impressed with the result and Nando Esteva and Juan Monserrat from Foto Ruano have done a fantastic job with the video.

“Of course, getting all the guys into the studio to lay down their parts of the chorus was complicated because we’re all working, but everyone has been so committed to the project from the start and really excited about it and where it’s going to go. And the song is in English, so for some of them that was a challenge as well, but the chorus sounds amazing. I’m really proud of everyone who is involved, it’s worked out so much better than I imagined,” Marc told the Bulletin.

“So, with the video in post production and the track having had its final master at Abbey Road, which was another major boost for all of us, we aim to launch the track in December. Who knows, we could be the Christmas number one ...

“No, seriously, we’re going to put it out on all of our social media platforms and then think about a big press presentation. But first things first and that’s to spread the word, get the track and the video out - there is also a ‘making of’ the video to complement the production - and raise as much money as possible for the World Central Kitchen. As soon as we can we’re going to send it all to José to get his blessing and hopefully he will post it on his social platforms. He’s got hundreds of thousands of followers all round the world and a massive global reputation,” Marc said.

Coincidentally, earlier this week Andrés was awarded the Ukrainian Order of Merit by the country’s president, Volodymyr Zelenskyy. Zelenskyy also presented the chef with a plaque on Ukraine’s Walk of the Brave in Kyiv’s Constitution Square.

Just one day after Russia launched its invasion of Ukraine in February, Andrés’ nonprofit organisation began providing food to Ukrainians impacted by the war - and it hasn’t stopped.

He and the organisation have partnered with many restaurants in Ukraine to serve meals and have set up sites across the border in other countries to serve refugees who fled for their lives and this is what Marc and his singing chefs want to help continue.

“A small fee had to be paid to use Abbey Road but I just thought it would be so cool to have the final master done at the world famous studios; the fee was the least of my worries. It’s the icing on the cake for the project and my way of thanking all of the people who have got involved and turned this around in such a short period of time,” Marc said.

“Now I just hope we can raise as much cash as possible for the charity while spreading a message of peace this Christmas and that, together, we can all achieve it or at least make a difference,” he added.
To donate to the World Central Kitchen, go to: chefsmallorca.com

“The main thing I’ve learnt from Sir Richard is humility”

Well blimey! If he were French... or Italian... or God forbid... German... Then there would be no need to point it out. But he's British! 🇬🇧