"It’s a different life on the other side of the paseo..."

If you have ever set foot inside of the STP Boatyard in Palma then you’ll know that it can seem, to the
untrained eye at least, like mild havoc. The shipyard is one of Europe's leading refit and repair facilities for superyachts up to a 120 metres in length and as such is quite busy indeed. Once you are past the security guards on the gate it’s up to you to pay attention: everywhere you look there are cranes, hoists, scooters, bicycles, vans and people. People doing things to yachts, people standing on yachts talking to other people about yachts, painting yachts, polishing yachts, hauling yachts out of the water, and putting them back in again. Alongside the yachts are storage units and in between them are more vans, and more people. 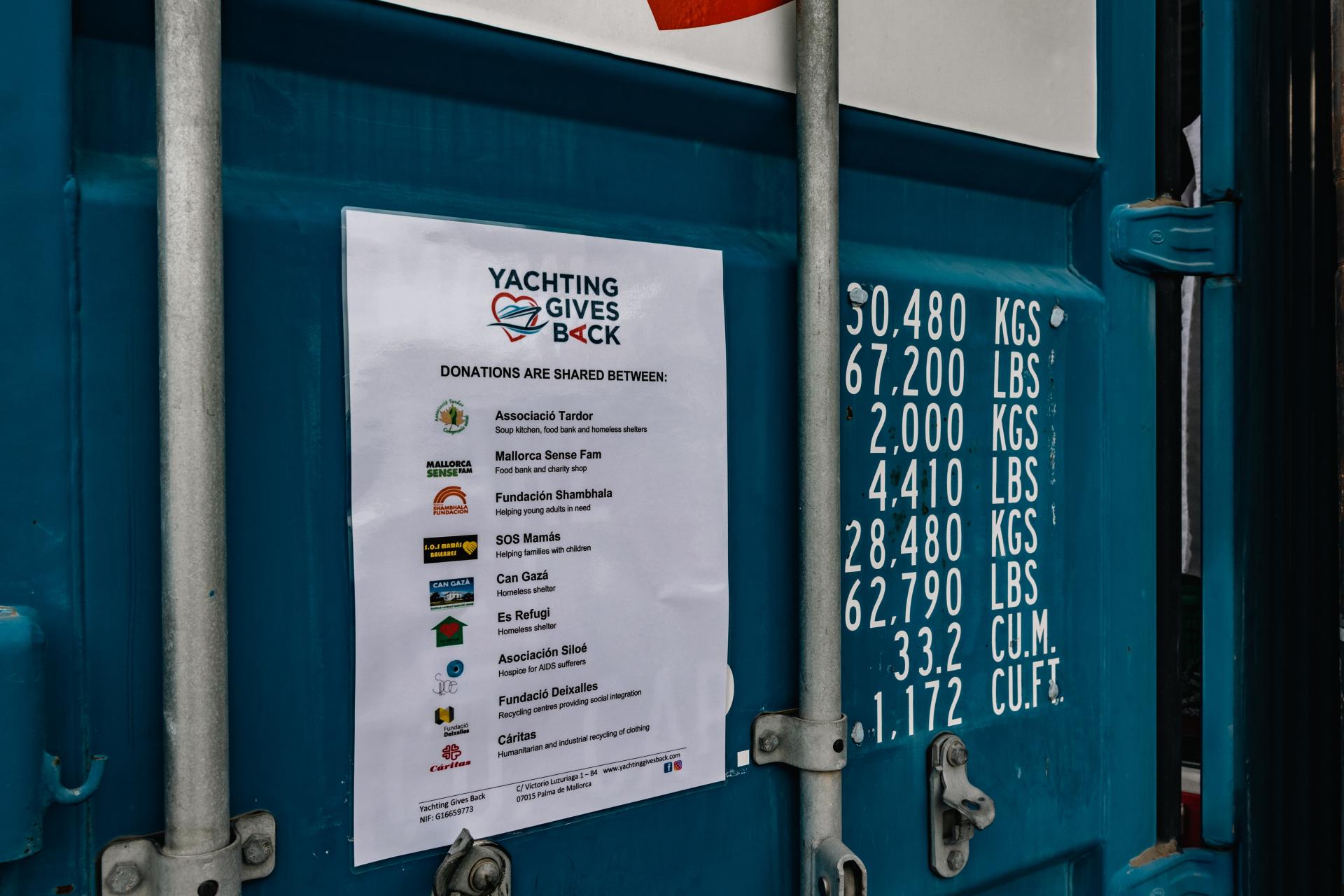 In amongst all of this organised chaos I'm in STP to meet up with the team from the charity Yachting Gives Back which, appropriately enough, has a storage unit on the dock donated to them by the boatyard itself. There is a smiling group of people, Aila, Anne, Louise, Nick, and Paddy to welcome me. We get the group photo out of the way quickly, and they pose in front of their storage unit, “A small but strong team,” says Nick Entwisle, the YGB Founder, nods his head and smiles. They've come a long way, and helped many people since the inception of the charity in 2019. It’s a simple concept: take perfectly good things which were being thrown away by yachts, and give them a second life in the hands of organisations and people who would use and value them. As Nick says, “We get to be Santa Claus with other people's money! But without the cooperation of the Superyacht crews and businesses we would not be able to help.”

What's the concept of Yachting Gives Back?

Nick: After eight years working on yachts I then spent 22 years with Pinmar, a Superyacht painting
company based here. I retired from the board in 2016 and then completely three years later. Thanks to the Pinmar Golf Tournament, I personally knew many local charities and I thought there was a potential opportunity to channel surplus food and materials from yachts to people in need in Mallorca. So I had some time on my hands and Pinmar gave me a corner of one of their warehouses to store what we collected, but it was just me and two other pensioners handing out leaflets before Louise (Balfour) came along about three months after we had started. 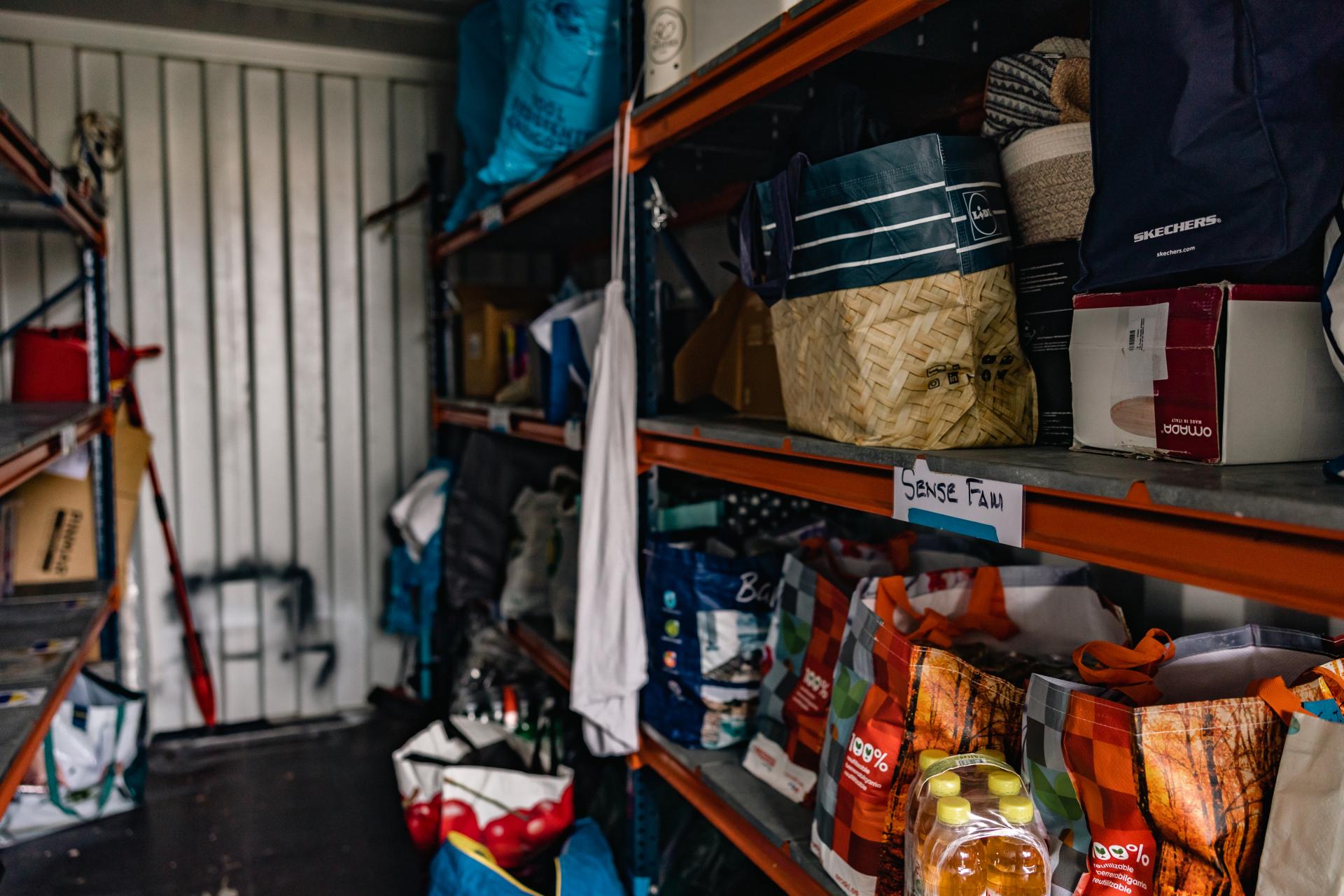 How did Louise get involved?

Louise: I had worked in marketing and PR in the UK, and then I worked in Yachting here for 15 years. I had been looking for something to do with my time. I heard Nick talking about it on the radio, and thought, “That’s it!” I got in touch with him and offered to volunteer. He told me about what he was trying to do and I thought it was a great idea. He asked me if I could take on Social Media for the charity so that’s one of my roles now.

How did you know when YGB had taken off?

Nick: There was a post that Louise did on the Facebook page about a donation from Palladium, a 96 metre yacht, I am good friends with the Captain. He’d called me and told me that they were coming into Palma and had some things for us. So when I went to meet the boat I was quite surprised to see a human chain carrying about 25 big bags off of the boat! We took a photo and posted it on Facebook and it got 26,000 views! Louise has been instrumental in spreading the word. What is really apparent is her way with words when she is creating a beautiful narrative about a collection or a delivery and how the people are touched by what they have given or received.

Loiuse: It helps to be hands on. Part of my role is to deliver the food and other donations to most of the charities we support, so I'm there as well, and I am writing the posts with first-hand experience, and taking the photos. I think people like to see where their donations are going to.

Do you think people are shocked to know that there are so many people in need in Mallorca?

Louise: I think it is very easy to be unaware of what is happening outside of the world of yachting , but when people understand what the need is like, they respond generously. A lot of the crew we meet are very caring people who don't want to waste things and feel guilty throwing things away. They are very happy that the things that are not needed onboard anymore get used somewhere else. 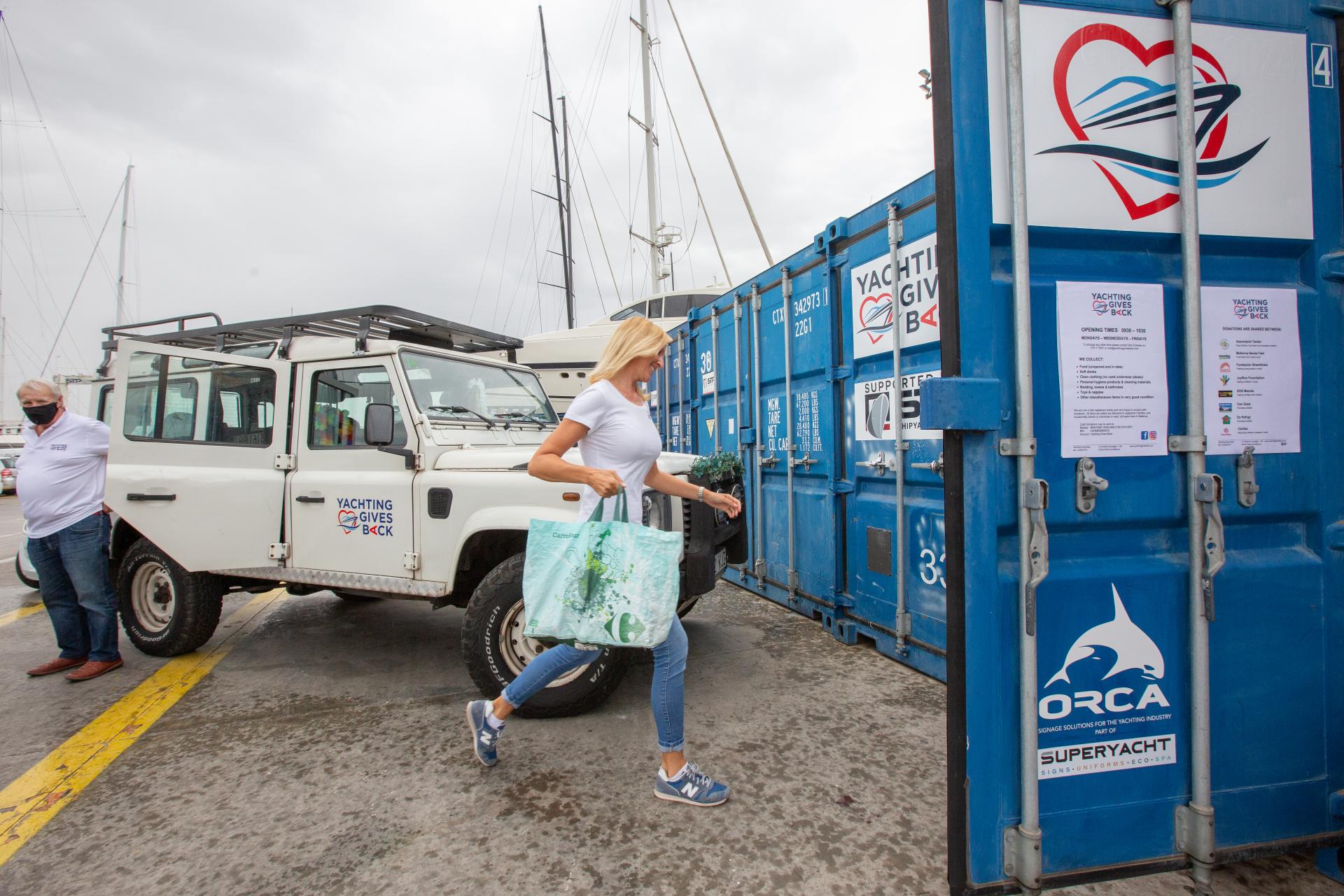 What are the special qualities you think make a good volunteer?

Louise: (beaming) Just someone who is really kind. They will get what we are doing. That for me is the most important thing.

So who are you helping now?

Nick: We continually support the homeless shelters Llar Kurt and Llar Inge in Palma, we collaborate with the soup kitchen Associació Tardor, and we help the food bank Mallorca Sense Fam. As the donations increased so we were able to help more organisations, such as Shambala and now we are also supporting the Ukrainian people here. But we also help out when we are asked to by various associations. Recently we were delighted to be able to fund the provisions for a cafe at the Es Refugi charity Christmas market.

Louise: And we walked into the kitchen area they had made, and the volunteers said, “No, no, you can’t come in here.” And then someone else realised we were from YGB and we got a very warm reception, they called us “Angeles” which was lovely!

Nick: In the beginning, when we were dropping off donations at the shelter we would say, “Do you need anything else?” But the people were quite shy to ask, and they didn’t know if we were here to stay, as it were. But once we had bought one thing for them, the realised that if they needed some help, they could ask. So we have replaced washing machines, a tumble drier, that sort of thing, items that they might not have the finances for.

What about the future for YGB?

Nick: I think next year is going to be a tough one. I know that Tardor and Mallorca Sense Fam have waiting lists. Can you imagine a food bank that has a waiting list here in Mallorca? On this island? We are realising we need to help more and more. It’s a very different life on the other side of the Paseo.

How you can help

● Give food: donate excess from your cupboards, organise a collection box in your business or make a donation for YGB to shop on your behalf.

● Give your time: participate in or start a fundraiser, or share YGB’s social media posts on your own channels and spread the word. Every little helps.