Nightmare flight from the UK to Palma

Half-term and the Jubilee week has got off to a chaotic start for thousands of British holidaymakers, many of whom are heading, or hoping to fly, to Mallorca and the Balearics.

But with hundreds of flights being grounded and staff shortages at airports in the UK and Palma, holidays are becoming a nightmare for many.

Over the weekend, Mark James and his family flew from Manchester to Palma. 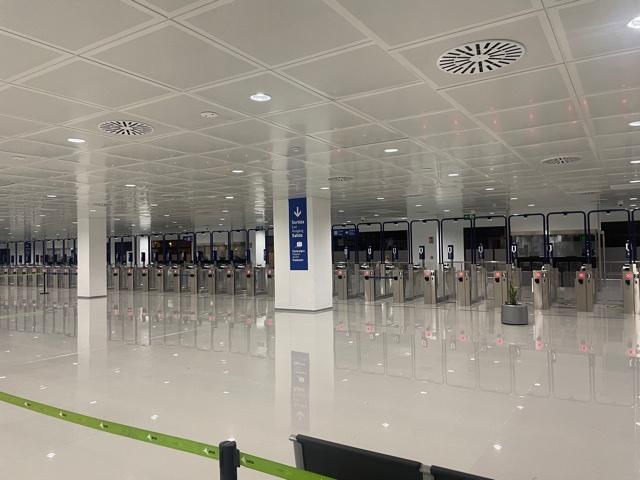 His first message to the Bulletin read: "Hi I have just arrived (in Palma) again for half-term and its complete madness in the airport worse I have ever seen its not even high season. None of the automated machines are open." 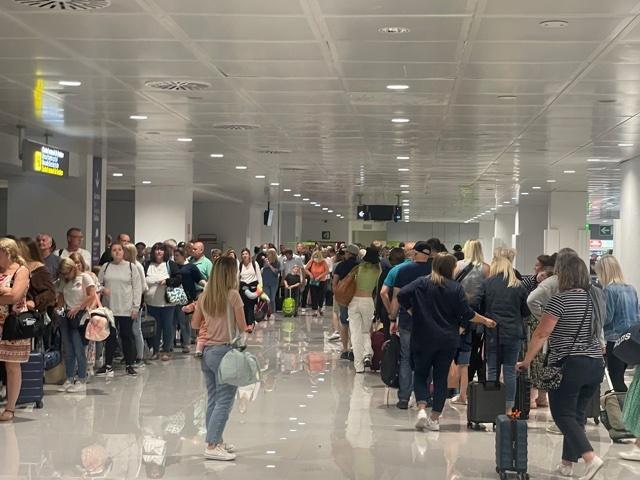 And prior to landing, their flight over was far from smooth.

Mark James said: "We also had a terrible experience with easyJet from Manchester last night, we paid for 4 seats on row 3 and people were in those seats.

"Apparently they had double booked the seats which meant we had to be split up, my wife and 11 year old son were left to find an empty seat which they did second row from the back but not together.

"My son was in floods of tears at this point. My fifteen year old had to find a seat alone which culminated in her having a panic attack as she was worrying about her little brother being alone.

"Not once was there an apology on behalf of easyJet, we were just told 'if you want to fly on this flight, I suggest you find a seat.' The stewardesses were probably the rudest and most unhelpful people I have ever encountered.

"The only member of the crew who was genuinely bothered and apologetic was the captain who took me into the cockpit and understood that I was unhappy with the service and the fact that my seats were double booked and my family were split up and upset. He dealt with the situation very well unlike the stewardess crew who couldn’t have been worse."

Whatever is going on the UK is up to British airports to resolve, but the situation at Palma airport needs to be resolved and fast, so that people arriving get the treatment they deserve and enjoy their experience on the island.

As a widower on my own, and very close to my small dog. I have an apartment in Majorca and I had it when my late wife was in her last months of life, so we could enjoy some enjoyable holidays together before she passed away. I have kept my apartment going for myself. I could not bear being apart from my dog, so I decided to take her to Majorca. I have all UK paperwork up together. The only way to get to Majorca by air was from mainland Europe, as no pets are allowed on UK flights, only as cargo. The other way is 2 ferry crossings, and a 400 to 1000 mile each way car drive. We went through the Channel Tunnel, then drove to Brussels, and a TUI flight from Brussels. Europe immigration in Folkestone for both dog and I, and Calis on the return, with no real problems. Being a small dog, she was able to come in the cabin in a pet carrier, and was really well behaved. It was the best holiday, since my wife passed away 7 years ago, and I plan to do this route again. Also reading the reports, is it just UK flights having problems, or other parts of Europe?

Flu bak to Luton by Easyjet yesterday, plane 80% full, took off on time, arrived early. Likre a hot kife through butter. Where is this great problem? A self made problem by airports which then again knocks on to others. If you have 15 aircraft arriving within an hour all needing passport control of course chaos will reign, have 15 aircraft arriving from EU, no problem? Time the airport controlled arrivals to equal the way they have staff to cope, not try and fill their bank account. Most problems in this world today are caused by greed.

Came thru airport last night nae problem at either end.

I totally agree with the writer. Recently my wife was in floods of tears because she got an aisle seat instead of a window seat. Then my 33 year old son had a panic attack because they had run out of ham and cheese toasties. As for me I had a nervous breakdown because there was no overhead locker space!

I'm sorry but this sounds like a high maintenance family to ne. 11 year old crying, 15 year okd having panic attacks over not sitting together on a 2 hour flight? Maybe go to Blackpool by car next time.

I've just got back from a 10-day trip and I'm pleased to say I had zero problems at either Gatwick or Palma.

Yes, it gets busy at airports this time of year. But those 2nd rate Mallorcan airlines such as easyjet need to face up to the fact that Brits should never be inconvenienced. After all, they are the only thing that keeps Mallorca from utter failure. They're lucky we come at all. By the, way, what automated machines? The vending machines? I reckon you'd need a snickers after all that. And they were sold out or something? Unbelievable.

This is a problem with UK airports and Easy jet - nothing to do with Palma airport or Mallorca.