The Sun not that impressed with Mallorca’s London “promotion”

Claims that British tourists are not wanted

The Balearics appear to have sent out the wromg message to some of the British media. | Majorca Daily Bulletin reporter

Whether the Balearics was promoting Mallorca or not at the World Travel Market in London appears to neither here not there, some parts of the British media have picked up on a rather negative message.
According to The Sun, “ISLE BE OFF Major blow to Brit tourists as Majorca looks to shut them out in summertime.” 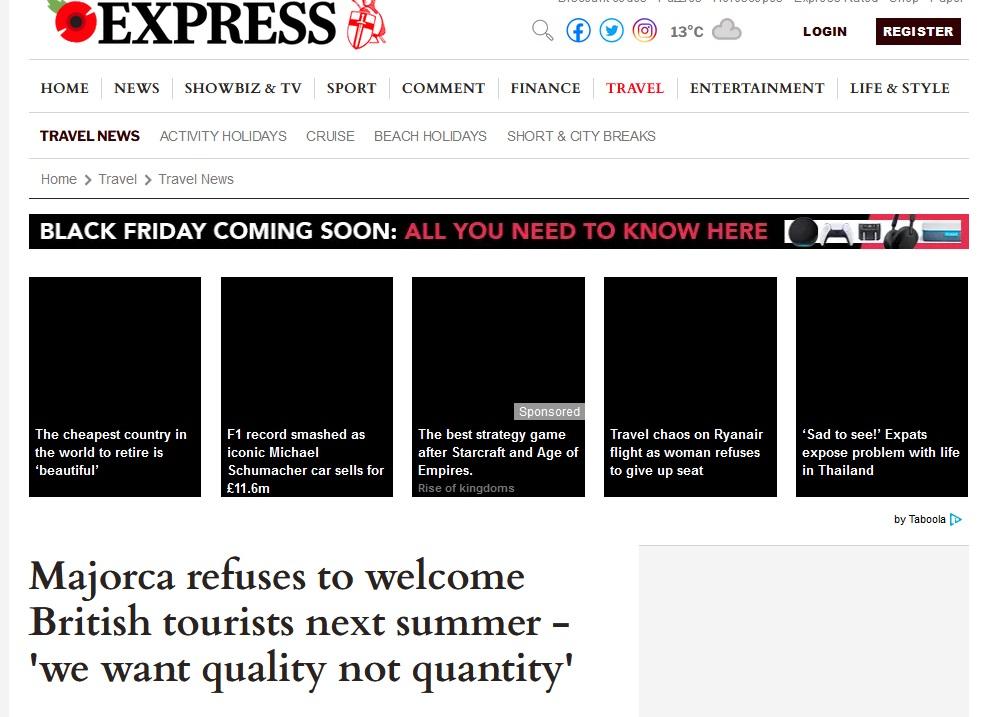 ““We are trying to encourage tourists to visit outside the summer season to enjoy sports or our cultural attractions and museums.
“We want to focus more on out-of-season activities than sun and beaches.”

The island’s ruling council has announced drastic plans to tackle overcrowding after this summer saw protests across the popular holiday island as tourists flooded back. 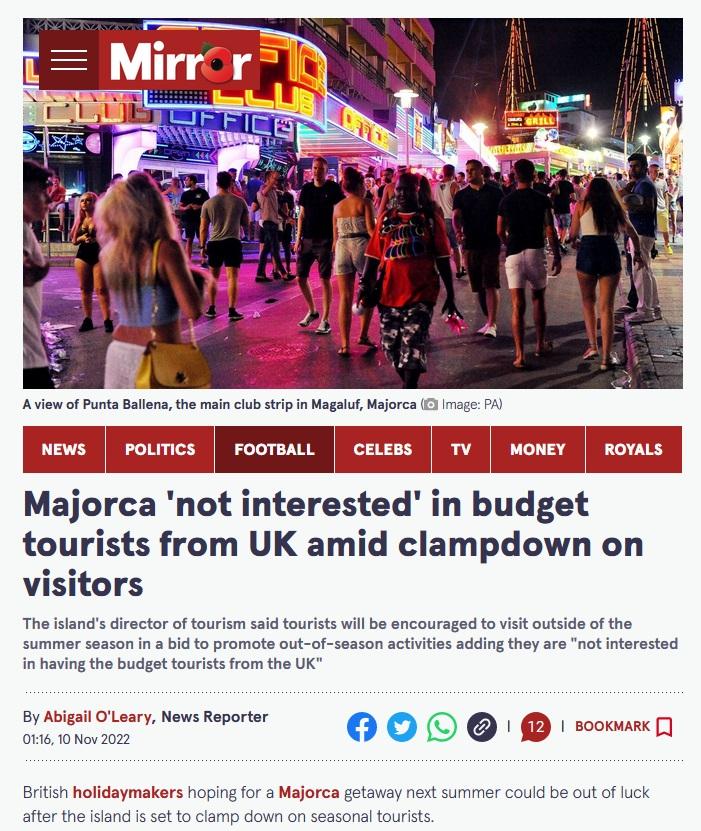 “We are not interested in having the budget tourists from the UK, we don’t care if they go elsewhere to Greece and Turkey,” he was quoted as telling the The Sun.

“Tourism bosses are also looking to welcome high-spending guests from other nations including Germany and Scandinavia.”

She added: “We are also interested in having less people from the UK and more from other parts of Europe where there is better airline connectivity.”

Her remarks come as the island announced plans to limit numbers in the summer with fines for villa or apartment owners renting out properties ‘under the radar’.”

This not what the Balearics would have wanted to have come away from London with, or is it?