The average temperature in the Balearic Islands in October was 17.7◦C with an anomaly of -1.1◦C.

The mean temperature in Mallorca and Minorca was 17.7◦C and the anomalies were -1.1◦C and -1.6◦C, respectively. 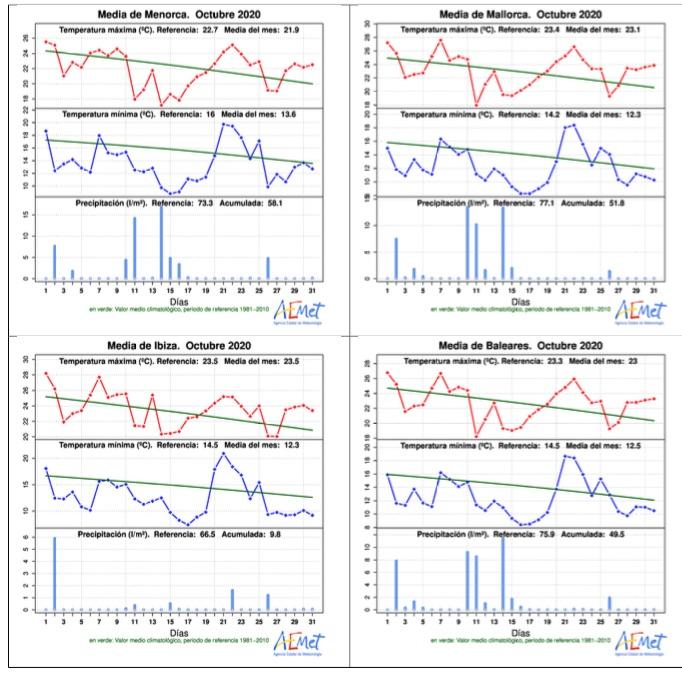 October was a very cold month, mostly due to the drop in overnight temperatures which were 2◦C lower than normal on average.

The minimum temperature at Minorca Airport was 13.1◦C, the second lowest in 52 years.

In Campos can Sión in Mallorca the minimum temperature was 9.8◦C, which is 3.1◦C below normal and in Sant Joan de Labritja in Ibiza it was 10.2◦C, 2.7◦C below normal, the lowest minimums in both places since records began. 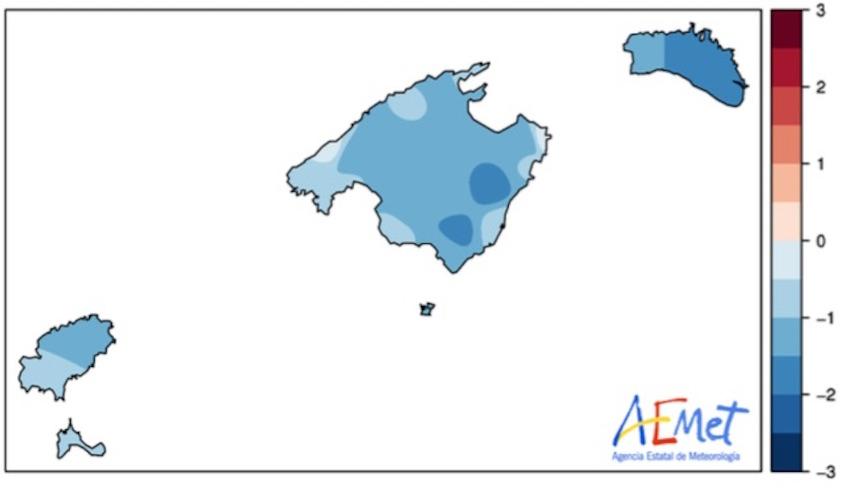 The highest maximum temperatures were recorded on October 1 in all of the Balearic Islands with highs of 27.0◦C in Ciutadella Cala Galdana in Minorca; 30.9◦C in Pollença in Mallorca; 30.5◦C in Sant Joan de Labritja in Ibiza and 27.7◦C in Formentera.

Between October 20 and 23 both the maximum and minimum temperatures increased, reaching an average of 2◦C-4◦C above normal.

The lowest minimum temperatures were 2.3◦C in Escorca Son Torrella in Mallorca on October 19; 5.8◦C in Ciutadella Cala Galdana in Minorca, on October 15; 5.1◦C in Sant Joan de Labritja in Ibiza and 10.0◦C in Formentera on October 17. 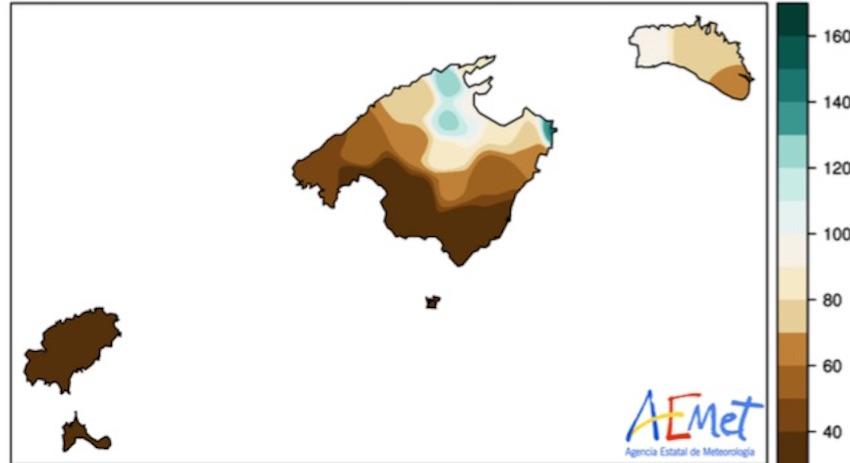 Mallorca had an average of 51.8 litres per m2 of rainfall, down 77.1 litres per m2, but there was a north-south divide with higher humidity in the north of the island compared to dry or very dry conditions in the south.

100.9 litres per m2 of rain fell in Far de Capdepera, compared to 4.2 litres per m2 in Campos Salines de Llevant, which had the fourth driest month in 70 years. 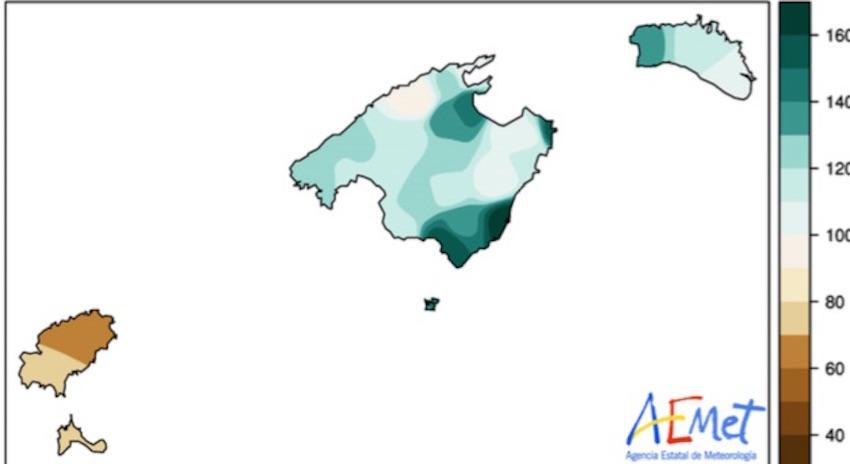 The maximum daily rainfall of 55.3 litres per m2 was recorded Far de Capdepera in Mallorca on October 10, where 13.3 litres per m2 fell in 10 minutes, setting a new record for the station.

In Es Mercadal in Minorca, 19.4 litres per m2 was collected on October 14.

The highest rainfall recorded in Ibiza was 7.6 litres in Sant Antoni de Portman on October 2 and 5.5 litres per m2 in Fomenter on the same day.

There were 6 days of storms in Mallorca in October, 5 in Minorca and 2 in Ibiza.

In Mallorca, rain and hail was recorded on October 14 in Campanet and mudslides on October 22, 5 misty or foggy days and one hazy day on October 21.

In Minorca there were 2 foggy days and one in Ibiza.

On October 3 there was a 65 cm rissaga in the Port of Ciutadella in Minorca instead of the normal 2 rissagues in October.

October was a very windy month in the Balearic Islands.

The strongest gusts were 103 kilometres per hour, southeasterly in the Serra d’Alfàbia in Mallorca on October 20. 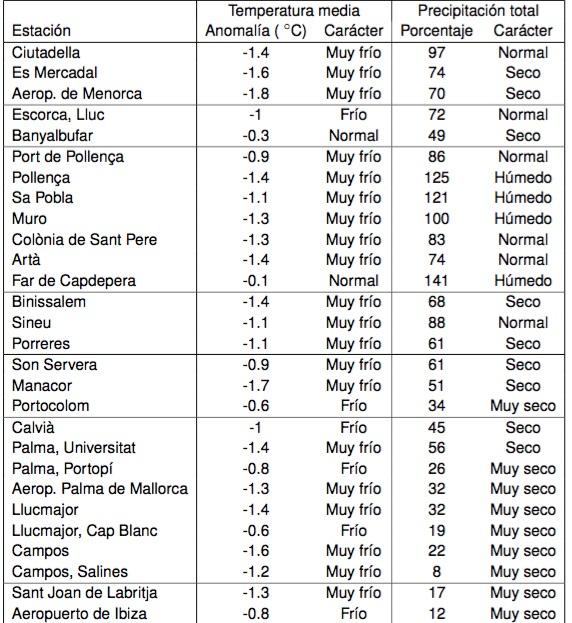