Did you see the video in Social media or TV this last week about the American Lawyer that had a filter on his Zoom meeting and addressed the judge with a cat face? There was no way he could find his way out of the cat face filter and you could hear him desperately repeat to the judge – “I am not a cat.” I suffered watching it because I have seen similar cases to often. Maybe you are one of the people who did a university course or decided to learn a new profession online during confinement last year. Or are you another technique failure like the Lawyer that got famous this week?

Last spring during lock down everyone had to start using Zoom and other online training tools to work from home, learn new skills, and to see their friends and family. People did exercise videos, online boot camps and not to forget all the cookery classes. Online yoga was a big hit in the Scandinavian community but, with all the different workshops and courses on offer, its was a jungle for old and new clients to find the best fit. Some went with the Yoga studio or teacher they always did – others tried and liked someone new.

I really wish I could say YES, I love Zoom but I afraid it has not happened yet - I am a complete Cat face - My boss invited me to a Zoom meeting and I could not decide if I should use a filter to change my messy kitchen to a Chinese wall or a paradise beach – it took me so long to decide that I almost missed the meeting.

When people decide to relocate themselves to the island, one of the challenges is to find something to do with your time. Some are lucky and can stay in their jobs remotely. It seems like a lot of the Scandinavians that decide to move to Mallorca from up north, bring with them loads of experience in health and ways of better living. As an example, if you would have checked two years ago in Mallorca there were at least 20 different Yoga studios up and running with Scandinavian connections – however today only the ones that opted for online services survived.

As for the well-being and Scandinavians we do put health as a top priority on our life list. Maybe is it because of that we have so many of us on the island working with inside and exterior health. Yoga teachers, personal trainers, boot camp masters, life coaches, tennis and paddle teachers, and not to mention all the professional bike trainers.– and of course to feel great you also need to speak the language so we have a few private language teachers as well. Hand on your heart it is so much easier to speak the language in the country you live in. Some want to learn to speak Spanish so they can communicate with neighbours, doctors, and other authorities. Others to get to know new friends and to help others. In January this year most Ayuntamientos were offering a basic Catalan class for foreigners, I saw a lot of interest as the course was launched but when I ask now, a month down the line no one seems to be attending the Zoom classes.

I spoke to Sandra Gonzalo; she is half Swedish half Spanish and lives in Palma where since 2020, she has been offering unique online Spanish classes. She started her career as a reporter for the Majorca Daily Bulletin some years ago. At the start she says the whole idea of Skype or Zoom classes and having a camera in her face made her feel uncomfortable, but now a year later she is positive that this is the way forward. Much more cost-effective for the teacher, as no need to rent a place to do classes. More time effective as she does not have to move from A to B and if a student needs to reschedule that is possible. In the past she did classes in her home, and under normal circumstances that would be fine, but after this year we will need a lot of time to get back to face to face classes again. Sandra says she has more committed students now as people in general have more time and that there are loads of clients that contract her, that do not even live in Mallorca. 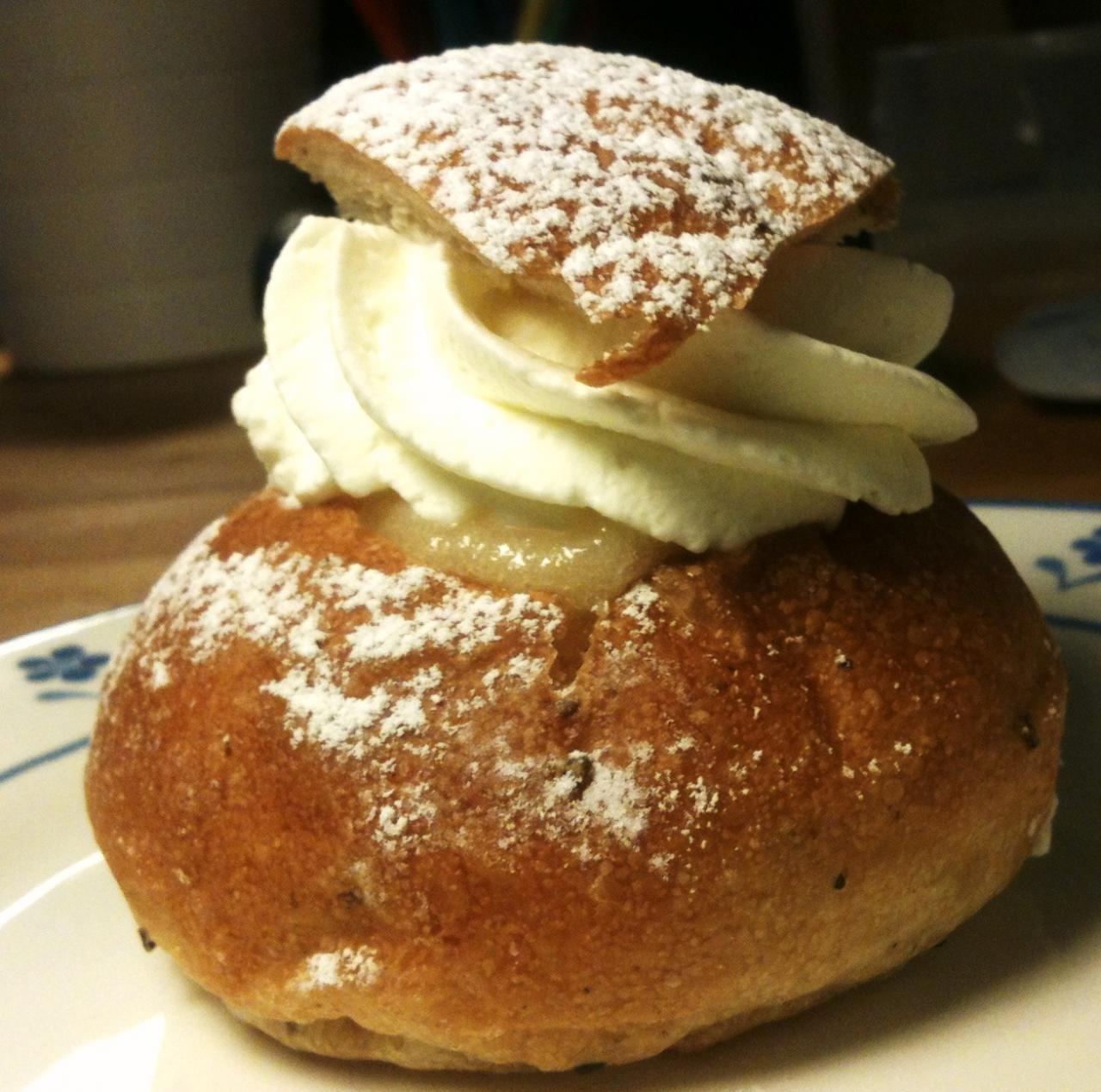 Next week we can offer some excitement for the population here in Mallorca as the Scandinavians have a special day to celebrate – it is “Semla dag” on February 16th.
A semla, laskiaispulla or fastelavnsbolle is a traditional sweet roll with a filling of almond paste and whipped cream made in various forms in Sweden, Finland, Norway, Denmark, the Faroe Islands and Iceland, associated with Lent and especially Shrove Tuesday in most countries, Shrove Monday in Denmark, parts of southern Sweden, Iceland and Faroe Islands or Sunday of Fastelavn in Norway. In Sweden it is most known as just (lit. “Fat Tuesday roll”). Majorca Daily Bulletin recommends that you try a Selma from Palma Bread.

Nice that you followed the yoga and healthy living with cake!!!