The biggest news of the week is the announcement that Soller is to get its own events auditorium within the next week. A three-month rental has been taken on land on the main road between the tunnel and the Puerto.

The land is cleared and a stage being erected which will become the summer hub for events and occasions. Usually the Plaça in Soller is the space for most things, but a wider, open space was considered better for this year with all the covid restrictions.

We now wait for the events programme which is being constructed as we speak. This summer might turn out to be the best for events and gatherings in years. The space allocated is a short walk for me and all my neighbours from L’Horta. We will have no excuse not to join in with everything planned.

anna & olivia
On Friday, Soller paid its respects on the death of the children in Tenerife. We joined all Town Halls in Spain at 10 pm on Friday. Our hearts broke thinking of those beautiful babies and their mother. Everyone hugged their own close and stood in bewilderment. A beautiful evening was touched by such awfulness.

Vaccinations
The Americans are in town and it is good to see them. I have met six couples in the past few days who flew in as soon as they could. They all have family here and the reunions have been very happy. The Vaccine certificate was the common factor, it was a ‘two jabs and you are welcome’ situation at the airport. 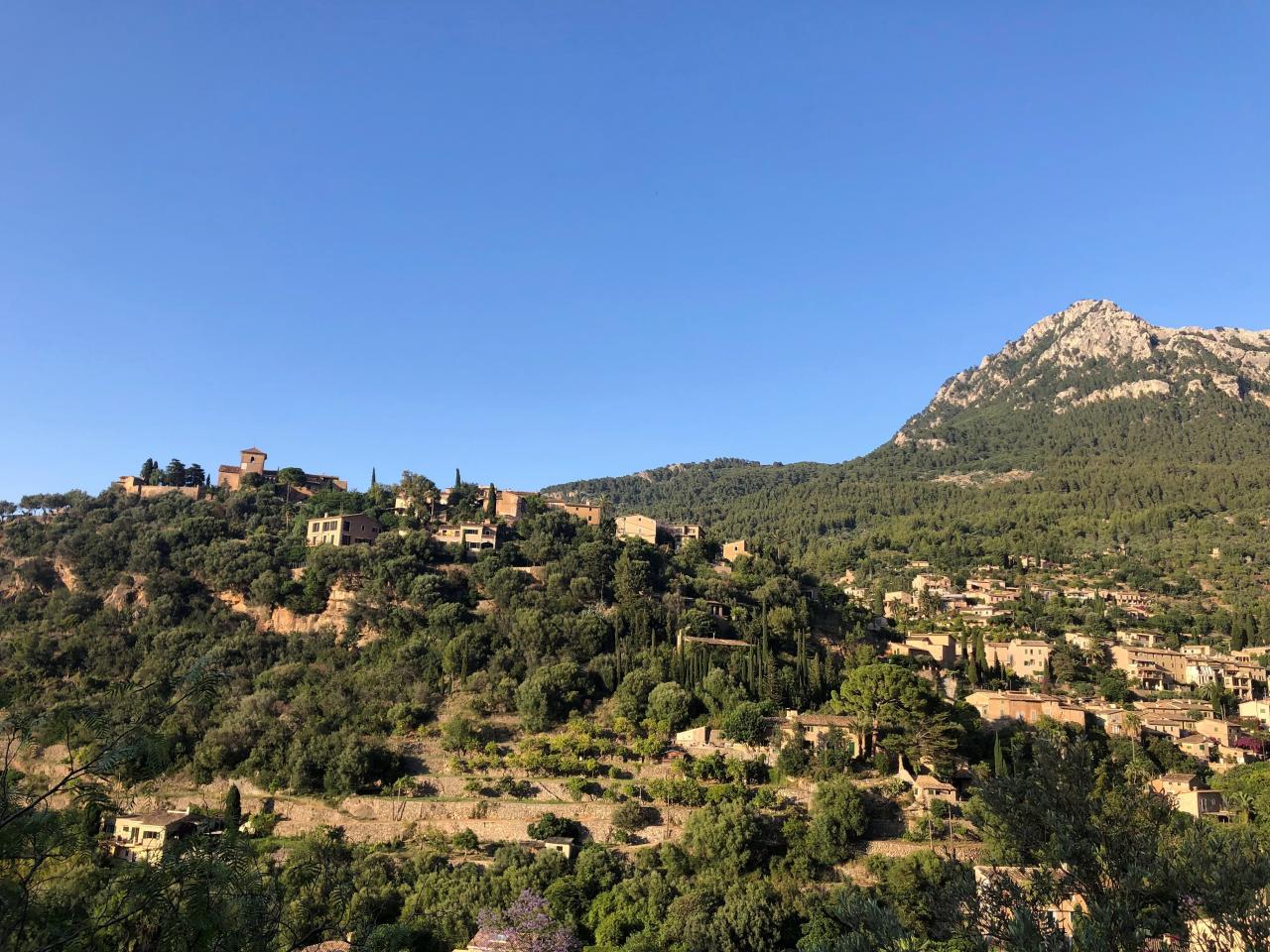 The vaccination stories of Mallorca depend on where you are getting your information from. There are certainly 7-day week injections being given all over Mallorca. This is still not getting the numbers to 50% of the population having had one injection. Our vaccine roll out is amongst the lowest in Spain – even now.

The one dose injection has found its way to Soller and some of my friends have had this. We can cry all we like about the UK people not being allowed to come here but our low vaccine rate does have something to do with the decision.

The duvet was finally taken off the bed as the summer nights are upon us. 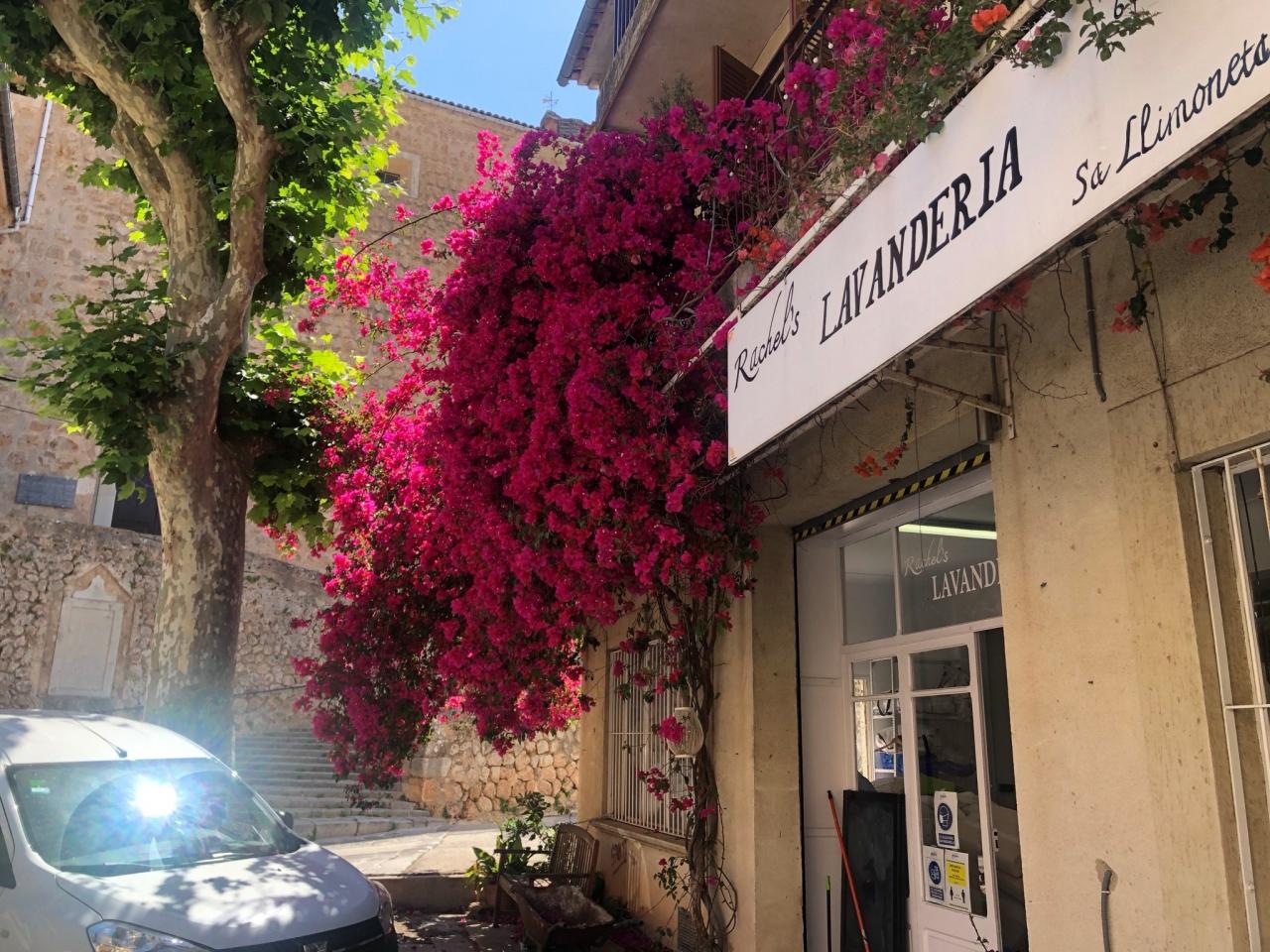 Duvet to the laundry and the electric blanket away till October was my job of the weekend.

School is nearly out!

The last week of term is upon us and some of our teenagers are in the middle of very important exams. Family life and friendships are just waiting for the last test to be over and then a collective sigh of relief. Summer can then start for 2021. In my family a graduation from junior to secondary school for youngest granddaughter.
Her class are celebrating with an activity week in Minorca and lots of planning for great fun is happening.

The Mayor of Soller was interviewed this week at the end of the ‘mid term’ of his four-year election stint. ‘All the promises and difficulties of Covid have been rolled into one’ – he says. He now has two years to fulfil his election manifesto and then he and his party are under scrutiny again. There is no large majority here, far from it, so every decision is scrutinised and over analysed.

Music to your ears

Live music is a feature of the summer experience of the Puerto Soller. The newly built Marina Tramuntanta are continuing the live music, Thursday to Saturday nights, of previous years.

This past weekend we have enjoyed the groups ‘Drop Step Jazz’, ‘Blues I Altres Herbes’ and the ‘Nayla Yenquist Band’. It is a stunning venue to sit on the edge of the harbour amongst the fine yachts. The sunset and the music are just part of summer in the Soller Valley. To walk from there, round to the Repic Beach, we also hear the sounds of music coming from many bars and restaurants.

Concerts and choirs have returned to our main music venues. Last weekend a fine concert in St Bartholomew’s church and a choir singing on the Patio of the Escolapies.

We love to think we have music for all tastes and right now people will keep an open mind on the musical genres. They just want to be around music and keeping it live. From Bach to Pop is fine as long as we can listen in socially distanced comfort.