I am immersed in the Soller Valley and the people who live, work and visit here. I am also very aware of the interesting lives going on all over the island and how they intertwine. For instance, in Deia, the Graves family is known and revered and are expected to still live there upholding the family tradition. Not so, for while the Robert Graves House is often the place to find a member of the Graves family, they are not resident there. Last I heard William lives in Palma and Tomas in Montuiri.

My Nan’s Day out this week took me to Montuiri and the choice of our man from Deia. I can see the point of this, it is another beautiful hilltop village. Surprisingly so, as it is surrounded by the flat lands of Majorca. The climb and drive straight through the middle is fascinating for the views and the drops on either side.

A traditional place filled these days with the locals who will never leave and the incomers. Some of those landed here when property was cheap and the island wasn’t so full of people who now adore the inland towns and are snapping up properties with great urgency. The Internet nomads are here too with young families looking for a peaceful, idyllic life for their children.

I took the country route to Randa from Montuiri and wound my way down 8 km of road which I had to myself. The village of beautiful houses was deserted and any action in the whole place was to be found at the highest point of Inland Mallorca. The whole point of Randa apart from its beauty and farming rests with the Sanctuary of Nuestra Señora de Cura which perches on top of Puig de Randa (543 m). 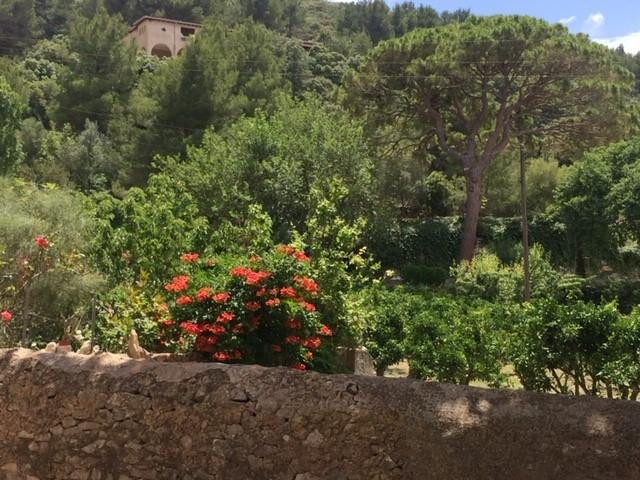 It is the highest point in the centre of the island and is one of Mallorca’s sacred mountains. The legends immerse us into the mysteries of history. Near the top of the mountain there are remains of a defense castle from Islamic times and since the conquest of Jaime I (1229) it became an ideal place to live an ascetic and contemplative life.

Ramon Llull (1232-1316) received his divine “enlightment” here around 1274. This is where his intense, extensive intellectual and missionary lifework began. From the fifteenth century until the first third of the nineteenth century, the tiny hermitage gave way to a shrine dedicated to Nuestra Señora de Cura. Next to the oratory is the Grammar School, founded first as the Lulian School (Pere Joan Llobet) and later run by various patrons and humanists of the 15th and 16th centuries which became one of the three great grammar schools of Majorca managed by the City of Palma.

When the Grammar School closed (around 1830), the sanctuary entered a period of decay and neglect.

In 1913, the Bishop of Mallorca, Pere Joan Campins commissioned the Third Order Regular of St. Francis (TOR) to renovate the buildings and restore the veneration of the Virgin and devotion to Ramon Llull. Since then TOR has transformed the place into a modern sanctuary with Ramon Llull at its heart. 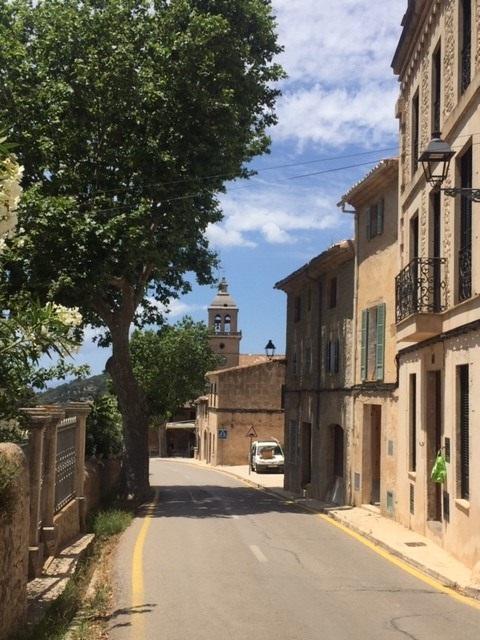 The current restaurant and the quarters of the main building of the monastery were inaugurated in 1956 as headquarters for Franciscan novices. Since 1913 the responsibility for the monastery is the Franciscans. Local people know them as “els franciscans”.
The religious from Cura were characterised by a simple life, open to welcome and to preserve the natural and cultural heritage of this sacred mountain. The Franciscans of Majorca are also present in different parts of the island i.e. San Francisco de Palma, La Portiuncula, Inca, Llucmajor and Arta.

A drive to Randa will give you peace, solitude, a great lunch in the Restaurant and fantastic views from the highest inland point. This is definitely worth a day trip just to find yourself at the top of the mountain so full of the history and past of Mallorca. 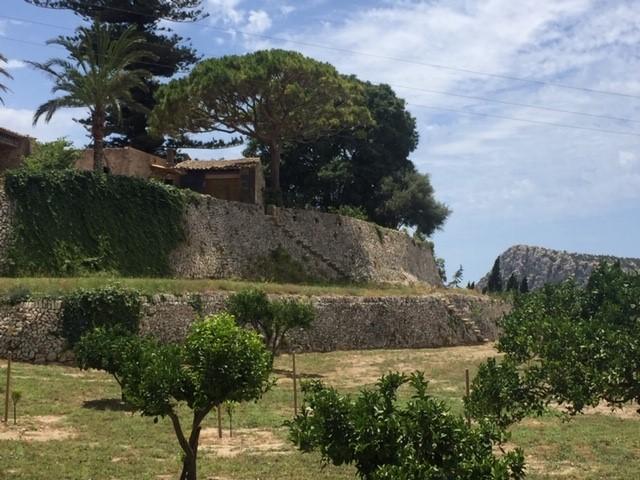 I am aware that the lack of visitors on the Island have meant that I have had many of these outings to myself. As it now gets hotter I wonder if visitors actually will find these inland places unless they are staying near them. The temptation of the beach and lounging by a pool is too great when the temperature starts edging up above 30 degrees.

The ‘Winter in Mallorca’ interest developing now would be a great opportunity to get many to take these trips. Ideal to have a wander in late September and up to Christmas. The authentic Mallorca is still here and slots in alongside some of the benefits of modernity and progress.