A huge parcel of gloom fell on us this week. A beautiful mural painted by a brilliant local artist has its place in the Plaça de les Teixidores. It was was covered in graffiti alongside Aqualia ‘s office window, the bus stop and other locations on Thursday night.

It took just a few hours to arrest the alleged vandal. Known to the police and many in the community he is now in some trouble. The sheer disappointment is being felt all round at the mindlessness of this behaviour.

A day before the police were called to a sensitive issue involving a minor. As the situation resolved the Police took to Social Media to congratulate themselves on their work. We looked on in horror as the inappropriateness became apparent and neighbours were outraged.

Is this all just the madness of summer?

Fiestas and markets
Soller people do not like heavy hearts. We are largely sunshine people and we welcome our visitors with smiles and positivity. We are looking forward to a waterside fiesta which started today with the arrival of the ships from France. 15 old fashioned sailing boats arrived today to Puerto Soller to celebrate our twinning with Port Vendres in France.

(This happened in 2017). This will be a photographers delight as they stay with us for 3 and 4 August before the flotilla moves on to call in at other Mallorcan locations. After their arrival, the puerto will be in party mode with events and music till they depart on 5 August to pop up in other locations in Mallorca. 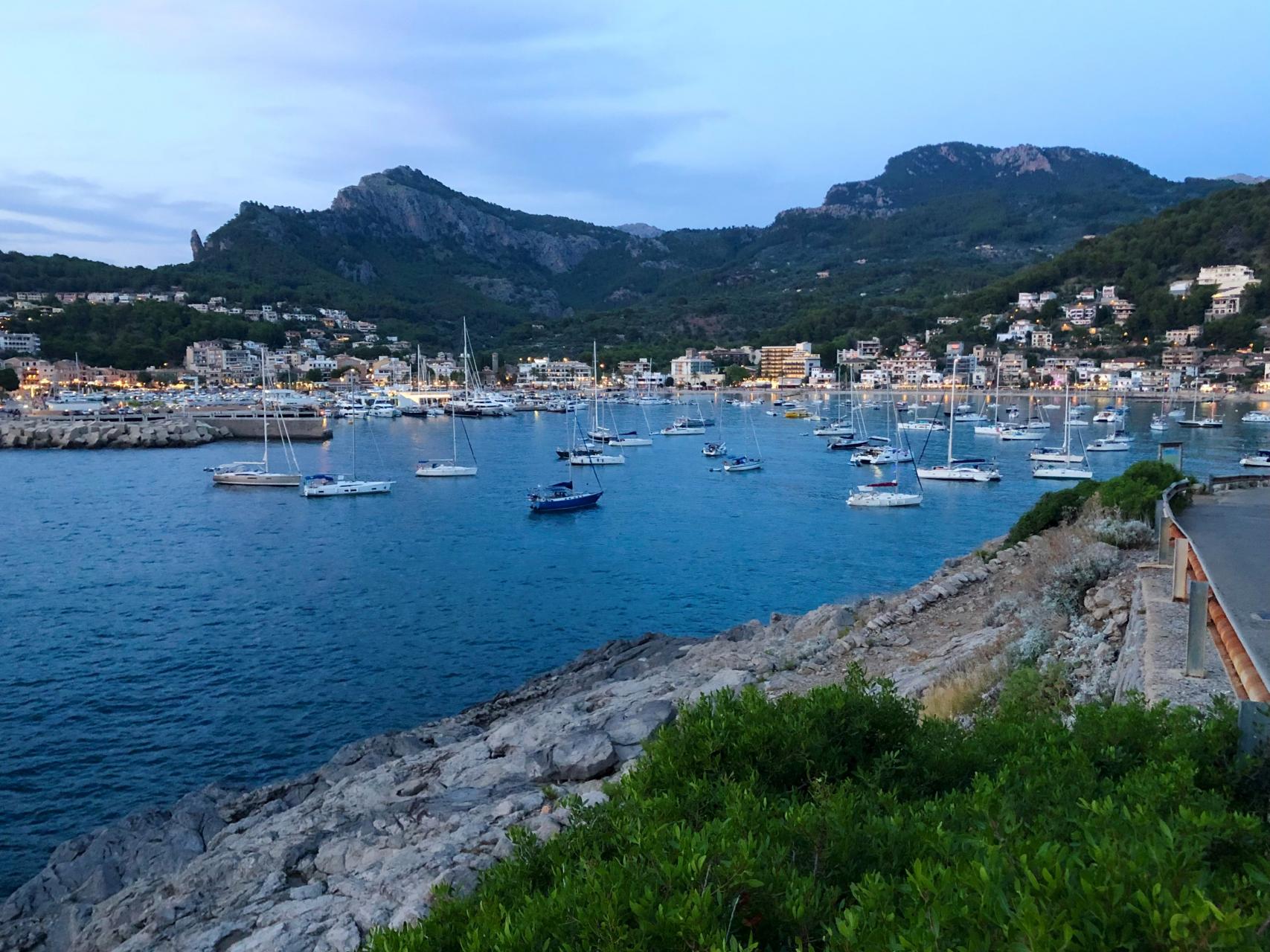 The market on Saturday was comparatively full as are walks along the seafront. Reality in the statistics gathered, say we are operating at about 25% of a normal summer. It is now August and some of business half year finances are being calculated. Some of our favourite restaurants are fully booked for evenings in a row. This is all such good news, but it won’t pay the annual bills. The season started far too late for that and the future of this year is anything but clear.

Visitor numbers
Moving on quickly to another good news story we find that different visitors make up our figures this year. More from Denmark, Holland, France, Germany and Scandinavia mean that we are increasing our exposure in those countries to a younger generation. Many of them reluctantly chose to visit us because of lack of choice. Some of them have put in offers to buy houses in the Soller Valley while they were here. The business model of who is doing what is just fascinating.

Car parks and bus stops
The car park plans have just been announced for Calle Cetre in Soller. It is all quite revolutionary, and the protest groups are forming. A two-story car park with an easier footpath to the centre of town is the key to the plan. In the development we say goodbye to a petanque court, children’s playground and the central bus stop of town. Petitions are being prepared and the Town Hall will be inundated with comments. 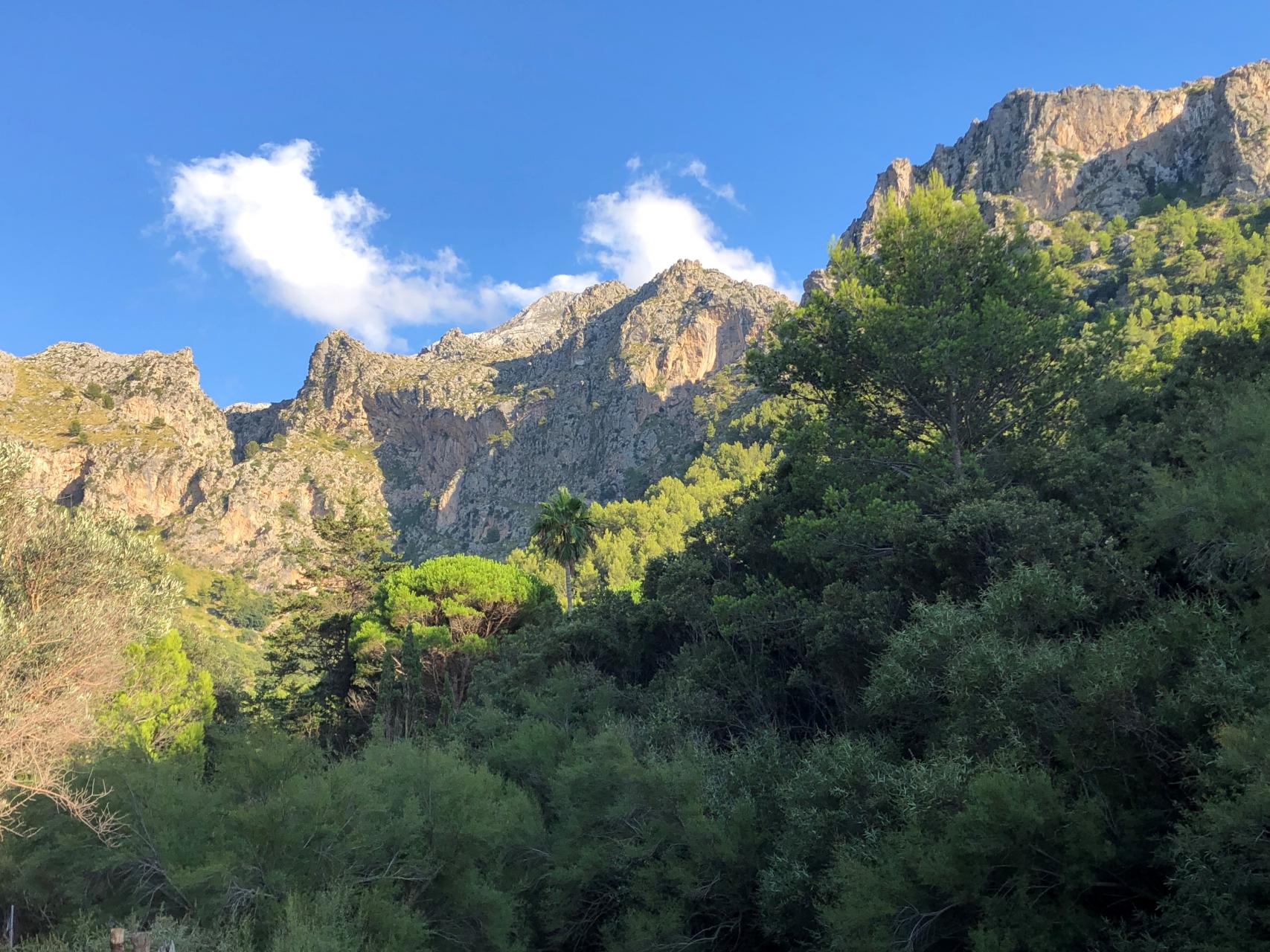 The Bus Stop should be the least of the problems as this was always destined to end up on the main road. The buses are much too big for Calle Cetre and were using this route until the new bus stop could be installed. The Municipal Petanque court will be found a new home as will the playground but people get very attached to their spaces and routines. The expectations of the new car park are for 402 spaces. This will take months to sort and the work isn’t starting, in what is left, of our summer season. The winter may well see huge car park work in both Soller and the puerto.

Making it up
So, August and the summer is well and truly here. Even Dame Judi Dench arrived in Puerto Soller last weekend. Family and friends meeting up is always a heart-warming sight and even more so this year. We are all learning new skills, amongst them is the realisation that we are just not prepared for next year at all.

We are living in unique times and no-one has written the rule book. We are making it all up as we go along, and we laugh at those definitive souls who think they have the answer. We really wish the planning for 2022 could be that simple.