I would like to introduce you to Margaret and Chris Robinson of Puerto Soller. These days they are content in the paradise they have created for themselves in the Soller Valley. The love their lives here and would not live anywhere else. Just peel back the layers a little and what do you find behind their settled exterior?

Margaret and Chris are originally from the Lake District, around Kendal. A Civil Servant and a Policeman got together and made their vows on 12th August 1961. They were happy living their lives, progressing in their careers and bringing up their daughter. There was an amazing amount of planning going on in the background because these two were never going to settle for an unchallenged life. They decided, from very early on, that they had one life and they wanted to see the world. 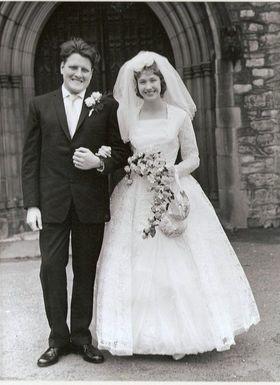 Travel in the 1960’s wasn’t quite the comfortable experience it is today with fine hotels in all locations and credit cards to keep you moving round the globe. Margaret and Chris tell tales of hostels and rooms along the way of their treks. There was no TUI to take care of all the details, the adventures and blunders were all theirs.

In their travelling years they achieved their ambition to see the world and this is a list of a small part of all they achieved. From Svaalbard in the arctic circle to Ushuia on Tierra del Fuego. 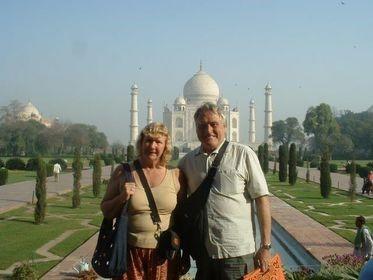 They’ve seen the mountains of Patagonia and been on the salt flats in Uyuni and down the silver mines in Potosi. They’ve been to the Iguazu falls in Argentina and Victoria Falls on the Zambezi. They’ve climbed the Sydney Harbour Bridge and seen the statues on Easter Island. They’ve seen the polar bears at Churchill and the orangutans in Borneo, the rock churches in Ethiopia and the temples in Borobadur.

They’ve walked on the great wall of China and been on the Ganges in Varanasi, seen St Petersburg and Moscow and flown in a small plane around Everest. They’ve been to Uzbekistan and Kashmir, Myanmar and Nepal, seen Angkor Wat and Macchu Pichu, Chichen Itza and Petra, Table Mountain and the Grand Canyon. Been to Hawaii and Tokyo, Auckland and Vietnam, Laos and Cambodia.

This is a couple who worked to live and travel. They were diligent employees but their passion was saving enough to get on a plane and just go see what was out there. Every year was a different set of stories of what they could cram into their holidays. Their minds were expanded by all they saw and larnt along the trail. 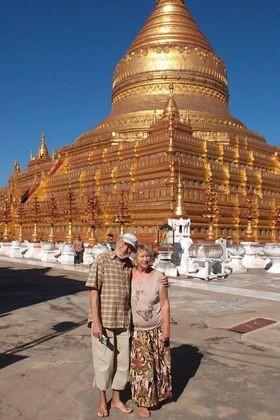 Not to mention the people who came into their orbit. Fellow travellers some, but mainly the lives of the people they met, fascinated them. Mallorca was on their radar from their honeymoon days when they considered coming here. It was actually family holidays which made them frequent visitors from the 1980’s.

They arrived when Puerto Soller was hitting its hey day as ‘The island within an Island’. The nightlife, dancing and sheer joy of life was captured behind the mountain, which in those days was pretty inaccessible. The people who came to Puerto Soller were there to have a great time and to party. Once they arrived by train from Palma or by car via the hairpin bends they just wanted to stay put. The Soller Valley rose to that challenge and the stories of the people just having joyous fun are legendary. 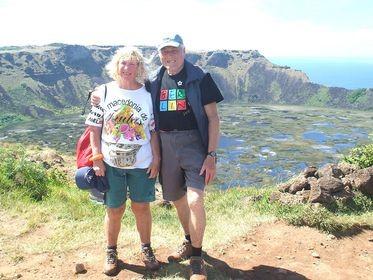 Margaret and Chris are a little slower these days but their memories are very alive to all they have done. They are now living in the place they loved from the moment they arrived and consider themselves blest.

They have seen the world and are now very content in the world of the Soller Valley, in Mallorca.

Happy Diamond Anniversary to Margaret and Chris from all your friends in Majorca...